Owen has the flu now. He's running a pretty high fever and he feels just miserable. I talked to him on the phone and he is a sicky boy.
Lily said that last night he woke up thirsty and she told him that the cup was beside the sink and he said, "Would you walk with me in case I fall over?"
And he was so happy and full of life yesterday. During the service he kept going downstairs to bring up food for us. Stacks of cheese, cookies. He drove home with Vergil and Jessie and Boppy and me and he talked the entire way.
"And one time..."
The stories unspooled, some of them based more in fact than others. He has such an imagination.
I told him when I spoke to him on the phone to take the medicine his mama gives him, to just stay cozy and get rest and get better.
He said he would.
He's been sick so infrequently that he was not prepared for this.
I talked to Gibson too and asked him if he was going to be a good brother and help take care of Owen.
"No," he said.
"Well, that's all right," I told him. And it is.
Yesterday when Preacher Andy asked from the stage at the Opera House if anyone else had a story to tell about Kathleen, Gibson spoke right up and said, "NO!"
I said, "He's two. He says no to everything."
It was that sort of service.

Mr. Moon and I went over the pre-op instructions this morning again. We have to be at the hospital tomorrow morning at six a.m. which sounds a bit insane to me. But by this time tomorrow, hopefully, it will all be over.

So here it is Sunday and once again, it is mild and cloudless, a perfectly perfect day.

Here are some pictures of the life around here. 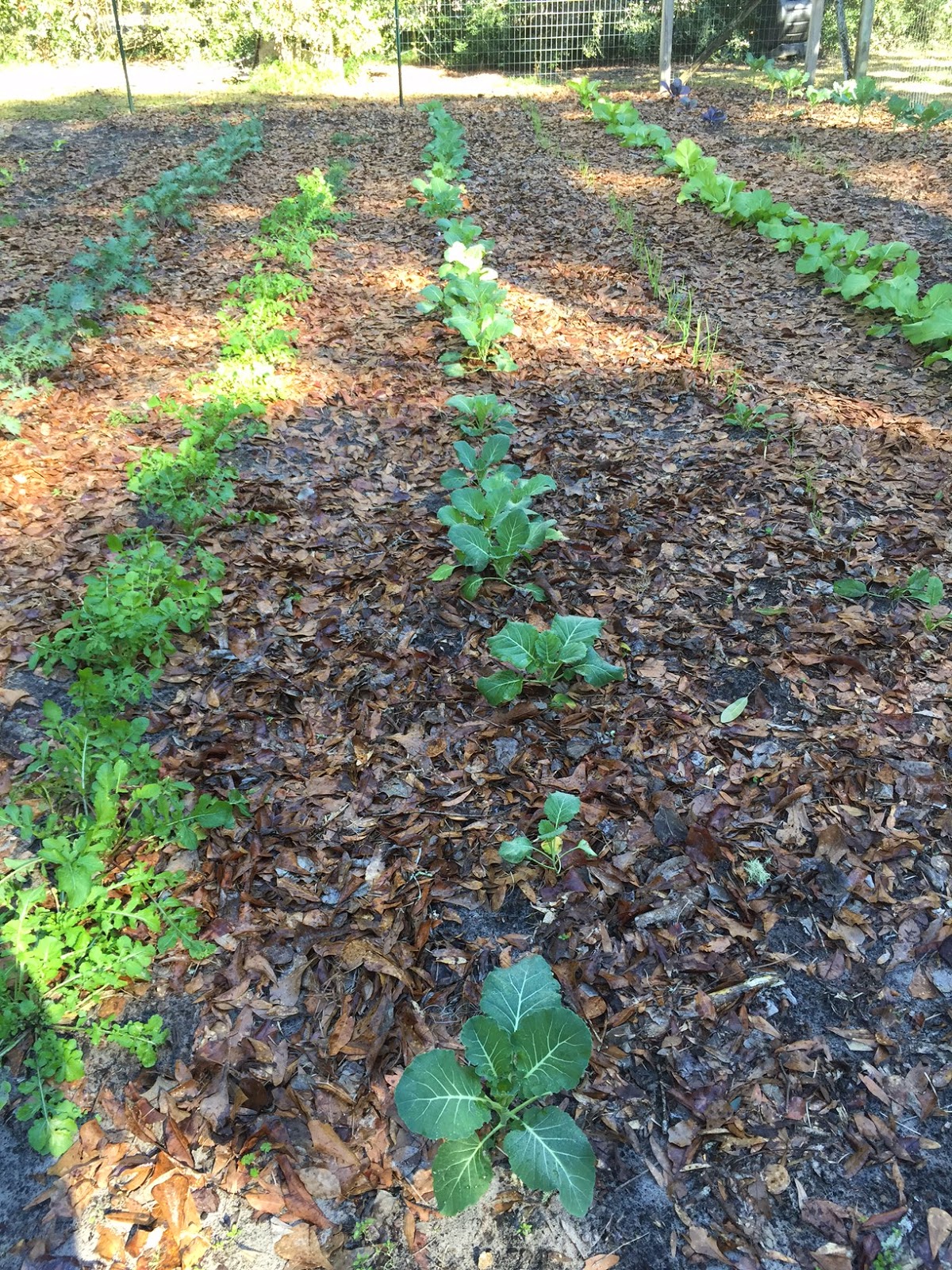 The garden, finally looking like a real garden. How I love the greens of the winter plantings. 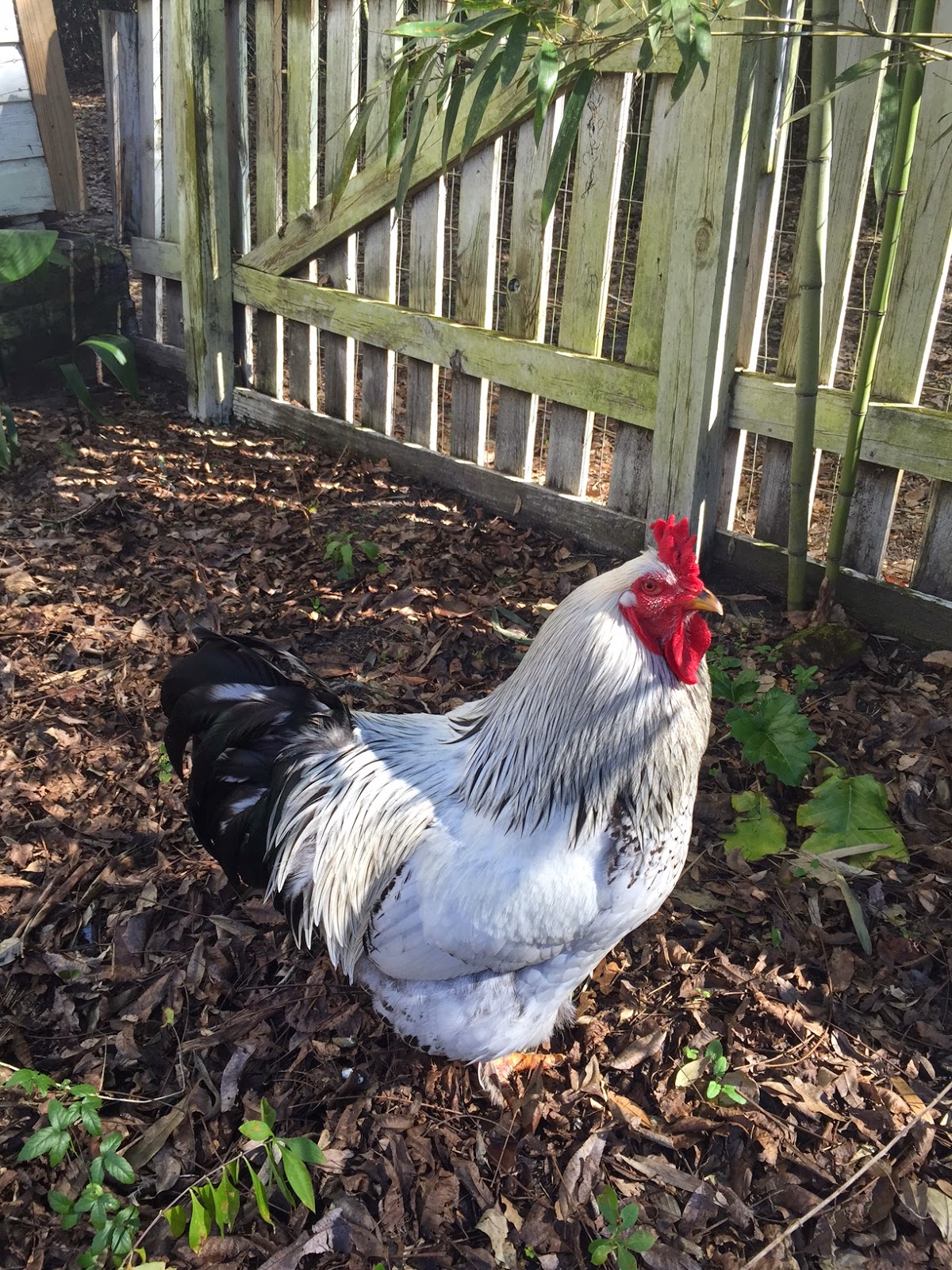 Elvis. Posing as he does. He is just the perfect rooster and such a handsome fellow! 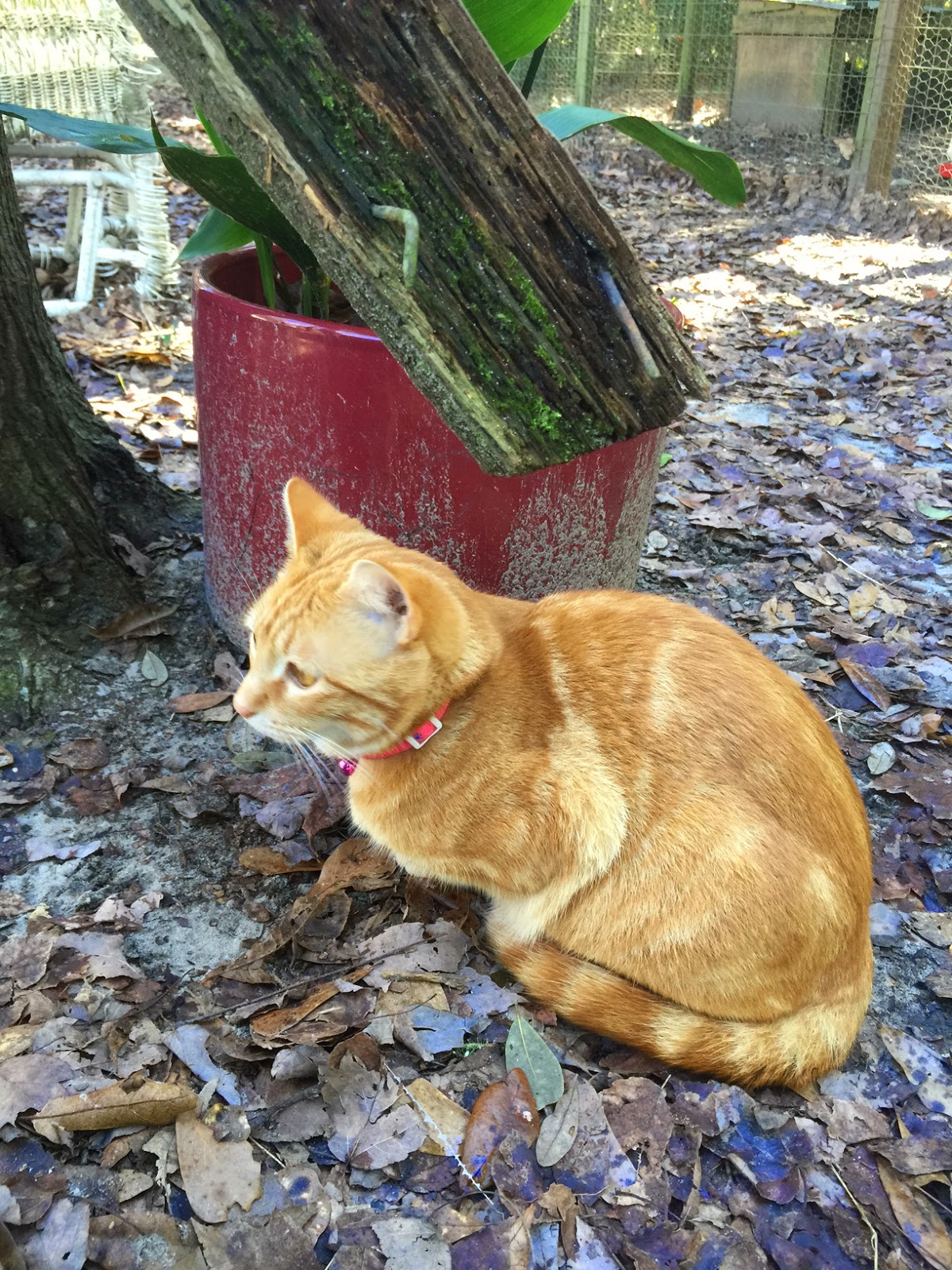 Maurice, just happening to be at the same place I was at the same time. Funny how frequently this happens. 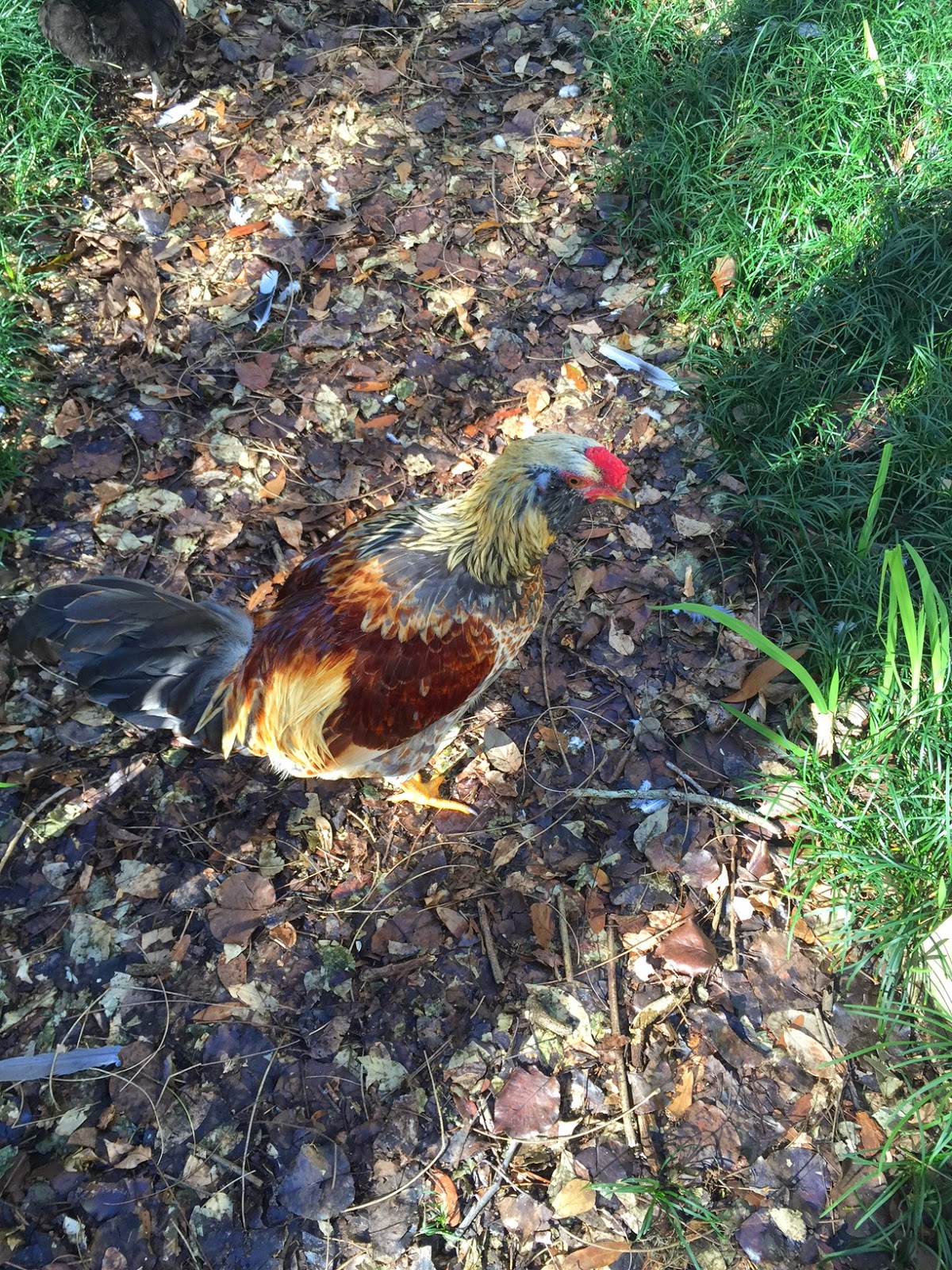 Mick Jagger. The coming-up rooster. He's hanging in there. He's a smart fellow and I do believe he is going to be astoundingly good-looking.

Mr. Moon and I are sitting here on the back porch, watching the birds. Tit-mouse, cardinal, woodpecker, sparrow. Chicken, duck.

What could be nicer than this?