Well, I have been sucking at answering comments or commenting to comments and I beg forgiveness but I've been some busy. This morning I woke up after eleven hours of sleep and felt like something a dog had dragged home and then eaten and then puked up and then eaten again but pretty soon I rose like an angel biscuit and after I'd taken care of Mr. Moon as best I could, I ran into town. Actually, no. I did not run. I drove in my automotive vehicle. Lily had a dentist appointment and I stayed with the boys while she went and we had a good time.
"Oh, Owen, are you so tired of being sick?"
"No! I love being sick. I don't have to go to school to learn!"
Huh. And of course now his fever is almost gone.
Gibson was full of hugs and kisses and we did a puzzle and played the fishing game and hide-and-seek and sidewalk chalk and tickle monster and outdoor swinging, etc. Here's Owen on the swing in his sick boy clothing. 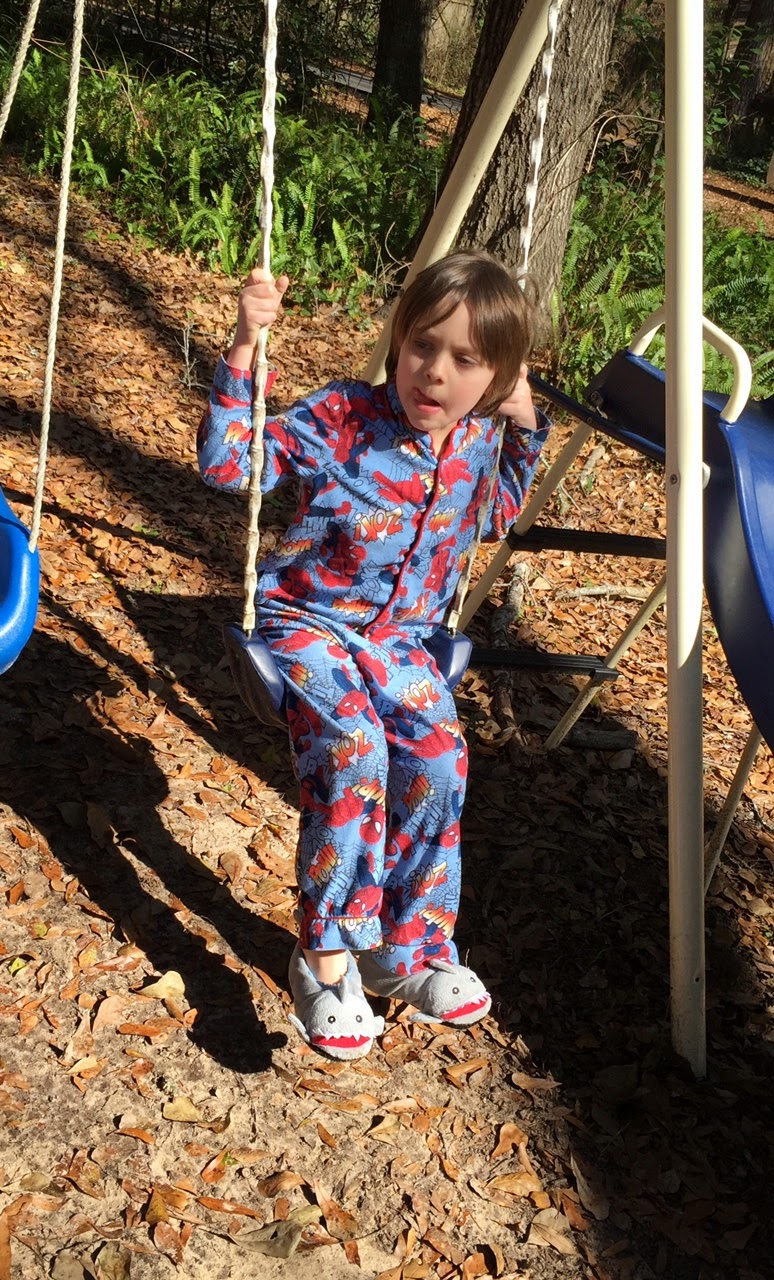 I tried to take Gibson's picture but he was having none of that.

After their mama got home I went to the liquor store and the feed store. Vodka at one place, chicken food and chicken wormer at the other. Dovie is not right. She hangs out all day beside the hen house and today would not come out of the coop. So...worming? I don't know if the poor little hen is depressed or has worms or is deathly ill. We worry.

Then I went back to Publix and bought stuff and came home and tended my husband some more. He HATES being out of commission. Hates it. But I think he is doing very well and I sort of like being able to take care of him. Teas and ice bags, kisses and snacks.
I went out and mixed up the chicken wormer medicine and gave it to all the chickens and refilled all the waterers and cleaned out the hen house and washed the dishes and ate some of my soup from last night. Which was delicious. A sort of Southern, grilled chicken Greek avgolemono creation. Made with duck eggs and collard greens and lemon juice. I also gave Dovie some left-over egg salad and took the trash and recycle and picked greens for our dinner tonight. And stripped the bed and am washing the sheets so that Mr. Moon can sleep in very clean sheets as we took the gauze off his incision site this morning.

And it's been a wonderful day. I think that for me, having a fine balance between tending others and self-tending is the way to be. God knows I need to be needed. 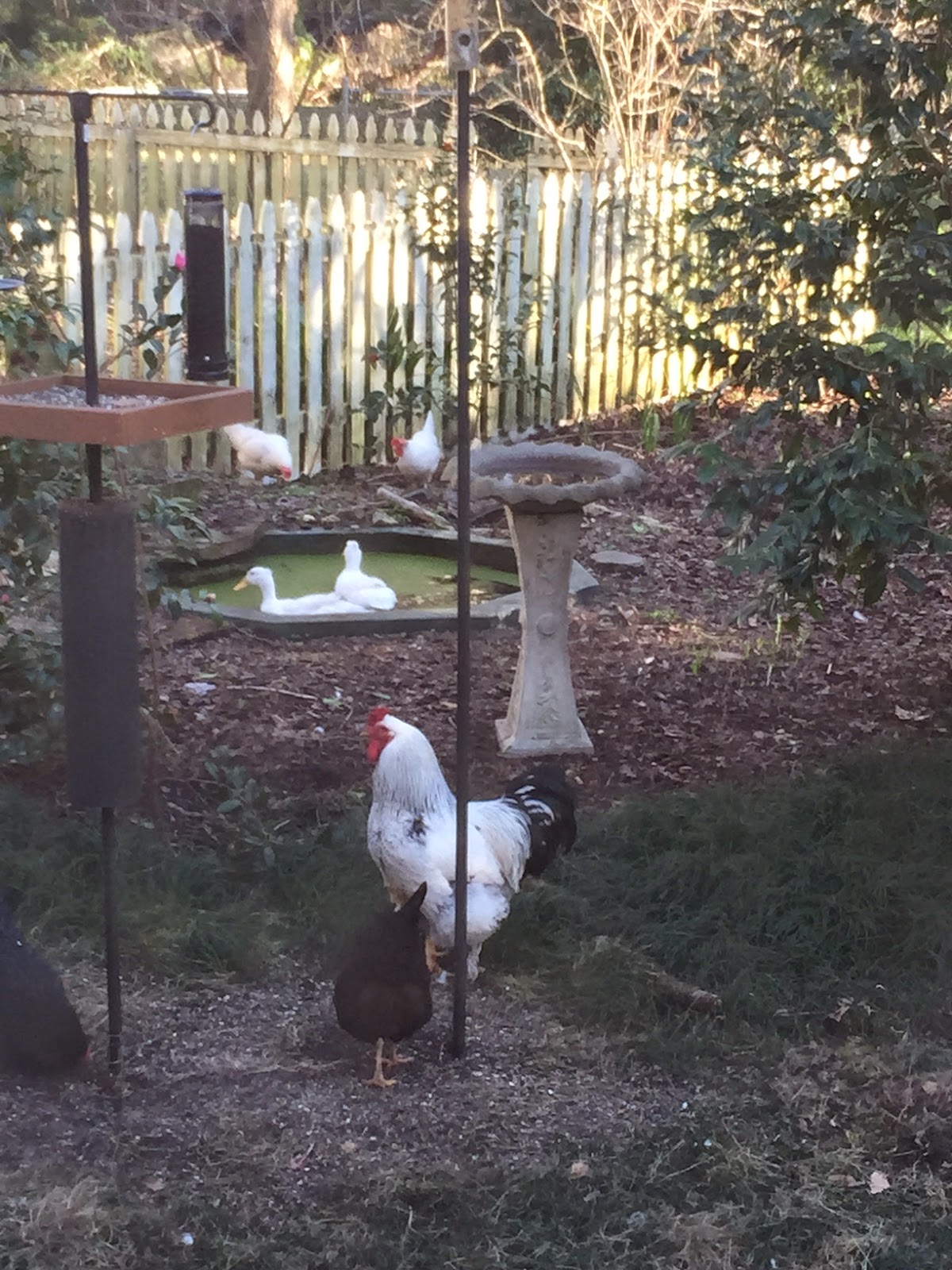 And self-tending includes sitting on my porch and seeing things like this.

And going for another sunset walk with my sweetie. We found blooming white violets and looked at the new ties on the railroad tracks and noted the swelling tips of the Japanese magnolia, the ash magnolia, the spirea (which is not a venereal disease) and the blooming daffodil.

I live in heaven. No wonder I never really want to leave.

Gotta go put up the chickens. Gotta go get supper moved on to the next level of preparation.

And did you SEE the British Baking Contest last night? Those meat pies! And the one with the haggis in it? Okay, that guy got sent home.

All is well with me. I hope with you too.