And Here We Are Again

I was hoping that Missy would show up this morning, just scared into hiding but I don't see her and I have not gone on a body-finding mission. And it's so gray and chilly and gloomy and I just feel so sad. I have to say though, that yesterday on my walk I saw this. 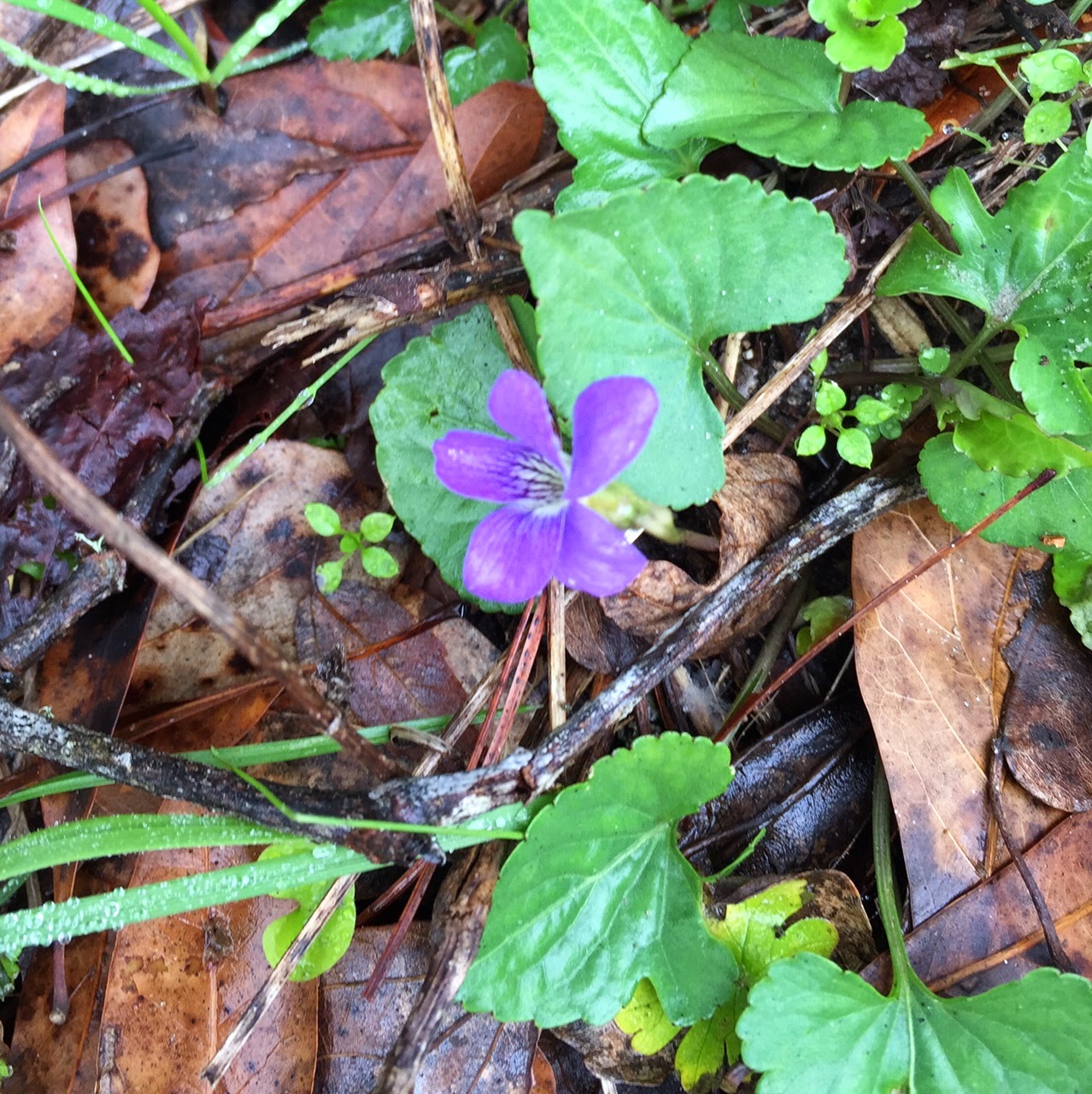 The violets are starting to bloom already.
Bless their pretty little faces, their promise of warmth and color.

And while Gibson was napping yesterday, Owen and I had a tea party and he wanted to make me dessert so he went into the kitchen and brought out plates for us. Each one held two small sweet peppers and two grapes. We munched and crunched companionably and discussed things. He's such a sweet boy. 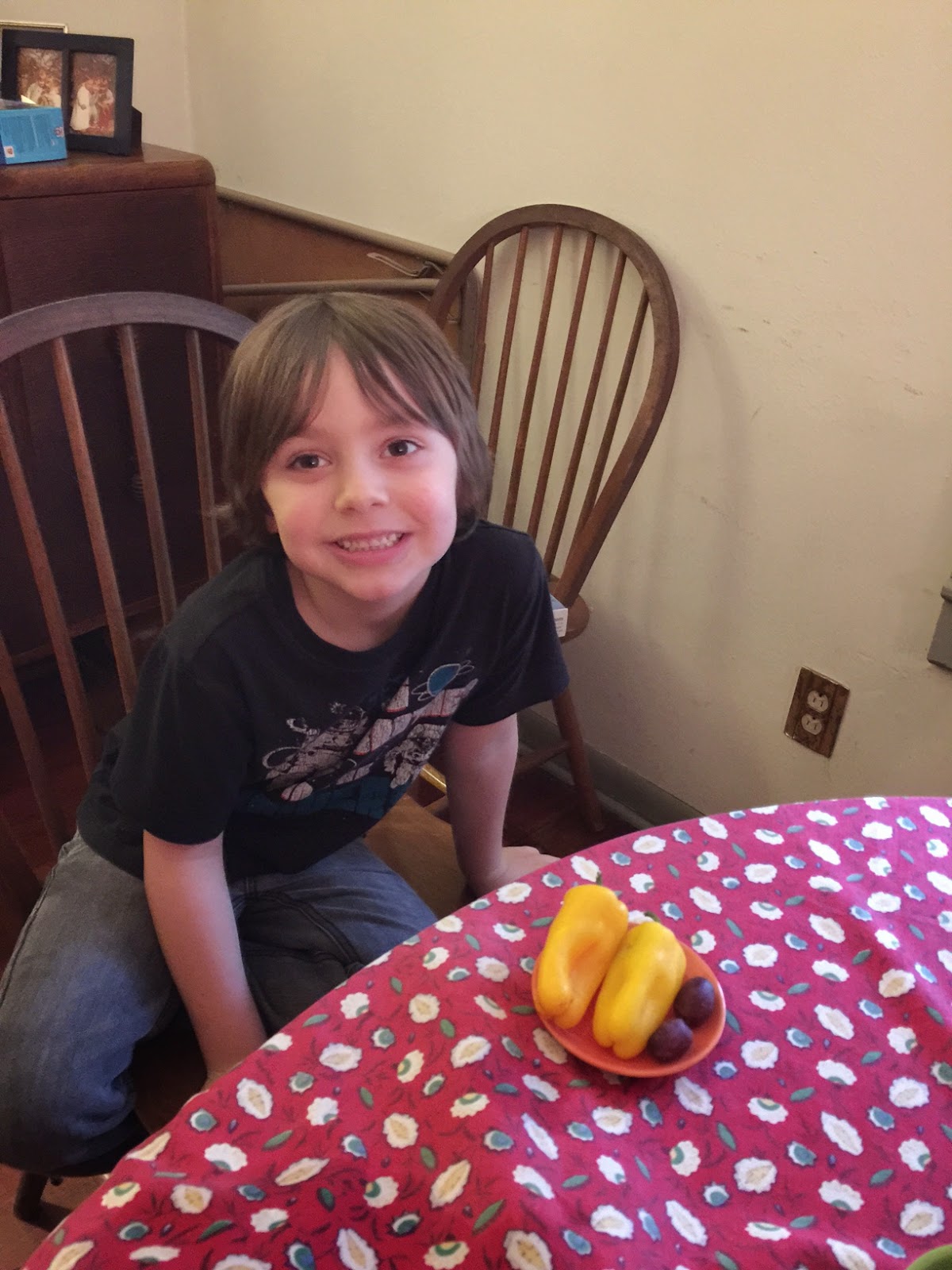 And a healthy chef.

They're finally getting around to putting in those railroad ties I guess. They're doing something on the railroad. And it's Wednesday and I need to go put on my walking clothes and get out there in gloom and doom and set one foot in front of the other.

Angie D sent me a video clip this morning and I've watched it and it made me tear up a little.

There's a little backstory which explains part of the video and it goes like this:

Everyone asking what happens during the song. Mick and Keith are singing. A girl in the front stageside yells for Keith to shut up. He hears her and is a little taken aback. He says, "Shut up?" and starts laughing at her. A slightly pissed Mick walks over between Keith and the mic because his interaction with the girl is distracting and is disrupting the song (which was being filmed live by Martin Scorsese's camera crew for a feature film). When Mick sings again later, Keith silently points to Mick while looking at the girl, as in "there you go, only Mick singing". Then, Mick, feeling bad for the treatment of Keith, goes over defiantly and begins to sing with Keith, and they embrace. The majority of the audience is moved by this gesture, and cheers. Take that, rude girl who told Keith to shut up. ﻿

You probably won't watch it and that's okay but it's a moment of sweetness.
And can I just say that I'm glad that Keith has quit dying his hair? Although that pirate look has always worked well for him.

Love...The Girl Who Has Far Away Eyes this morning.