This week has already lasted a month and it's only Tuesday. That's the way it is sometimes.

Here's a picture I took on my walk yesterday. 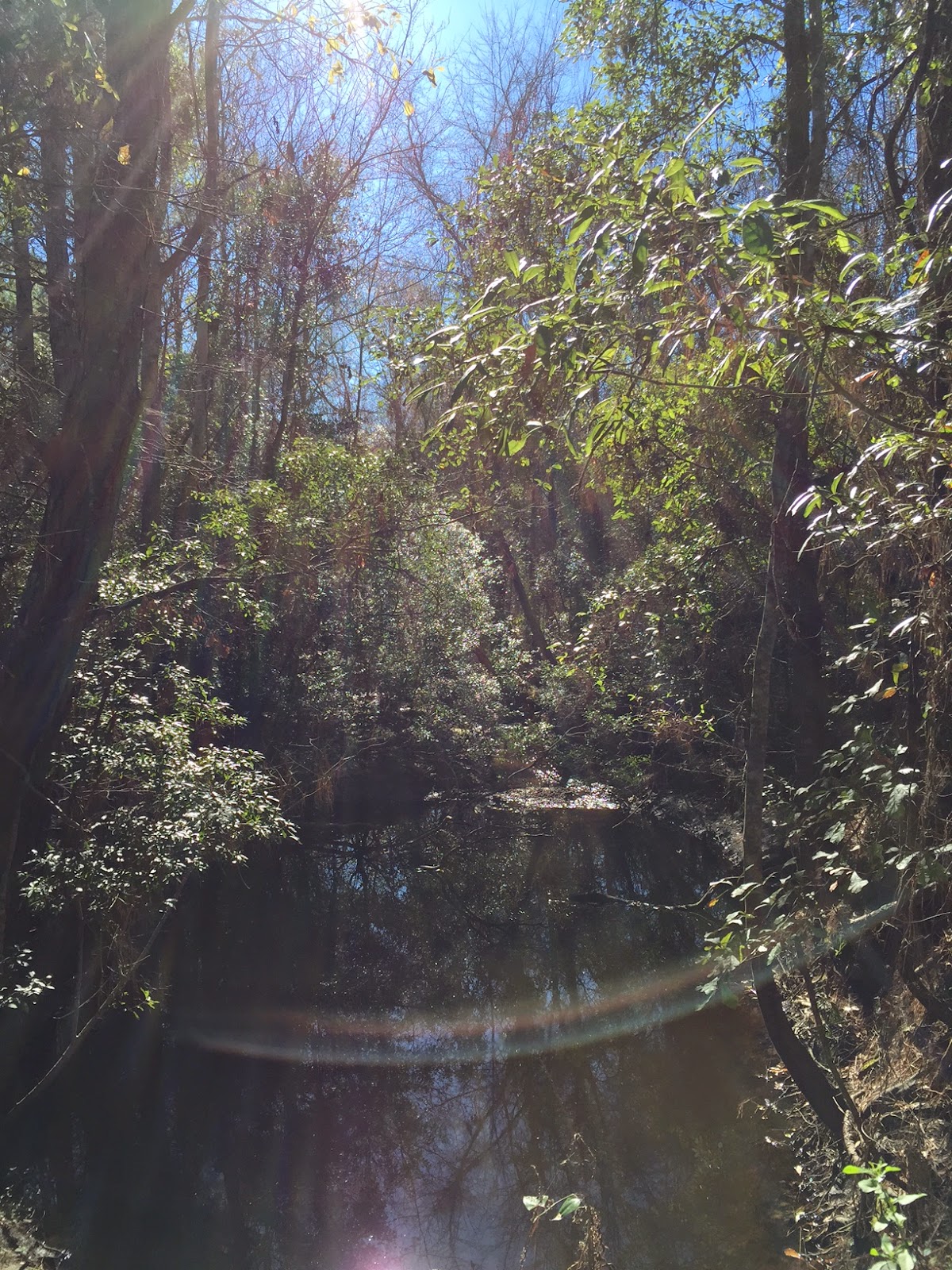 It's nothing but a little drain-off holding pond that runs into a tiny rill but if there's no visible trash in it, it's a pretty thing and I always remember to admire it.

I walked again today and saw a hawk on a branch and he saw me and flew away. I came home and took a shower and went to town and Jessie and Hank and I went to lunch at a Mediterranean place and it was good. I didn't talk much. I feel like being quiet mostly right now. Maybe I'm hunkering down into myself and that's the way that is sometimes. I know I'm apprehensive about my husband's surgery and also, Kathleen's memorial service is on Saturday afternoon and I wish like hell that neither one of those were necessary but they are.
Hernias don't heal themselves and people die.
Dammit to hell.

I saw Lily at the store when I stopped in to get a few things (and ended up getting more than that) and she looked still quite sick. She hates to have to call in to work. I hate seeing her sick. I also saw a friend who is marrying her sweetheart of over thirty years tomorrow in Monticello. I asked her if she was excited. She said she was getting that way but that after the ceremony, she was going to play Mahjong. They're getting married for the benefits but I believe that she's sort of happy to be doing it. Last year she and her sweetie got rainbow bands tattooed on their ring fingers. They consider themselves wed and have for a long time but this is another thing and now they'll be protected by law. I'm excited for them.

And here I am and the sun has set and I haven't gone crazy and am feeling okay, although tired.
Tomorrow I'm going to Monticello myself to meet with Bug and a preacher-friend at the Opera House to get things all planned out for the service. Bug asked if I would mind doling out bits of Kathleen's ashes to anyone who wanted them as she had requested to be done. I told him I did not mind a bit and would be honored to do so.
And I will.
I will take a teaspoon myself although I am not sure where I will place them.
I will not snort them as Keith Richards did with a few lines of his dad's ashes. But I understand why he did it.

Maurice says hello.
Nah. That's a lie.
But if she could talk and had any manners or gave a shit about humans she might.

Lots of mysteries in this world of ours and cats are part of them.

Be well, y'all. Have sweet dreams tonight.