Love And So Forth

Do you remember this morning when I said that Mabel was sitting on the perch beside a nest and bawking and bawking? Well fuck me if that elderly hen didn't lay me a nice green egg. Bless her sweet old heart!
I wonder if the recent introduction of a young rooster with all his sparky manliness is inspiring the old ladies. Do you suppose they titter behind their wings and talk about his vigor, his handsome thick legs, his developing crow, his ugly beauty?
The young man flew up onto the fence by the pump house as it as getting dark and I went out and took hold of him and gently carried him to the hen house, speaking softly to him, stroking his soft head. Then I did the same for Camelia. I love the way they startle but settle right down in my arms, letting me speak to them, stroke them, place them in hay. I love the idea of them being safe and tucked in with all the other birds.
Except for Dovie, that mysterious little woman bird.
Glen and I were listening to WOYS, Oyster Radio, on our way back from Apalachicola. It's a very fine station and is run by one man and he plays what he wants and they have a pretty good Facebook page too, keeping me up on all the news from Franklin County. Bear attacks, bungled burglaries, stupid things local politicians do, fishing conditions, etc.
Anyway, they played a song by Johnny Cash or at least sung by him and it was all about the coming of the Lord, you know, and the lyrics were just so strange. Virgins were either trimming their wings or their wicks. I don't know. But one line made us snort with laughter. It was about "Father Hen calling his chickens home."
Father Hen?
Good god, Johnny! You know better than that.

Anyway, la-di-dah and if there is an afterlife, Johnny is dwelling there now and for all I know, Father Hens abound.

My boys came over today and it was glorious to see them. It had been awhile. We didn't go outside as it is just gloomy as hell out there so we stayed in and did Lincoln Logs and smelled spices and stuff like that. Watched some good ol' Tom and Jerry which is their favorite cartoon, Sponge Bob coming in second. They did a little painting and coloring too and Owen looked at a newspaper I had here on the back porch and he wanted me to write down the word "scary."
Okay. No problem.
So I did and this is what he did with it, copying it carefully. 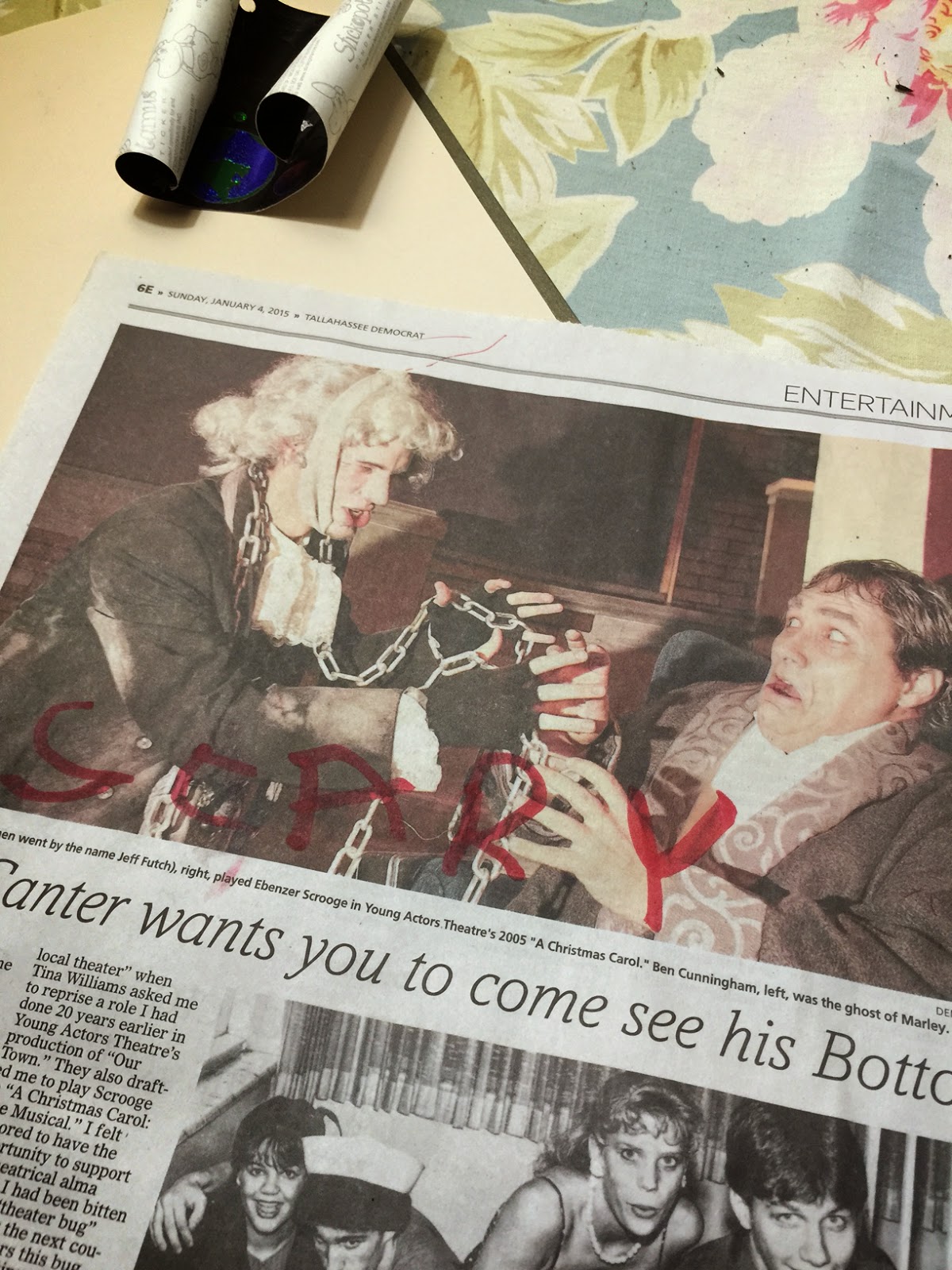 I was impressed.
"That IS scary," I told him. "And what a great job you did writing that!"
"Thanks, Mer," he said.

When Jason got here to pick them up, Owen and I were playing a hot and fast game of War or Battle, whichever you want to call it. He really knows his numbers now and the child always beats me. We had the Beatles playing and Owen had set the needle on the record and he did it perfectly! Gibson was running around the dining room where we were playing and dancing and doing all sorts of Gibson things and then he said, "Daddy's here!" and I was so surprised because I had not expected him yet, but here he was and the boys went wild, running about and trying to avoid leaving but only jokingly because they love their daddy. Boots and socks were put on, jackets were put on, last-minute sips of juice were demanded, given, and drunk, and then off they went.
My threat-of-the-day to Owen if he did not behave was to make him eat wasabi peas and preserved lemon rind. His eyes got huge and then he spanked my butt and I said, "That better have been a pat and not a spank!" and he said, "No, it was a spank." And then he laughed and ran off like a Ninja and no, he did not eat any wasabi peas OR preserved lemon rinds but he was pretty well behaved as was Gibson.
Mostly.
He is, after all, two years old. And he always says please and thank-you and sorry which charms the cockles of my heart and forces me to kiss him although he usually tries fiercely to fend me off.

And here I am. Mr. Moon is gone to auction and it is dark and before it was dark it was foggy and it's not cold and the humidity must be 100% and I think I'm going to make some curried shrimp and vegetables and brown rice because that sounds so good. We bought shrimp on our way home yesterday and I think I can steal a few for my supper tonight.

I have to say it's been the sweetest day.

I hope for you too.