The Rest Of The Story

Well, those boys were fine today. Owen did not cry ONE tear going to school today and we were all quite thrilled about that. I think he might have been the most thrilled of all. Dude's getting his game on. He also told me that he's not sure but that he might be in love with Clair. Maybe. He might be "in it." His birthday is coming up real soon and that child wants everything advertised on the TV. Well, except for the "lady" toys. The other day I was fixing the children some chocolate milk and he screamed so loudly from the Glen Den that I thought for sure that the TV had fallen on his brother or something equally horrific. Perhaps an antique sword had fallen off the shelf and pierced one of them in the heart. I raced down the hall to find that he was frantic for me to see the commercial for this. 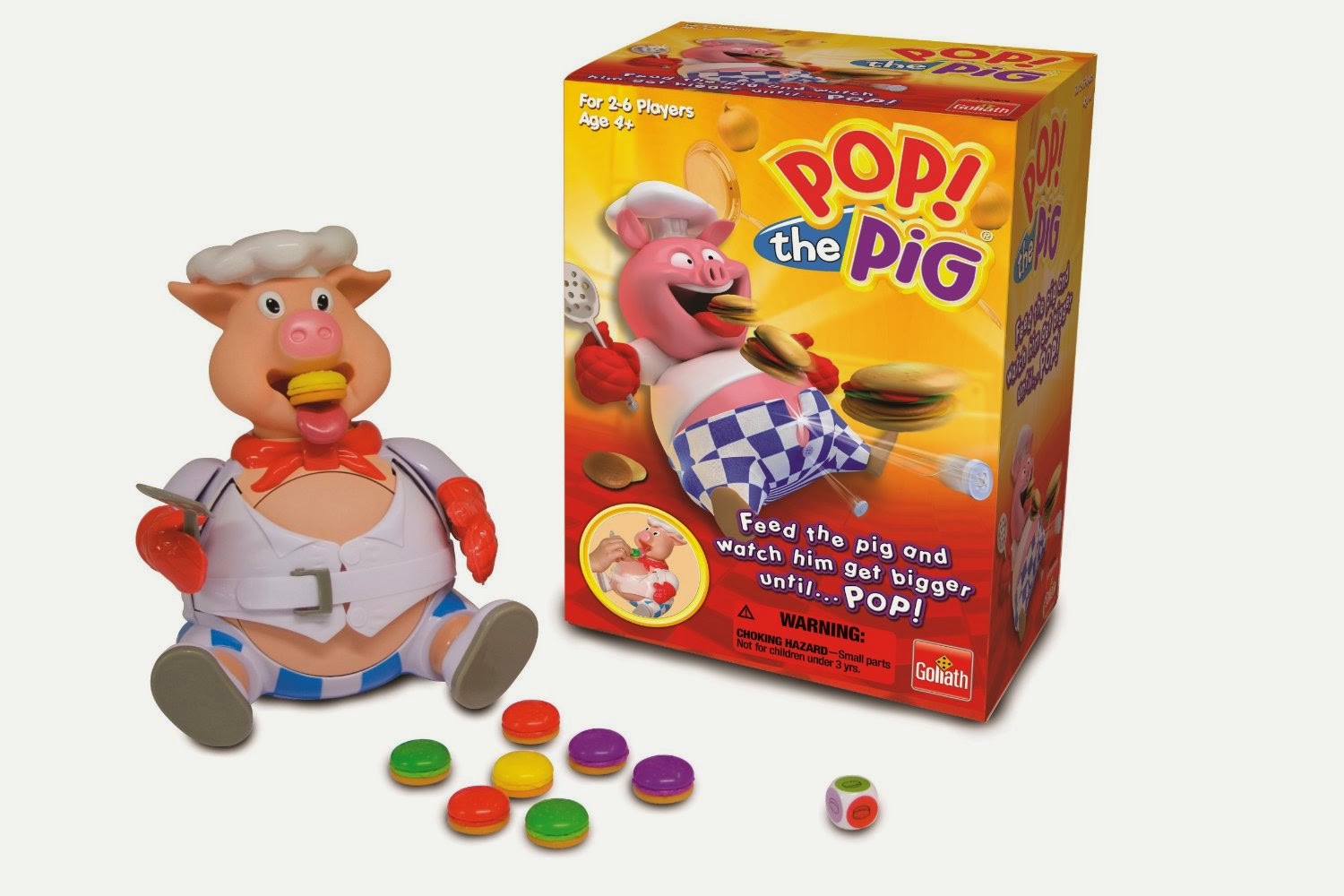 The players feed this poor pig until it pops. That's the game. This somehow seems to me to sum up almost everything wrong with our society today and yet, there is a very good chance I will not only buy it for him but will also play it with him.
Hey. It's got to be better than Candy Land.

The child is getting better and better at climbing trees. He scares the life out of me. "Could you reach up here?" he asks.
"No, so come down."
"I don't want to."
"Well, I have to pee anyway. Come on."
"Just pee outside Mer. I won't watch you. It's okay."
"No! Come down from that tree!"
Etc. 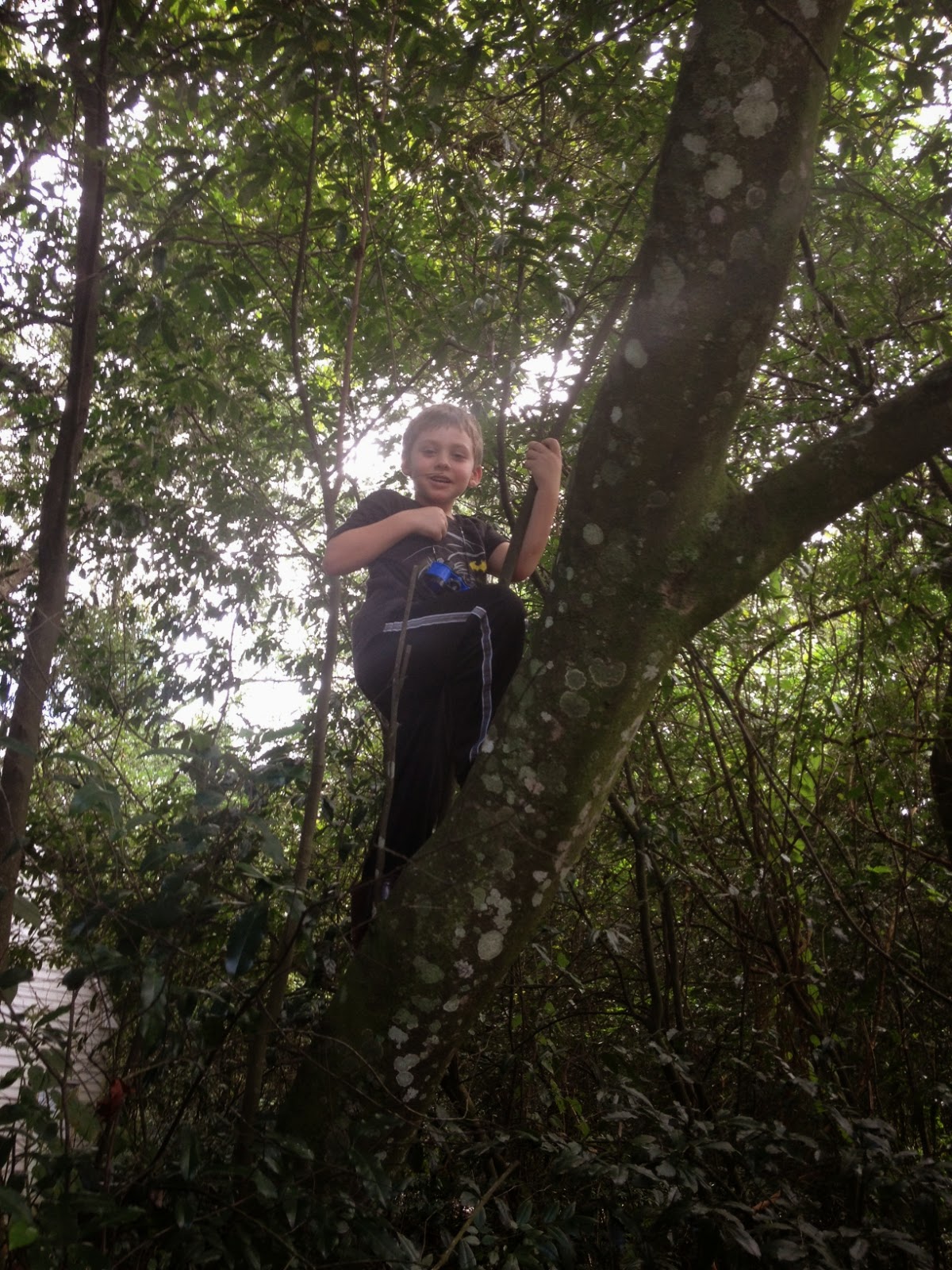 Gibson's verbal skills are increasing at a rapid rate. He talks a blue streak, much of it now English. He slays me. He wanted two eggs today. First I cooked him one and then he wanted another. He is completely enchanted to go find eggs and then have me cook them for him. And of course I do it. He tells me to give him bread for the chickens. This is a scam. 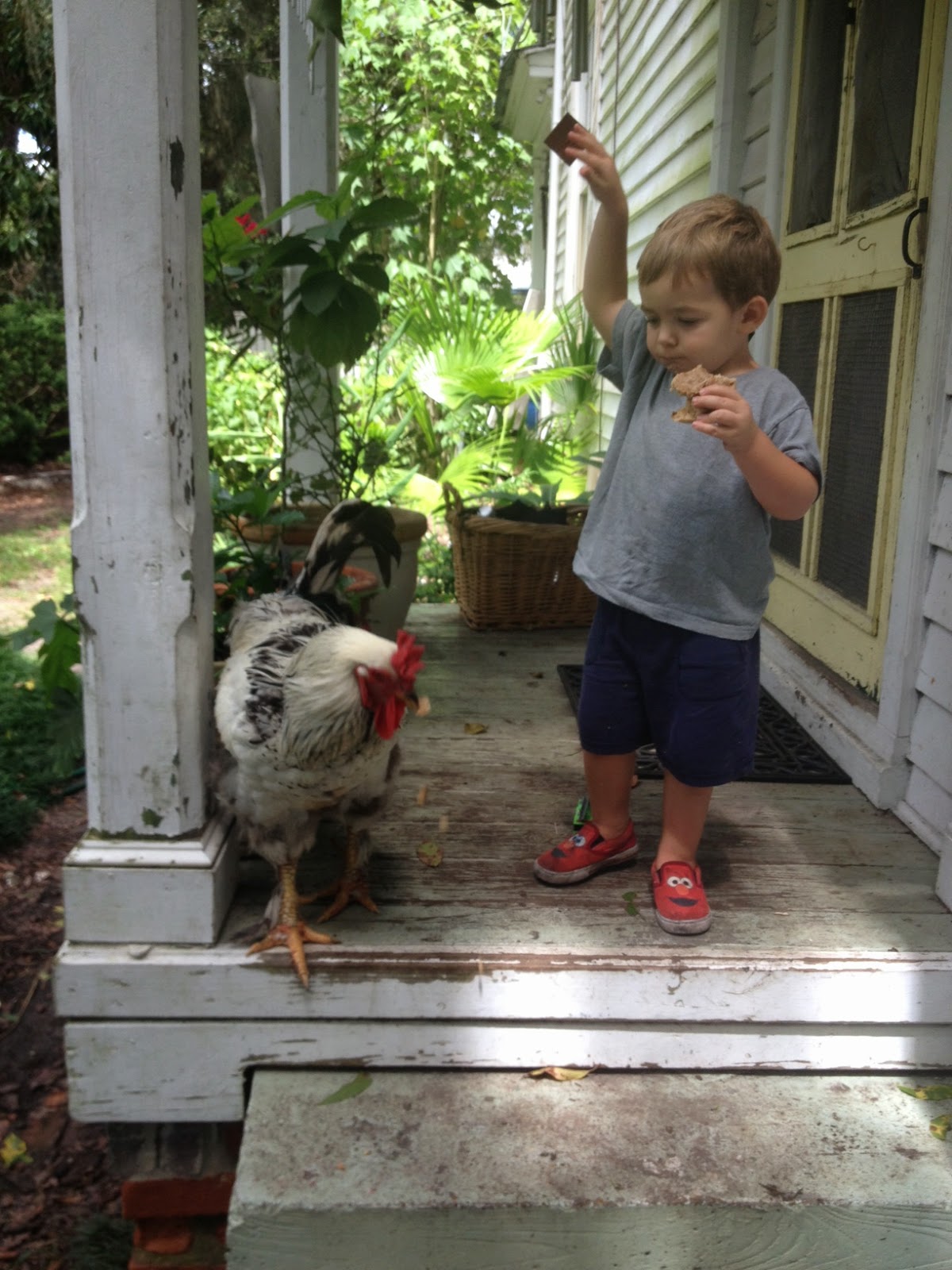 Sure, he gives some of it to the chickens but most of it gets crammed right into his little mouth. It's like the Benevolent Order of Chicken Protectors.
He is a kisser, a hugger, and a snuggler. He is a racer-across-the-bed when I am trying to change him. He likes to stir his own chocolate milk. He always spills it. "I make a mess," he says.
"I know," I tell him. "It's all right."
He kisses everything he likes from toys to eggs fresh off the nest. The way he pronounces "Maurice" cracks me up.
"I love you too!" he says, sometimes before I've even told him that I loved him in the first place. Mostly when he thinks I might be upset because he just whacked the hell out of his brother.

This is what those boys are like now, Owen almost five, Gibson two-and-a-half.
My god, I love them.

So it turned into an okay day and Jessie is coming tomorrow, I think, and my brother White sent me pictures from a trip that Glen and I took out west and went to see him a long time ago. I can't even remember what year that was. But here's one I really like. 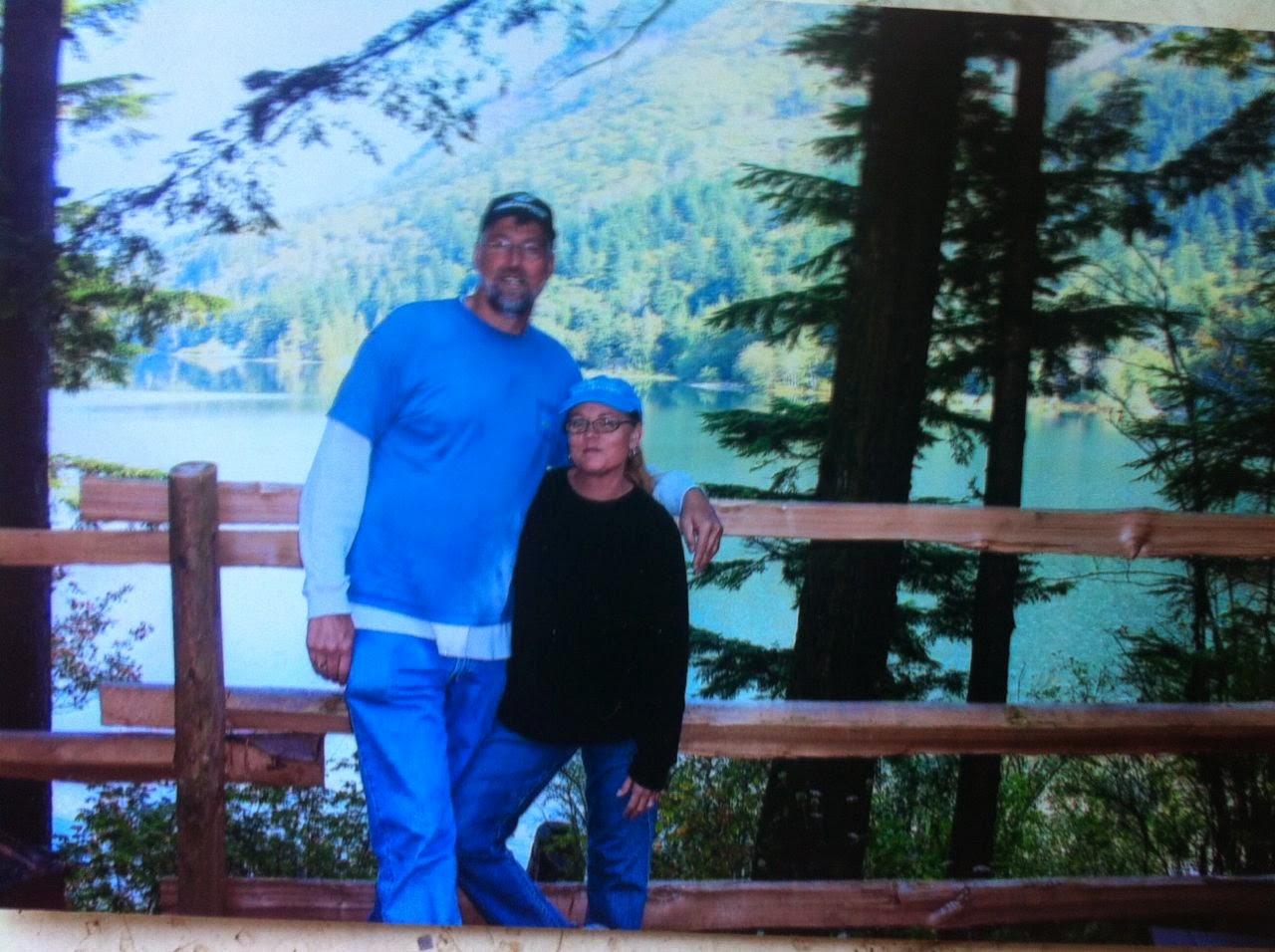 That was such a great trip. I'd love to do it all over again. Thanks, White! Not just for the pictures but for the sweet memories.

Once again I did not go insane completely and I have an appointment tomorrow to go see my regular dentist to see if I can finally make up my mind about the bridge versus implant situation.
Jesus. I need to just get this shit OVER WITH.

Let's all have sweet dreams. Or at least interesting ones.