Neither Cosmic Nor Profound But Definitely Heart-Felt

I got a comment via e-mail today from someone named Rich who said that his wife reads my blog but is too shy to write to me herself so he was writing for her and she told him to be a gent and to introduce himself and so he was and he did and said that he hears about me all the time and sees some of my pictures and even knows who Nicey is.
I was so charmed. I hope that Rich's wife gets over her shyness to tell me what she is thinking, a little about her and Rich's life. I would like that.

It's funny- I so often forget that more people than the ones who comment here read here. I know it must be so but if I never get to hear their voice at all, I cannot possibly know except through the dry bones of analytics and stat counters and I rarely check those at all. So let me just say- if anyone ever wants to comment but feels shy, to please not feel so shy, to let me know you're there. It means more than you can know.

My boys came this afternoon for a little while. Well, actually, I went and picked them up because Lily was having a bit of car trouble. Owen is having a very large problem with school. After the first few days of loving it and being excited to go, he suddenly did a complete 180 and dreads it with a horrible ferocity. He starts crying the night before and says he doesn't want to leave his mama and the mornings are a nightmare for them both. The teachers report that as soon as she leaves, he is okay, fine, lovely, and when Lily picks him up he is happy and reports having had a good time. But something is going on and it's breaking our hearts. When I say "something" I don't mean at the school. I mean in his own little incredibly wise and sensitive head. He tries so hard to logically figure it out. He says, "I have a good time and I don't know why I feel this way."
He is sincere. He is not just being dramatic.
Today he told me a bit sadly that one day they did have peanut butter cookies and that was good.

Oh Lord. I thought that my heart could never ache any more than it did for my own children when they were having problems when they were young whether at school or during difficult transitions or with anything and whatever they were going through which was overwhelmingly difficult and they ALL went through something at one stage or another (and another and another) and I wanted to solve all of their problems and I wanted them to be happy, always, and contented and feel safe and good about themselves and their lives. Children feel things so very deeply and I know that because I remember and they so often feel as if they can't say their true fears out loud and sometimes they just can't because they themselves don't even know and really, aren't we all like that, even as grown-ups, as parents, as grandparents, as human beings?
I thought that my heart could not ache any more than it did then though, as I said, but let me tell you- it can. It does.
I want so badly to tell Lily that it's okay, he doesn't have to go to Pre-K but I know that's not the answer. It's three hours a day and he needs to learn a little bit of structure. He needs to play with other children. He needs to know that he can leave his mama or his daddy or his grandmothers or his grandfather and go into a very safe and loving place with other people for just those few hours a day but then part of me wonders...why?

I am too tenderhearted. I know that. And I love these children so much. They are the most loving and they are smart and they are kind. Owen told me today that if I cried, he would help me get the tears back in.
Just to write that out makes the tears flow and he is not here and I do not care to get them back in. Let them flow.

We had a good time today, those boys and I. Boppy cut a door and I cut a window into the box-house and we had several parties in there. Jessie was there too (in our imaginations) and Gibson and I laid down and had a little nap together (in our imaginations) and Owen ate a bowl of popcorn in there (for real) while Gibson was napping. And I sat on a footstool and blew bubbles into the window for them and they went wild, WILD I tell you! flailing at the bubbles and laughing until I thought they would burst. Owen loves his Boppy's new chair and praised its softness, it's smell.  Gibson fell asleep, leaning on me as we sat on the couch and I gently lowered him to a pillow where he napped.

They are gone now. I've gotten the clothes off the line, folding them as I do into the basket and I've put them away. I've tidied up. Mr. Moon is on his way to Orlando and it will be me and Maurice tonight. Tomorrow I am going to a feed store to buy scratch and a new waterer. I am inordinately excited about this. There was a wreck at the intersection near my house this afternoon before the boys got here. I was putting coffee grounds on the ferns on the front porch when I heard the horrible screeching of brakes, that interminable tenth of a second and then the impact. I grabbed my phone and went down there, less than a block away and no one was hurt, there were no children. I offered my house for anyone who needed water or anything after being reassured that no one was injured, that all was well, and I came home and was so grateful that it had been no worse than it had been.

Are you okay? I want all of us to be okay. I want that so much. I want us all to be able to get up in the morning and be fine with what is before us. I want all of the babies to know they are loved and that they are safe and that they can peacefully fall asleep against a loving grandmother's breast, her old, soft arm tucked around them. And none of my wishes are worth any more than a candle's flame in the dark. Probably less.
I think will go light a candle. I feel the need to make wishes visible as the sun sets and the crickets sing it to bed in a great humming chorus which sounds from where I sit as if it fills the world.

It fills my world. 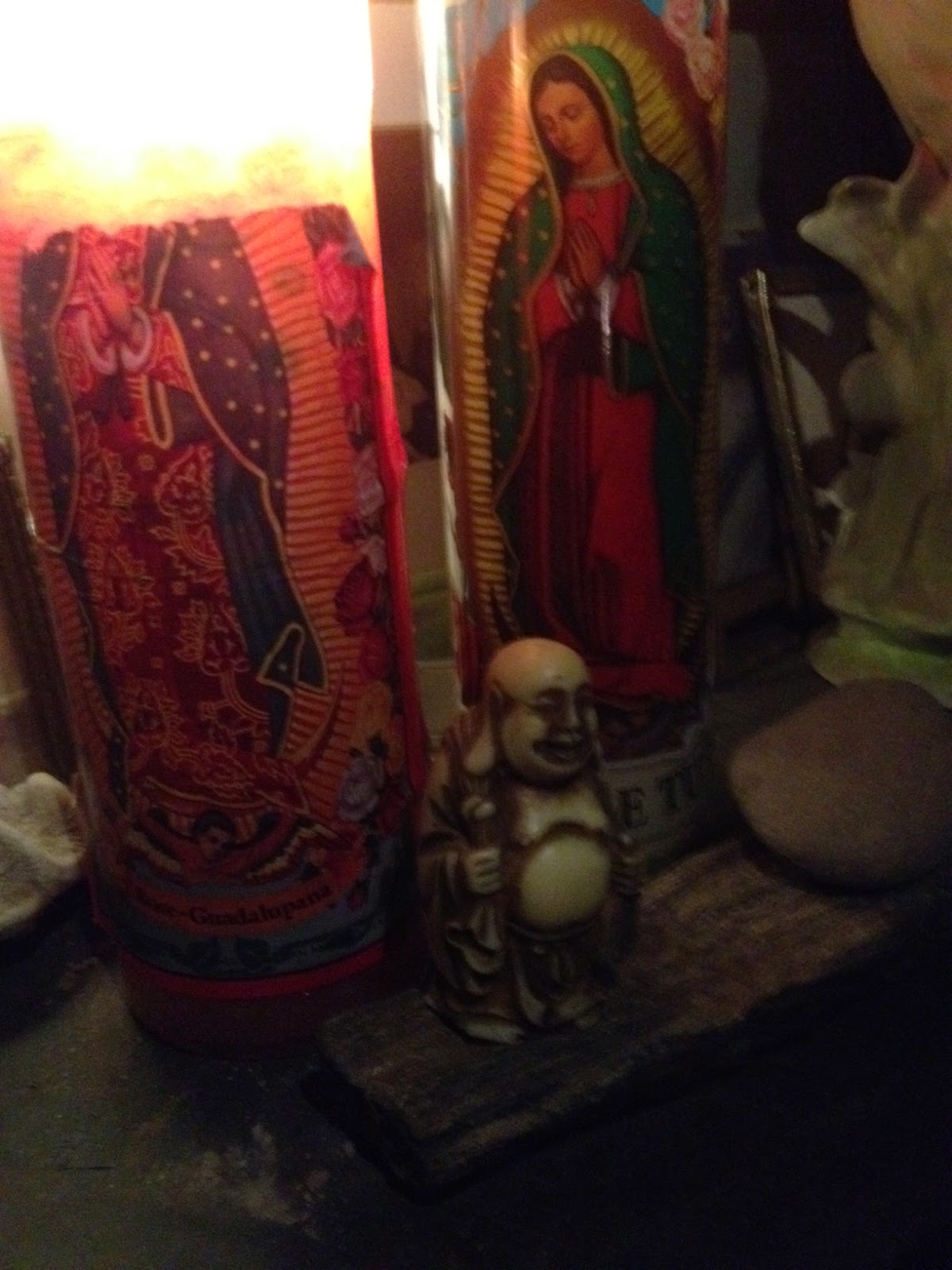