The chicken waterer and scratch purchase took about 87 seconds. That wasn't so hard.

I'd show you a picture of the new waterer but come on, people. This is already the most boring blog in the known universe. Well, that's not true. I know one other one that's right up there. No. I will certainly not tell you which one and it's NOT YOURS!

I just feel boring and stupid and it's so goddam hot and I have to get up at a reasonable hour tomorrow to go to my orthopedist appointment at 8:30. Why did I think that was a good idea? And he's probably going to take x-rays and look at them and say, "Yep, that's severely messed up. Nope. Nothing we can do about it. That'll be three thousand dollars."

Seriously, whatever it costs I'm pretty sure I could live for a month in Mexico for that amount. Which is an option I am considering more and more lately.
Goddam it! Why didn't I take Spanish in college? Two years in high school and all I can do is ask where the bathroom is and say, "I'm hungry," and, well...that's about it.

I'm sort of pissed off at Maurice. I ask that cat to do one damn thing- sleep with me. It's so comforting. Especially when Mr. Moon is away. I give her food and treats and open the door for her when she wants in or out. I don't yell at her when she brings me lizards with no legs and no tails, i.e, a head on a stump. I got her spayed. I got her shots. I try to give her flea treatment. And how does she reward me? By making it painfully obviously last night that she would rather sleep BY HERSELF than with me.
Damn cat. Thinking she's all superior and shit just because she's a cat and has fur and shit.
She finally crawled into bed around five this morning and I was worried about her half the night.

Let's see. What else can I bitch about? Not Angelina Jolie's wedding dress and veil, I'll tell you that. She had the veil stitched with designs her kids had drawn and if that's not about the coolest thing ever, I don't know what is. 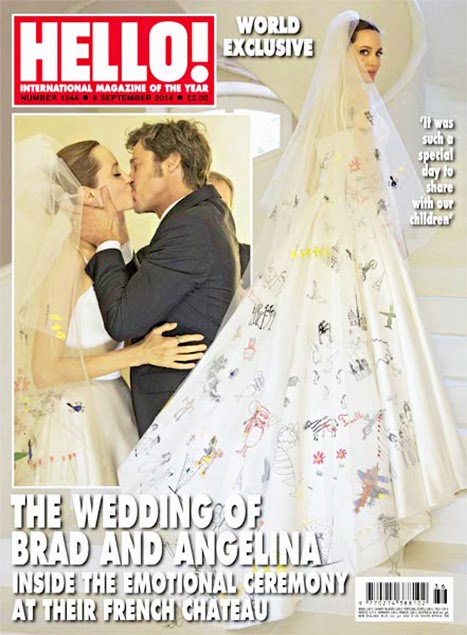 And go ahead and rant if you want and tell me how much you don't care about old Brad and Angie getting married- I have crushes on both of them and I am charmed. CHARMED I TELL YOU!
And yes I do realize that Ms. Jolie-Pitt is probably not the world's greatest actress. She does good stuff with her time and her money and she has a bunch of cute kids. And a cute husband now too.
May they be happy!

And here's one more thing which made me really smile today. A quote by my friend Togi from the Facebook:

"So,I came up with this new anger management exercise. If you start to get angry, just imagine Jesus giving The Incredible Hulk a really nice neck massage. Then you will became sexually aroused instead.(or....maybe that's just me?)"

Togi loves Jesus and I am not being sarcastic. Just maybe not the Jesus that looks like this. 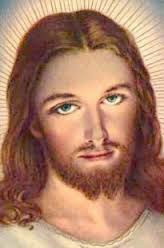 I could be wrong.

Still. As an anger management technique, I think it's a good one.