More Clips No One Will Watch 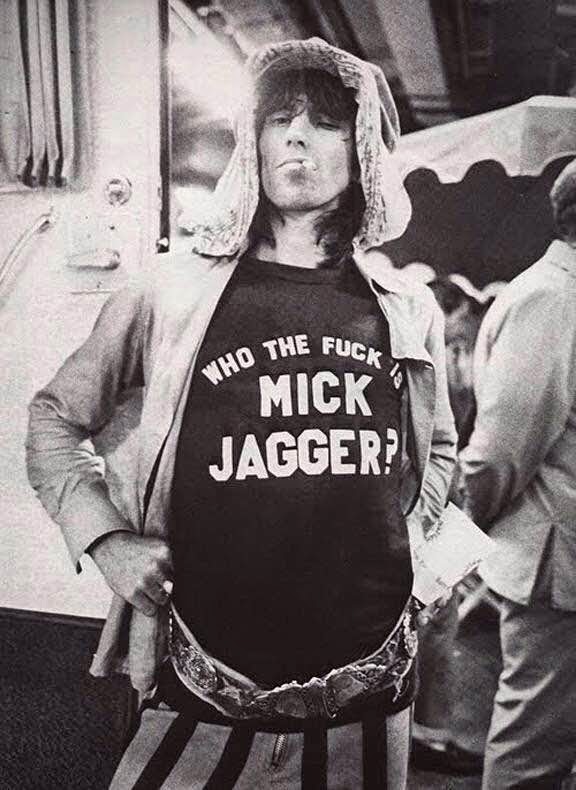 With a bit of luck, my Netflix pick of the documentary, Stones In Exile, will be in my P.O. box today or tomorrow.

I see that the Stones are going to be starting out their next bout of touring on October 25 in Adelaide, Australia next month and that just happens to be Mr. Moon's and my 30th anniversary of marriage. And the Stones have been playing together for twenty longer years than that.


Wouldn't it be fabulous, wouldn't it be amazing if we got on a plane and flew to Australia to see the concert?

Oh. Like that's going to happen. I mean, if I really wanted it to, it would. But just the idea of flying to Australia is enough to make me want to roll into a fetal ball of helpless panic. Let's not even mention the thought of being in a crowd of thousands of people trying to see the stage from wherever it is we would be sitting. Oh god! The humanity!
(Wouldn't it be fabulous, though?)

Nah. I'd rather watch concert footage on my TV in my own living room. That is how old I am.

And of course, I'd simply love to have Keith over for drinks and a good shepherd's pie. I'll see if I can work that one out.

Meanwhile, here I am in Lloyd with my chickens and the cat and dishes and laundry to do and trash to take and plenty of time to weed and tidy and read in bed way, way too late into the night. But I tell you what- if that movie gets here, Katy bar the door and Maurice hide your eyes 'cause Mama's gonna break out the whiskey. (Not really. I hate whiskey.)

Stay tuned for any and all reports.

P.S. Thank you Ms. Saturdaysgarden for the awesome picture which you knew I would love.

P.P.S. Perhaps it would be a good idea to go to town and purchase one of those Life Alert button things so that if I fall down while dancing and CAN'T GET UP, Mr. Moon won't find my cat-chewed corpse on the floor of the den when he gets home. What do you think?