Life Is Too Short Not To Appreciate The Good Things 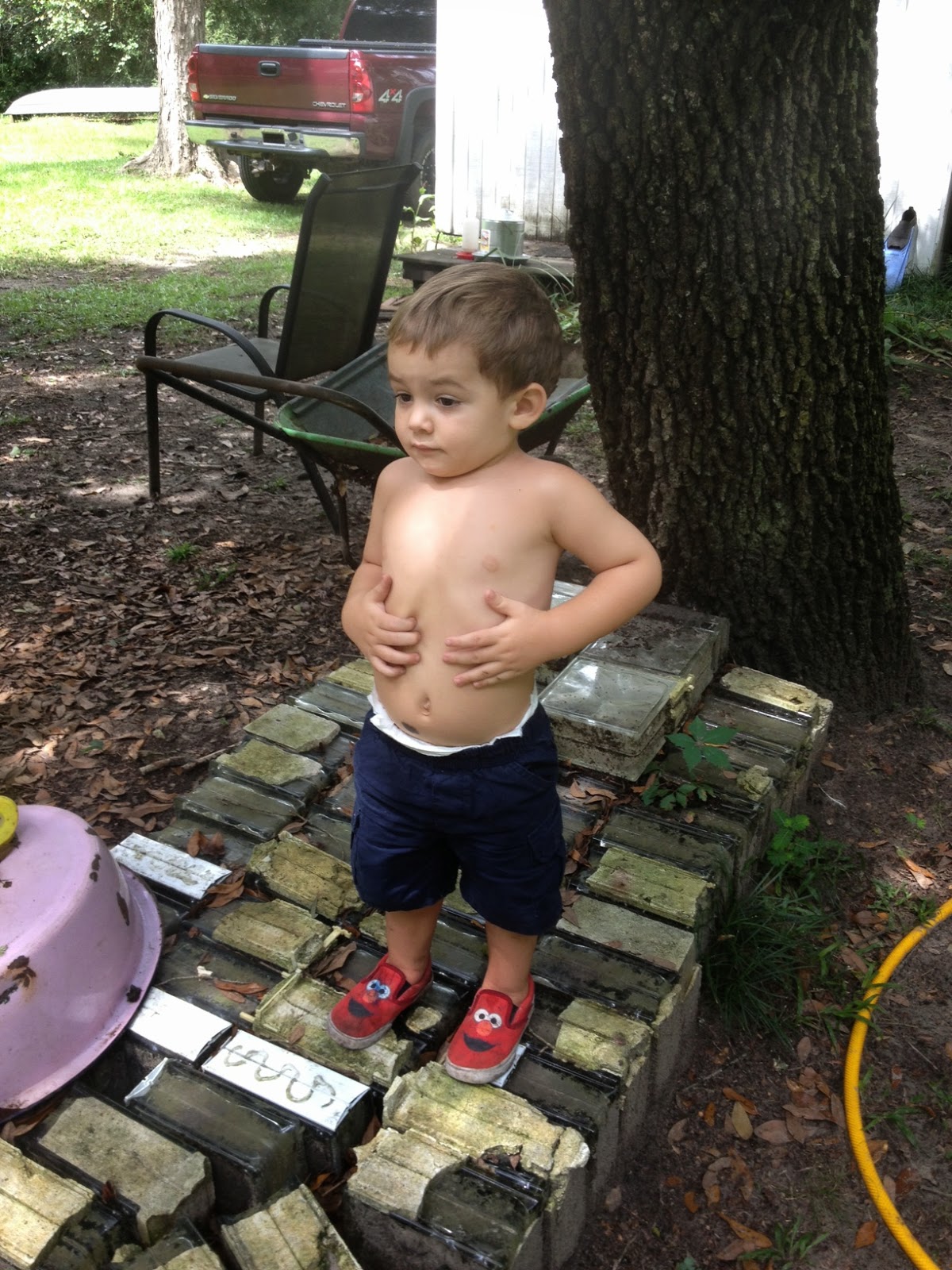 Check out that kid.
Mr. Elmo Shoes. Mr. "I need you." Mr. Feed The Chickens And Eat Most Of The Bread. Mr. Too Darn Stinking Cute.
Those boys, those boys, those boys.
Owen is fascinated by Missy brooding on the nest. He keeps wanting to check on her. Today he stood on the cat food bin and stroked her and stroked her and said things like, "I know. I know. It's hard. I want a baby too."
"You want a baby, Owen?" I asked him.
"Yes. A sister." He continued to gently pet Missy.
"But what if your mama has another baby and it's a boy and you have another brother?"
"We'll be the three ninja boys," he said, looking up at me. As if, OBVIOUSLY.
My god.

Man, the day got busy. There was Gibson-learning-to-cut-paper-with-kid-scissors and painting and tree climbing and swinging and a book reading and iPad game playing and Owen cleaning and Gibson crying because he wanted the feather duster and helping get Boppy on the road to auction with popcorn making and then more popcorn making for Gibson and toasted cheese sandwiches and spilled orange juice and three people dropped by, including Kathleen and her sweetie who brought little toys for the boys and the boys were delighted and were at that part of the evening where they were so tired that they simply had to run around in circles and scream with joy. Kathleen looked WONDERFUL! and sounded wonderful and that was so good for my heart. Owen had to show Kath-a-leen the deceased giant hickory moth I'd found recently and he carried it so carefully in his two hands to show her and she was delighted and it rained and we found eggs and discussed heaven versus reincarnation (hey! he brought both subjects up, not me) and we gave Maurice her flea pill and that went easily and smoothly and we patted her and kissed her and told her we loved her.
There was more but I can't remember. Sponge Bob Square Pants was definitely involved in there somewhere. ("Here, eat this chocolate and watch TV. For one minute. Okay?")

And I talked to Jessie this morning who just had her pre-op appointment for the knee surgery she's going to have tomorrow. It's going to be arthroscopic surgery to remove a cyst that hurts her and I know she's going to be fine but I wish I was there. She's not even going to need crutches and Vergil will take good care of her. But I do. Wish I was there. I remember the last time she had knee surgery and we went to Publix right after and she rode around the store on one of those motorized cart things and she was so high and it was the most fun. I got her home and made her a cheese quesadilla and she was so sweet and pretty, tucked up in her daddy's big chair to drowse and watch TV and smile beatifically.

I also talked to my Lis and that was good and we always have such get-right-to-the-point conversations and they had recording to do and she hadn't made the muffins yet but we got some chat in. Why don't those people live next door to me? WHY? I could make the damn muffins. Oh, wouldn't that be heaven?

Yes. It has been a day and Maurice is still following me around and here she is tonight. 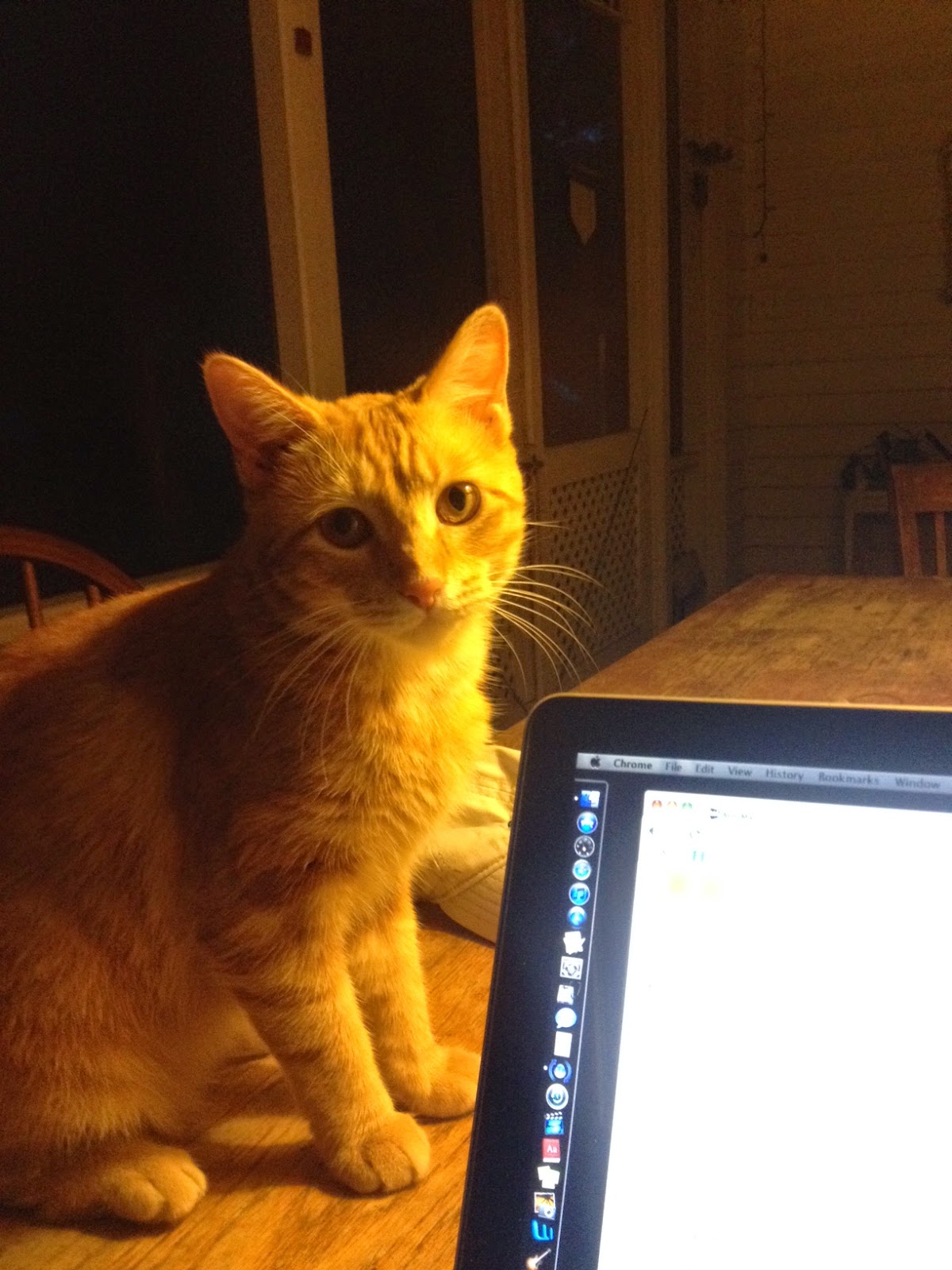 And tomorrow morning, if I can, I am going to get up and watch this: 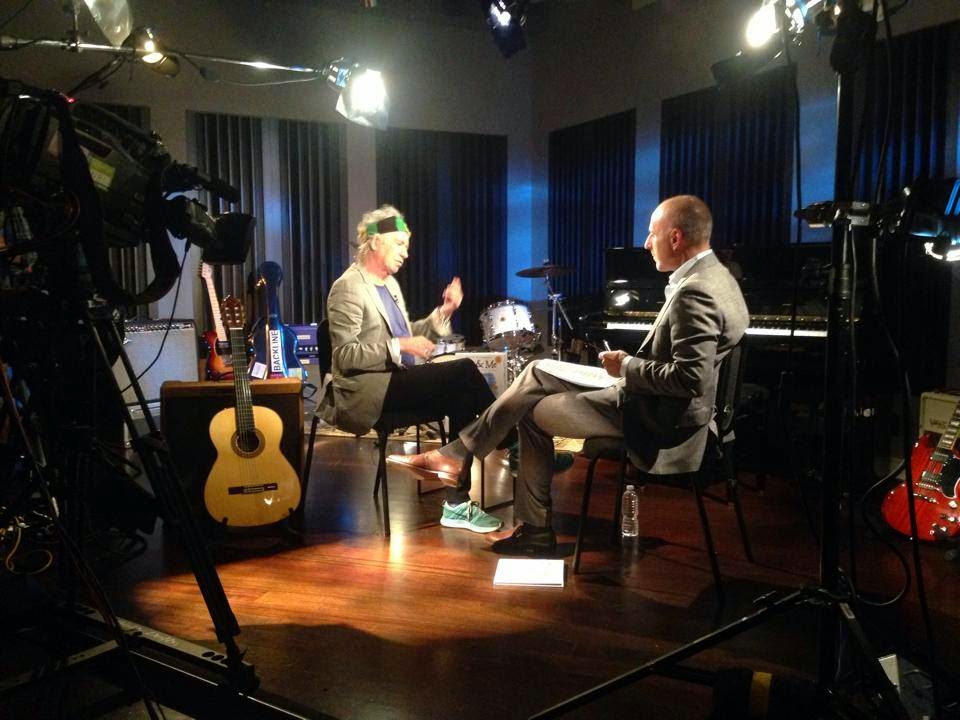 Keith is talking to Matt Lauer about the children's book he's written called "Gus And Me." Review from Publisher's Weekly HERE.

Looks like he's giving Matt a guitar lesson in that picture, doesn't it? Ah man. Keith. God I love you, you old granddad. You old rock star. You old children's book author. You old spirit animal totem of mine. And bless your grand father, Gus, who wouldn't let you touch his guitar until he thought you were ready. Owen's getting your book for his fifth birthday whether he wants it or not.

The rain is almost spent tonight and what I am hearing now is heavy drops falling from the thick, waxy, shiny green magnolia leaves onto the dusty dried ones below. The hens and Elvis are all put up, including Missy, the small black man (hen) whom when you carry her in your arms, clucks the tiniest of sounds, bereft to be separated from her mythical eggs.

I undertand. I know.

Even now. I know.

I think I'll go cook some eggs. Life is mysterious and curious and strange.