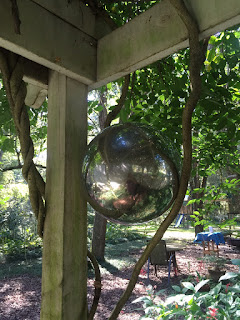 Okay, sure. There was chaos and noise and dancing and cooking and steak eating and a football game and a neighbor came over and when it was time to clean up the kitchen, I realized I'd forgotten to serve the corn which Jessie and I husked and I cooked and so we shall be eating corn tonight.
Lots of corn tonight.
And we forgot to shut the chickens up in the excitement of everything, the baths, the showers, the purple cows, the cookie balls, the toothbrushing, the pajama donning, the story-telling, the Jessie and Vergil bye-bye's, the...
You get the picture.
And the bad news is that we have no more ducks and yes, I feel terrible but it happened and something grabbed her and took her off in the night and so, no, we have no ducks now, only chickens and I should probably feel worse than I do but I'm being honest here- I never did really want ducks and that's the truth and she didn't have much of a pond to swim in and as I just said the other day, she'd quit swimming entirely.
Which has nothing to do with her death.
Mea culpa, mea culpa, mea maxima culpa.

And Gibson slept in his bed for at least two hours before he came crying to ours and he did pretty well as long as I clung to the side of the bed and pulled his covers up for him every time he woke up and realized he didn't have them which only happened six or seven times and we all went right back to sleep every time it happened. He didn't kick too much or thrash about too much and I think I'll live.

Lily came and got them this morning and took them to their other grandma's house where their Uncle Chris and Aunt Loren and darling little Lenore live, for a day of fun while Lily goes BACK to work. I don't know how she does it. My children are so much stronger than I ever was. Jessie is at her last day of work before her baby comes. Twelve hours, almost forty-weeks pregnant. Vergil's putting her up a clothesline today so she can hang diapers on the line. They are doing the final feathering of their nest now, ready and waiting for the small man-baby who was kissed through the belly almost constantly last night.

And now here I am. Mr. Moon has gone to take the trash and help Vergil with the clothesline project and I think he's going to stop by the thrift store where I bought a love seat the other day to go in the library and pick it up on his way home which is SO exciting to me I can't begin to tell you. As I told Lis on the phone yesterday, it is not too ugly and it's very comfy and it was only $89!
Owen kept calling it the love couch.
Mmmmm....
We shall see about that. 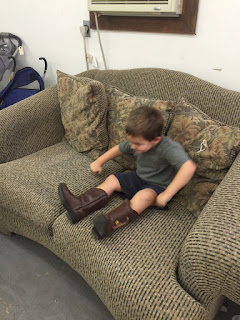 And what am I going to do today? Well, I see that Maurice has finally gotten out of bed so I shall wash sheets and hang them on my clothesline and water plants and I think I'll do some weeding. And beyond that, stay right here in Lloyd and I hear that there's a new documentary out on Netflix that I might be interested in and so hell- might as well watch that tonight. While we are eating corn. 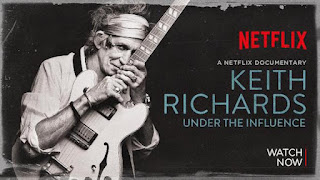 Have I mentioned this documentary before?

Thanks for putting up with me, y'all.

I sure do love you.