There Are Many Ways To Make Our Bread

I got to eat lunch with Jessie and Vergil today. We went to a place in town not too far from where they live and I got what I always get in that restaurant which is a mahi sandwich with the delicious coleslaw.
Jessie was craving meat and got a hamburger and it came with french fries and I was so happy because I was planning on stealing some.
They brought her a pitiful number of fries and I came this close to telling our server (Ryan!) that excuse me, my daughter is pregnant, and she needs more fries than that.

Vergil got the Pasta Ya-Ya which I think is just a really fun thing to say. It was all really good and I had a great time but I think I talked like a meth addict on crack. Vergil was wondering if they should try to steer their children towards college or not. He himself has a master's degree and he makes real good money doing what he does but he doesn't enjoy sitting in an office all day. I think he yearns to be doing construction again, or something that requires him to use his hands as well as his brain.
It was odd because last night I had the thought that it would be such a different world if everyone could make their livings doing what they really loved to do. I'd listened to that Ann Patchett book and one of the essays was about whether or not going to a graduate writing program was worth it. She attended the Iowa Writer's Program herself and she was very pragmatic about it. There had been things about the program that were definitely worth it but she said that if someone had to take out huge loans to attend such a program, it was NOT worth it because no, you are not going to graduate with a huge book deal and jobs teaching writing are hard to get and don't pay well.
She supported herself after graduation by waitressing at TGIF's and then with writing for magazines including "Seventeen" until she finished her first novel "That Patron Saints Of Liars" and got a very good book deal.
And she is the exception which proves the rule. She is also a self-proclaimed work-horse and doesn't believe in writer's block and when all of the book stores in Nashville closed, opened one herself with a partner.

I did not know the answer to Vergil's question. All I could offer was that all parents should watch their children very closely to see what they love doing. What they seemed to have a passion for. And to encourage that, whether it be mathematics, art, or welding or studying bugs.

Ann Patchett herself knew that she wanted to be a writer even before she knew how to read or write, even though no one in her family or at her school, told her that being a writer was something that a human being could do.
She was one of the lucky ones. She knew what she wanted and she did whatever it took to get there.

Well, speaking as one who obviously always wanted to be a mother (and a writer) I can only say that we all do the best we can within the confines of our passions and our cultures and our families and our societies and our need to make a living.

I'm one of the lucky ones. Jessie and Vergil's children will be too, as are Owen and Gibson.

Our children and ourselves.

Here's a picture I took at one of the nurseries Jessie and I went to today. 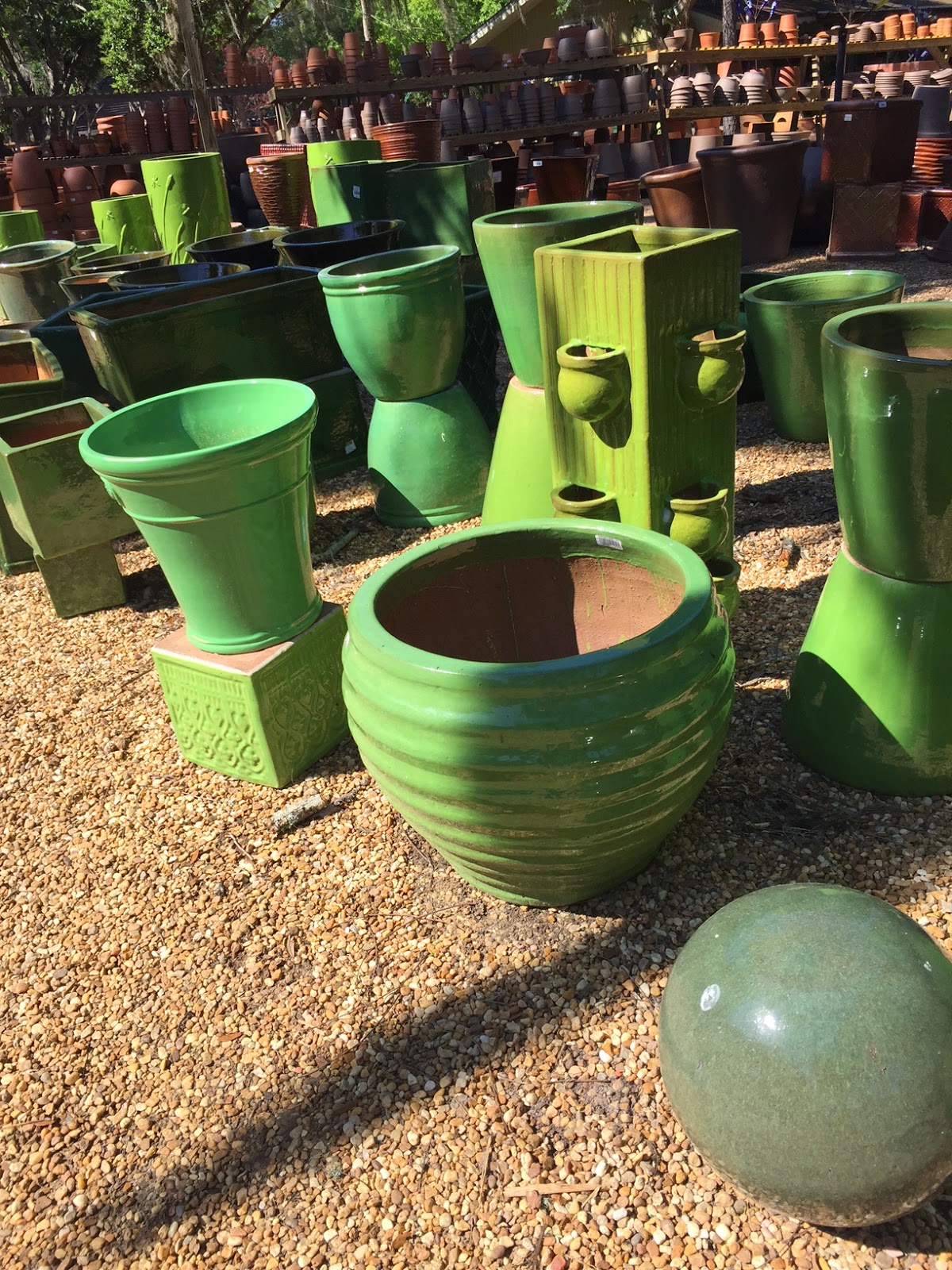 We saw and bought some amazing plants and seeds but these green pots- they inspired me in a way that nothing else did.
I have no idea why.

Time to go serve up the leftovers. I am so grateful that my hungry husband doesn't complain when I spend time writing when I could be serving him his supper. Even if I make no money at it, he understands that it is my passion.

Which is a whole other blog topic.