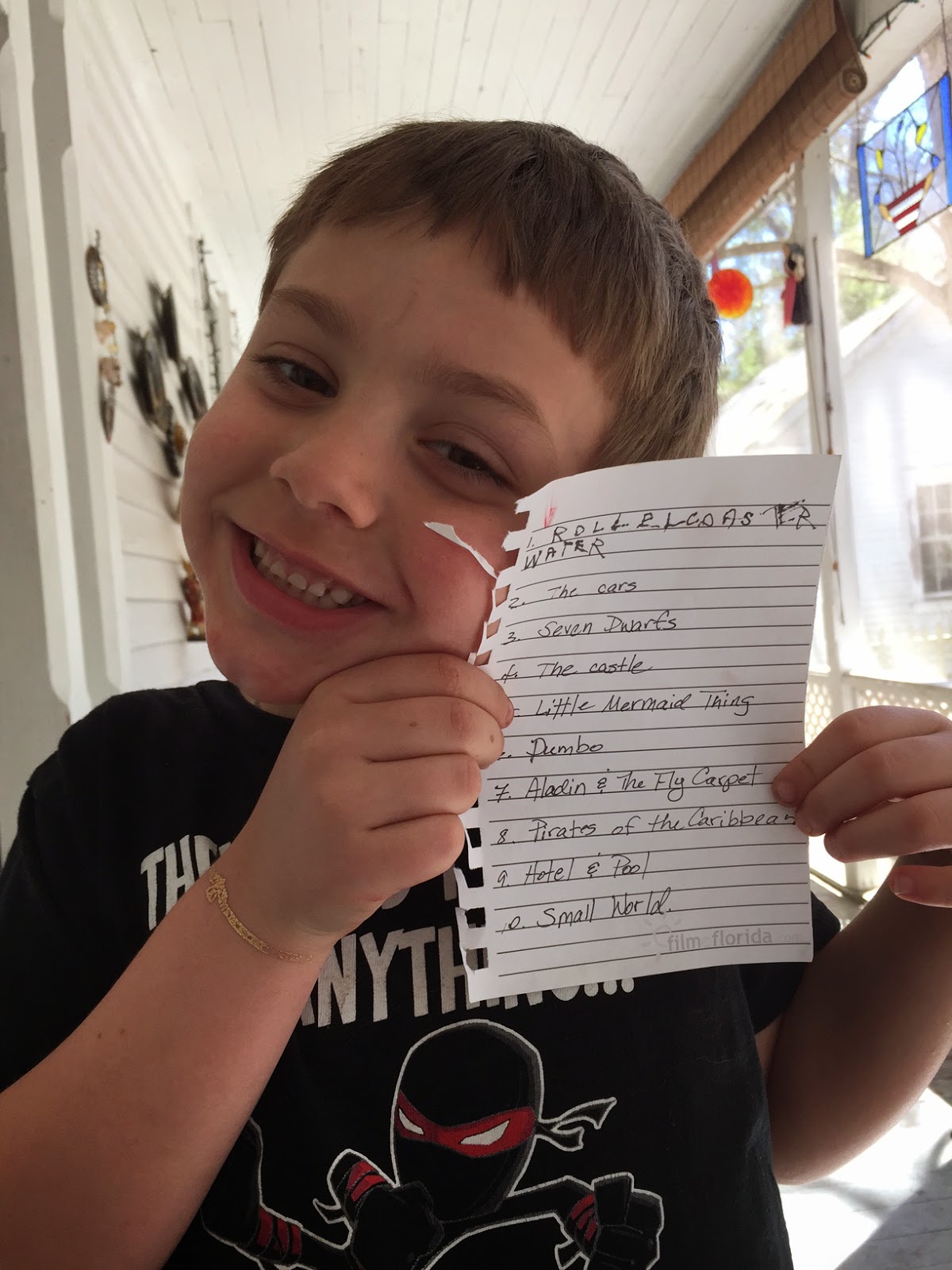 Owen made me help him make a list of things he is going to do on his trip. I don't know if you can read that but the last item is, "Small World" and let me just say that that is probably the first and only time I've ever sought revenge on any of my children for anything. I had to endure that horrid, horrid ride more than once, riding on a pretend boat looking at pretend children from all over the pretend world singing that goddamned song.
The nightmare.
I bet you any amount of money that Lily and Jason will somehow "run out of time" before they get on that ride. Owen didn't even think to ask for it to be on the list. I suggested it my own evil self.

We had a good day. It started out spectacularly when the boys and I were walking to the post office and I saw a realtor's truck parked in front of the empty house next door. Now you know how sad it's been making me that that house has stood empty, no one swinging on the porch swing or worshipping that huge oak tree. And my dream has always been that the people who lived there when we moved in would buy it and be our neighbors again. When we moved here, eleven years ago, a couple owned it who had just recently been wed and they were the most precious people you can imagine and the husband had grown up in that house and had a tattoo on his arm of the oak tree that I just posted a picture of with Steve Reed standing in front of it and I was sorely grieved when they had to move. And so, you can imagine my joy when I saw it was them in the yard with the realtor.
I swear to you- I had tears.
I hugged them both and we caught up a little and they were so sweet to the boys. They are thinking about it. Thinking. Lord, how I hope they think their way into moving back.
The wife came over after they were through with the realtor and we had a long, long chat and I picked her greens and gave her eggs and promised that if they moved back I would not bother them but would leave them gifts on their porch and creep away.
And I would. I will!
We shall see. But oh, how lovely it would be for them to inhabit that house once again.

The boys and I continued out walk to the P.O. Owen is learning to do the combination on the box to open it and get my mail. Gibson insisted that I needed to take their picture by the big door again. So I did. 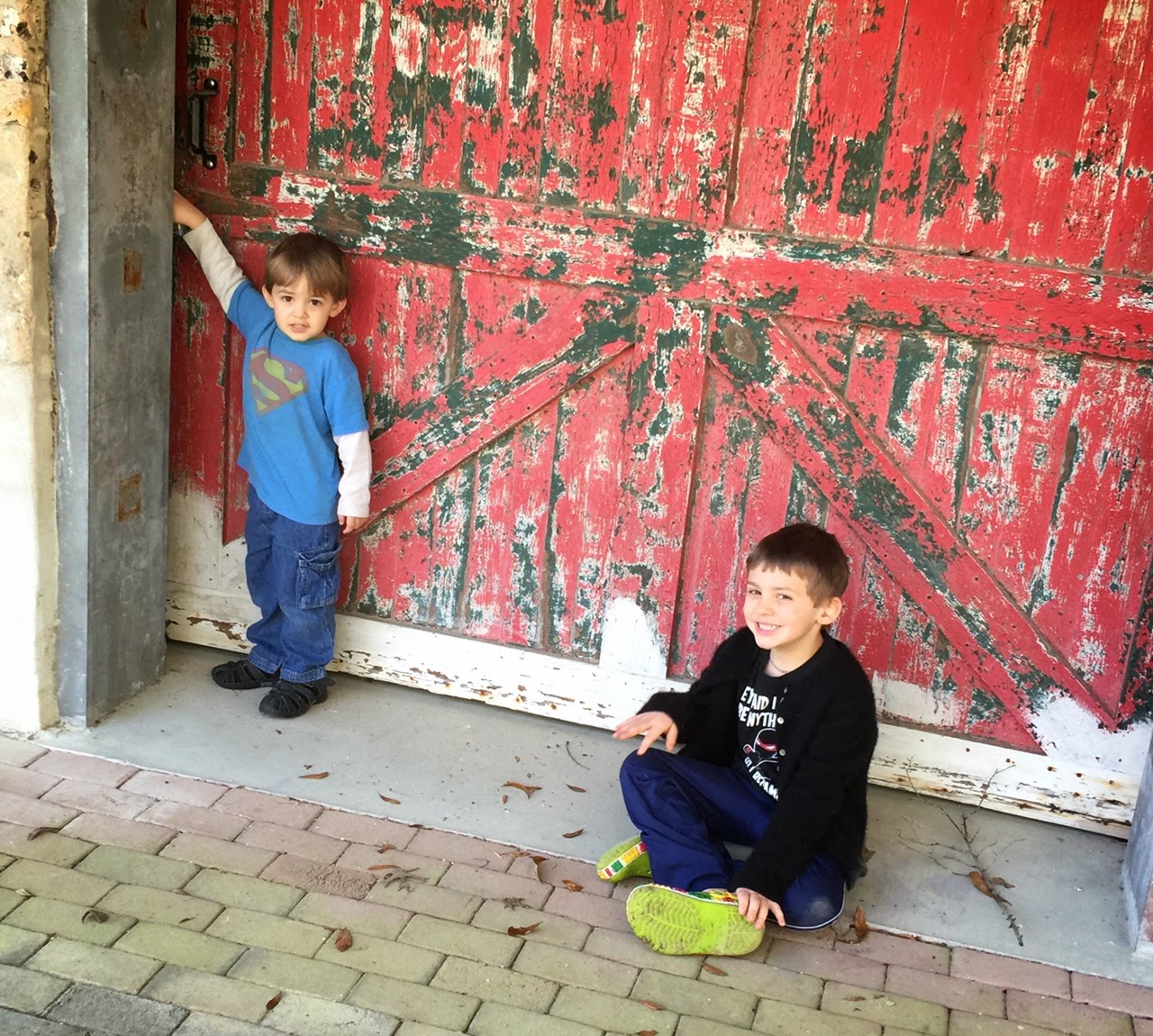 They talked me in to walking home on the railroad track. 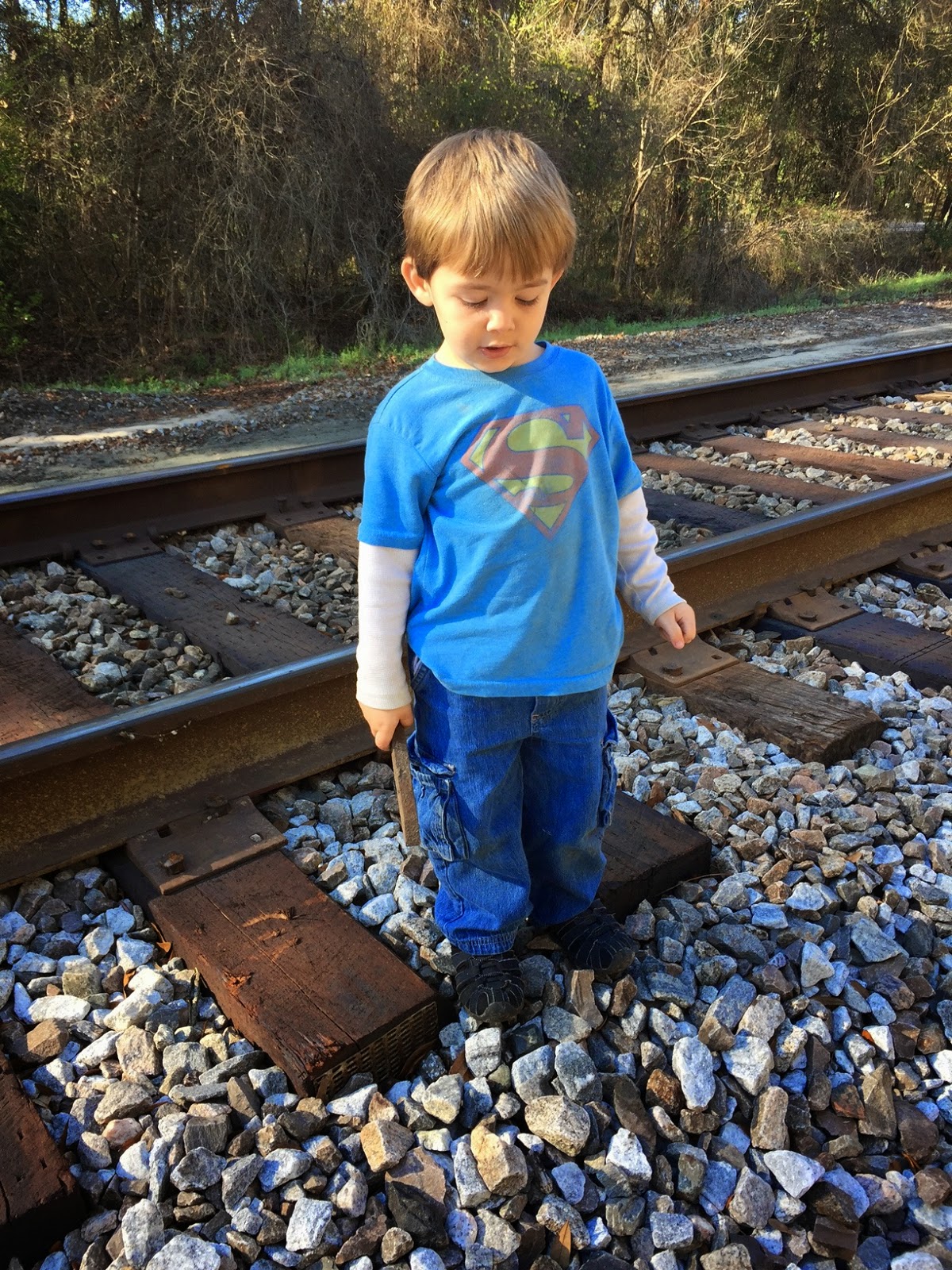 Owen gathered some rocks and brought them home and washed them in a bowl in the backyard with soap and a scrubber. They are sitting in the bowl still.

We played on porches and did the alphabet puzzle in the hallway. There were many, many snacks and beverages. And oh! Have I mentioned that Gibson can now pee in the potty and mostly does? Well, he'll be three on Friday and we are so proud of him. Of course, when Owen became potty-trained, we did everything but call the Pope to have a miracle declared but Gibson is the second child and so we just casually mention this in passing.
Still- a very huge milestone for a little man.
And if you call Gibson a "little man" to his face he says, "I not a little man! I Gibson!"

So yes, it was a good day and it's still beautiful out and Mr. Moon is cutting the grass for the first time this year and the pine and oak pollen are horrific and everything is coated with a sickly-yellow green dust that makes a lot of people sick but luckily does not affect us so much. We are hardy people for the most part, our family. Another blessing in this life of mine.

Here's the first wisteria blossom on the trellis. 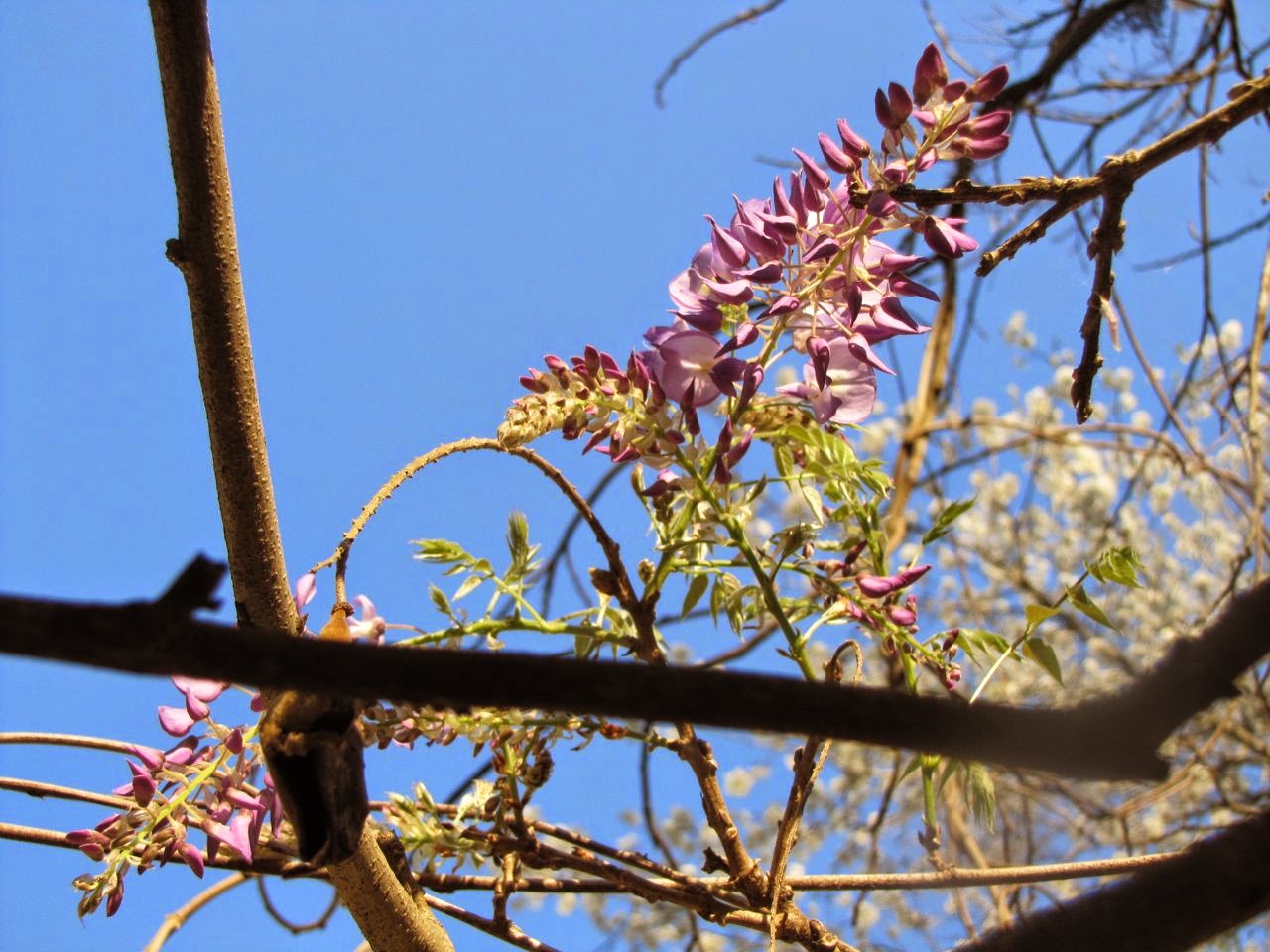 Not fully opened, but soon to be.

Wish Lloyd luck in that maybe our old neighbors will become our new neighbors again. It would be such a good thing. The husband asked me when we were talking why I thought that no one had bought the house.
"I think it takes a special person who wants to live in Lloyd," I said.
Define that how you will.
I am so glad to be one of them.