A Tale Of Spring 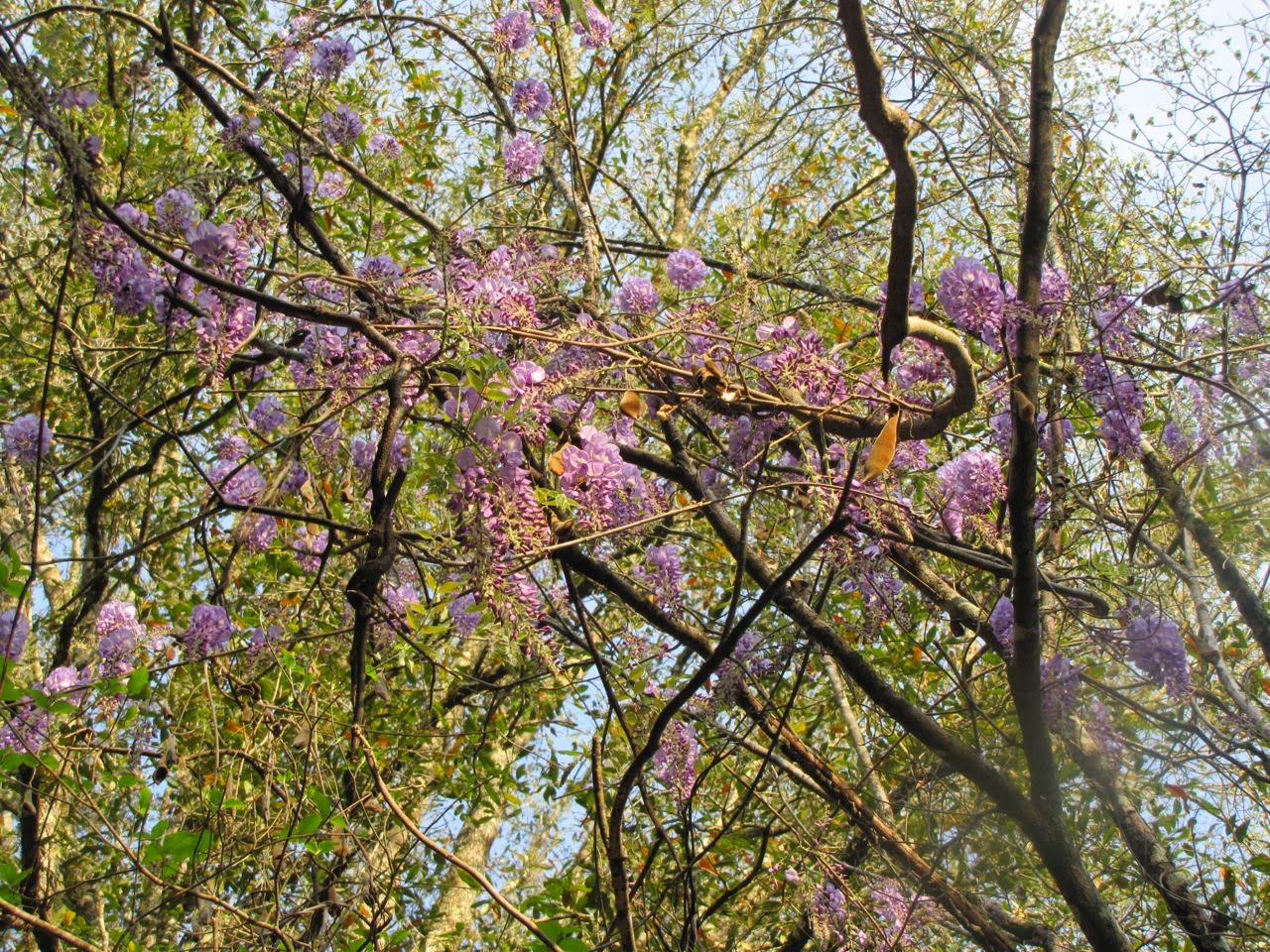 Once upon a time there was a beautiful spring day. As beautiful a spring day as had ever been seen since the days of Camelot when things were even more beautiful because there was magic involved and no air pollution whatsoever anywhere except perhaps over the blacksmith's forge and in the kitchen if the cook burned a joint of meat. No light pollution either and there were more stars in the sky at night than freckles on the freckliest redheaded girl in the entire world and the moon was twenty-seven times bigger then than it is now.

But you know, this day was as beautiful as it gets here in modern times and there were still plenty of bees humming about a particular bit of wisteria, far, far up in a tree in a tiny village called Lloyd 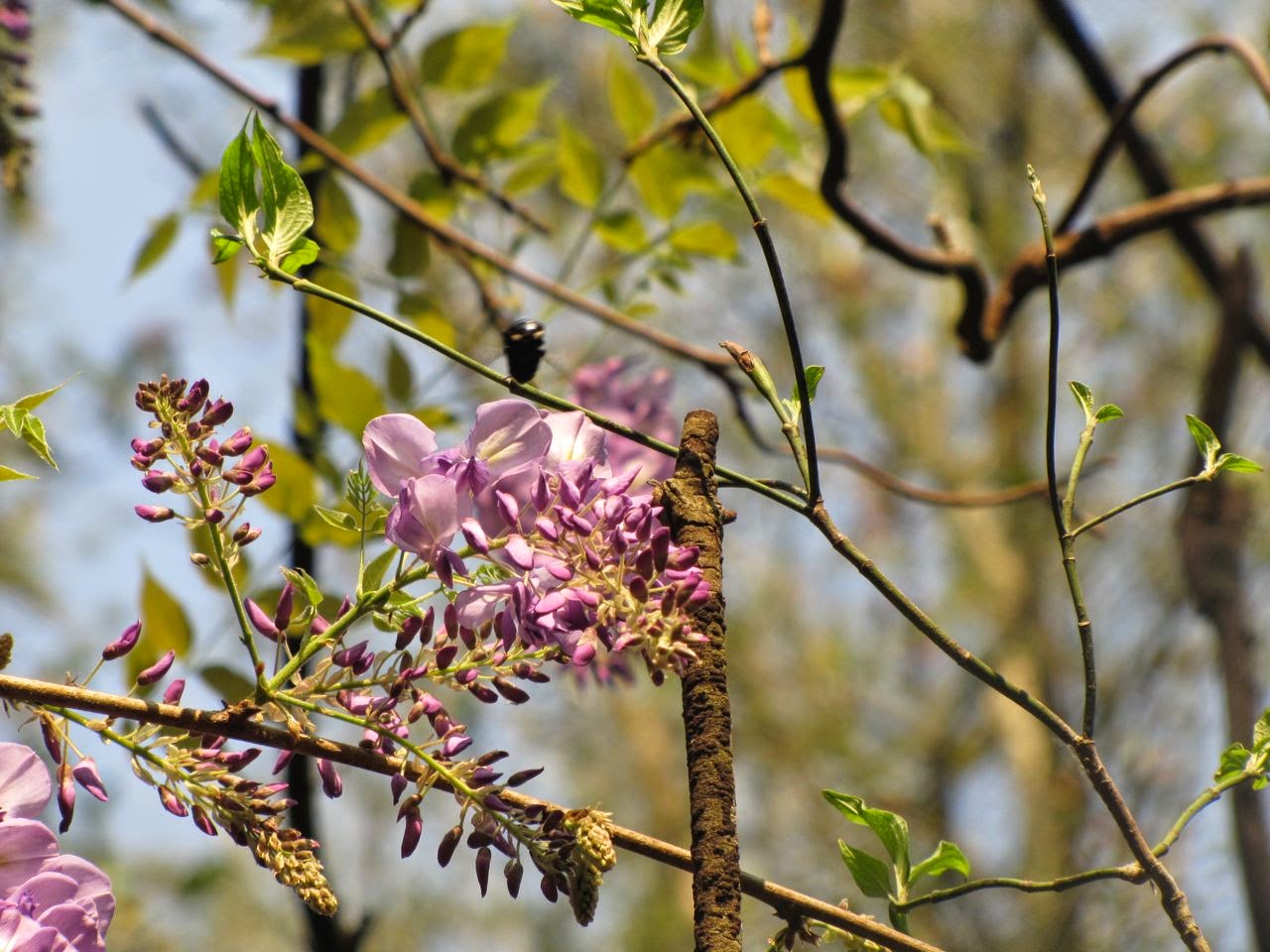 and as an old woman stood in her yard with her camera to take the picture, she realized she was standing in a red ant hill and she cursed and took off her shoes and rubbed the ants off her feet and beat the shoes on the ground to get rid of the ants and that was the way her day was going.

It was a sort of miracle that the bee didn't sting her or one of the wasps floating about the porch where she wrote.

However, she was not deterred. She took more pictures of wisteria. 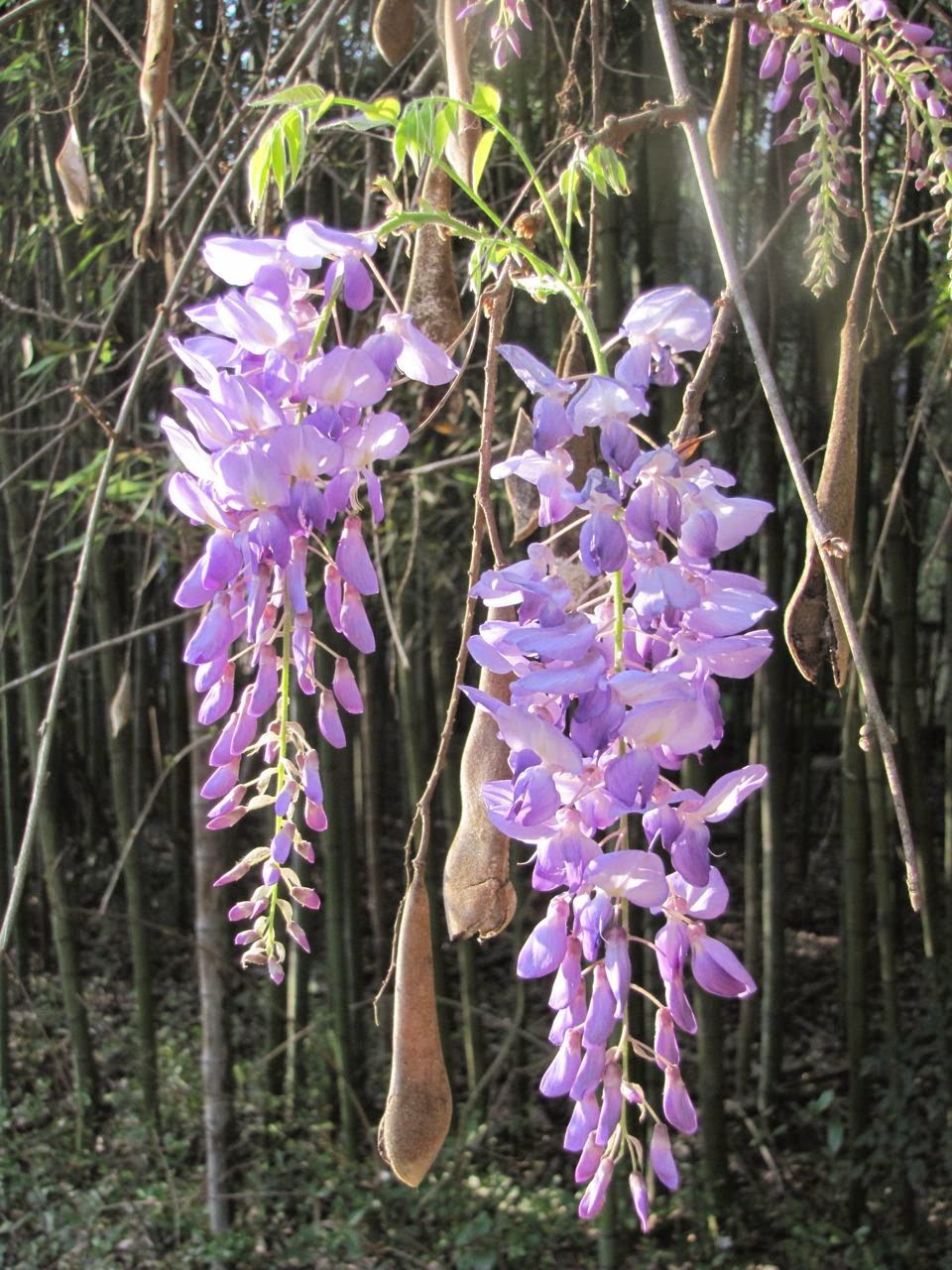 and spirea as well. 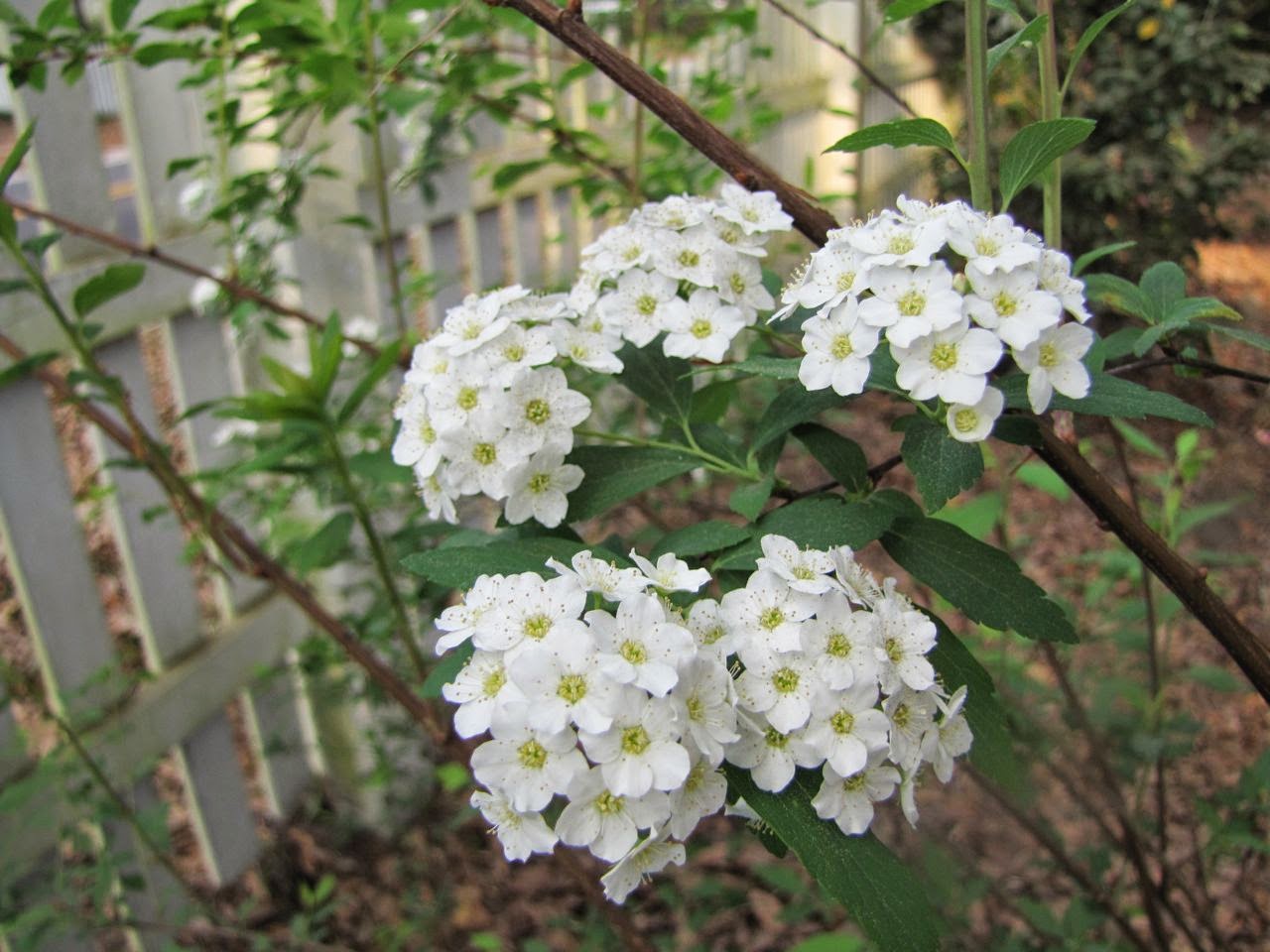 She made two dishes of lasagna, a dish which was probably not known in Camelot, but is certainly known in modern times. She put two kinds of squash in the lasagna (definitely not a vegetable known to Arthur although perhaps Merlin knew of it) and mushrooms which came from a store and not (unfortunately) from the forest, and peppers and onions and garlic and ground organic beef (and all the beef was organic in the days of Camelot, I assume) and spinach and cheese and of course the noodles, big and wide. One of the dishes of lasagna was for her and her husband and the other for her pregnant daughter who had no kitchen because a new one was being built.
She did all of this on the most beautiful of spring days and she thought about things, perhaps too much, and not in the correct and grateful way, either, and she did not take a walk or a lavender bath or meditate or do yoga but she did go to a different library and to lunch where she ate soup by herself and to Target because she needed to buy a present for her grandson because tomorrow, on the first real day of spring, he will turn three years old.

A boy who is as magical as any boy who ever lived in the days of King Arthur, including Arthur himself. He and his brother, another boy as strong and brave and beautiful and magical as his brother, and the woman thought about those boys and although it did not cure her ills any more than a lavender bath would have, it gave her peace to think that a bit of love on her part with a bit of love on her lover's part had led to them somehow. 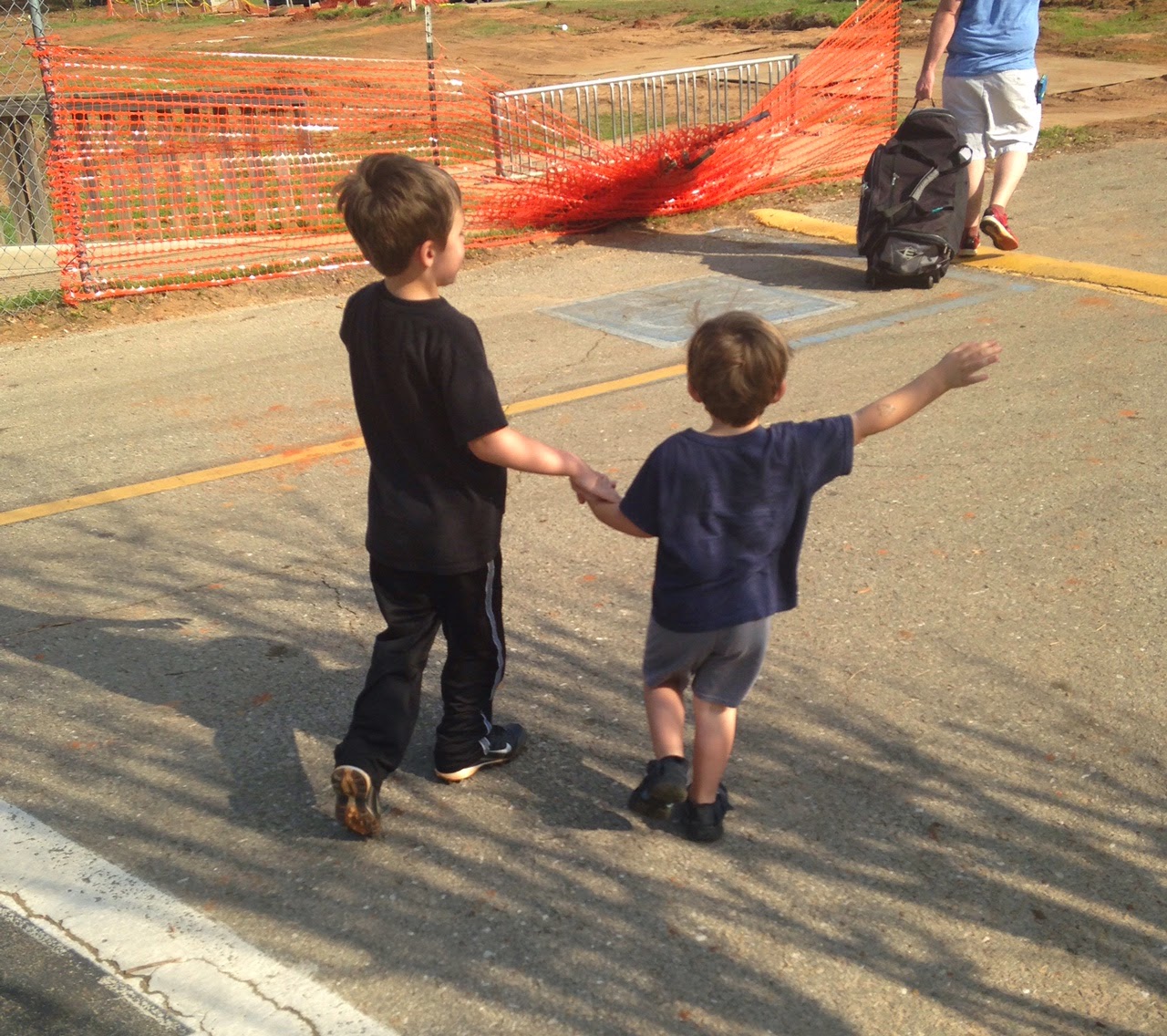 And all of that and the wisteria and the spirea and the orange cat who sits all day under the bird feeder, napping and watching, and the fact that the lover would be home to eat his dinner and sleep with her made her think that maybe all the magic had not disappeared quite with Camelot and she noted that the tung trees were about to blossom and the ashe magnolia as well and she decided that she would probably live until the first day of spring in this modern day year of 2015 and go to her grandson's birthday party and she reminded herself to give the orange cat her flea treatment and she was grateful that there are flea treatments and that unlike Arthur and his beautiful Guinevere, she does not have to suffer fleas in her velvet garments although the red ants and mosquitoes are still a pestilence as well as the gnats and then she put the lasagnas in the oven, her feet itching but not too much and the blister over her burn has burst but there is no redness or inflammation and life goes on and spring tells us that is so and that there is still magic, although sometimes we call it nature or science, whatever, I'll take what I can get.