Want To Waste Some Time? 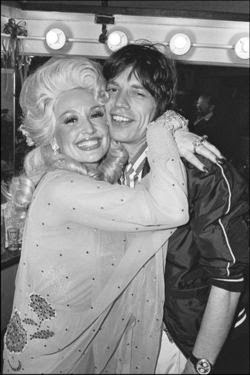 I snagged that picture from the tumblr site, Awesome People Hanging Out Together and don't go there unless you have a few hours to spare. You'd be surprised how many people get to hang out with the Dalai Lama. Mick shows up in a lot of pictures. Andy Warhol was in every picture taken in the seventies. James Brown got around. Bill Murray is ubiquitous.
Does anyone really illustrate the joy of life better than Bill Murray? I do not think so. 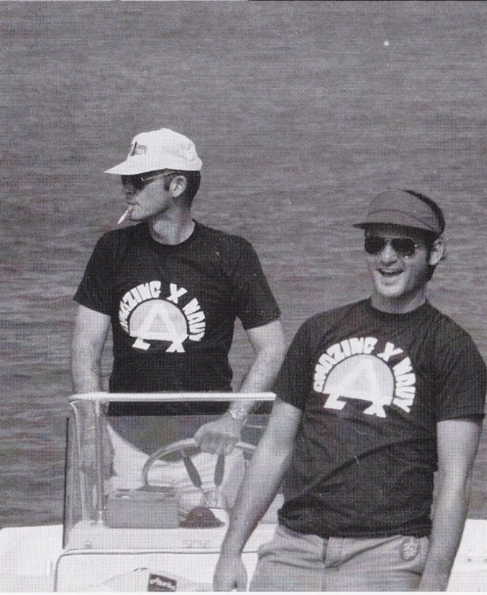 That's him with Hunter Thompson. Of course.

And some people in these photos together you might imagine hanging out. Indeed. You'd expect them to. 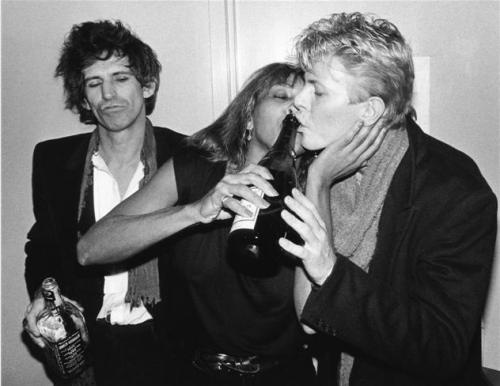 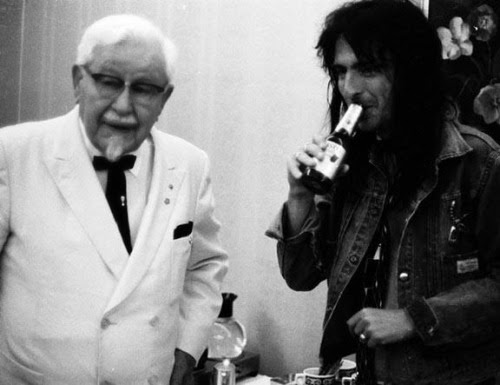 Colonial Sanders and Alice Cooper? What was the story there?

Well, anyway, it's looking to be a nice day here, warm and with a little bit of sun and I think I'm going to take a walk and spend time outside, tidying up the yard a bit. Doing laundry. Being a domestic goddess and eating bon-bons and watching soap operas.

Here's one more picture though, before I go. 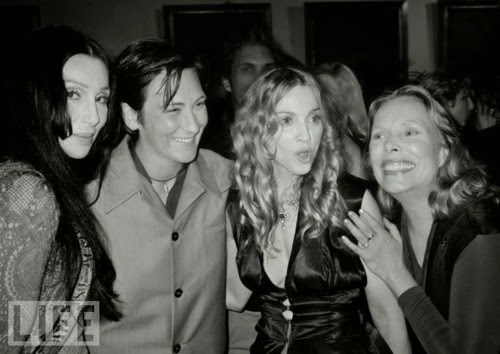 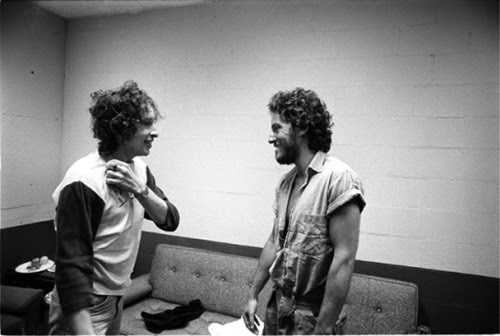 Bob and Bruce. I really have no words.

All right. Time to come back to earth. Off to deal with poop and fallen branches and trash and laundry.

Yours in wonder at the miraculous going's on in this universe at all times...Ms. Moon