Cocks Of The Walk 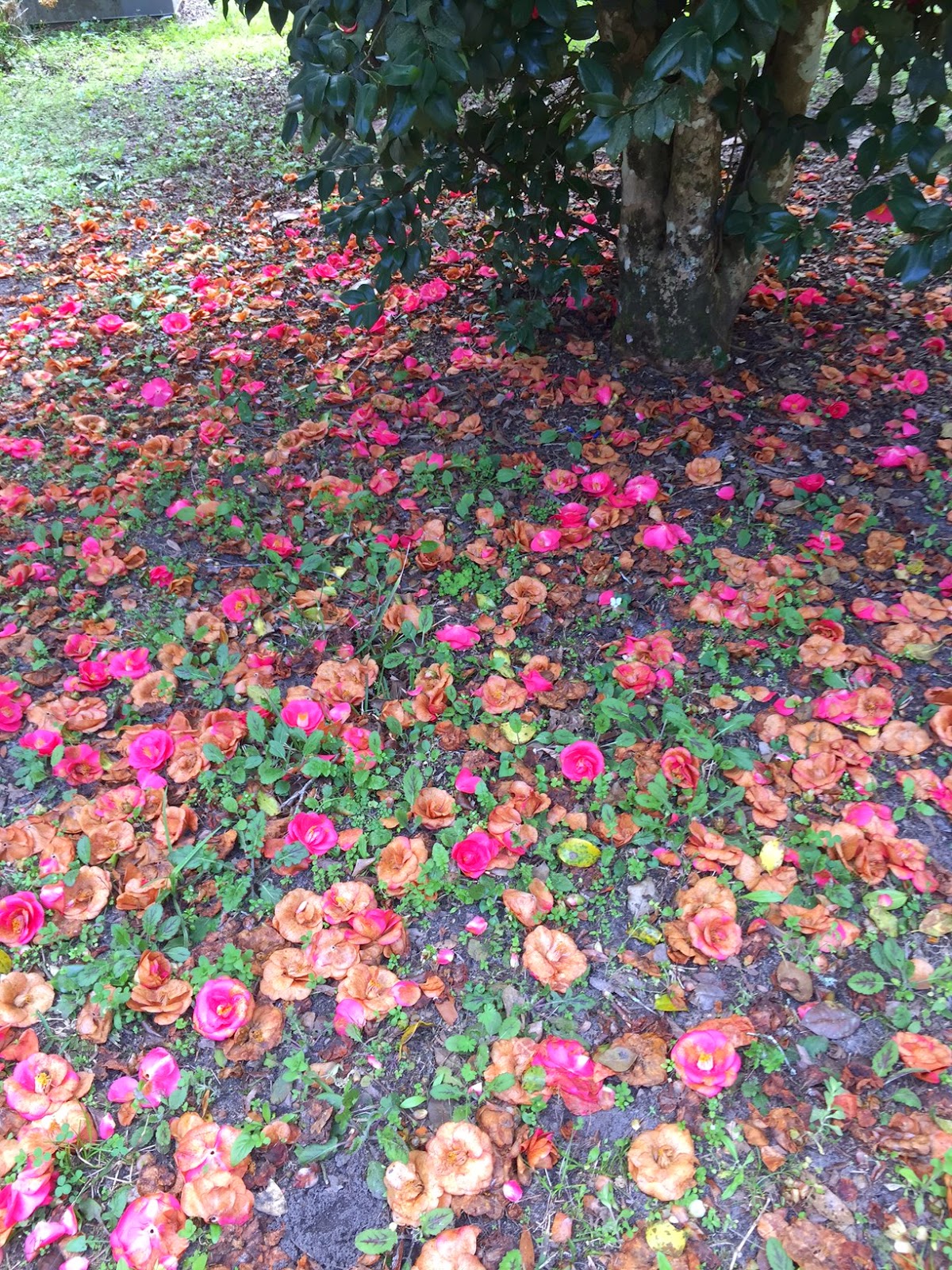 Well, the rain that was forecast never showed up and in fact, it's been a mostly gorgeous day and it feels like we've hurdled right through spring in the space of a few days and are now jumping right up to summer. As soon as the boys got here I hustled them back in their daddy's car so he could drop us off to deliver Miss Liola's goods. The eggs and the greens weren't a problem but those damn aloe plants in their pot must have weighed fifteen pounds and was bulky and I wasn't sure how I was going to handle that and hold the boys' hands.
We happily gave Miss L. all the stuff and Gibson had a fairly long conversation with her and they were shining examples of perfect little men and I was quite proud of them. We walked home and stopped at the empty house next door for a "rest." 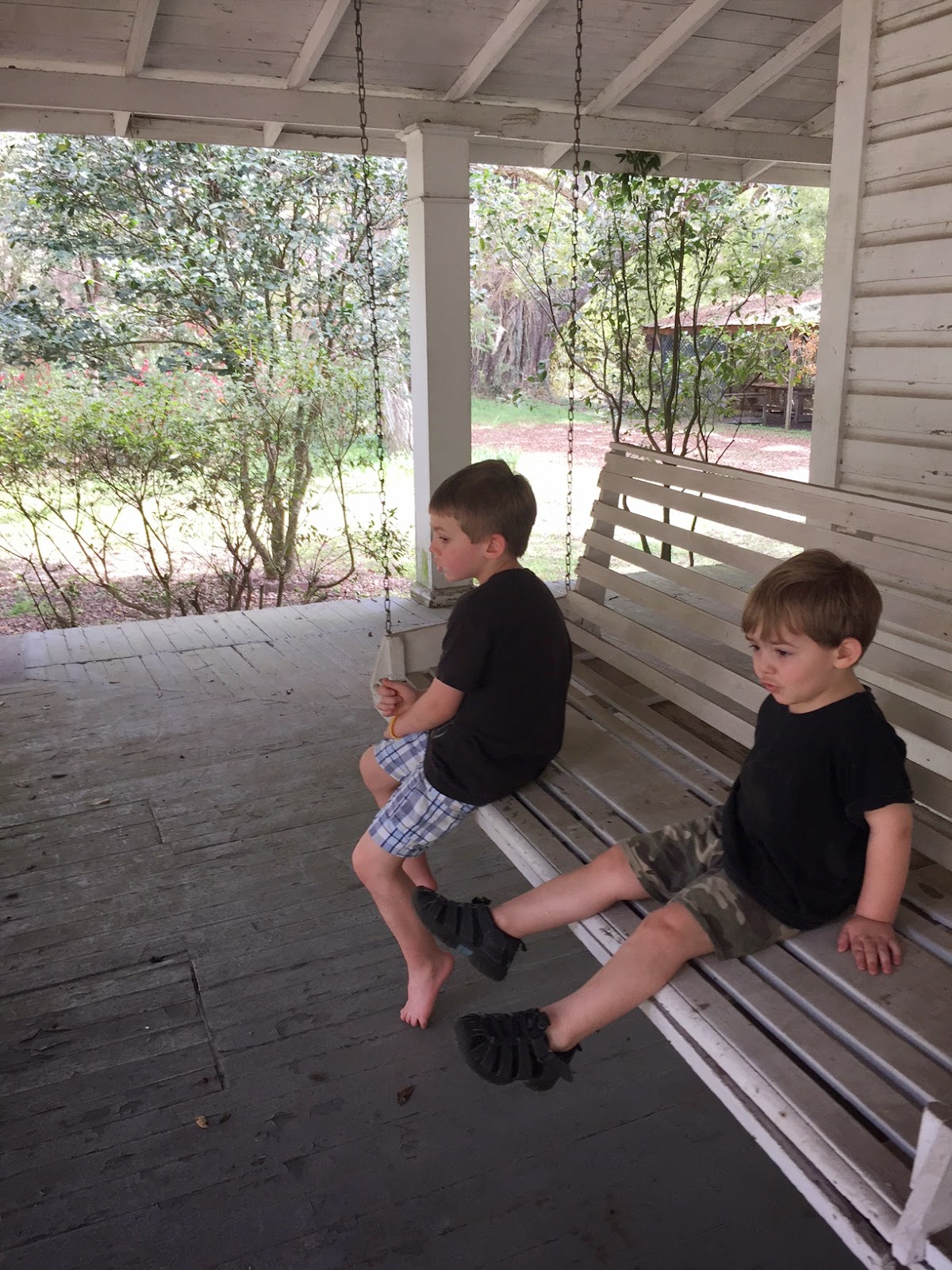 We walked around the yard and I took that picture up at the top of the fallen camellias under a tree in the side yard there. Wouldn't you love to have a carpet with those colors? I would. Or a frock, maybe. I love that word. "Frock." No one ever uses it anymore. I think I'll start.

We came home and messed around here and then Miss Judy came by and the boys hugged and kissed her and had great conversations with her and then Boppy got home and the games began. Wii games, outside baseball and soccer games, playing-on-the-playset games. And Boppy rode them around the yard on the mower and that was probably the most fun of all. They even saw a snake come out of a hole in a tree! This was big excitement. I believe it was an oak snake. It is the season for them to start coming out and slithering around. 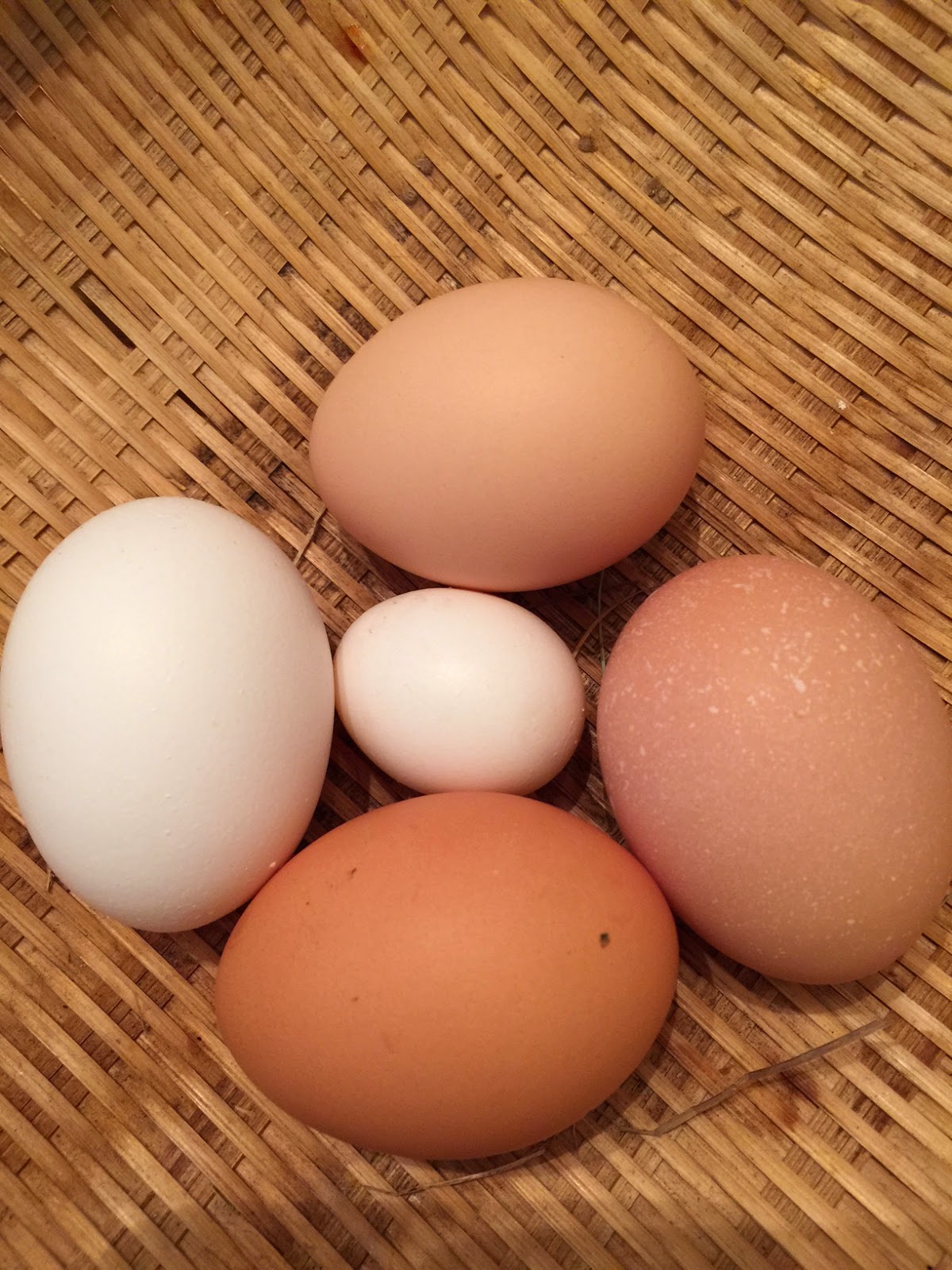 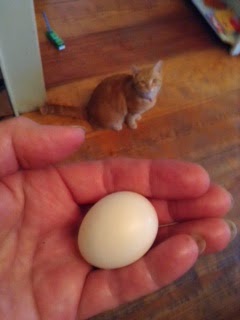 When I went to do the afternoon egg collection, I found that teeny-tiny egg. What the hell? Did one of the white hens lay a lagniappe egg today? I have no idea. But it's so darling. I kind of want to fry it and serve it with a tiny biscuit and a miniature piece of bacon. And about six grits.

Ah, life in Lloyd is one mystery after another.

The boys have gone home with their mama, and Mr. Moon and I are both exhausted. I just saw Mick on top of one of the old hens and all Elvis did was squawk at him. Maybe he's just going to accept the fact that there's another rooster in town. I don't know. Elvis is more of a lover than a fighter, despite the cruel-looking spurs he wears on the back of his legs.
I'm all for peaceful resolution wherever possible so I'm happy.

So good evening from Lloyd where we not only have mysteries but also lesbian duck sex, sister-hens and now quite possibly, brother-husbands.

As long as Mr. Moon doesn't bring another woman in I'm okay with it all.