Children's Literature And Entertainment Through The Years As Well As Vast Disappointments. And Other Stuff

Ugh. Could we quit playing GOD and changing the time twice a year? I mean, what is the point and what is the reason? Because we can? Tradition? Stupidity? Butt-headedness? Laziness?

Whatever. It's not like you can just do a bit of civil disobedience and say, "Sorry, not participating." Well, you could but it would not go well unless you live off the grid, have no appointments and never leave the yard.
I'm striving for that but it hasn't happened yet so it's almost noon and we just finished breakfast which, truthfully, is not that unusual for a Sunday.
Bitch, bitch, bitch.

Sure is another pretty day here in North Florida. In fact, it's so nice and sunny and warm that I feel as if my brain has melted into a puddle of butter like Little Black Sambo's tigers. And yeah, yeah, that story is considered all racist and shit now and I wish it wasn't because it charmed me so much as a child. Do you remember the story? There's this little Indian boy named Little Black Sambo and his papa is named Black Jumbo and his mama is named Black Mumbo and there are tigers and new clothes and an umbrella and the tigers turn into butter and Black Mumbo makes pancakes and they eat them with the tiger butter. It wasn't considered a racist work when it was published in 1899 and the illustrations looked like this. 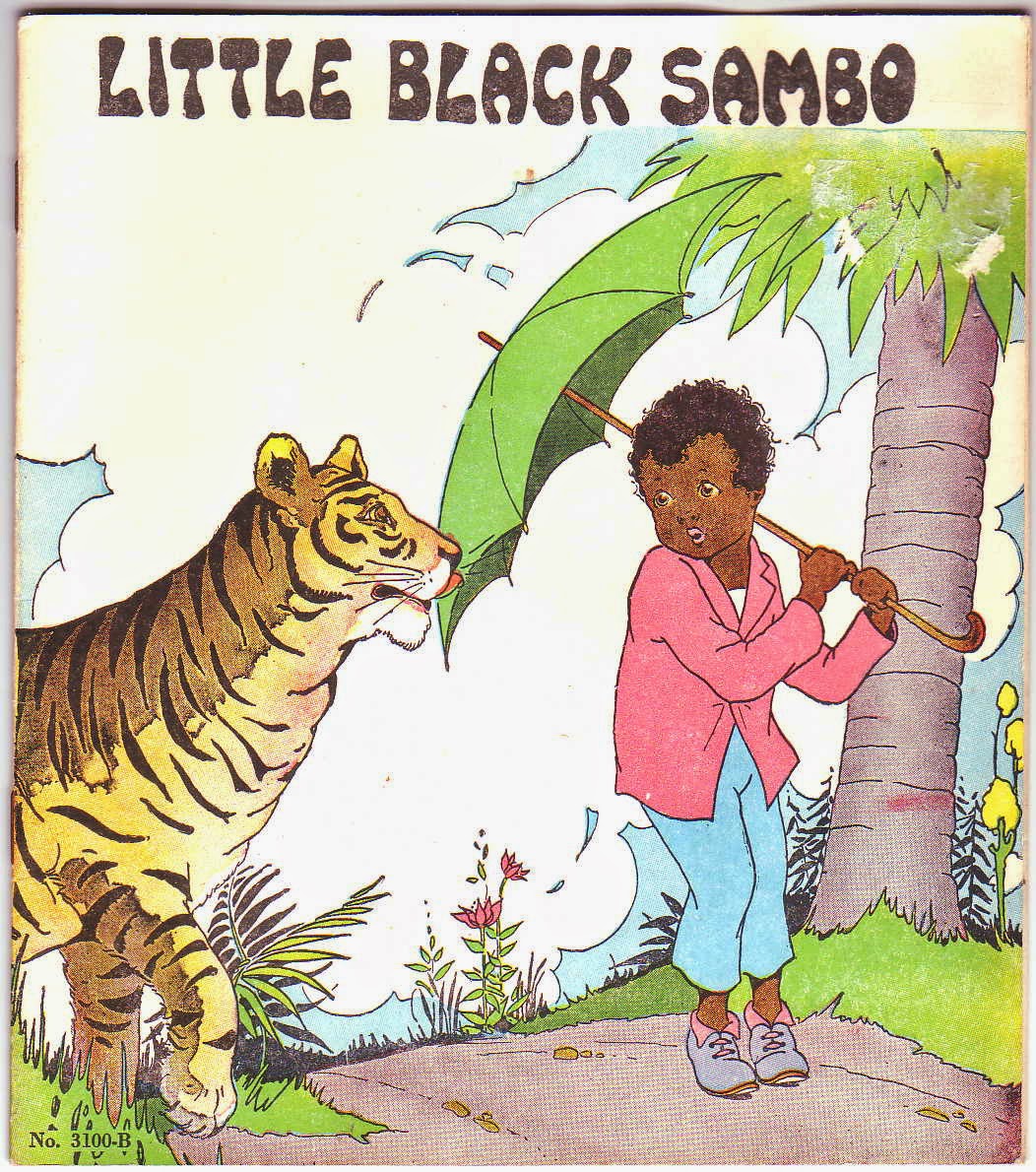 But then new editions came out and instead of being portrayed as Indian, the family were drawn as Africans in the most insulting way and there you go.
I'm pretty sure that I was introduced to this edition. 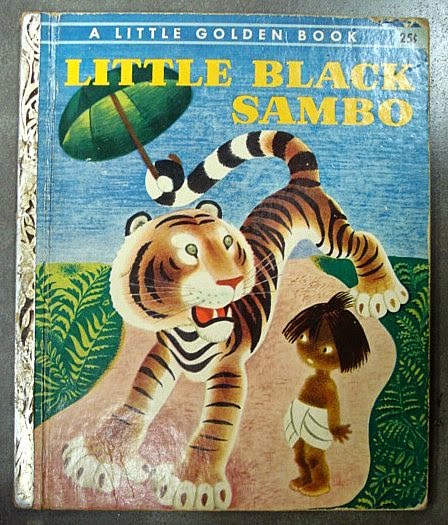 I still think it's a charming story.

Okay, I did not come here to talk about Little Black Sambo. I did not actually come here to talk about anything at all because my mind, as noted, has melted into a pool of butter. We did not have pancakes to eat butter on this morning. We had eggs and grits. I think I might take a walk because it is so very beautiful and it would be silly not to. My dumplings last night were NOT great. I used a recipe I found online and it claimed to tell me how to make "Chicken and dumplings straight from a southern grandma's kitchen."
Well, let me just say that some southern grandmas couldn't cook dumplings for shit.
Don't get me wrong- it was still all fit to eat but it just wasn't nearly as good as those frozen dumplings that are sold at Publix. I freely admit it.

So Owen has a birthday party to attend today and of course, Gibson has thrown up three times this morning. Lily reports that aside from the puking, he seems to feel just fine. Mr. Moon has had a bit of a tummy upset as well (not from the dumplings, I assure you) and so perhaps there is a little bug going around. Anyway, due to Gibson's gastric thing, Lily was not going to be able to take Owen to the birthday party and he was the unhappiest child on the planet. I believe he may actually have said, "You have broken my heart!" to his mother and so of course I'm going to go play with Gibson so that Lily can take Owen to the party.
As we all know, Mer Mer cannot possibly allow a grandchild's heart to break if she can do something about it. And in this case, it is simply done.
Lily asked me if I didn't think it was wrong to probably introduce the bug to the party via Owen, who, although asymptomatic, is probably carrying the thing.
"Yeah," I said. "But if it's going around, they're all going to get it anyway."
Is that wrong?
It's not like it's Strep throat.

I will never forget the time I could not go to see One Hundred And One Dalmatians because I came down with the measles. In those days (which was four or five weeks after dirt was invented), there were only about two movies a year that were made for children and one of those was probably some horrid Russian thing that scared the holy fuck out of kids but because it was animated, everyone took their kids to see it. Do you remember the Snow Queen? And then there were the movies for kids that wrenched our hearts out and made us cry and have nightmares of grief for the rest of our lives. Anyone recall watching The Dog of Flanders?
How about Old Yeller?
In one of those, the old man died. In the other, it was the dog. I'm not sure which was worse. But I will say that these movies left us poor little baby-boomer children stunned and silent with horror for days after watching them. I myself have obviously never quite gotten over the experience.

My Lord but I am wandering all over the map today.

The point here is that I don't want Owen to have to remember the pain and agony of not being able to attend Ethan's birthday party until the day he dies due to his brother's puking.

Well, I guess that's all the stream-of-consciousness I need to spew. Mr. Moon indicated that he might need some help attaching a fender that he painted back onto the car. I should go check to see if he does.

What are you doing today? And what were some of your favorite books as a child? Is your tummy okay? Would you eat pancakes with butter made from melted tigers? Did you set your clocks ahead?
Etc. Feel free to discuss any and all of these topics or pick one that you feel compelled to expound on.