Where Did I Get Mango Salsa? And Why Haven't I Eaten It? 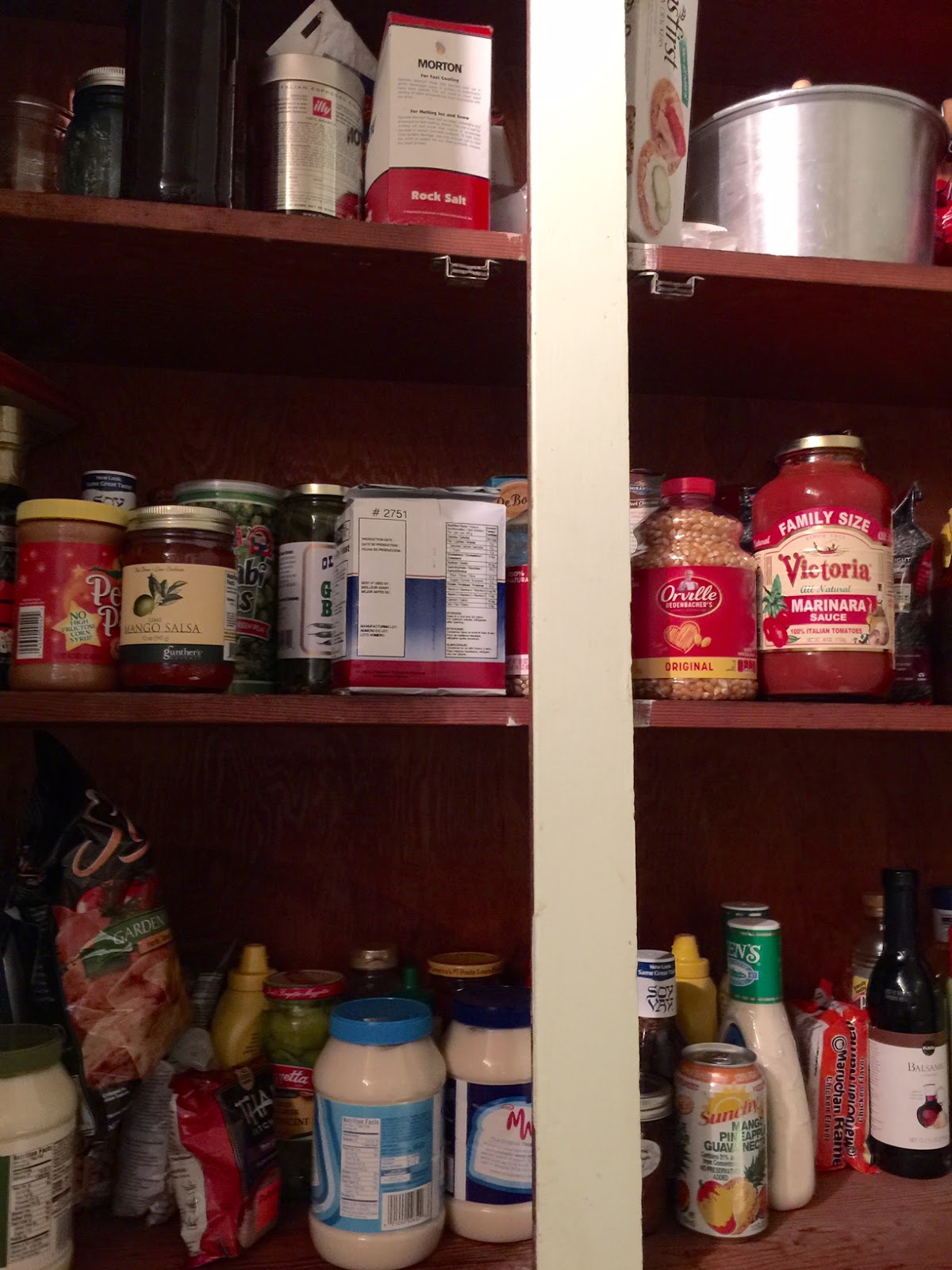 Nothing makes me feel as if I'm speeding down the highway of senility faster than not being able to find things I know I have. Or, alternately, buying things and bringing them home, only to discover that I have five other jars of the same thing. Or boxes. Whatever.

I've been trying to just keep moving today. Not that I ever really spend a great deal of time sitting around but still, trying to move more than usual. I hung laundry, three loads, brought it in, folded it, put it away, pulled a few weeds, picked greens and carrots for a salad, made bread, cooked soybeans, cleaned my old office up a bit, threw away some shit in there including bank records that go back to the early 2000's. Then I moved on to the cabinet in the kitchen where I keep most of my packaged foods, although not the canned goods. They're in another place. I don't have very many of those but they're next on the list. I threw away things whose sell-by dates have long since expired and things like opened-but-not-used-up packages of the seaweed you roll sushi in. I have no idea when the last time we made sushi was but I think my mother may have been alive. I found the Tamari I knew I had as well as the box of lasagna noodles I was absolutely certain I'd purchased just last week but could not find when it came time to make the lasagna. Luckily, I did find a box of partly used noodles from when I made tuna lasagna for Kathleen some months ago and there were just the right number to make my casserole. I was astounded to find jars of delicious pickled things to put in martinis: green baby tomatoes, green beans, okra, and jalapeno-stuffed olives. I threw out honey bears with approximately one teaspoon of honey in them, some home-canned peppers that I don't have the slightest clue as to age (they look like they might have been here since the house was built in 1859), a jar of grape leaves meant for stuffing that I bought at Publix on the discontinued display about three years ago, a small container of open butter-flavored Crisco which smelled rancid, and a teeny jar of orange marmalade with a rusty lid and I'm pissed that I never ate it. I love orange marmalade.

Anyway, that all added up to two bags of garbage that I'll definitely be glad to take to the dump facility. It's certainly not in any way representative of the complete purging I need to do but it's a start. It must be spring because today I actually thought about washing our pillows. I've read those articles about how pillows, after a time, are about 90% dust mites and although that should make me feel skeevy, all it does is make me think, "Dust mites are so cozy and comfy!"
But still.
It does definitely feel like spring, as I have pointed out, but it's supposed to get down to near freezing again Friday night with a high temperature during the day of fifty. This is going to twist our tails into tangles. I've been wearing a tank top and shorts all day long and glad for it although the fact that I need to shave my legs is painfully obvious.

Mr. Moon and Bug are doing something manly out in the garage which seems to involve motors and I need to put the rice on. It occurs to me that I may lead one of the most boring lives in the world.
Oh well.
La-di-dah.

It is my life and I feel quite certain that most people have lives that are similar in some ways. We all buy things we do not need and forget, we all need to check our sell-by dates occasionally, we all (eventually- trust me) worry that we've all taken the fucking exit which leads to I've-Lost-My-Mindville entirely by accident and it's too late to turn this beast around. So we do what we can.

Anyway, that's my story and I'm sticking to it.