What A Great Day It's Been 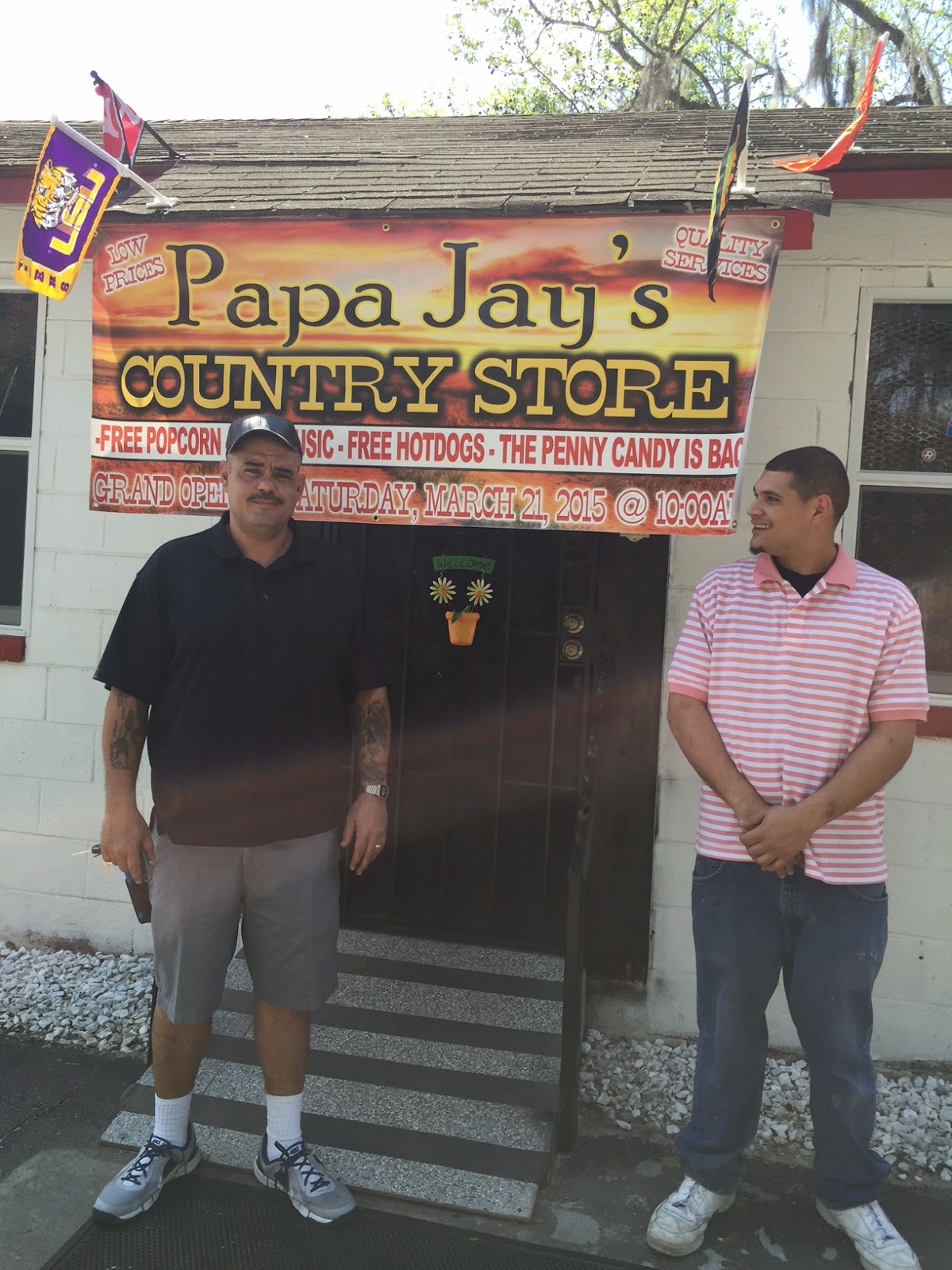 It's 9:30 at night and Maurice and I are sitting on the back porch, listening to a gentle rain fall and all is well in Lloyd except that there is an oak snake in the hen house. When I went to close up my fowl babies, I saw it in a nest behind one of the Chi-Cha's who was a bit disturbed and agitated. I moved her to another nest and tried to think what to do. They are only in there for the eggs and will not harm (I do not think) a grown chicken or duck.
I actually called a neighbor but I could tell that he was not interested in coming over to deal with a snake on a Friday night. I didn't blame him and realized I'd been foolish. I texted Mr. Moon who told me to grab it behind the head and throw it in the woods.
"Hell no," I texted back.
I went back, having girded my loins enough to grab the pitchfork, not to stab him, but to lift him out but the snake had moved and after a cursory look-around, I just shut the door and came on back in the house. No way I was going to start poking through the hay and looking up into the rafters where I was certain it was probably lurking, ready to fall on my head.

Like Ms. Scarlett O'Hara, I will deal with this tomorrow. If I must.

That picture at the top is of Papa Jay and I think his son in front of the Grand Opening sign. Tomorrow! I'm going. Not to eat free hot dogs but to buy something. Anything. A can of Vienna sausages? Maybe. I can't wait to see what sort of free music they have, what sort of a turn-out they have. This is such a small thing but for us here in Lloyd, a potentially large thing. They will take EBT and there are so many people who cannot afford the gas to drive to town for every little thing they need. Of course things may be a bit more expensive, but if you need milk and milk is all you need, or a loaf of bread, it makes better economic sense to merely walk to the store and get it. It might even encourage more people to walk around here. We shall see.
I know that Papa Jay has put an awful lot of work into it and some money, as well. I am hoping for the best for him, his family, and our community.

Here are two more pictures I took on my walk because they are beautiful. 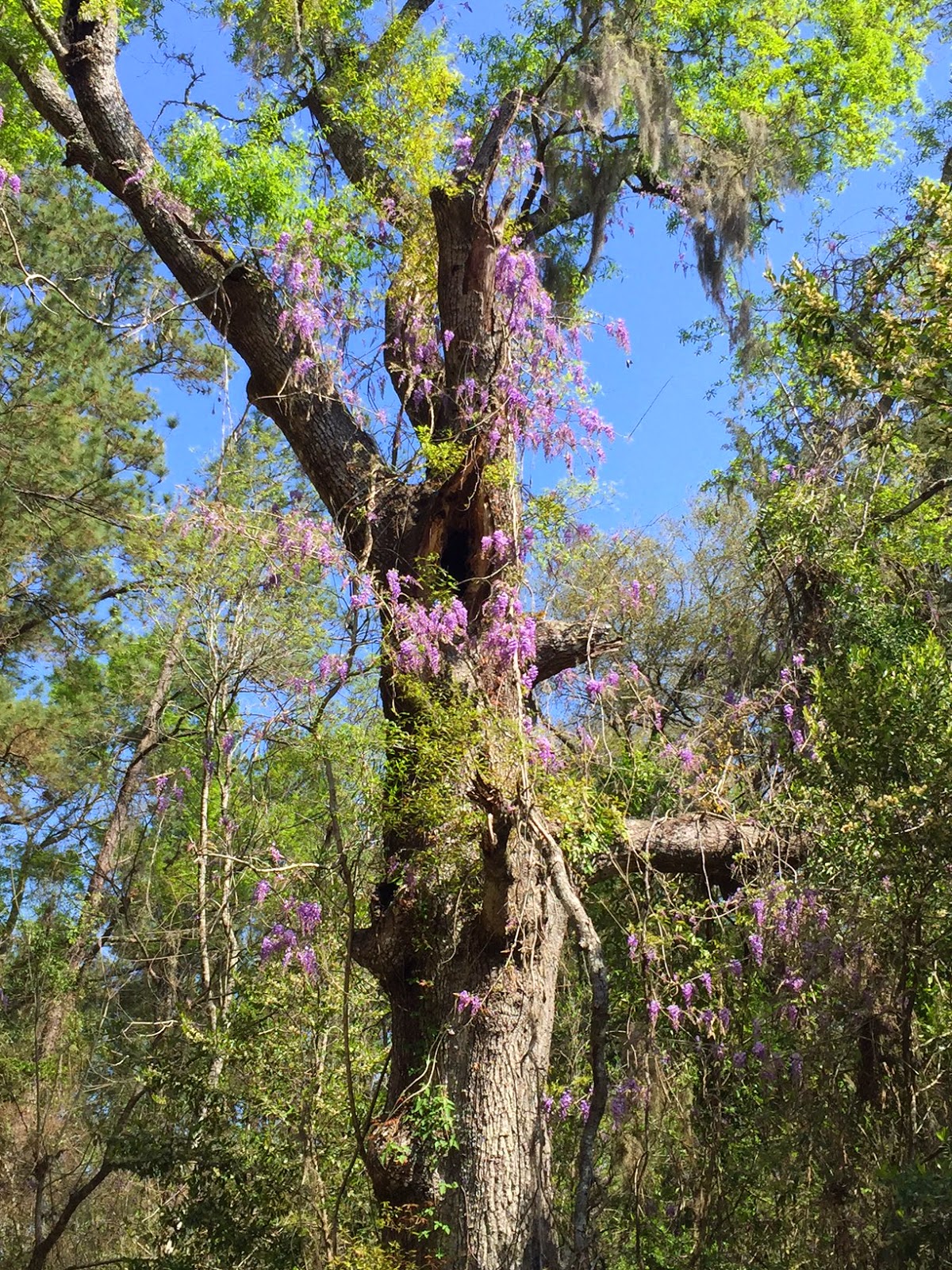 The wisteria climbs so high into the trees. I used no filter on these pictures. These are the colors I saw with my own eyes. 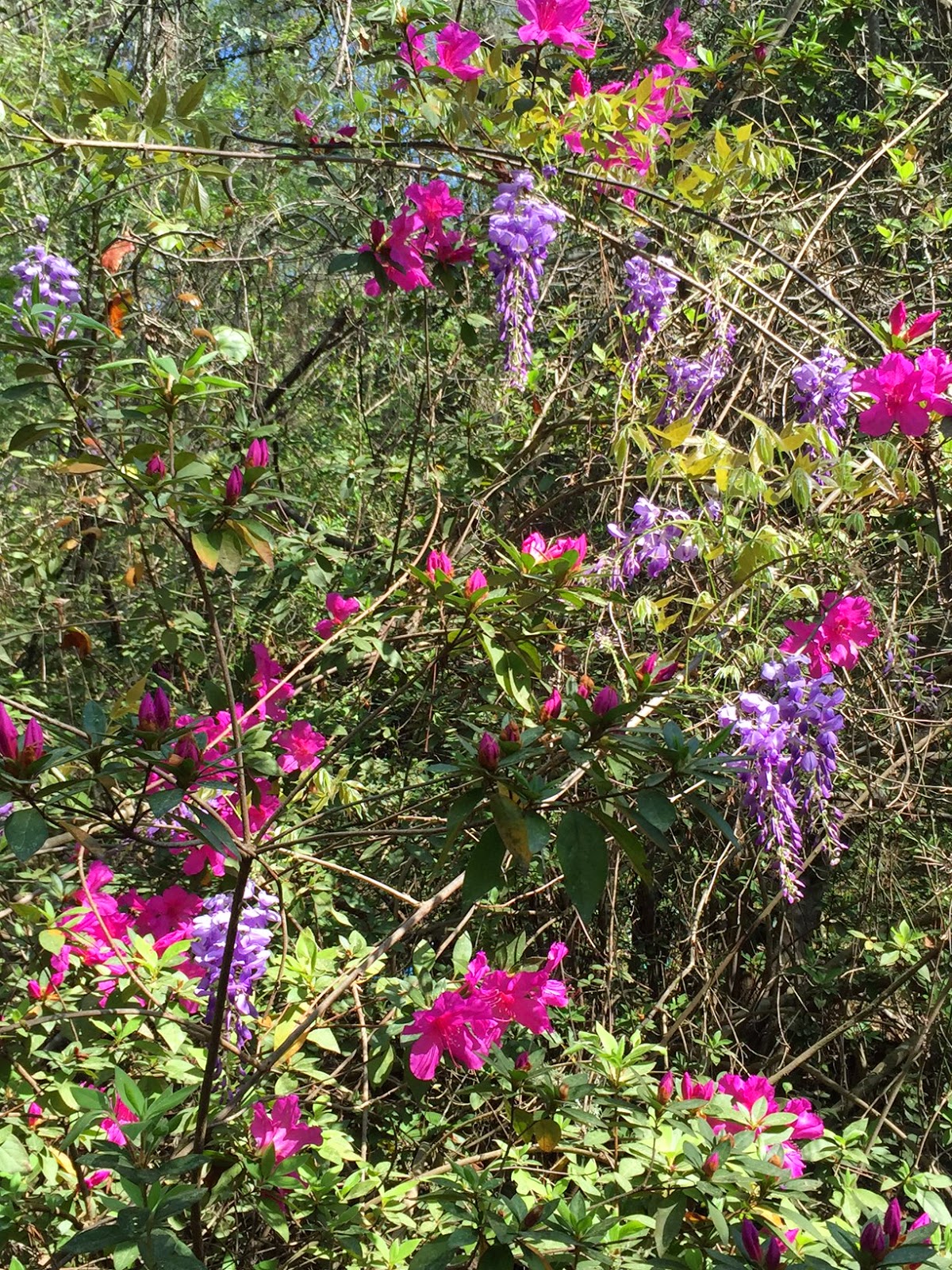 Wisteria in azalea at that old homestead I talked about the other day.
Is that glorious, or what?
The color purple...

I took a nap this afternoon and then got up and ran around like a crazy woman, taking a shower and making espresso, slamming it down, getting dressed, and then on to town where I went to TWO Publixes getting last minute things for the party and then on to the party. The birthday boy was wearing the Woody Costume that his brother used to wear all the time and I am so sad I didn't get a picture of him in that but before the evening was over, he'd had a small accident and had a change of costume. The party involved lots of children and family and so of course, all was chaos but Jason grilled burgers and hot dogs and Lily set out things she'd made and the cole slaw that Jessie made and I "made" Velveeta dip because I had thrown all caution to the winds and I ate so much of that that by the time supper was ready, I could hardly eat.
I forced myself though. I mean...it was only polite. Right? I ate on the back porch with a table full of kids and it was fun. Shayla joined me and honestly, only Shayla and one kid and I ate anything. The rest of the children were too excited and were back out playing before their food got cool.

Things were cleared away and the candles were put on the cake and we turned out the lights and sang Happy Birthday to our boy who handled it all with a great deal of aplomb. 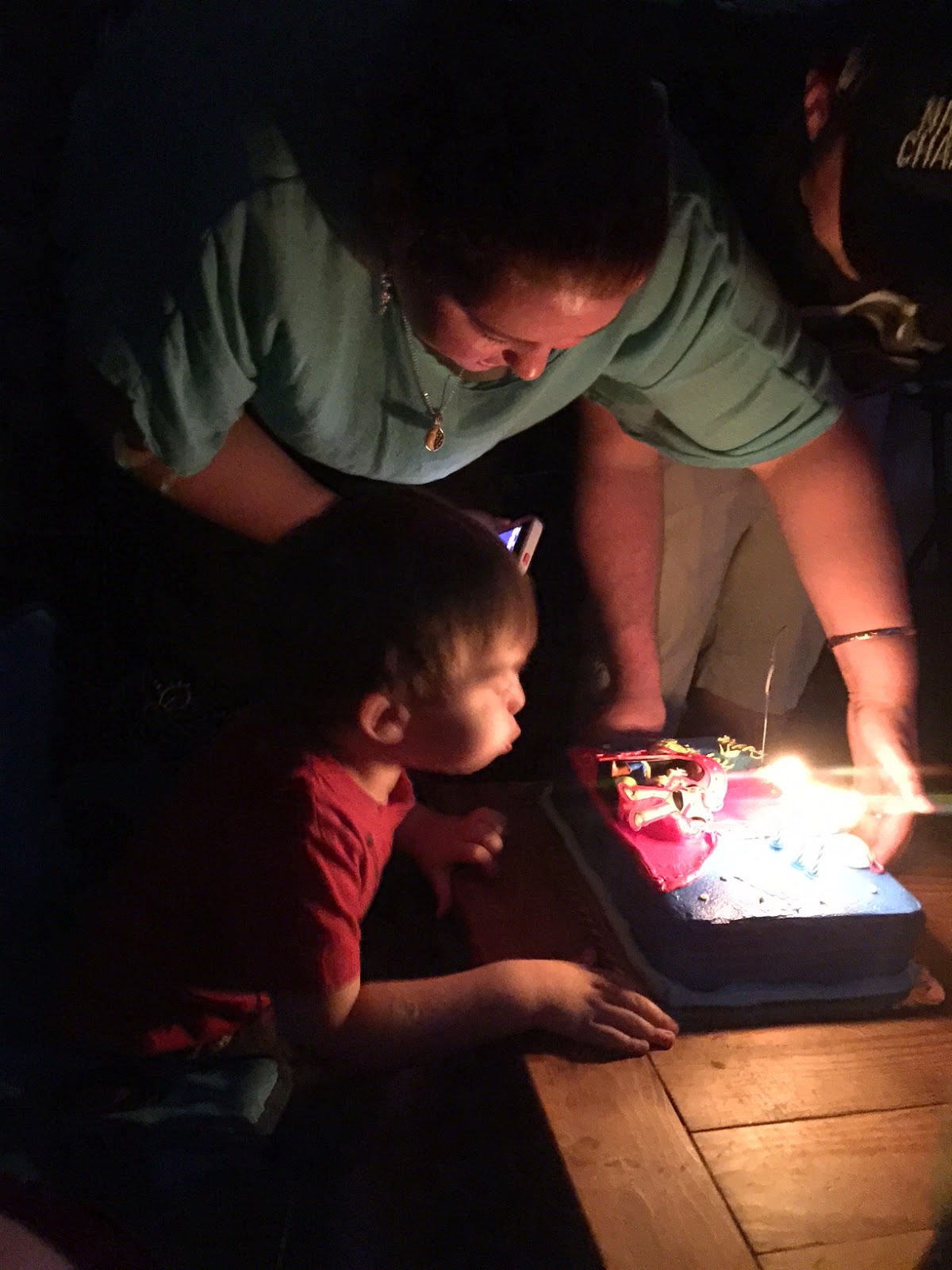 Presents were opened and cake and ice cream were eaten and then it was time to come home and I was so ready to get here, get my bra-like undergarment off, put my chickens up, settle in.
Of course, there was the snake but hey- that's life.
An owl was hooting for love when I got out of my car. I love that sound. He has quieted now and all I hear is rain and the very faint tapping of these keys. Maurice is cleaning her face and yawning. She's had a busy day. 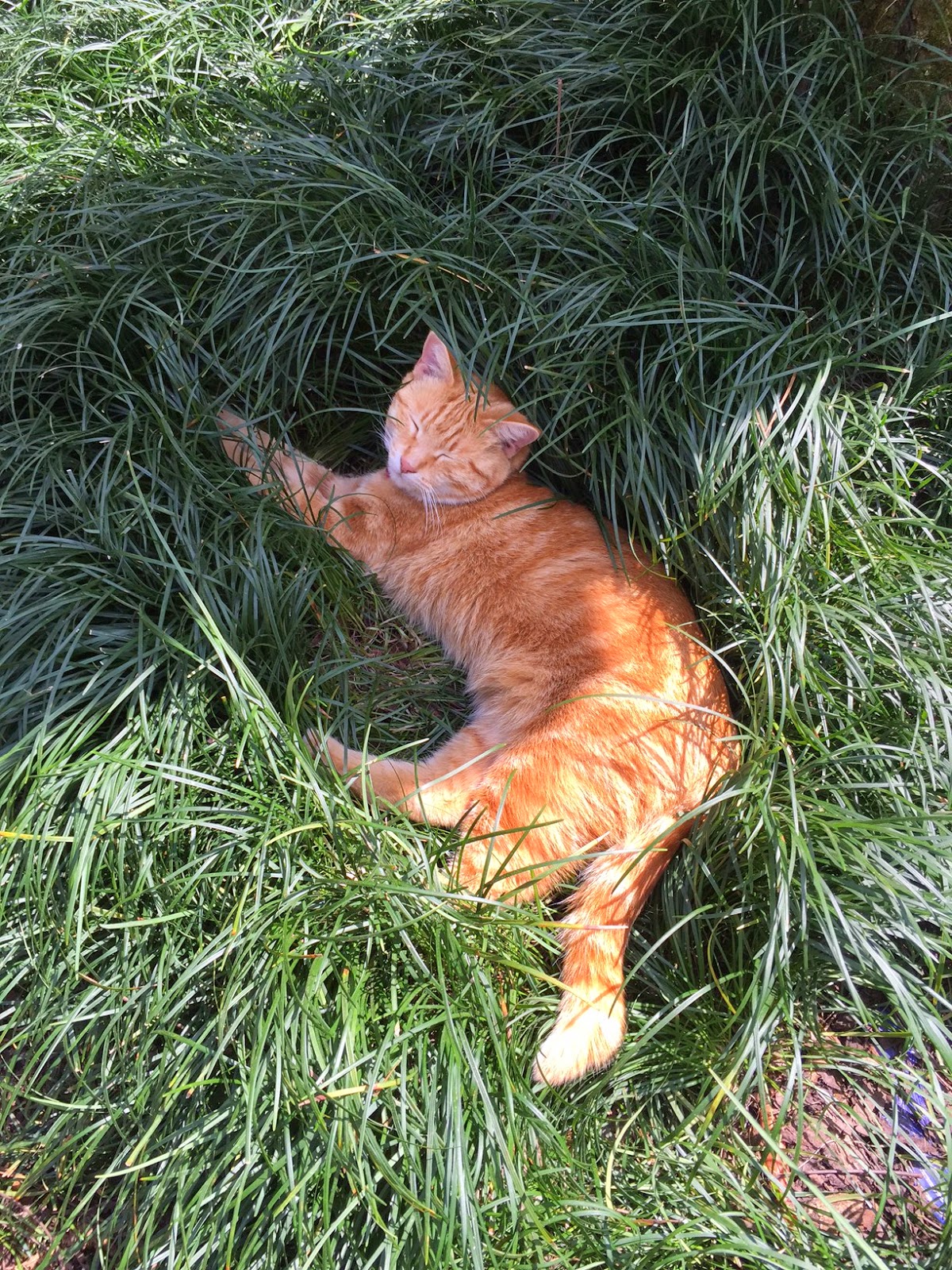 I took this picture of her in the border grass earlier. I KNOW, I know, she looks like she's just napping but really, she's keeping watch over everything. Like, you know- this: 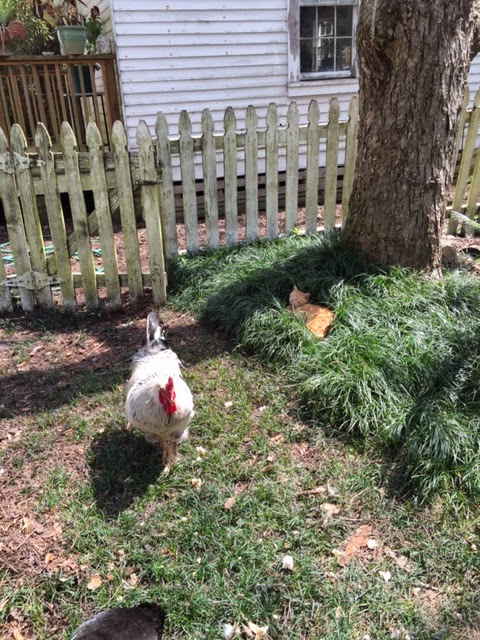 Shit can get stressful, y'all!

All right. One more picture. 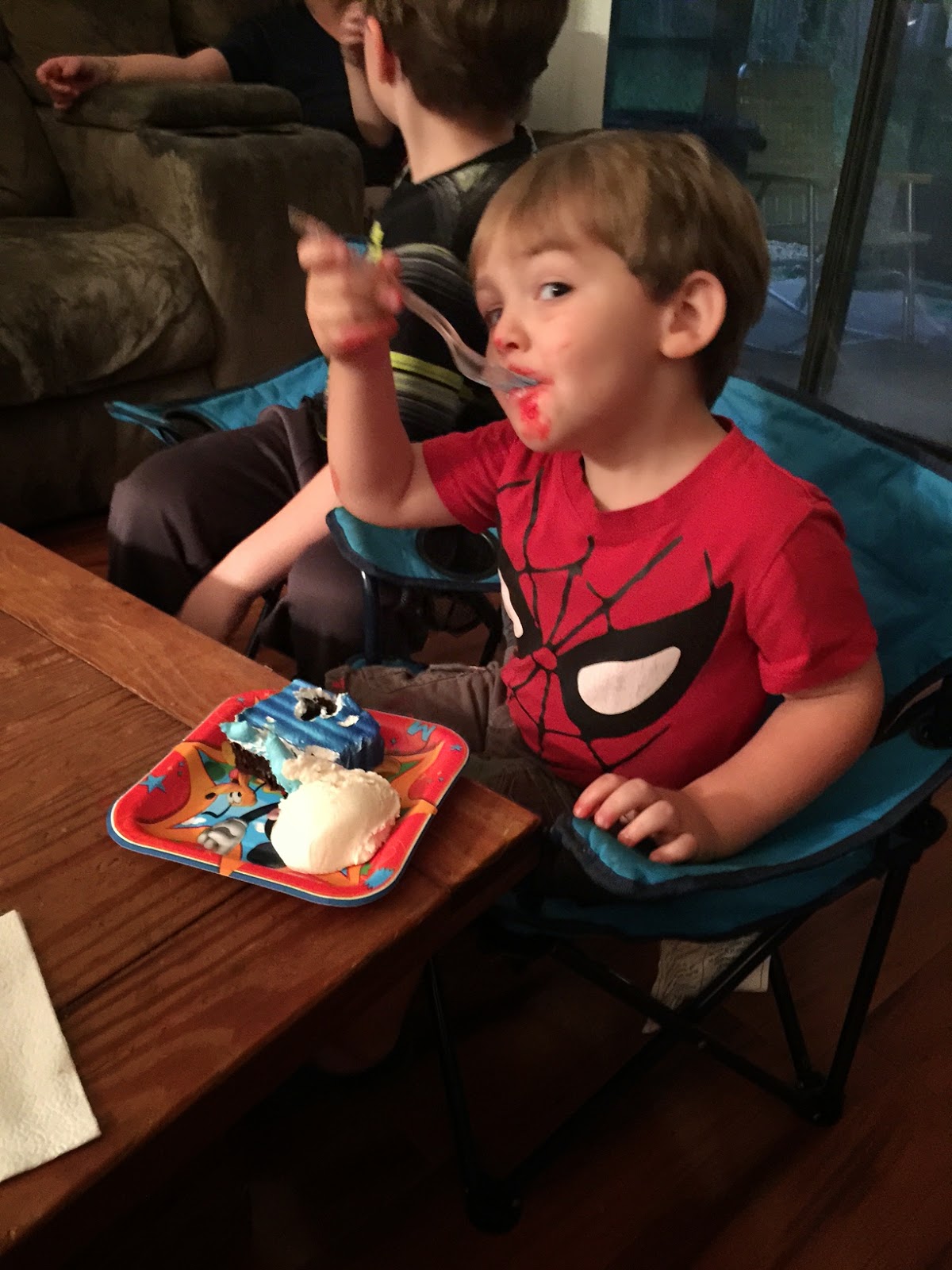 I am so glad that boy was born. I think he's a keeper.