Change In The Weather 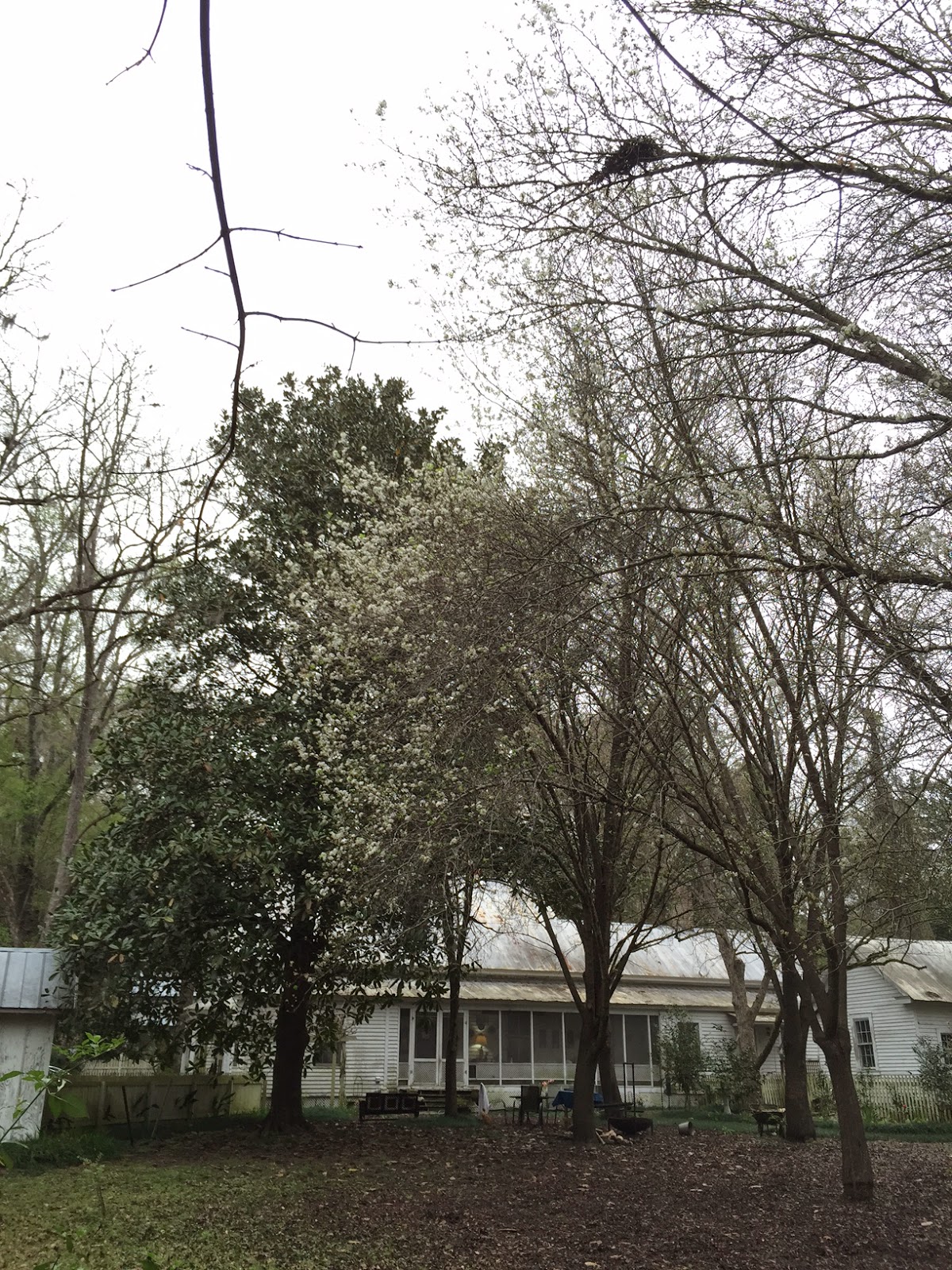 I can't get a decent picture of the Bradford pear blooms because the sky is about the same color as the blooms. It's damn depressing looking here in Lloyd today. A bit cooler too and although it's hard to admit, when the rain brought a drop in the temperature last night, I was glad of it.
Mosquitoes are already biting, the females hungry for blood, and the gnats are beginning to swarm.
Mick "Spare Parts" Jagger is having his third sexual congress for the morning which I have observed. He is being driven insane with lust. Elvis hardly even tries to deter him any more. He doesn't exactly turn a blind eye, but he's sure not running to the rescue of his maidens with the enthusiasm he used to.

I am feeling some better today. It is Friday which I always consider to be my day off although why, I am not sure. When you're a housewife, there really is no work week as such, but on Fridays I do not feel compelled to do anything I don't really want to. Plus- there will be martinis on the porch tonight if the mosquitoes and gnats don't drive us inside.

Why does anyone live in Florida?
Oh yeah, because we're crazy.

Well, the ducks are shoveling through the leaf mulch with their flat, wide dirty beaks, the finches are turning yellow, the wrens are beginning to make their nests, the chickens are scratching and eating, laying eggs and exiting the hen house. The guy using the leaf blower at the church next door has blessedly finished his noisy chore. I am going to town to have lunch with some of my babies.

I dreamed that my friend Lynn was alive and well again. I asked her what had brought about her recovery from death. She replied something about how she had glimpsed hell and seen the shortness of infinity or something and had decided not to really die.
I knew even in my dream I had no idea what she was talking about but I nodded as if I did and life went on.

I'll leave you with that.