Out Past Dark. Wild Me 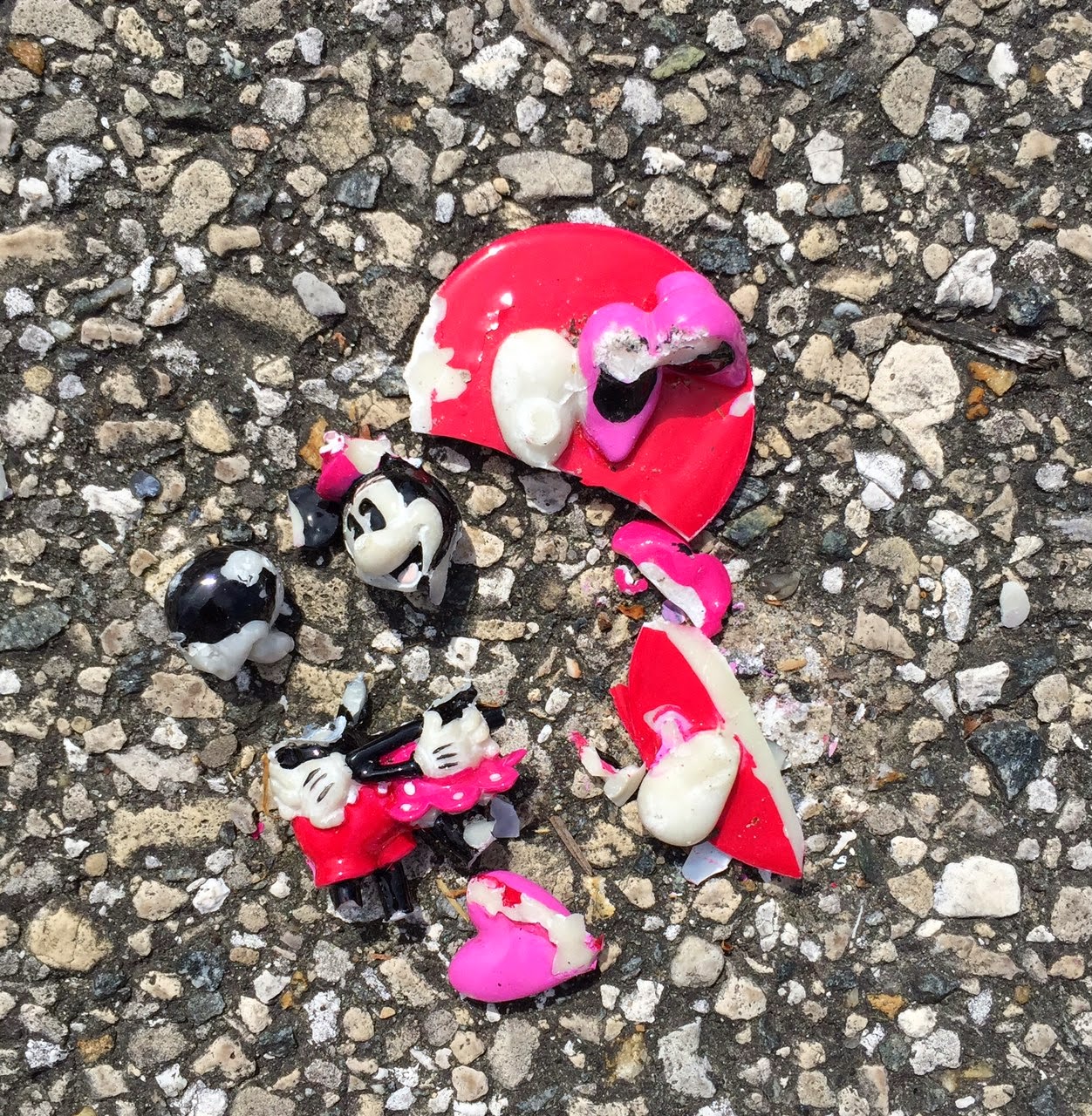 Bad accident on the road this morning where I take my walk. Poor Minnie. Poor Mickey. Knocked clean out of their shoes.

Just got back from town. Hey- I stayed out after dark. Drove myself and everything. Owen's game was pretty entertaining. Some of those kids aren't as tall as Gibson. But everyone had a good time except for one little guy who HATES people watching him.
Same little guy who almost died of embarrassment at the Fairy Tale Ball a few weeks ago.
Yes. Owen.
He pulled it together though and hit the ball and made a good run and ended up sitting with some of his friends. 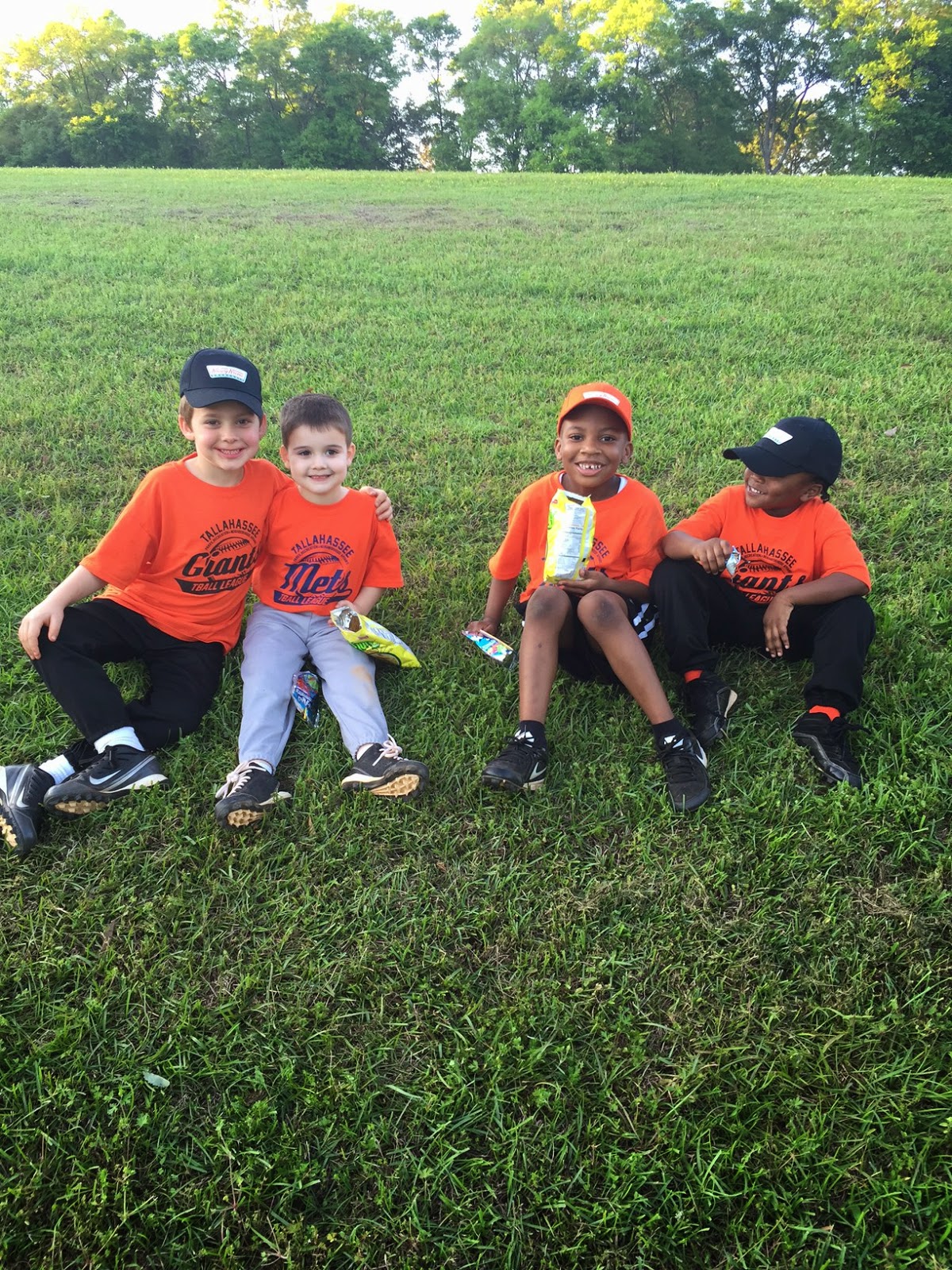 I was standing there watching them, just keeping an eye from a distance and Owen said, "Mer! Come here and meet my friends!" And so I did. They're not too adorable, are they?

It felt quite familiar, being back at a kid's game. Parents and grandparents, babies and kids. Coolers full of juice and gator aid, boxes of granola bars and chips. No where to pee. Gibson played with his cousin, the darling Lenore. She is so delicate, so tiny, that when I talk to her, I practically whisper, afraid that the very sound waves coming from my voice might knock her over.

We went out to eat afterwards and I ate too much. Enchiladas verdes. It was sweet, sitting at a table with Lily and Jason and the boys and Hank. I just found out tonight that although Owen doesn't like ketchup, he loves Chalula Hot Sauce on his french fries. Miso soup, sushi, hot sauce.
That's our boy.

It's so quiet in Lloyd. The stars and moon are shining so brightly. A little wind kicks up now and then and in the far distance I hear frogs chorusing.

And y'all. Elvis doesn't look good.
I didn't get in until the chickens and ducks were in the hen house and Elvis is on the ground, in the corner where the ducks usually sleep, not on a roost or in the nesting box where he always sleeps. He opened his eyes and looked at me but he looks miserable. I told him I loved him and shut the doors.
If he's in pain, I don't want him to go on.