Ah, fooling around with the dosage of bioidenticals within the given range of prescription can lead to fooling around.
Better living through chemicals, that's what I say.
Or not.

I'm going to a wedding today, way out on the other side of Monticello. The bride is a woman who works with Lily at the Publix and she is a funny woman. She calls me "Miss Mary," and she constantly tells me I am spoiling Owen. She has very large breasts. I shouldn't say that. Well, she does. Also, a beautiful smile. She is getting married this afternoon and I have never met the groom. I hope he's a good man to receive the bounty of this woman as a bride. The wedding is being held at an AME church. African Methodist Episcopal. Lord, I hope the church does not burst into flames when I walk in. I asked Lily what I should wear. She said that she did not know although the bride had told her that there would be no hats.
I told Lily that there WOULD be hats and that's that. I don't know everything, but I do know this.
There will be Aunties wearing hats.

I just talked to my Lizzie Love and told her about the wedding. The first thing she said was, "Are you going to wear a hat?"

Speaking of Lizzie Love, she and Lon are playing tonight at the Mockingbird Cafe. I am thinking that since I'll already be wearing finery (i.e. a bra) we should go.

TWO OUTINGS IN ONE DAY!

Say a prayer for me.

I just found a small, unidentifiable (by me) piece of poop in the mud room. It was not dog poop. It was not rat or 'coon poop. This is mildly disturbing. What does snake poop look like? Do you know?

DO NOT GOOGLE-IMAGE SNAKE POOP!
And boy, do I wish I hadn't.

Mr. Moon is already gone. He had to go...what? Do what? He is either buying parts for my sink or a tractor or going out to his food plot at the hunting camp or...
I don't know.

He told me. I think maybe he is doing all three of those things. I'm pretty sure I won't see him again until this evening, what with me going to the wedding and all. Who knows? I never do. But I do know this- he always comes home. Girls, that is a good thing. I had a husband who always came home but it was usually in the wee, wee hours after I had already planned out his funeral.

This is why I do not complain about Mr. Moon and tractors and hunting and fishing and laundry that has the smells and stains of work. Well, one of the many reasons.
Mr. Moon had a wife before me. She did not own a broom. Her mother had taught her that women were not put on this earth to clean the house. I agree with that but someone has to clean the house. Occasionally.
I wonder how many brooms I've worn out in the almost-twenty-seven years we've been married.

A first marriage can really make you appreciate a second one.

Instead of weeding today, I might just do something crazy like my nails. Toe and finger. Whoa!

I am not counting these asterisks.

Have you discovered Sunbutter? Oh my god! 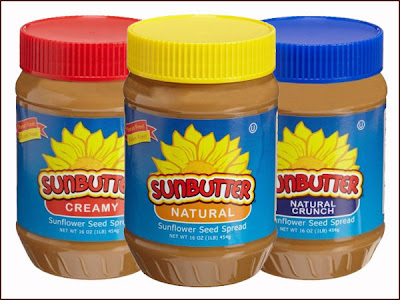 It is the best, best, BEST!
Bonus:
Mr. Moon doesn't like it so I get the entire jar! I don't know why he doesn't like it. He eats sunflower seeds all the time. He is a mystery to me, that man.
Well, not really.
Sort of.

Look. If you are a lawmaker who votes for a gay marriage ban, DO NOT USE YOUR PHONE TO ARRANGE DATES WITH A SAME-SEX PERSON AND REALLY, REALLY, DO NOT USE THE PHRASE "GOOD TIME" AND DO NOT MAKE MENTION OF THE MONEY YOU WILL GIVE THIS PERSON FOR SAID "GOOD TIME".

I could do this all day. I guess I won't. I'm hungry, to tell you the truth. Plus, I drank all the coffee.

SNAKE POOP? IN MY HOUSE?