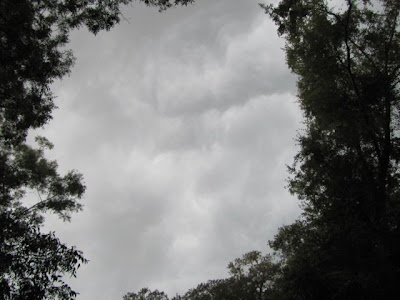 Holy Shit, BatThor! It is storming here like the devil's doing meth and beating on his kettle drum. The rain is pouring, it's almost black as night and when the lightening strikes, the ground shakes.
And of course I'm alone.
The odds of getting this written and online before the electricity goes out is slim to nothing, baby.

Mr. Moon is off to auction. Yay! People want to buy some cars! I hate to talk business here but the car biz has been bad. Everyone wants a reliable, gas-saving, no frills car for $4,000. Guess what? Buy your grandma's car. Mr. Moon refuses to sell cars that are going to cause problems. He truly wants his customers to be happy. That way, they come back. Sell them shit and they don't. Simple business sense plus- ethical. Which Mr. Moon is, despite the fact that he sells cars.
He does not own either a white belt or white shoes. I promise you.

Oh Jesus. I can't believe I'm writing about the car business in a storm like this. Maybe I'm just trying to distract myself from imminent frying.

Okay. I went to town. I went to the liquor store and the Big Lots and the Dollar Tree. I went to the New Leaf and I saw Billy. Every time I see Billy I cry. They probably make jokes about me at the New Leaf. "Hey Billy! That crazy woman who cries is here again. What the hell's up with her?" I can't help it. I love him that much. I went to the library. I went to take care of my boy. He was asleep when I got there and when he woke up, he was NOT happy about his mama not being there. "No, no, no!" he said. Then he showed me all of his toys. He very politely asked if he could dump out his toy basket. "Sure, go ahead," I said. And he did. His Bop came by to see him on his way out of town. Owen showed him all his toys. Owen has a lot of toys.
After his papa came home and I got all of the kisses I could get out of him, I went to the Costco. I bought a bunch of stuff. I saw some people I did not want to talk to and I reverse-stalked them. Do you ever do that? Reverse-stalk? I do. Then I went to Publix and bought more stuff. I have a lot of stuff to take to the beach including a new beach umbrella. I'm pretty excited about that. I BLEW TWENTY DOLLARS ON A BEACH UMBRELLA! Fuck yah.
I want to sit on the beach and not fry. Like I'm about to do in this storm. No, really, the storm is passing.
Then I went to Publix where I bought more stuff. MORE STUFF! We shall not die for lack of greek olives, stuffed grape leaves, orange and pineapple juice, avocados, cilantro, pizza cheese and whole grain cereal. Or coffee. Or coffee filters. I think last year I made coffee using paper towels as filters. We shall not die for lack of yogurt or beer or tonic water. We shall not die for lack of limes and rum. We shall not die for lack of bacon, onions, or garlic. Or red, orange and yellow peppers. Or tomatoes.
We shall not die.

Unless we're struck by lightening. Hey! It happens!

I came home with all my stuff and I discovered that the new hens were hanging with Elvis by the garden and the old hens were under the kitchen porch stoop. What's up with that? Huh. I checked the eggs. Two old hen-eggs and one new. I feel so bad because I haven't named the new chickens. Not really. I am calling the all-black-hen-with-a-comb-whom-Elvis-fucks-and-who-is-laying, Sharon. I am calling the one with the really long neck, Ozzie. As for the rest? They look so damn much alike and stopping and figuring out who is who based on subtle feather patterns is just not on the agenda these days. Does this make me a bad chicken-mama? I hope not.

Okay. The storm has passed. I still have life and electricity. I am taking neither of those things lightly or as my due. I am very grateful for both. I am grateful for many, many things, including a husband who took the time to go out and fill up the chicken water-er before he left. Including a grandson who shows me all his toys. Including a car that is reliable and gets good gas mileage. Including a new beach umbrella. Including friends whom I love so much that when I see them, I cry. Including a bunch of ladies at the beach with whom I am going to have such a good time. Including that fact that I live so close to the Gulf of Mexico that I can drive there in a few hours.

You get the picture. I'm grateful.
And once again, a storm has passed. Elvis crows. Come together, my hens, my loves!

And I do not know if I will have any wireless at the beach at all. I will do what I can. I will cook and float and read and sleep and play games and get out of the water if lightening threatens. I will walk and talk and drink rum and tonic. I will possibly write. Who knows? Not me.