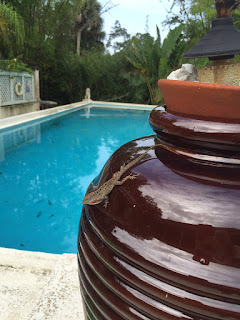 Mmmmm...
Love is in the air.
It's so nice to have a cabana boy. He is taking such good care of me, cleaning the kitchen, being my midnight-swim sweetie. This morning, while we ate our breakfast by the pool, we watched that little guy up there doing his pushups and puffing his throat to attract a lady lizard. One came along and we shamelessly observed them as they foreplayed, as she scuttled, as he chased. We ate our eggs and listened to the bamboo, the birds. One of them sounds like a monkey. Hell, maybe it IS a monkey. I would never be surprised to see any animal in Roseland. Monkey, hippo, Tyrannosaurus Rex, Mastodon, TARZAN!
Honey, it could happen. 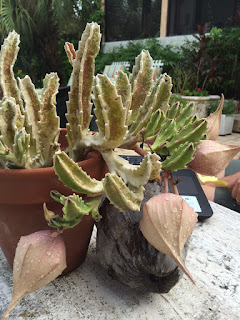 Alien succulent. Never seen a thing like that in my life. 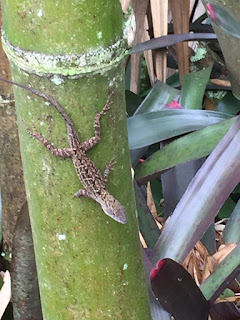 Another lizard. I am afraid these are invasive in that I never saw them here when I lived here as a child.
Sort of like the gozillions of people who have moved here.
Not here, here, but in surrounding areas.
Invasive species.
Not judging. Just saying.
More pictures. 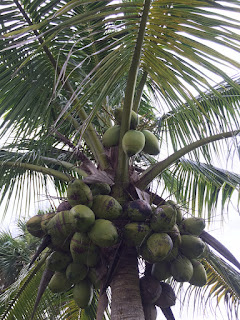 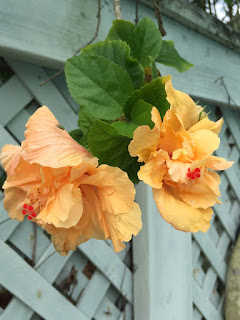 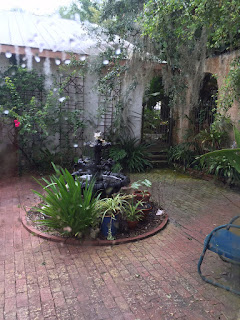 My biggest problem is deciding where to sit.
Fountain courtyard? Poolside? Jungle nook? Dock on the river?
I've visited them all this morning.

Well. We have big plans. We're going to go try to find a jigsaw puzzle. Later Mr. Moon is going to try to net some mullet.

I'll let you know how all that goes.