I Can't Even Believe It 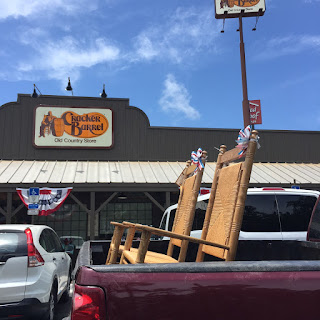 We did it! We picked up Ms. Jessie and went to the Cracker Barrel where there were millions of people waiting for tables, perusing the glorified gift shop and I sort of thought my head would explode but it did not although I did get a headache. While we were waiting for our table Mr. Moon found someone to discuss the buying of rocking chairs with and finally, we were seated. 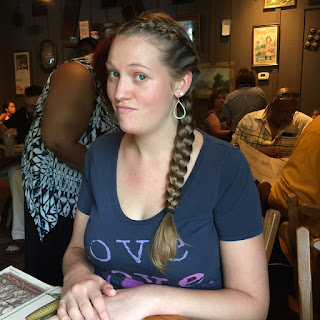 It took quite a while for us to get our food but hey- a million people! What can you do? And it was fine when it got there and of course, hunger is the best sauce so it was, in fact, quite fine. Our server was awesome and after we ate, Mr. Moon proceeded with the purchase of the chairs and loaded them up and then he said, "Let's go buy a dishwasher!" I think the man has lost his mind.
But. We took Jessie home and then went to the appliance store where we had shopped months ago and found the same sales-lady because she had helped us before and by golly she was wearing the same skirt! I know this because I have one like it and so I remembered. We checked out the dishwashers, remembered the one we'd liked, and then I shit you not, we bought it. The lady kept saying, "You two are so funny!" and then, "You seem like you've been married a long time. When did you get married?"
"Last year," said Mr. Moon.
I did not correct him.
Anyway, we loaded up the dishwasher in the truck with the chairs and made our way home.
Here's what they look like on the porch. 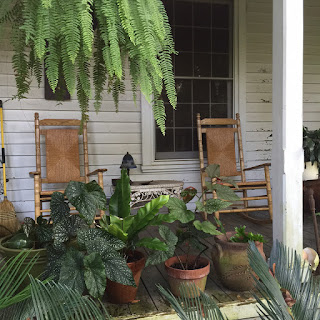 Nice, right? I think so.
Here's what I've done with the old ones. 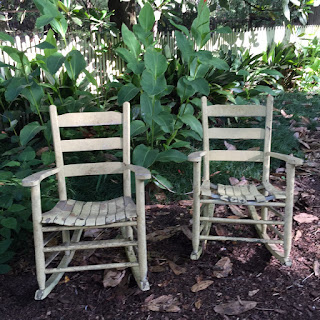 They're just sitting in the yard and will probably be going to the dump. Mr. Moon said he didn't want them going in the garage and that he would put them in the old barn and I said, "Why?" and he considered that and said that yes, he'd take them and throw them out. But for now, they're just sitting there, looking all shabby and not very chic (what happened to Shabby Chic?) and la-di-dah.

And before I knew what was happening, he asked me to clean out the cabinets where he's going to put the dishwasher and so there I was on the floor, finding things I had no memory of having and also mouse poop and dead roaches and so forth. I threw out about forty plastic containers which once held yogurt or hummus or something and found places for some of the stuff and a lot of the stuff is just going to have to fit in somewhere. Don't ask me where. But HEY! I'm going to have a dishwasher! Can you believe it? I can't.

And this is what Mr. Moon looks like tearing shit up. 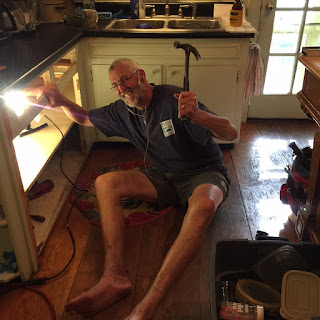 And yes, my husband may have the longest legs in the world.
Jessie and Vergil got him a tool for Father's Day which does about a dozen things. Saws, drills, removes stuff, polishes...hell. Don't ask me. But the man is using it with great and happy enthusiasm and saying things like, "I love this tool!"
Men.
Gotta love 'em. And as a neighbor of mine used to say, "I do love a man with a power tool who can take instruction."
Uh-huh. Me too.

So. The process has begun. I think maybe he just chose this time to get that dishwasher so that he could use the tool which is absolutely totally fine with me and THANK YOU VERGIL AND JESSIE!

I watered the porch plants and picked some zinnias and some other stuff. 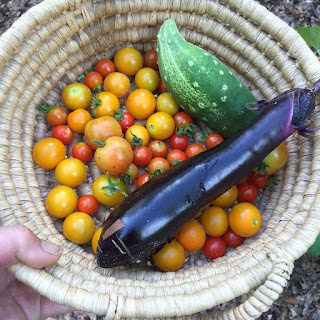 And took a picture of the chickens and the duck from the garden. 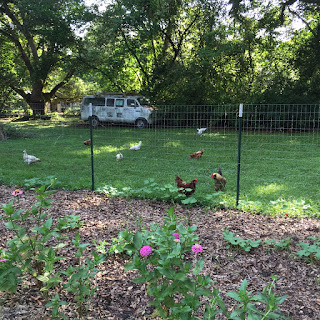 I'm thawing out some rock shrimp and will cook that and I think I'm going to make a bastardized version of gazpacho and cook some rice and that will be our supper.

I texted Lon earlier about us buying a dishwasher (this has been a major topic of conversation for years) and he wrote back, "A dishwasher??!! There may be some sort of galactic repercussions from this you know."

God. I hope not. I hope the only repercussions are that I have to buy those cute little dishwashing soap pellets. And that my dishes get really, really clean although I wonder if this is going to cut back on the beneficial gut bacteria we ingest. Well, as long as I still store my dishes and pots and pans in cabinets with roaches and mice we'll probably be fine.
(Don't you judge me.)

And one more thing- if you read my last post about that crazy dream I had- well, Hank sent me this link and said, "You've seen this, right?"
And I had not.
I am boggling.

And I'm still so high on yesterday's SCOTUS (doesn't that sound a bit scrotal to you?) decision and so it's been a very fine day here in Lloyd with outlying adventures and have you seen THIS?

Oh my god. The sound of the drill is piercing through my ears. I'm going to have to kick that man out of the kitchen so that I can make our supper.
Wish me luck.
Nah. Actually, I'm feeling about as lucky as I need to feel.