Miss Eggy Tina just walked through the dog door onto the porch, cackling about it. Then she left back out the way she came in after a quick look-around. I can just see it now- chickens all over the house, dropping eggs in various bowls, baskets, and on pillows on the couch, hopping up on the dinner table when we eat. Next thing you know, I'll have a damn washing machine on the front porch and half the cars in the yard will be up on blocks, shotguns will be leaning up against the front door and we'll be wearing long underwear in lieu of other clothing, the armpit sweat stains permanently in place because of course the washing machine on the porch won't work. 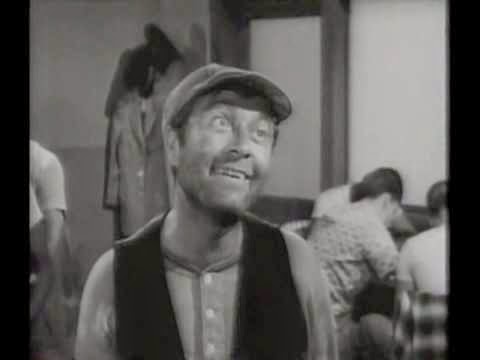 (It's Me, It's Me! Earnest T! Earnest T. Bass from the Andy Griffith Show)

Sometimes though, I worry that something like this could very much happen.

My walk this morning was a torture. By the two and three-quarters mile mark I would have stopped, laid down in the weeds beside the road and called a cab if that had been an option. Since it wasn't, I just picked up the pace and got it done. I'm listening to a Jonathan Franzen novel on audio as I walk ("Freedom") and I always get Franzen and Michael Chabon mixed up, just as I get Selma Hayek (Mr. Moon's girlfriend) confused with Penelope Cruz (not Mr. Moon's girlfriend) and also Andie McDowell and Mary Steinburgen. I mean seriously, I have to think about it every time. Anyway, the Franzen novel does go on, picky picky problems of reasonably well-off and educated white people, whatever. I guess I like it okay. And I can hardly complain.
The name of my blog instead of "Blessourhearts" could easily be "Picky, Picky Problems Of A Reasonably Well Off And Educated Old White Woman."

Well, I don't really have any problems now that the dogs are gone except for the chemical problems in my head and we all know that mental illness is nothing but the picky, picky problem of a white person with no real life and that I could definitely just pull up my bootstraps and goddam it! DECIDE to be happy! because we all have that choice, right, and according to every fucking meme I read on the Facebook, no one is in charge of my happiness but me but I'm not really talking about happiness here, but merely the desire not to be a damn snakecluster of crazythought.

Well, we shall persist in doing the chemical therapy, the chicken therapy, the exercise therapy, the positive thinking therapy, the gratefulness therapy and the dirt therapy.
Martinis will also be employed tonight in a sort of therapy and it occurs to me that I never did find and pick and eat mushrooms and I haven't given up on the idea and I still think it's worth a shot.

So what's on YOUR mind today? What sort of therapy are you employing?
The grandsons will be here soon. I better go make the bed so they can mess it up, get the kitchen all straightened up so we can trash it again. They better be ready with some kisses because I sure do need some.