When the boys are here I usually stick a magazine in my back pocket to pull out and read whenever I get a minute or two and some days, I can get most of the way through a New Yorker.
I read an article today that sort of upset me. Sort of freaked me out a little, sort of made me realize that I don't even begin to know the depths of the politics of gender and identity and radical feminism. And I wouldn't even give any of this a second thought but I have a lot of friends who are transgendered or transgendering so it's a subject I have thought about a lot myself over the years but I truly did not realize that there are women who are so far left of me, politically, that they can't accept a transgendered woman as a woman because she is, to them, still essentially and eternally a man which, I have to say, they seem to view as the enemy. And that's a horrible summation of the article but it's part of it, at least.
The article is entitled, "What Is A Woman? The dispute between radical feminism and transgenderism."
It was written by Michelle Goldberg.

You can read the article HERE.

If this is a subject which interests you and you have read or want to read the article, I would appreciate your thoughts. I don't think the article is going to change my view of transgendering which is basically that every human has the right to live as whatever gender they feel they are, heart and soul.

Well. That's basically it.
The boys were wonderful. We made cookies.

Here's Owen helping to make them. 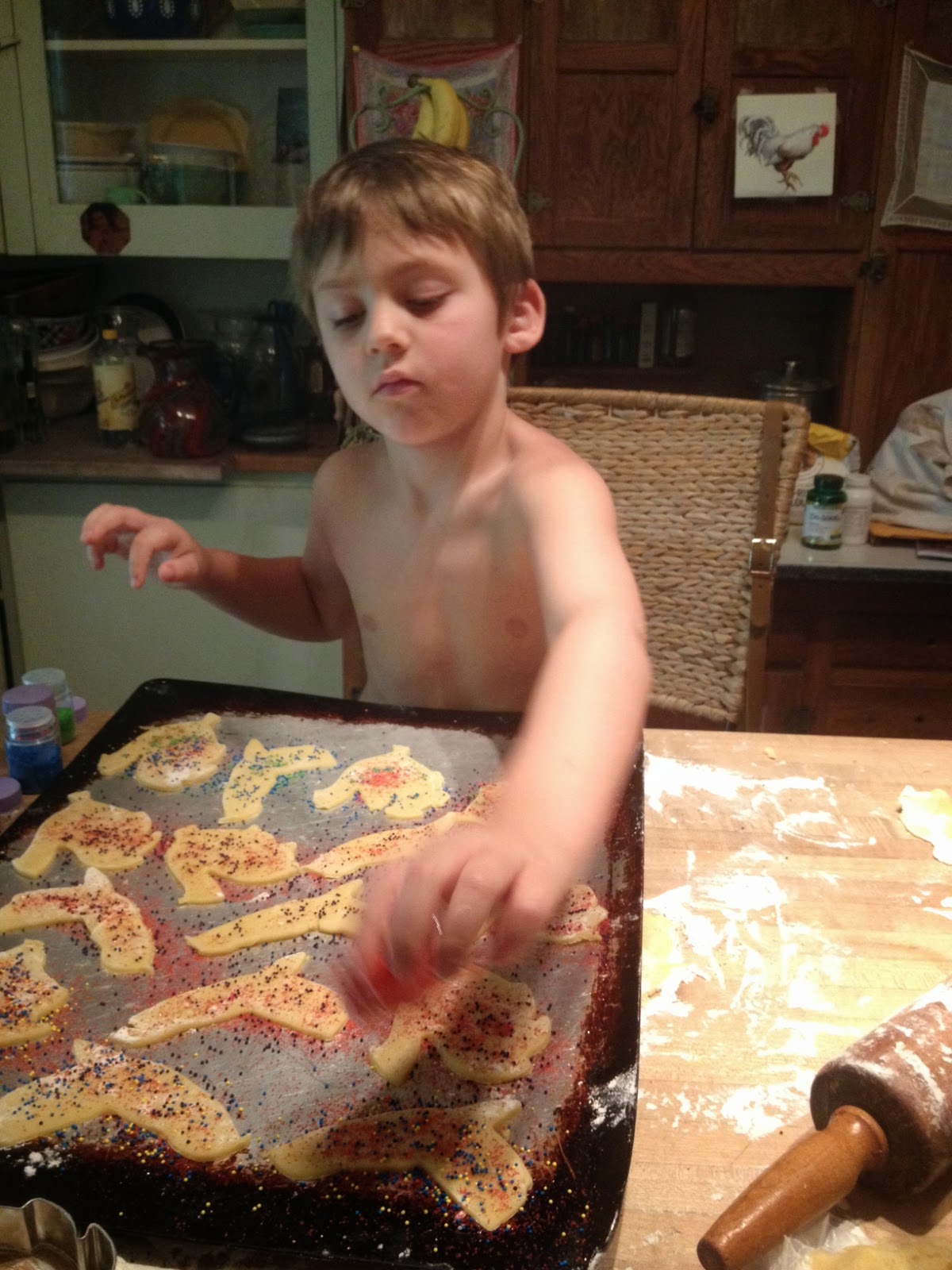 Supposedly they are birds and chickens but the boy squished the bird cutter so that it resembled (to him, at least) a shark. 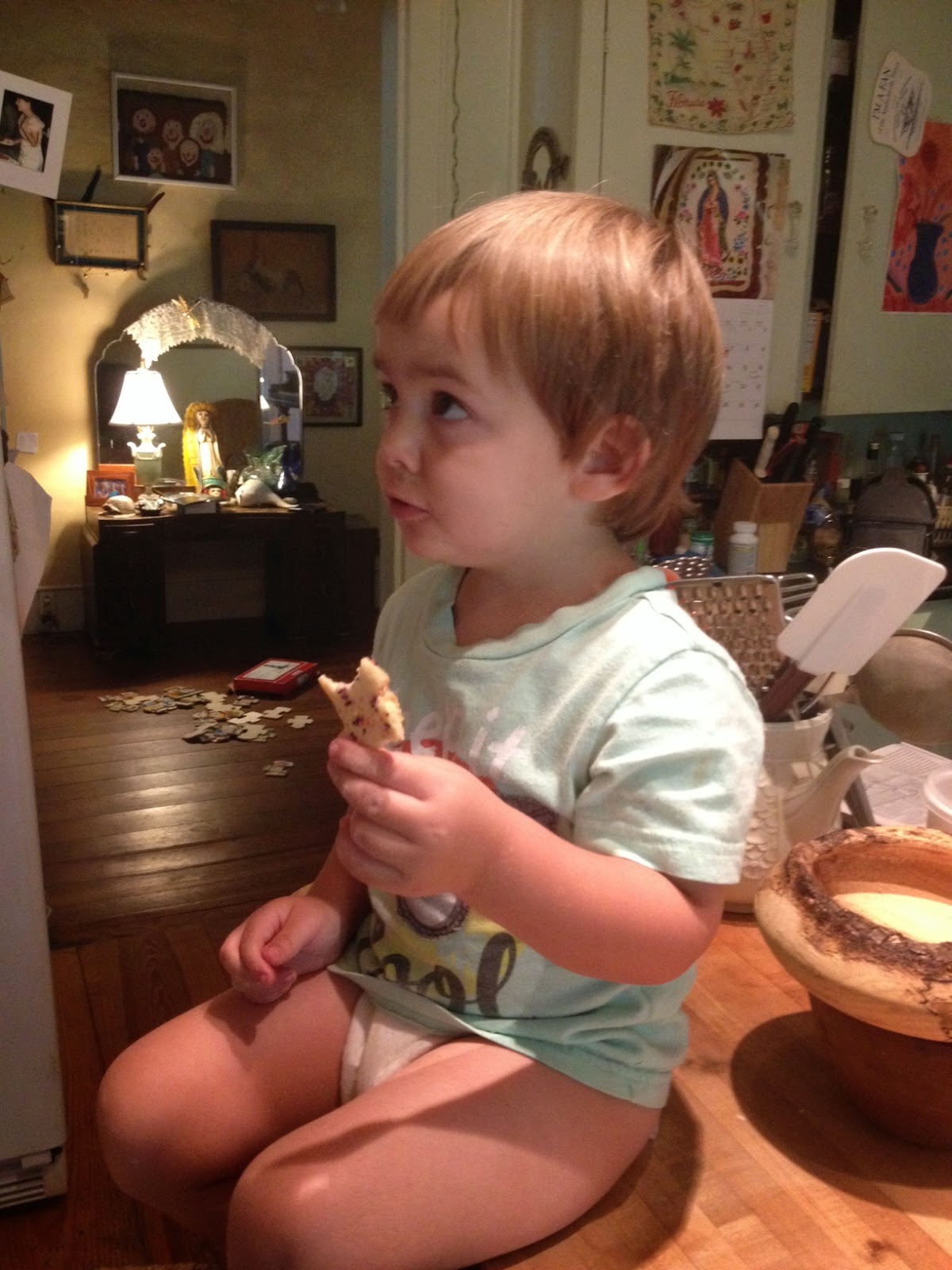 Bird, shark, made no difference to him.
He's walking really well on that leg.

Time to put supper on the table.