Don't Read This If You're Squeamish

I did the dirt and sweat cure today and it worked a charm. I feel better tonight than I've felt in four days. Okay, my wrist hurts like hell but so what? I pulled some goddam weeds, y'all! I pulled weeds taller than me. I ended up with all the chickens in the garden and Maurice too. It was fun. I've decided to quit feeling like I'm wasting my life when I'm pulling weeds. It's good work, I can listen to books while I do it or the radio if it's a good radio day and I'm not hurting a soul.

All right. Moving on. A nice person named Julia asked me in a comment what spider crap looks like. Basically, I answered in my comment back to her that anything you see under a spider is probably their crap. Spiders do, in fact, poop, just as we all do.
So. Here's one picture of spider poop. 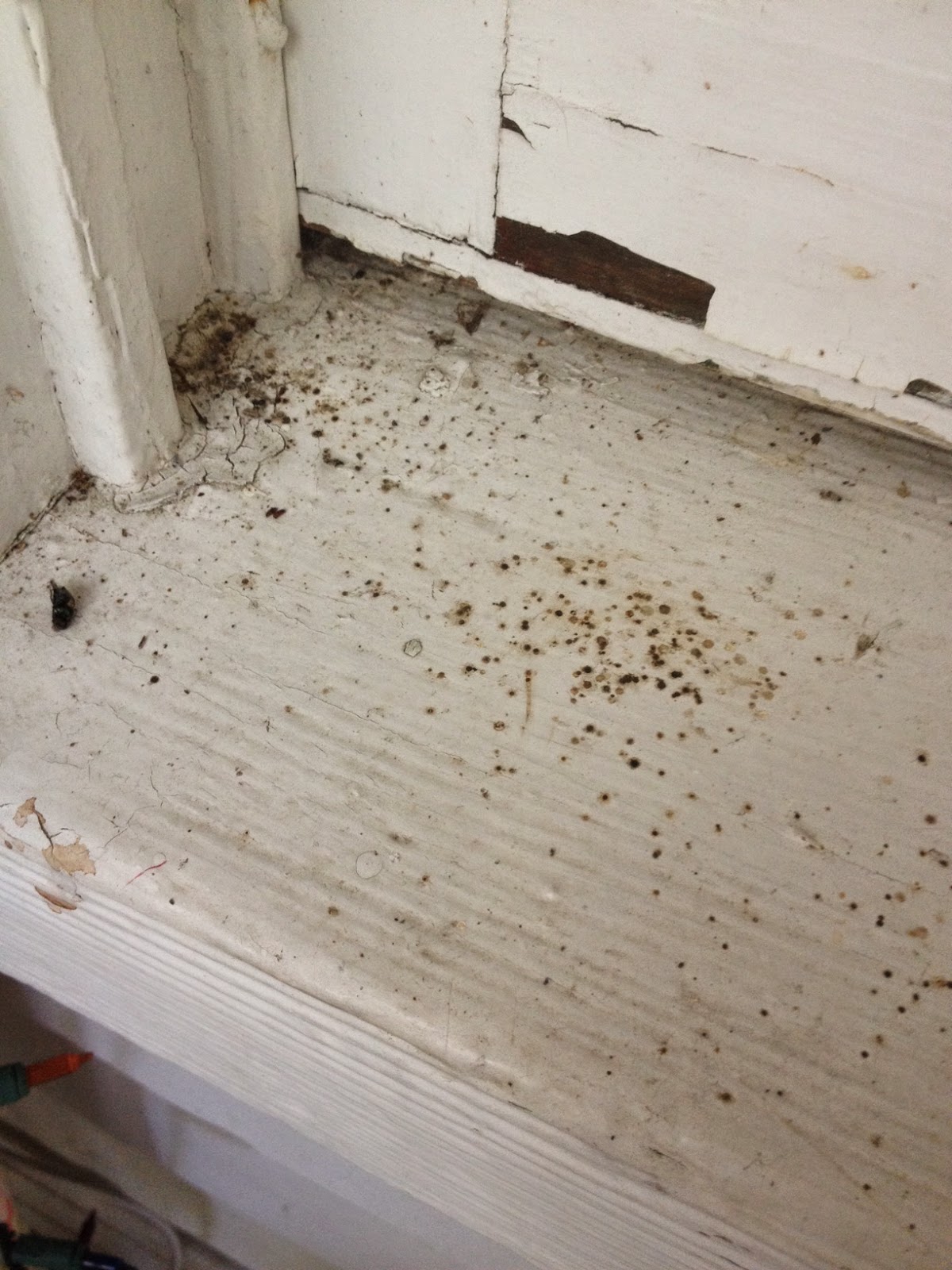 Damn. Someone should clean this house. That's on a window sill and it's the crap of a small spider. Your regular-sized spider. 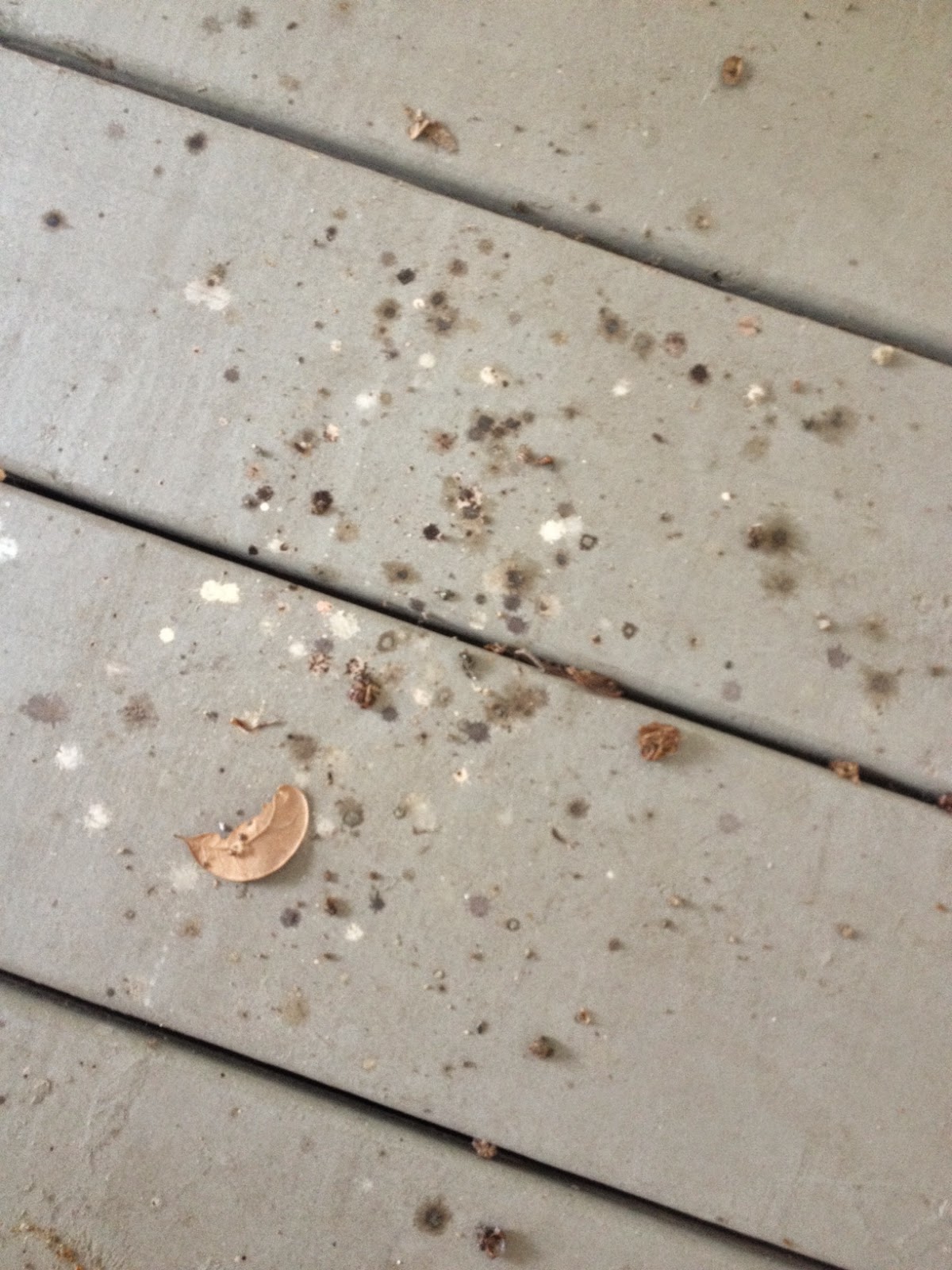 That's on the porch-swing porch where the banana spiders live. Or the golden orb weavers to be more exact. That's an oak leaf for perspective. Here's one of them with her mate. 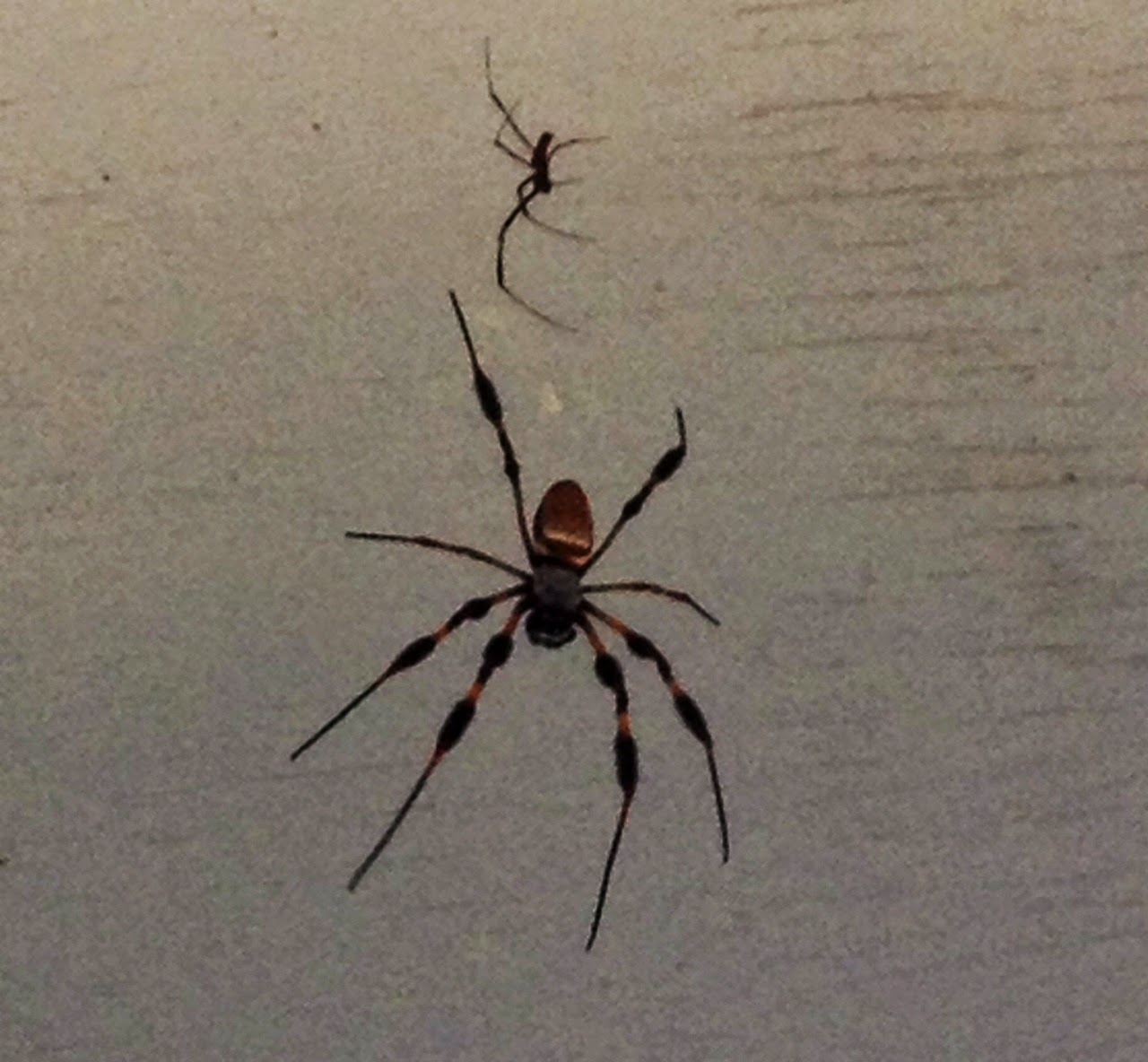 She's probably three inches across, including legs. The male is bigger than your regular-sized spider and as you can see, is dwarfed by his web-building wife. Spider crap is pretty dry and I would imagine that's because the only liquid spiders get is from the vital juices of their prey. So in essence, spider crap is probably mostly made up of fly blood and guts.

And no, this does not bother me in the least. I find it fascinating.

Mr. Moon is home from a full day of doing carpenter work. He had a new helper today in the form of Owen. He told Owen last week that he would hire him to help and Lily reports that he was incredibly excited about this. He woke up this morning and Boppa was already there, working on our duplex next door and Owen said, "Mom! Hurry! I have to get dressed! I have to go to work!"
And work he did.
Mr. Moon said that all day he kept saying, "I'm making the big bucks now!" He's getting paid ten cents for every bit of trash and nails and so forth that he picks up and earned about seven dollars today.
Those boys. All my boys. I talked to Hank today and he was on his way to the beach with Togi and Taylor and he sounded so happy. And Gibson- well, he's always happy.

And tonight, I am happy. I enjoyed writing the post before this one with all my heart and I enjoyed working in my jungle of a garden with all my soul and I loved giving my hens fresh, sweet, soft hay to nest in, and collecting their eggs and hanging the clothes on the line and folding them into the basket and bringing them in and now I'm going to listen to Prairie Home Companion and bake a lovely chicken (hypocrite! hypocrite!) and Jessie and Vergil are coming on Wednesday and I got to talk to Lis today and my blues got sweated out and my body feels good and I am clean from head to toe and it's supposed to rain tomorrow and may it be so, may it be so.