Scatter Shot, Part Whatever, Plus Four

What a great day! I got everything unpacked, down to the bobby pins and earrings. I've done about six loads of laundry, still doing it, made the bed up with clean sheets, watered the porch plants, thrown stuff out of the refrigerator that needed throwing out and it's still completely full of food (Mr. Moon stocked up like it was the Apocalypse), watered the porch plants, and cleaned out the hen house.
Speaking of chickens (who? me? speaking of chickens?) I've seen Elvis tid-bit for the young hens today and we found a cache of one dozen beautiful eggs in the garage. The last hay that Mr. Moon bought for the henhouse is not making the hens happy to sit on and make nests in to lay. I told him it was an inferior hay but he didn't believe me. It's too prickly and stick-y but after we found those eggs in the garage, he's believing me. Hens have tender little butts.

And Lily brought the boys out. Oh my heart.
Owen ran up to me and offered those juicy little lips up for me to kiss and hugged me and said, "I missed you, Mer!" and Gibson let me hold him and hug and kiss him and read him the Monkey drumming book twice and yelled, "Yay!" with delight after his favorite part which is the "Hello, Jack!" "Hello Jake!" Shake hands, shake hands, shake-shake-shake! part. We had to read it twice and then we sang the Wheels On The Bus. Several times.
Yep. He's two.

We all went out and fed the mule and the chickens and the goats and found those eggs. 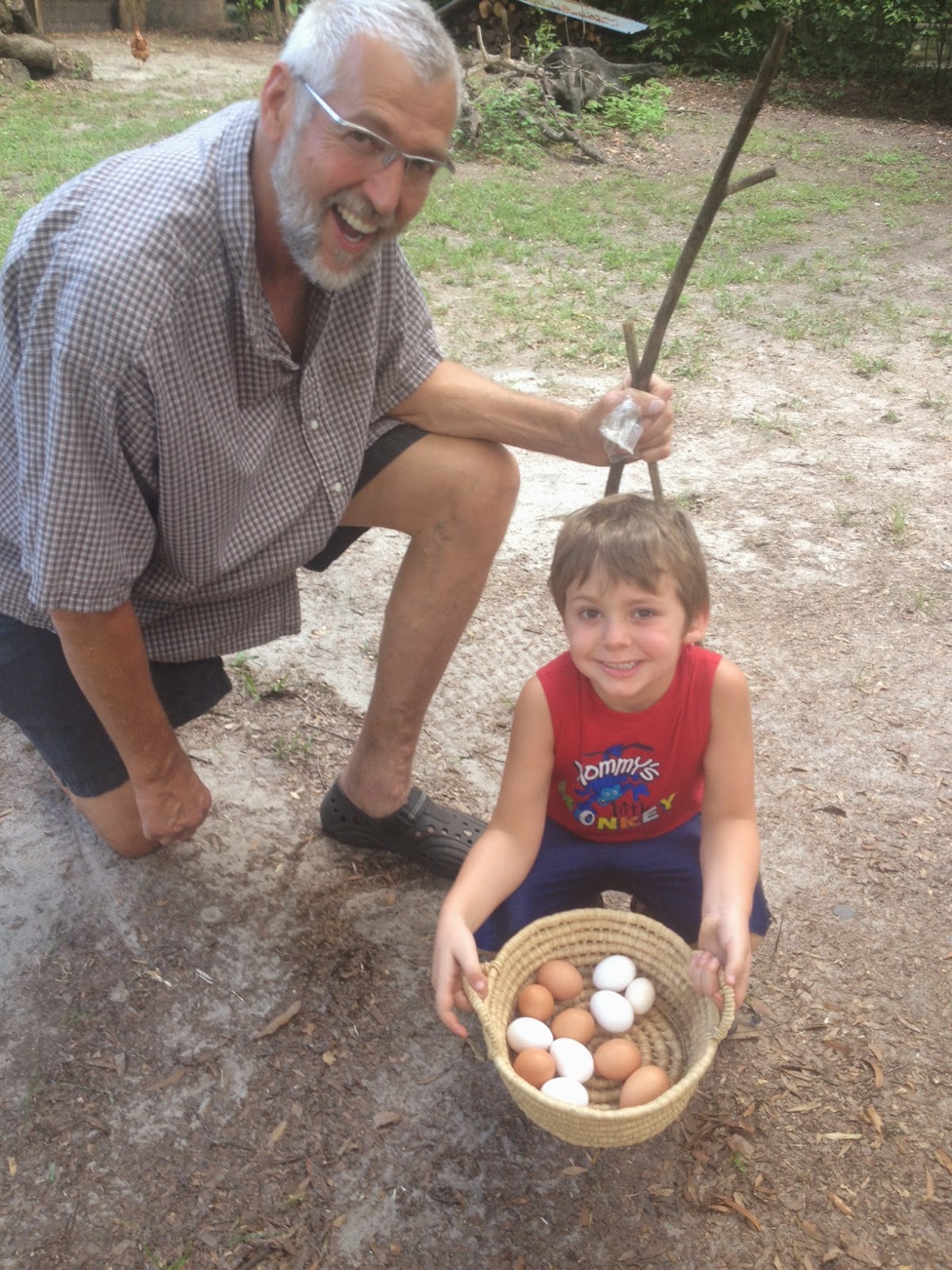 And I also found another one in a box in the pump shed. And one in the henhouse.
In the last week I've taken a dozen and a half eggs to Jessie and Vergil, Glen's given a dozen to a coworker, I sent a dozen home with Lon and Lis and am now in possession of fourteen eggs. Isn't that like 56 eggs? Twelve hens. And I'm pretty sure that some of them aren't laying.
Summer.

I wish I had a picture of Gibson and I wanted to take one when he was standing in the midst of Elvis and the old hens, feeding them grapes but by the time I got my phone out, he'd moved on. We're thinking that Monday he'll get his cast off again and hopefully, this time will be the last time. The way he can get around with that thing on is amazing. "Run!" he says, and he does.
"Come on, guys!" he says, and we have to double-trot it to keep up.

When they left I told Owen again, as I kissed him, that he was my little prince, hoping beyond hope that he'd repeat what he said last time I told him that, which was "And you're my little queen," and he did and I melted all over again. Lily laughed and all was well with the world.

I have a new refrigerator magnet which my friend Lorie (Lulumarie) gave me for my birthday: 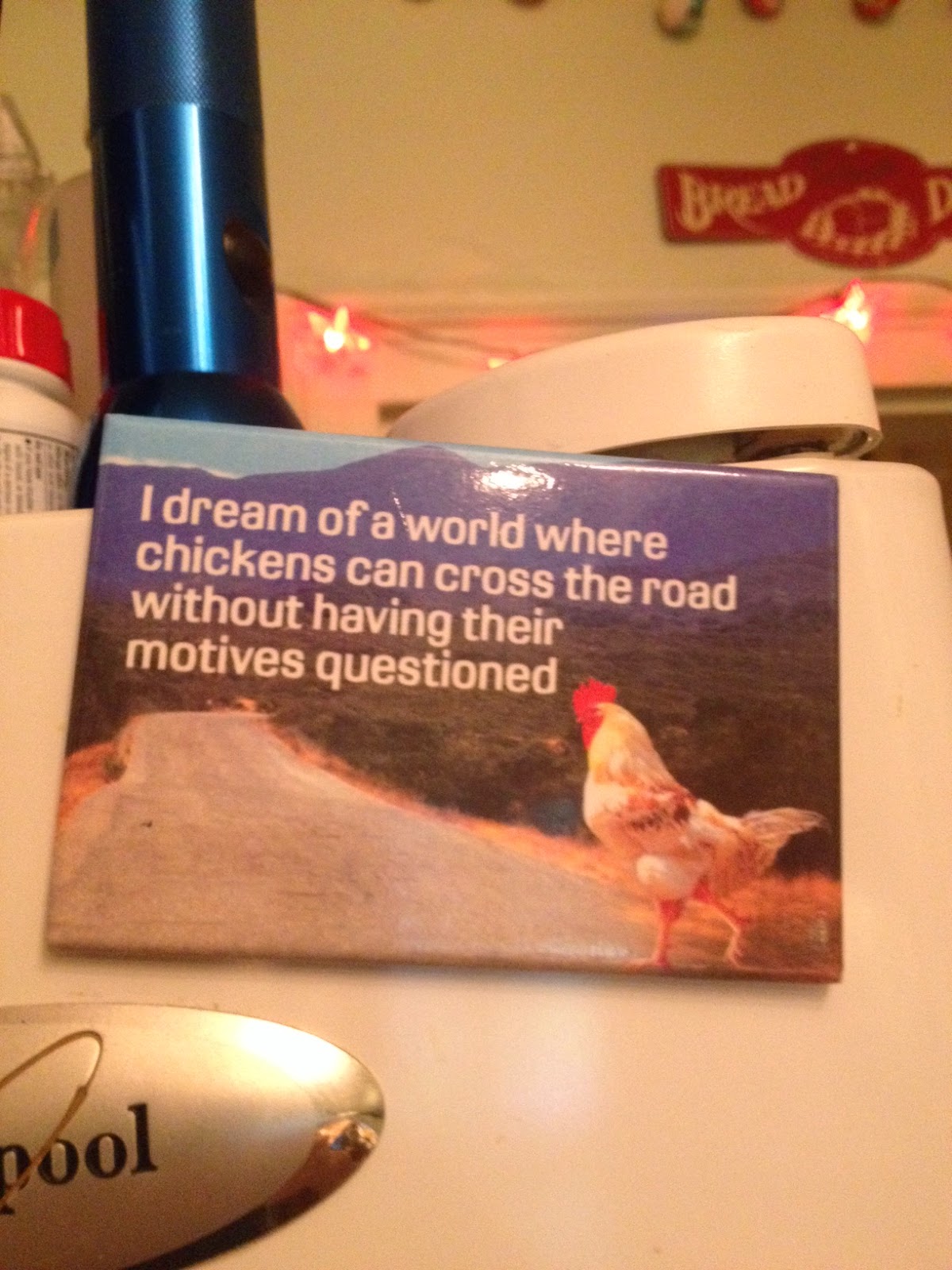 And in the card she gave me, she pasted this little clipping: 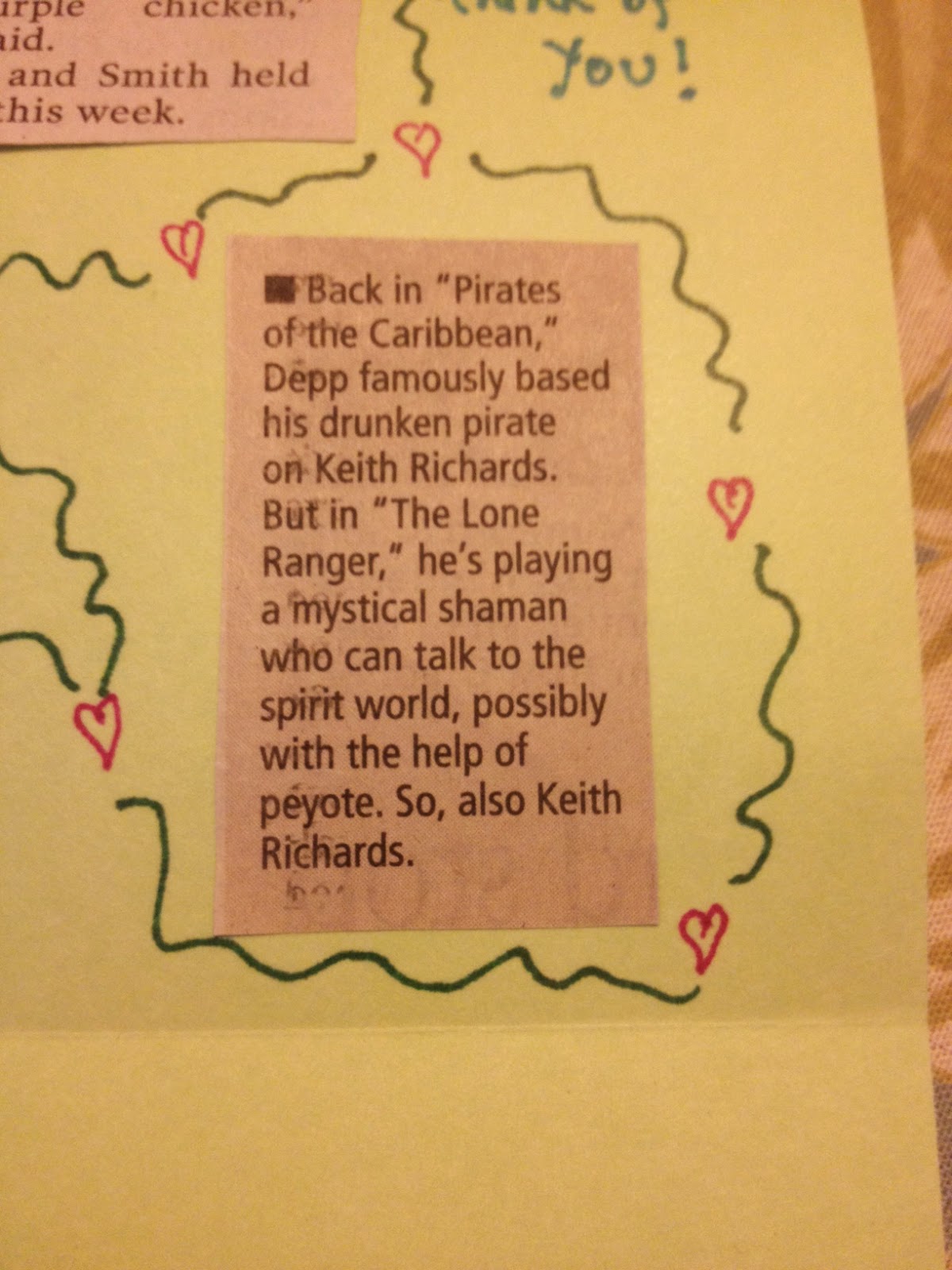 Does she know me or what? 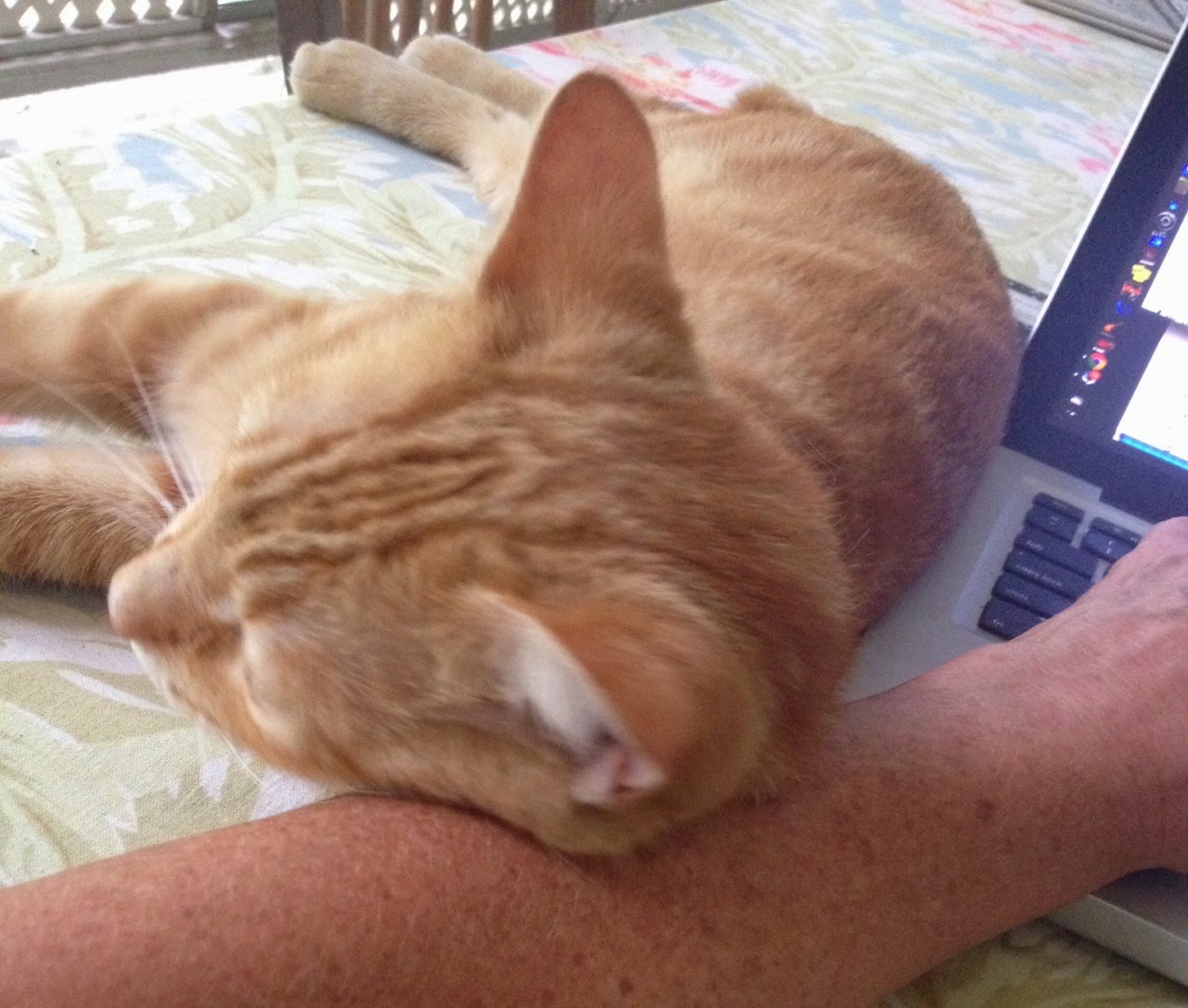 I think she missed me.

And I miss Jessie and Vergil so much. I miss Lis and Lon too. I wonder how many times I kissed Lis's cheek in the past week. Oh, the sweetness of being able to just lean over and kiss her! And to be able to simply reach out my arms and grab Jessie and hug her. And yet, it's all okay. Jessie and Vergil will be here in two weeks to sign on their house and by hook or crook, I'm going to see Lis again soon and with any luck, Lon too.

k.d. Lang is on Prairie Home Companion which is a rerun but I never heard it and if that ain't good stuff, I don't know what is.

Saturday night in Lloyd. First one here in a month and I've enjoyed all the ones that I wasn't here and I sure as hell am enjoying this one.

Hope you're enjoying your Saturday night wherever you are, whether in NYC or in France or in California or in Colorado or in Ireland or in Mexico or Texas. Wherever you are, you are in my heart.
Trust me.