A Dark Day But We Got Rain 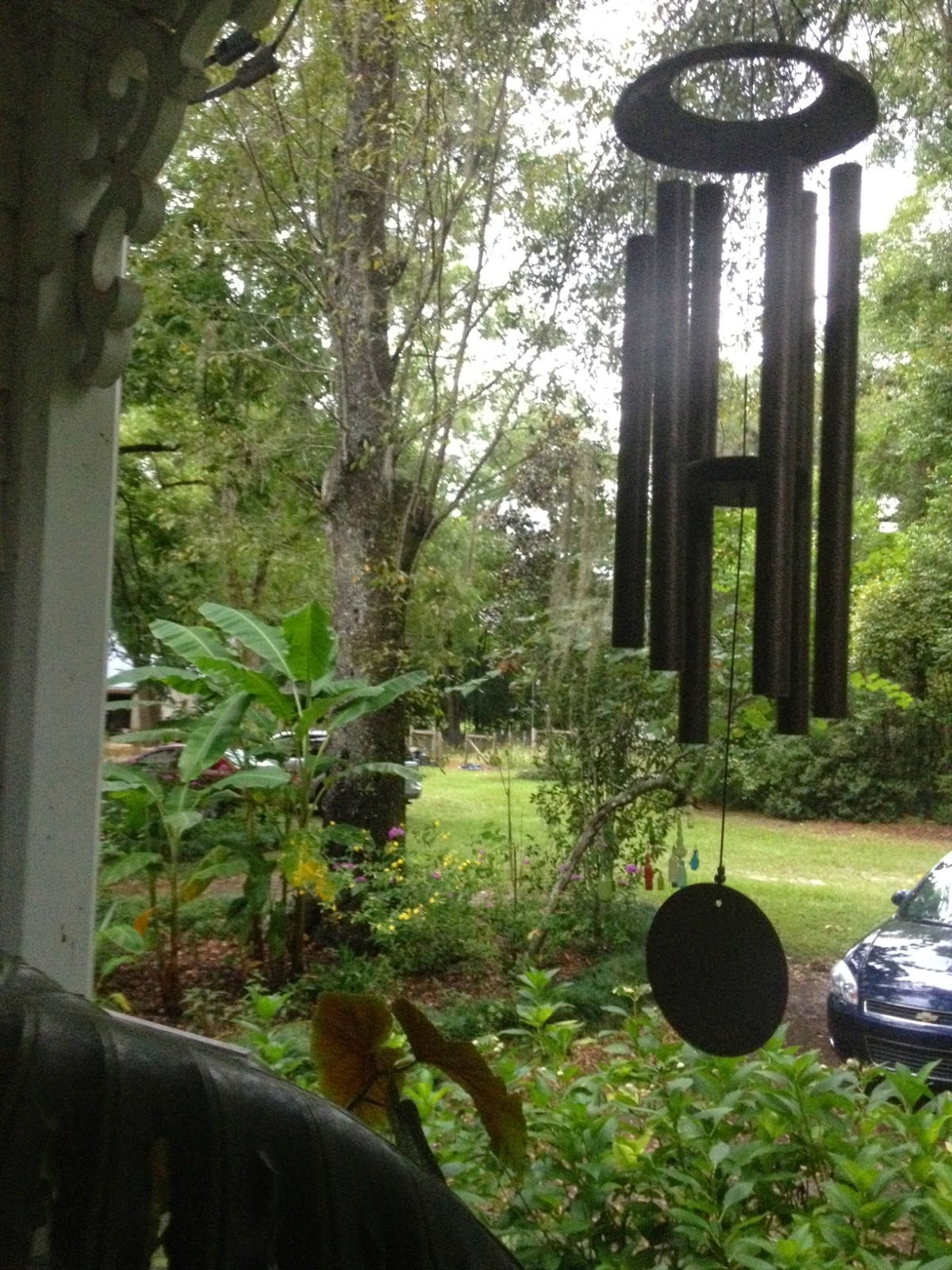 We have finally and blessedly had rain today and a minute ago I went out and took that picture from the front porch which says and does nothing, just lays there on the screen but the air was stirring and the wind chimes were hitting one note over and over again, a clanging small bell of warning, it seemed, and the thunder came deep and heavy like some ancient sky god's stirring and throat clearing before a deliverance of disaster.

It has been so all day and Mr. Moon and I did something we've hardly ever done before in our lives which was to watch some TV in the middle of the day and this wasn't really TV, it was HBO, y'all, a Netflix that Lily lent us of the first episodes of Game of Thrones that we actually had to go and buy a new DVD/Blu Ray player in order to view. I made popcorn and we sat on the couch together and had to pause it over and over again to do the bidding of Maurice or turn down the pinto beans or change the laundry over from washer to dryer or to get water because I over-salted the popcorn to a disgusting degree by accident. And it rained outside and we were cozy, resting, both of us because we need it, and watched two episodes and I was not shocked by the blood and gore and violence because hell, I've listened to the book and I expected it. And the sex was being had by pretty people.
I think the casting is genius and the videography and sets as well. Still, not as good as Deadwood, which will always and forever be my favorite. And the dark skies outside and the thunder and the rain, coming and going, were a perfect backdrop.

But after two hours, I was just too tired to go on. I made up our bed with clean sheets and went and laid down and read for a little bit and then slept and I don't even know how long. When I woke up, I thought it was early morning, just coming on light, until I realized that no, it was evening and I checked the time and it was five o'clock. I have been so weary lately and I am not sure why, and my hip hurts like fucking hell and maybe it's just been this coming-rain which can aggravate an old injury and I could sleep and so I did to the point of wakening confusion. 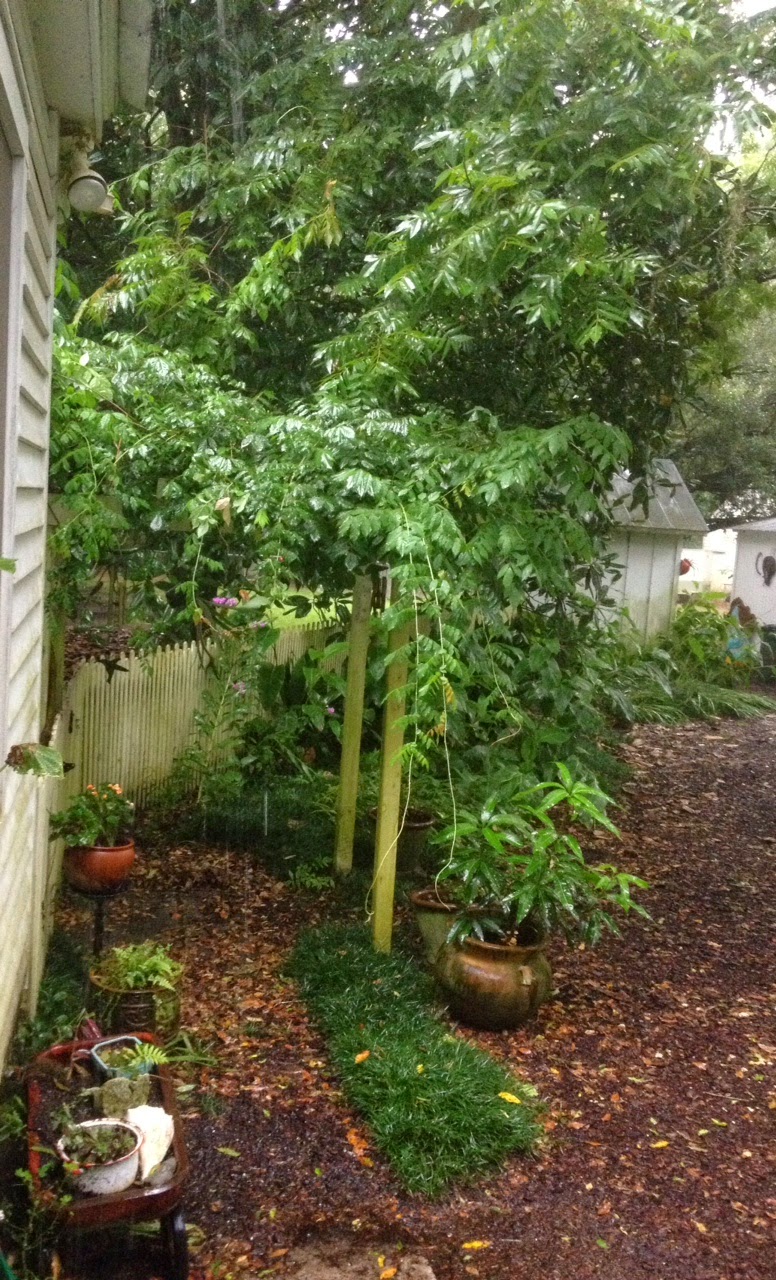 When I got up, I discovered a note from my husband who had gone to take the trash and then go to town to look for a new recliner and a kit to repair a toilet. I made my shot of espresso, I went out and collected the meager egg offering and wondered if the weather has affected the hens' laying and I gave the chickens some old, leftover rice that we never finished and two pancakes from a week ago and took these pictures and now it has rained again and the day has been fittingly dark and Jason got word this morning that his grandfather had died.

He was so very old and so very sick and Jason just took the boys to see him not two weeks ago.

The pinto beans are simmering. I will bake cornbread in an iron skillet. I made enough salad last night to feed the entire cast of Game of Thrones. My husband is on his way home.

A Sunday and I am filled with thoughts of mortality and darkness and yet know that there will be light again and then darkness again because that is the way our lives are lived and it does no good whatsoever to believe that either one or the other will win out in the long run but it is best to appreciate that which we find ourselves in for this moment.