Lazy Is Better Than Crazy

So I'm being lazy. I have about one ton of stuff to do today including laundry, packing, and some cleaning.
La-di-dah. I'll get it done.
I told Jessie yesterday that maybe I wouldn't pack a thing, just buy everything new in Asheville. She thought that was a great idea.
I doubt my husband would approve.

Anyway, yeah. That's about it. The internet, with the exception of a few blogs y'all have written is all the same-same. Bikini bods, celebrities spilling the deets about their sex lives, quizzes you can take to tell you what color your aura is, how bad-ass you are, how open-minded you are, and how liberal or conservative you are.
Ain't wearing no bikini, ain't spilling no deets, I don't believe in auras, I'm not much of a bad-ass, I'm pretty damn open-minded, and I'm as liberal as you can get.
Didn't even have to take any quizzes to figure that out, either.

Missy just waddled into the hen house, hopefully to lay an egg. It looks like it might rain or then again, it might not. Half the yard has been tracked into my house on someone's boots, not accusing anyone or anything but I don't wear boots, the kitchen sink is filled with dirty dishes and I haven't eaten breakfast yet. I'm not complaining. Mr. Moon is long gone, working on the siding project. I'd eat breakfast but I can't decide whether I want a smoothie or an egg. I just realized that I have my left leg propped up on the table beside my laptop. Who sits like that? Also, that I wiggle my foot when I type. Owen likes to show me how strong he is by lifting my leg up into the air which is pretty hysterical and I always have to stop him before he breaks it off and I fall over. 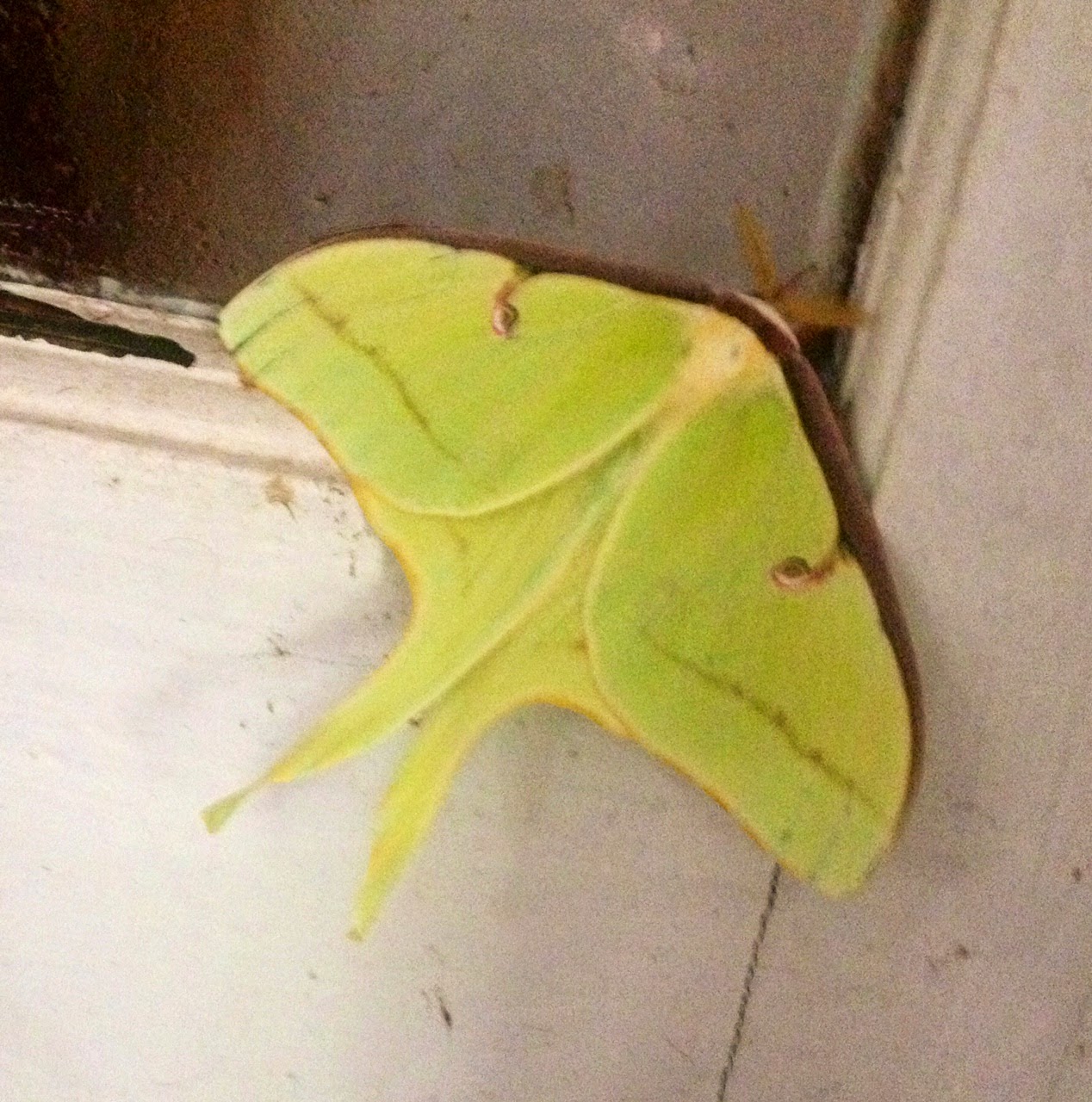 Here's a picture of a luna moth that was on the porch on Friday. Owen very carefully took it outside and released it and it flew way up into the sky and was gone.
He is strong but he is gentle, too.

You have any deets you want to spill? If so, I'll be happy to hear them.