Could I Ask For Anything More? 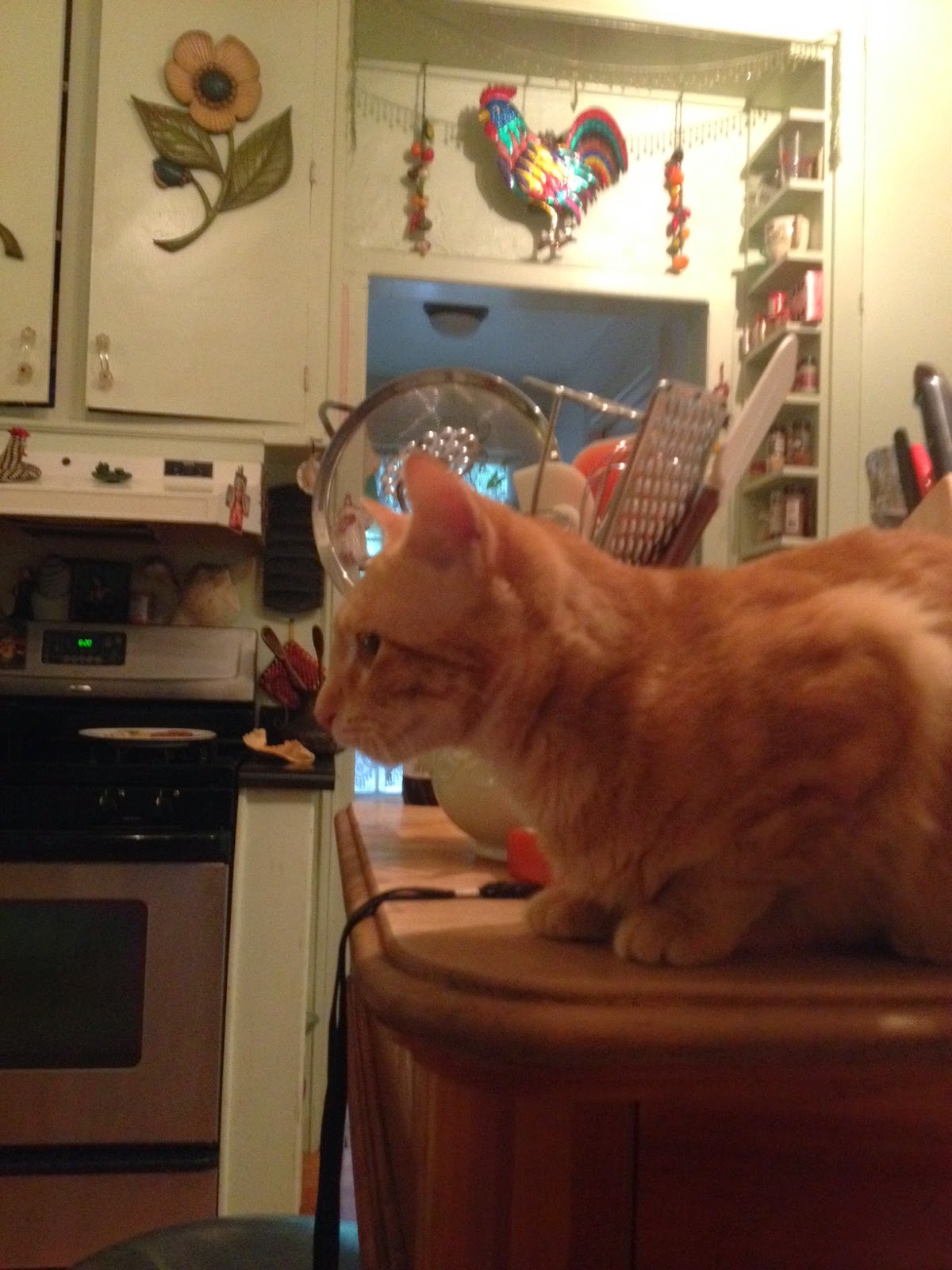 Here's an angle in my crazy kitchen you may not have seen. Especially with such a noble feline profile in it. Do you want to know something funny? I saw that rooster and craved it and asked for it for Christmas long before I ever had chickens. It's from Mexico but was bought in Tallahassee but the little ristras hanging on either side of it were bought in El Mercado in Cozumel. That giant daisy up there is one that Hank bought me one year for Christmas. It's counterpart is on the cabinet next to it. I have no idea where they were made but suspect Taiwan.
Remember when "Made In Japan" meant crap?
Haha!

The boys' daddy got here around one-thirty to pick them up and Gibson was sound asleep. Of course. Around noon he was playing in the Glen Den with some magnetic toys that Kathleen's husband had bought for them and all of a sudden, he just got up on the couch, leaned on me and fell asleep.
Owen was in the kitchen and he kept yelling for me. I didn't want to disturb Gibson so I just yelled back. I know. That doesn't make sense.
"I can't come in there now, Owen!"
"Why not?"
"Come in here and see."
"My brother's asleep on you?"
"Yes!"

Does Owen know his brother or what?

Owen did some cleaning for me today. He likes to clean. He always has. He cleaned the TV screen and some windows and moved on to cleaning a wooden dragon with a toothbrush in the sink. Then a wooden Buddha. Then my wooden Virgin of Guadalupe. 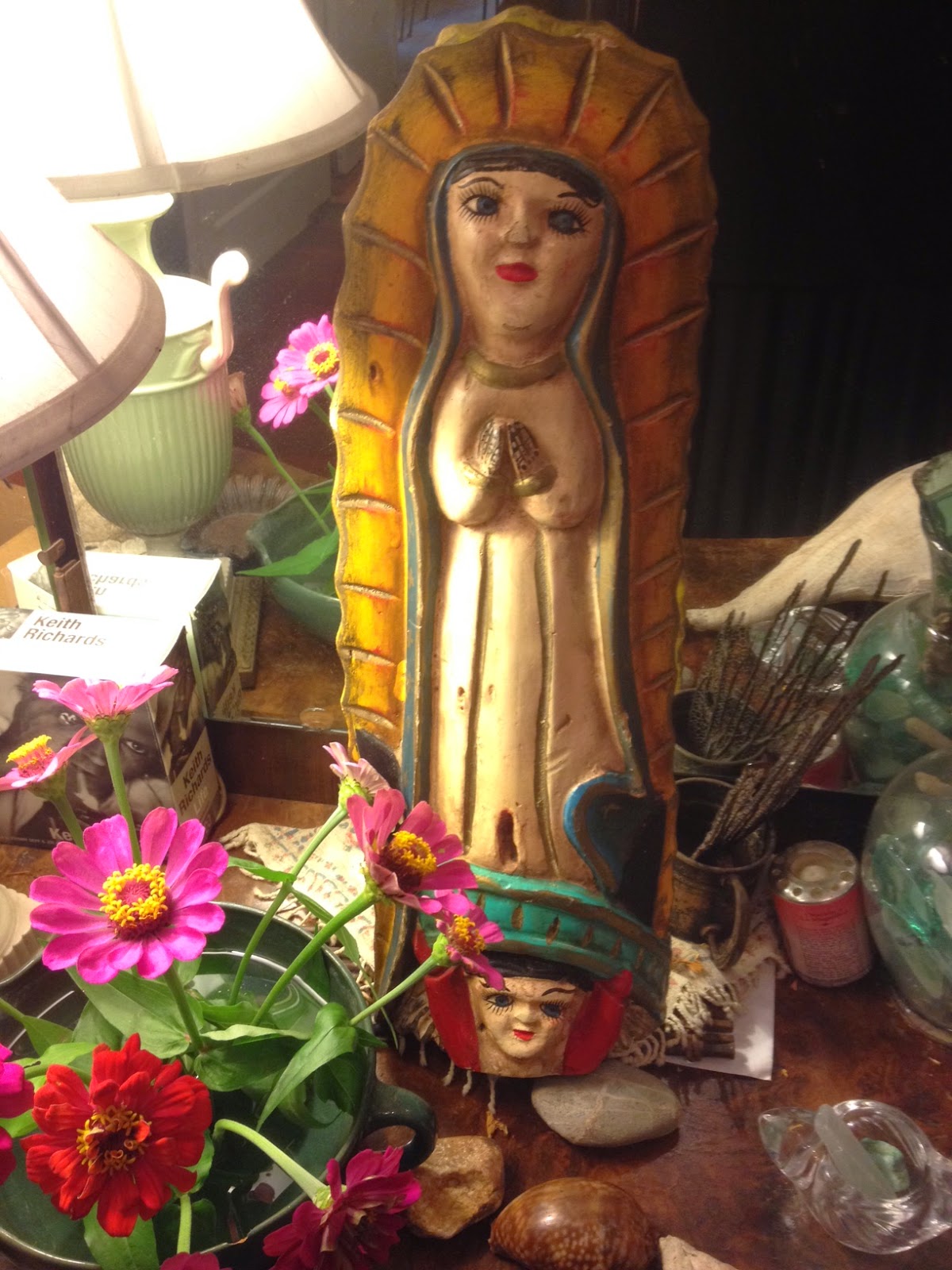 Then a seashell. He was on fire with cleaning. I picked some fresh zinnias to go with Ms. Guadalupe. She looks happy, doesn't she?

Too bad his dad got here so early. I was about to have him start dusting. Give that kid a rag and a spray can or bottle and he is ON IT!

So it's Friday night and you know what that means. I've cleaned the glass tabletop of my new table on the porch and put some zinnias on it too and the glasses are chilling. Mr. Moon has come home from town and we're about to go sit and enjoy. I've had a nap myself and a glass of iced espresso and Mr. Moon brought us a pizza from the Costco and this should be a lovely Friday night.

Maurice is ready. She likes to come and hang out on the porch with us. She brought me a dragonfly before we had our nap together. I don't know why she bothered to bring it to me. She ate it all, the selfish little kitty. Didn't offer to share so much as a wing.