My moon must be in "phone" these days. Seems like I've been spending a lot more time talking to people than I generally do, which can be nice. Also, while I'm talking on the phone I'm usually making beds and doing laundry and washing dishes and sweeping something so it's not like I'm just sitting around and there's nothing wrong with just sitting around, either. I'm not very good at it though.

I had a firm talk with Maurice last night.
"Listen here, Cat," I said to her as we were getting into bed. "You have to quit waking me up at night. I love and adore you but my sleep is sacred. This is non-negotiable. It is lovely to have you to sleep with but you cannot try to play with me at four in the morning. I will get up and let you out of the room if you need a snack and you can come back in if you want but there will be no playing!"

She looked at me or maybe she didn't look at me. You know- cats. But in all actuality, she did much better last night. She tried a little bit of her trickery but I just covered my head with the covers and she settled back down and went to sleep. Hell, we didn't get up until almost nine. Mr. Moon was out of town and I suppose neither one of us felt we had any reason to get up early. 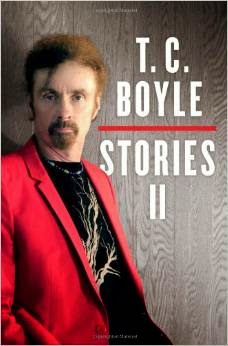 I hadn't realized that the damn thing is 915 pages long. Seriously and for real. It weights about fifteen pounds and the font size is not large. I am daunted. I read the introduction and fell in love with his voice once again. I remember the first book I ever read by him. It was called Budding Prospects and I bought it at a book warehouse place that sprung up in Tallahassee back in the eighties, I believe. I've been a fan ever since.

Anyway, I'll keep reading it until the library comes and gets it from me or my arms wear out from holding it, one or the other.

Both Chi-Chi and Cha-Cha laid eggs today. This makes four of the seven young hens who are definitely laying. I am so proud of them.  (As if I had anything to do with their egg-laying capabilities.) I had another poached egg for supper last night. Actually, it was one regular-sized egg and one of the small ones and I ate it on sauteed mushrooms and onions and spinach and a piece of toast. No sauce or cheese required. I squeezed a bit of lime juice over the whole deal and it was absolutely delicious.

So get this- Owen is registered for pre-K starting in August. He will be attending school from 9:15 to 12:15, Monday through Friday. He is very excited and we are all excited for him. He is ready. But oh- my heart- we're sending that boy into the world. Not like we've gotten him a job being a chimney sweep or selling newspapers on the street, but still. He'll be exposed to people to whom he is not related, to new ideas, to new concepts, to lots of other kids. It's all good but it's a bittersweet milestone.

And tomorrow I'm going with Lily to hopefully get Gibson's cast off. That will not be bittersweet in the least. For me it will be pure joy. I want to see that little guy walking on two naked legs again. He doesn't complain, he just soldiers on through it all, but it hurts my heart. If he falls he gets up and says, "I okay!" and gets on with it. He is just the most joyful child. 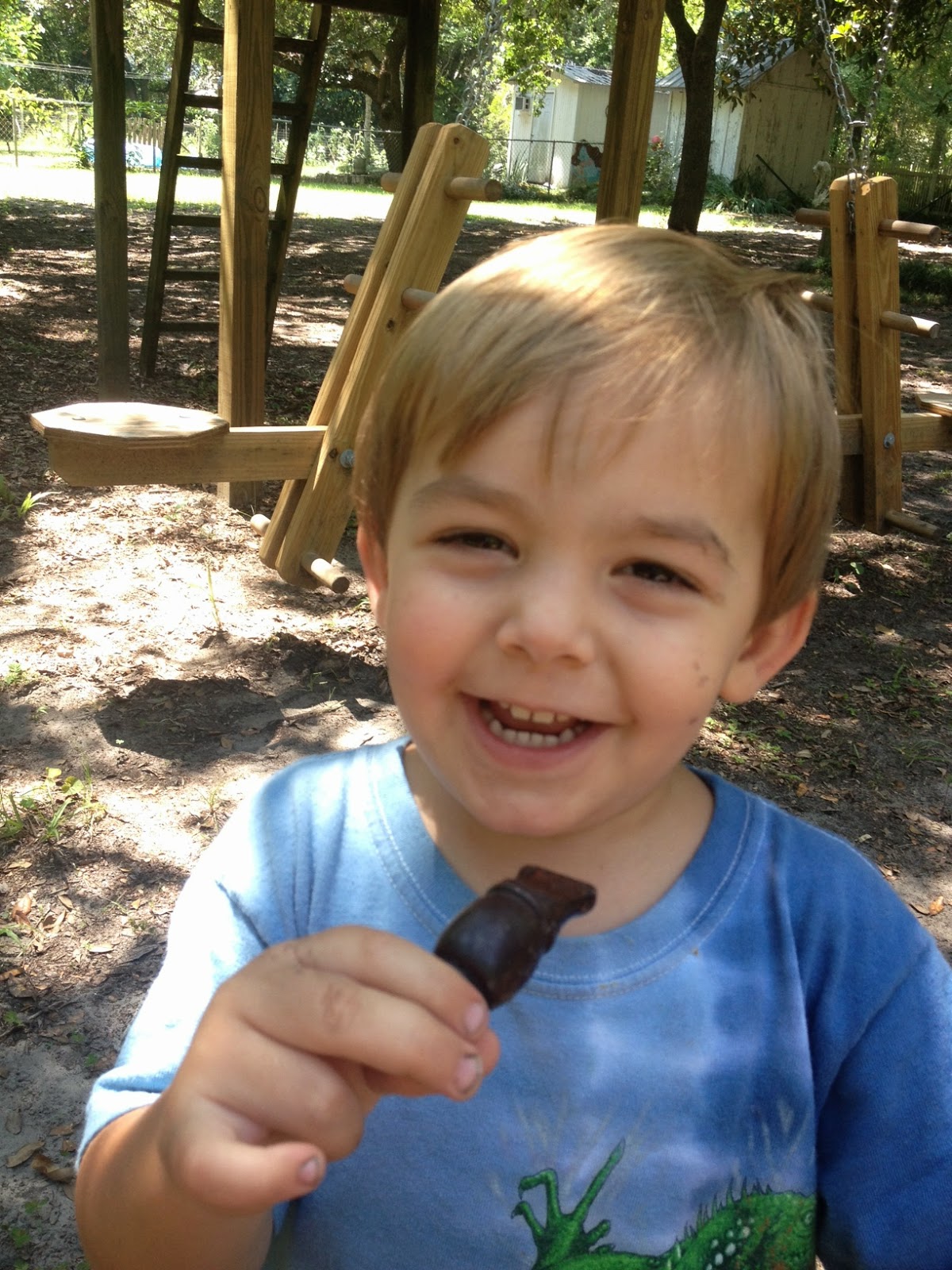 I got a little picture of the clitoria this morning. With pierced labia, I suppose. 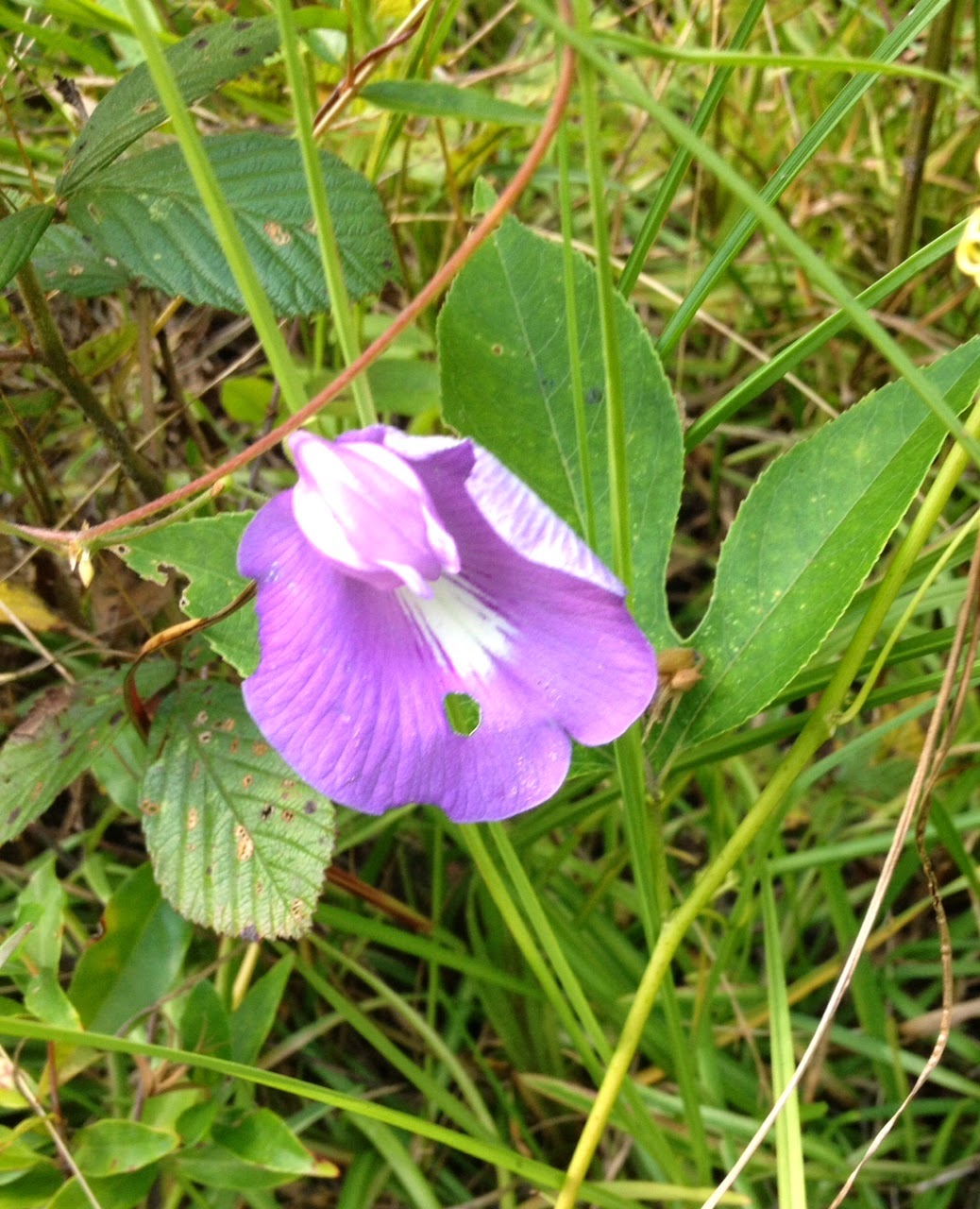 It was a good, hot walk and the black-eyed susans are blooming and the woods are shady and when I got to the Post Office, I talked to two people from Washington State who are touring the country on a motorcycle, pulling a little trailer. They were charmed by our old train station post office and we chatted for a few moments. They are ready to get out of Florida- too hot for them- and I agreed that yes, it is very hot and very humid. Since I was running with sweat and probably as scarlet as a cardinal, I was good proof of that.

I'm going to go hang the sheets on the line. It's a good day here in Lloyd where not much appears to happen but which, in reality, is filled with life and plenty of wonder for me.