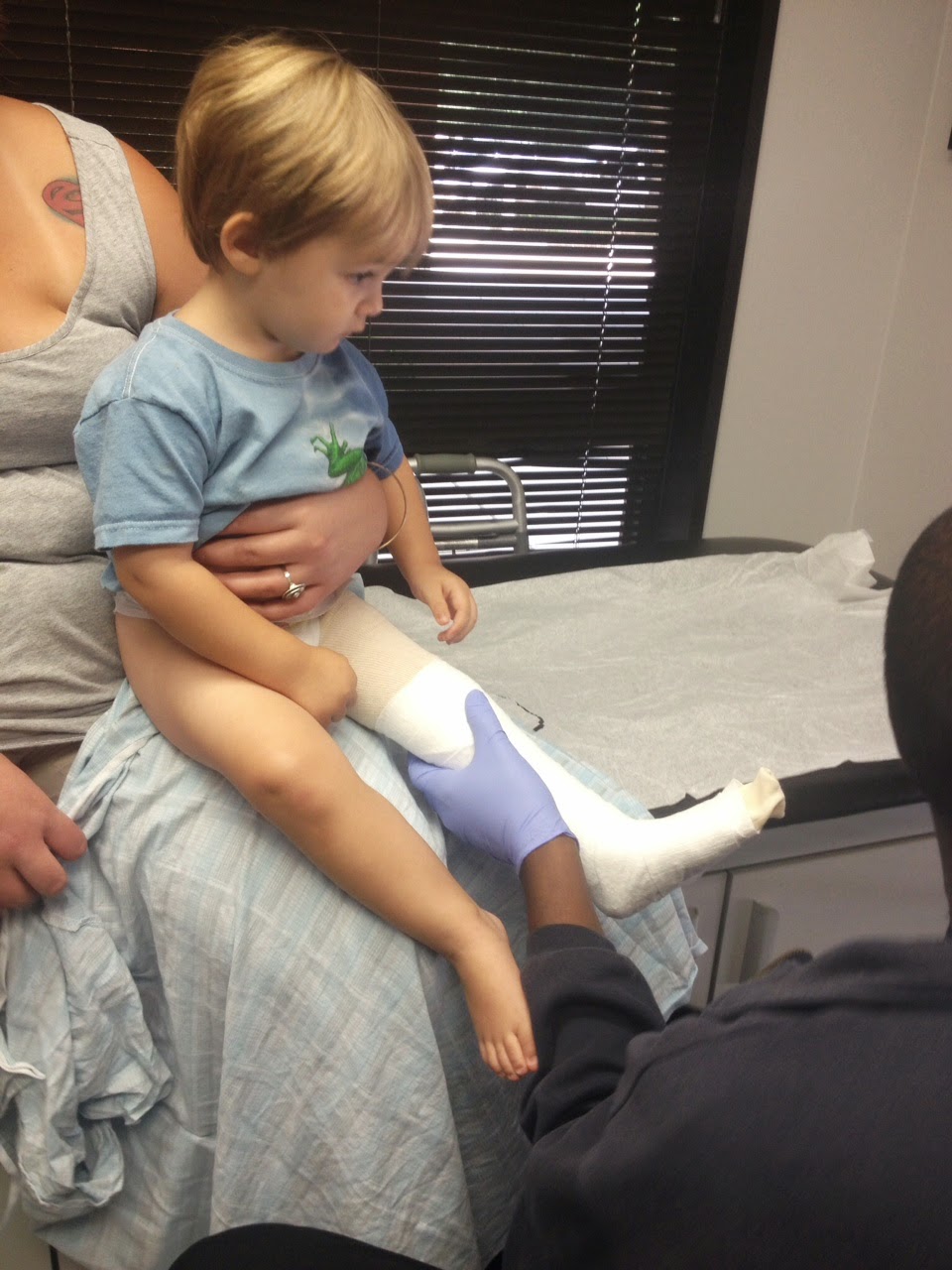 Our sweet boy had to get another cast. Two more weeks, the doctor said. The X-ray looked perfect but the doctor said that in children, you have to go by pain and that if he is not walking on his leg he is in pain. And so.
Gibson was not the happy little chirpy boy he'd been the last time we were there as you can see from the picture. I tried and tried to cheer him up and did a goofy version of the Eensy Weensy Spider with two blue blown-up gloves which he did like for a moment but by the time the cast (red this time!) was being put on, he was crying and struggling.
It was not a happy appointment.
However. And this is good...
As I have said many times before, my left wrist is very, very fucked up. I broke it when I was seventeen and it was not set properly but it never really started bothering me until I was in my early thirties and since then, it's become more and more of a problem and hurts virtually all the time. It is quite a big bigger than my right wrist with lumps and bumps where there should be none and I can't knit or crochet or embroider anymore and it gripes me when I garden and it wakes me up at night and, well, it's something I should have attended to years ago but never have because of my neurosis about doctors and so forth. Anyway, I like this orthopedist of Gibson's a lot. He's long and lanky and down to earth. He shakes hands, he put his hand on my knee today when we were sitting next to each other in the exam room (and that sounds weird but it was not and I am the Queen of knowing when something is appropriate and when it's not) before he left the room and I made an appointment on our way out.
So. In September, I will submit my wrist to him for inspection.
He may look at it and say, "Nope. That's entirely fucked up and we can't do a thing about it."
In which case I'll just be in pain for the rest of my life but I'm used to that already.

We shall see. Of course having made the appointment I am now 100% aware of the pain and hope desperately that something can be done about it. The mind is a crazy thing.

So that was part of my day and Lis and I are in the planning stages of our trip to Asheville that we're taking for my birthday and the condo where we always stay is in the process of being sold and we cannot stay there and I am outraged, OUTRAGED I tell you that they're selling it without seeking my permission.

And this afternoon, after I got home, it began to rain and the sun was shining bright as new dimes and it looked like this. 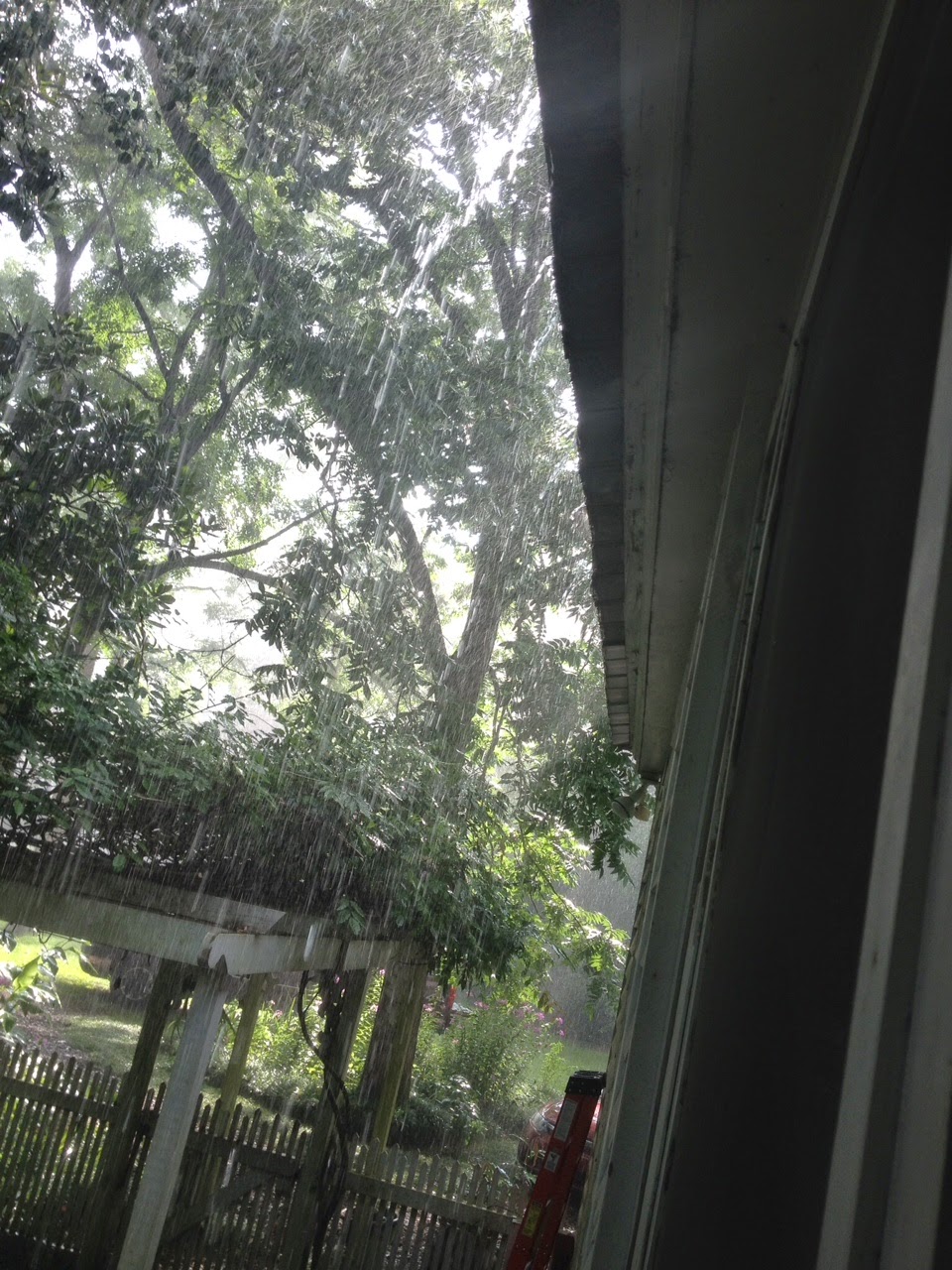 Another day. A good one except for poor Gibson and he's probably already completely adjusted to the cast again and also the no-condo news but I trust in the magic of Asheville and we shall find something and I hope you had a good day too and that even if it rained, you could still see the light.