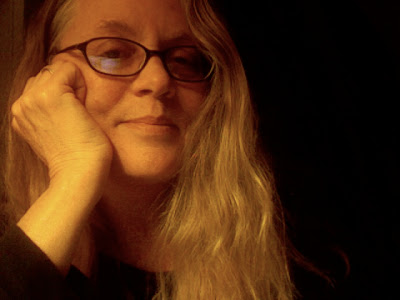 That's the title of the next play the Opera House is doing and oh hell, I'm guess I'm going to be in it. I am, as we all know, a big ol' stage whore.

Kathleen is going to direct and what could be better? It's a complete farce (duh) and involves an experimental Viagra-for-women which gives men menopausal symptoms if they inadvertently take it. Which, of course, they do.

The ladies who love the Opera House are going to just fall out of their chairs when Colin and Jack start fanning themselves and complaining of not being understood or appreciated and feeling FAT! Even at the cold read tonight, we were laughing our asses off. Why IS it that men love to imitate women and camp it up good? I have no idea but they do. From drag queens to Milton Berle. Hell, that man was happier in a dress than in pants any day of the week.
But he was weird. Yes. There was something very queer about Uncle Miltie if you ask me. And I'm sure that many of you are scratching your heads going, Milton Berle? Uncle Miltie? What?

The play was written by a couple, Michael and Susan Parker and even though I haven't read the entire thing, I'm pretty excited. I am playing, I believe, a romance novel writer who does not have nearly enough romance in her own life. And I am told that a great deal of the costumage involves negligees.

But I'm excited (can you tell?) and pretty happy about the prospect. I have a lot of lines to memorize and I suppose I can do it. I'll have to up the fish oils supplement. I actually told Mr. Moon last night that I wasn't sure I wanted to do this. I have Owen to take care of these days and it takes a lot of commitment to do a play. He looked at me and said, "Don't give me that. You can do it."

Which is another reason I love the man. He kicks my ass while giving me a soft place to land.

So here I am, eleven days before Christmas and there are no pipers piping and I still haven't done a damn thing to get ready although I brought down Bad Santa from upstairs. Maybe I should go plug him in.

Shit. That picture was so great I had to make it my new header.

So yes, I am feeling better. In general. It's seventy-one degrees and so humid that May had to mop the ceiling of her apartment and dang! what says Christmas in Florida better than having to mop your ceiling?

Nothing I know of, short of a fruitcake and I haven't made one fruitcake this year and don't you make any jokes about fruitcakes because mine are AWESOME.

And Billy and Shayla and Waylon Grady are coming over tomorrow and perhaps Lily and Owen as well. And I haven't seen Waylon for weeks and I miss him and his mama and daddy too. And we all know that a day without Owen is a day without meaning.

All right. I have to go decorate the tree now. This should take about fifteen minutes as it is not very big. Bigger than last year's, but still, not very big.

I'm trying, y'all. I'm doing my best. And now that Bad Santa is plugged in, I feel that the holiday is well and truly begun. Really! I do! He is so precious, Bad Santa, and he looks just like I feel about the holiday. Happy. Joyful. Like a serial killer with a weapon in his hand.

Pass the eggnog-flavored Slim Fast. Mama needs to get her Christmas on.

And just wait until February when I'm onstage in a negligee. Oh yeah, things are looking up.
Posted by Ms. Moon at 7:40 PM