And It Will Be Splendid 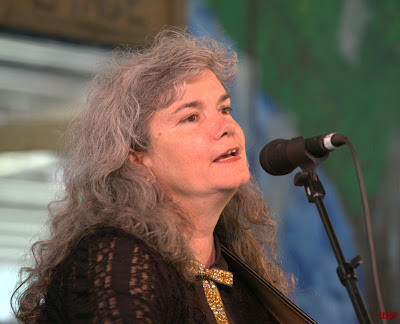 Well it's New Year's Eve day and I just have to say that I'm so ready for all this holiday celebrating to be done with. Hell, after the week I've just had, I'd have to add about fifty new things to my resolutions list if I had one, which I do not.

It's been pretty overwhelming for this old agoraphobic woman and I think I've done as best a job as I could but it's starting to really all get to me and this morning it was hard to get out of bed. Not that I felt bad but just that I couldn't imagine getting up and starting another day. I wondered what would happen if I just didn't do it. Just didn't get up and announced to anyone who cared to eventually check to see if I was still alive that no, getting up is not on the agenda today. Nope. Sorry.

But that's not an option. Although usually New Year's Eve for the Moons is spent right here in Lloyd within the safety and confines of our own house, we're going to go celebrate tonight with some very, very lovely folks in St. Augustine. What we're celebrating is the release of Lis Williamson's first CD of her very own songs which she's written and I wouldn't miss that for the world. Not for the very world, I tell you.

I've spent more than one night on this back porch with Lis, shaking my finger in her face saying, "When are you going to do your OWN album? It's time, Lis. It is time."
And her agreeing and saying she was going to when this and this and this were done and accomplished and finally, she has and I couldn't be prouder of her. And tonight is the night that so many friends and musicians will gather at the Creekside Restaurant in St. Augustine where Lis and Lon play on a stage outside under magnolia trees and twinkling lights and there will be music and food and drink and great, great joy. Lis will be shining like a star because she IS a star. As Pam would say, she is a child of light and her songs are a pure pouring out of light and when I think of tonight, that's what I'm thinking about- light in the darkness.

And how can I miss that?
Well, I can't.
So Mr. Moon and I will pack up the car and head over to the East Coast for one last good night of celebration. I will stuff my fat old body into some vaguely appropriate costume and try to find a pair of shoes in the closet that won't hurt my foot and won't look ridiculous with whatever I wear but really- it won't matter. It's all about my Lizzie tonight.

She was talking about the dress she'd gotten for tonight and she said she'd paid a bit more for it than she'd wanted to and I said, "No honey. This is YOUR night and a once in a lifetime event. It's not like a mother-of-the-bride dress. Kids can get married and divorced but you will NEVER have a first CD release album party again. Ever."

It's like having your first baby in a way. She's gestated this CD for years. Years and years and decades of years and tonight, it is born.

So I'm not going to write a New Year's post. No matter what's gone on in the world this year, good and bad, I got my first grandchild which makes it the most special year for me since I had my own babies. And that's what I have to say about THAT. The rest of it has had its ups and its downs and Lord knows I've talked about all of them here. Or most of them. We all keep things tucked away in our hearts.

But today my heart is just filled with thinking about Lis Williamson and her husband Lon who has supported her efforts to bring this album to fruition every step of the way. He is her husband of thirty years, her one and only lifetime sweetheart, her work-mate, her best friend, her man and her muse. So it's his night, too.

And we'll be there. Mr. Moon and I will be there amidst all the sweet people who love Lis and Lon and believe me- that number is legion. I always feel a bit shy when I'm in a situation like tonight's will be. I remember once I was following Lis around with her lipstick in my pocket and a guy asked me, "What are you? Her handmaiden?" And I wanted to slap him and I wanted to also say, "Fuck yes. And don't you wish you were, you jealous son of a bitch?"

So I hope she wants me to carry her lipstick around in my pocket tonight. That would make me very happy. And when she's onstage, I'll be there, my eyes closed and probably crying because the combination of her and her songs is too much for my heart to bear. And when she comes offstage, I'll be right there with her lipstick if she needs it.

I have no idea what 2010 is going to bring to any of us. None whatsoever.
But I'm pretty sure I'll be right here, telling you about what it is happening in Lloyd. That's a given.
Chickens and children, gardens and groceries and trees and skies and dreams and hopes and fears and all that stuff. All that stuff.

But tonight is about light and a voice in the night and songs newly birthed and all will be right. For a moment in time as the earth balances its checkbook in the account of the universe and time as we know it, we will celebrate and will kiss. I love you, I love you, I love you, we'll say.

Happy New Years and here's a warm kiss on a cold cheek in the night and hearts full of music and song and eyes full of light in the darkness and we'll glimmer and sparkle and shimmy our way into the New Year with Lis singing, her voice rising all the way up to the full blue moon and I hope your New Years is a good one, too.
Posted by Ms. Moon at 9:17 AM