This Is Not My Beautiful Country 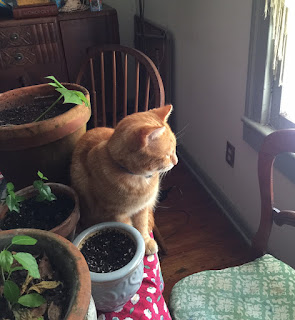 The gas man came this morning and thank god because it's cold and the heater's been running constantly for days even though I have the thermostat set at 61 degrees. I have such mixed feelings when this guy pulls up in his big tank truck. On the one hand- we won't freeze, on the other hand- he's the grouchiest, unhappiest man I've ever met. He simply refuses to participate in basic human interaction and don't even bother saying, "Good morning" or "Thank you" because he ain't answering.

Well, fine. We're not paying him to have a tea party with us.

But I can't help wondering who beat every molecule of joy out of this man. Someone surely did.

So. Do you have your country of choice picked out in case that business man with the black soul wins the presidency? I do. Thank you, I'll be in Mexico. Because if he's elected, that will mean that this country has truly become a place where I just don't want to live.
What? How? Shit. Fuck.
I thought it was a joke. Come on, people! Let's get to the punchline! Tell us it was all a joke, Donald! It's time! You're scaring us!
Well, he's not scaring me as much as the people voting for him. They're scaring the shit out of me. My fellow Americans...
On the positive side, if he does get elected and builds that wall between Mexico and the U.S., I'll be all the more protected from my insane former countrymen.

Aw, Jeez. I just don't know. I don't know shit and it's cold although it's blueskies as far as the eye can see and I thought I'd lost Miss Mabel but then I found her (she was lost but now she's found) and I need to go take a walk but I just can't seem to make myself and it's one of those weepy days where I mentally crack the cat-o-nine-tails over my naked back repeatedly, chanting, "I'm a loser, I'm a loser, I'm such a loser," and okay, Billy sent me this yesterday. 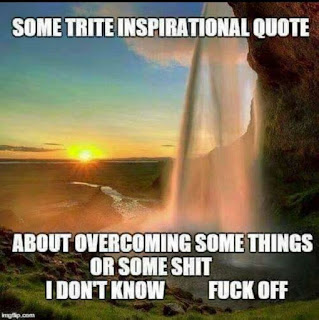 Yeah. That's about it.