Religion. What On Earth Is It Good For?

I have moved slowly but constantly all day long. One step, one step, one step. Weed this, water this, sweep this, hang this on the line, chop this, saute that, mix this, knead that, stir, taste, season, take things off the line, fold, put away. In short, I've done all the things I needed to do to just not drown.
And I got a lot done, truthfully. My favorite part was weeding the beans with Maurice's help. She reached under the fence and tried to kill my hand as I worked but because I was wearing gloves, she soon tired of the attempt and stalked off. I pitchforked composted hen house hay and used that to mulch and fertilize my beans and when I got down below the surface of the hay, there was delicious, crumbly stuff with worms wiggling all in it.
I am obsessed with my garden this year. I admit it. 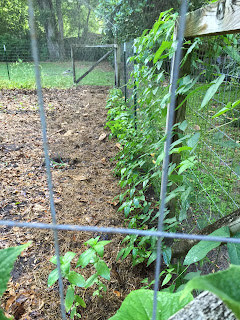 My beans with the hay mulch. 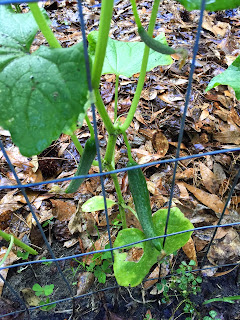 So many blooms on the cucumbers. I hope to make a vat of Glen's mama's sweet pickles this summer. The ones that take fourteen days of labor and THEN canning because every cucumber molecule is replaced by sugar. It is work and it is worth it. They are so bad for you. They are so delicious. Hopefully I'll make dill pickles too, and maybe pickled beans and the okra, too, if that happens.
We shall see, we shall see.

I've made red bean and venison and vegetable soup. 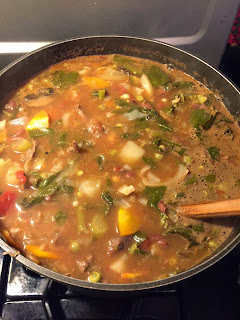 Bread. Ready to go into the oven. 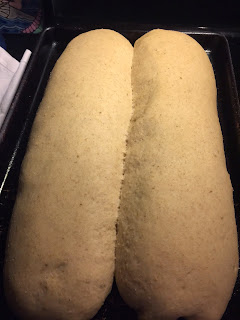 We just had our Friday evening martini walk-about. My herd of chickens 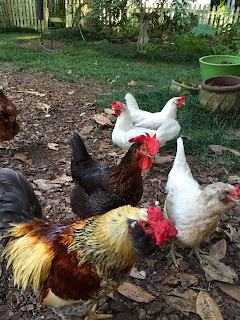 and the loudly quacking duck followed me to the coop where I let them in.

Mama hen ate from my hand today but she didn't really want to. I took a piece of bread out for her and held a bit out and she did snatch it and call her babies to come eat. I felt honored.

And when we went into the hen house, Mr. Moon said, "Look at this!" and he pulled out the tiniest egg ever. 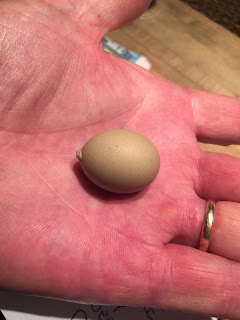 Green and small as an olive. I saw Mabel sitting on the nest yesterday and I asked her, "What are you doing there, you sweet old thing?"
Laying that miniature egg.

So. Peace here in Lloyd and I feel better. But I tell you something that I keep thinking about which is making me sick.
Those fucking Duggers and their quiver-full of children, their freakishly large family, their goddamn Christian fucking family, whose eldest son molested his sisters and other girls when he was a teenager.

The thing that's really making me ache is that his parents found out about it years ago and did nothing but discipline him, pray about it, and take him to talk to a friend of theirs who was a highway patrolman. Who himself is now serving 56 years in prison for possession of child pornography.
The father stated that the whole thing helped his family to "get closer to God."
Here's a beautifully written blog post about it.
And my comment was as follows:

As a woman who was sexually abused as a child in my home (usually on Sunday mornings before church) I know that those girls who were his victims are going to need years of therapy and that prayer is not the answer. But beyond that- the fact that their parents did not protect them and indeed, hid it all under the rug- is probably going to be the hardest part to ever heal from. If anyone has prayers, pray that these girls get the help they need. And that their parents apologize to them for the incredible damage they allowed to happen.

I am so angry that I could spit fire. TLC has canceled their show but I think that they probably knew about this long ago and so they, too, are guilty of a cover-up in my book.

There is NO excuse for parents to ever protect anyone who is molesting any of their children. Even if the molester is also one of theirs. Their protection belongs to the victims. This son is guilty of what he did and he should atone for that in some way (and just asking forgiveness is not enough) but his parents were adults and as such, were charged with the protection of their other children.

And that boy has grown up to get married and have children of his own. And his parents have gone on to have baby after baby after baby and make tons of money on their Christian, god-loving schtick and those girls will suffer a lifetime of pain and problems. And if they don't lose their faith in their religion I will be vastly surprised.

All right. That's enough of that. But dammit, I take this shit personally. I can't help it.

The bread needs to come out of the oven.

It's a crazy, fucked-up world and there is no wonder that I choose to stay here and tend what I have with what I can.

I may feel crazy but I am not insane.