The boys are still here but Gibson fell asleep on the couch and Boppy just got home and he and Owen are playing some game and I'm actually caught up on dishes and laundry and have swept the kitchen as many times as I'm going to sweep it until I sweep it again.

Despite Mr. King's passing, I have had a good day. One in which I've wept some but mostly I've just been reflective. It's been so sweet for so many of you to write me and say, "I thought of you when I heard..."
But I don't own B.B. King any more than anyone did. He was the world's.
He belonged to the world.
Lovingly. And grace-fully.
Never have I heard a bad word about that man. I need to reread his autobiography. And I will.
When I think about B.B. King, I get an image of this planet from space and I feel like maybe he filled up our atmosphere as fully with his music as anyone could. We all have our B.B. stories, or at least many of us do.
I'll never forget being a homesick young'un in Denver, Colorado, walking into a record store, seeing Indianola Mississippi Seeds and being drawn to it like a fly to...a watermelon. 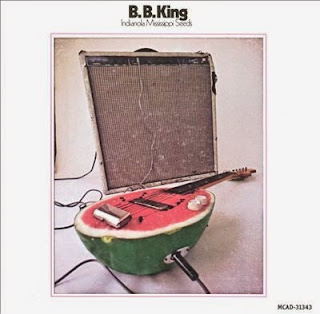 I think my roommate and I dropped some organic mescaline that night and listened to that album over and over. Leon Russell had his hand all in it and B. B. said later that it was, in his opinion, his best album. Leon wrote "Hummingbird" the song I posted this morning and of all the songs Mr. King did, that one is the most plaintive and evocative to me. It's been playing in my head all day long. Those strange Leon Russell chord changes, his piano behind B.B.
I still have that album. Forty-some years later. Vinyl lasts, y'all.
And the blues are eternal.
As is B. B. King who was such a sure, pure channel for them.

So. I've been thinking about him. As has been the entire world. I don't think anyone is saying he went too soon. He worked his entire life and I doubt he ever really thought of what he did as work. Not after spending a childhood in the cotton fields but it was.
It was work.
God's work.

I think about politicians and activists and kings and presidents and prime ministers and religious leaders and preachers and prophets and in my opinion, not a damn one of them ever did as much for civilization as the artists have.
B. B. King being one of the foremost of those.

He filled our world up to the brim and then beyond with the blues and he was gentle and he was kind and he was one of the most gracious, giving, professional performers anyone could ever ask for.
And I've said it before and I'll say it again, when that man asked the audience, "Who loves you baby?" you knew he did. Everyone gets the blues at some point. Everyone always will. And no matter how deep dark they are, if one person can translate and transcend them and deliver that transcendence to you and tell you they love you, you might be able to make it back.
And Lord, Lord, he was loved back. 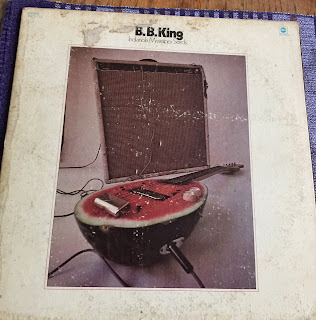 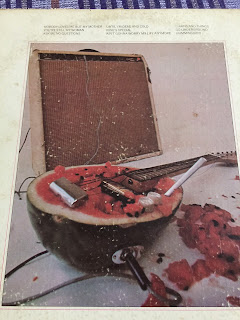 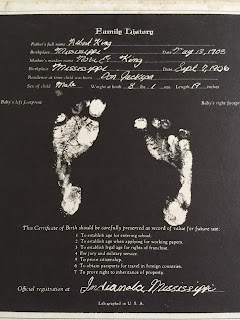 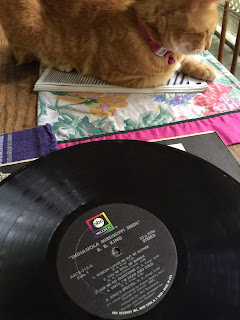 The heart of it all.

My boys have just left. They were so sweet today, so good. We walked up to Papa Jay's and then came back and sat on the porch swing while they ate their treats and we played spider games and piggy-toe games and later, after Gibson fell asleep, Owen told me that he was going to marry McKenzie. He loves her "to death." He plans on waiting until he can buy a ring, a wedding suit, and a wedding gown for her. He figures he'll be about ten by then and they'll have kids and they'll love them to death too.

He also told his Boppy, I just discovered, that I was leaving him to marry another man in Las Vegas.
Where in the hell did that come from?
He told Boppy that that was okay. He could marry another woman. A younger one.

I think maybe B.B. King wrote a song about that.

It's raining again. It's powerful good.

I think I'll go put that album on.

Here's one more picture. Everyone in the entire universe has posted a picture of B.B. King today. All of them beautiful. Here's the one I was waiting for. 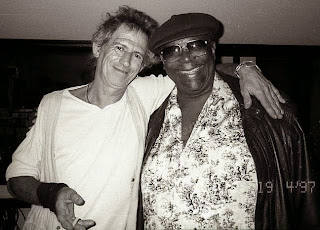 Artists. They bring the love.