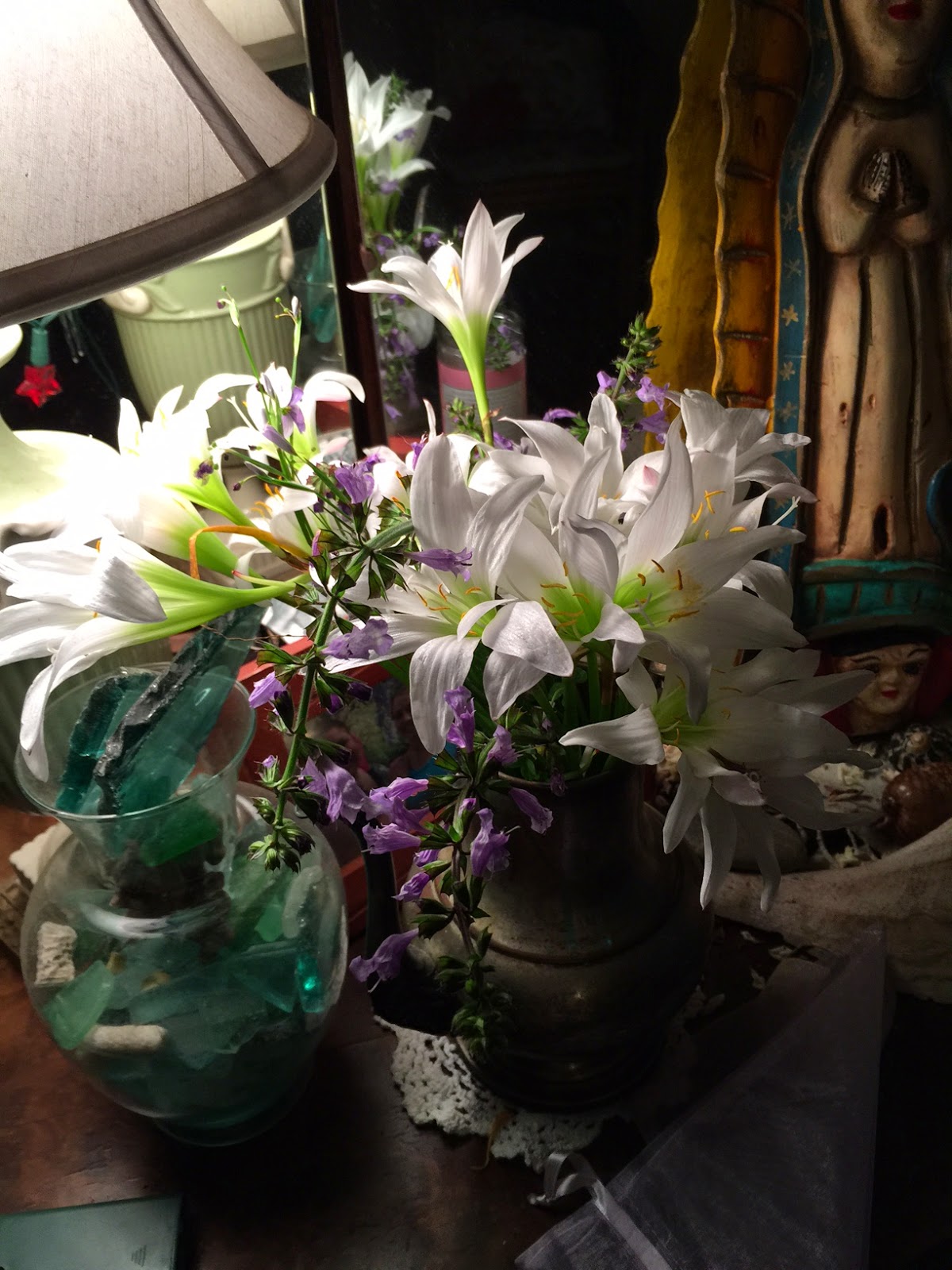 The flowers Glen picked me on his way back from the coast. 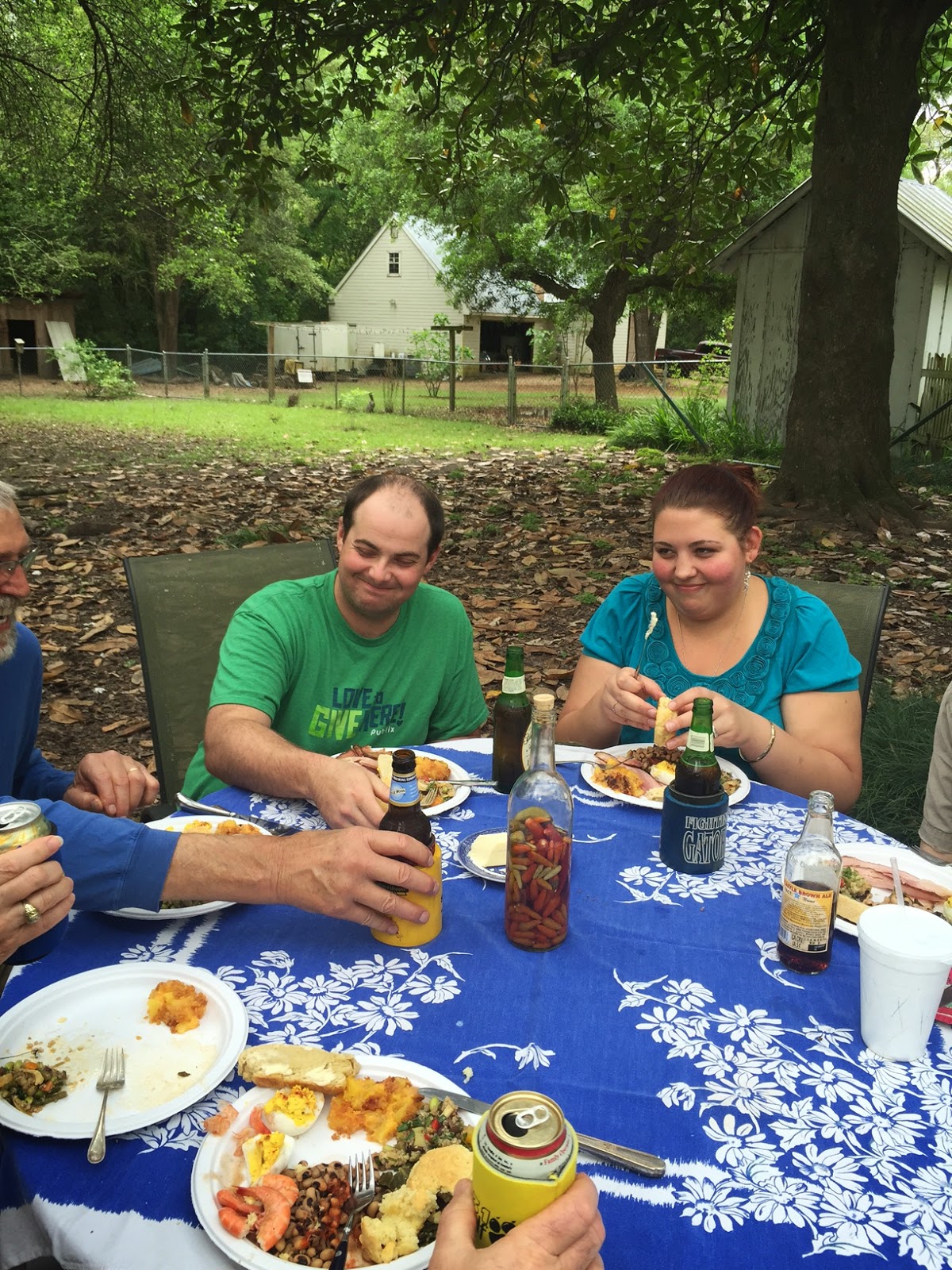 Jason and Lily. Later in the day, I asked them why they have such cute kids.
"Because we're hot," said Lily.
Too true. 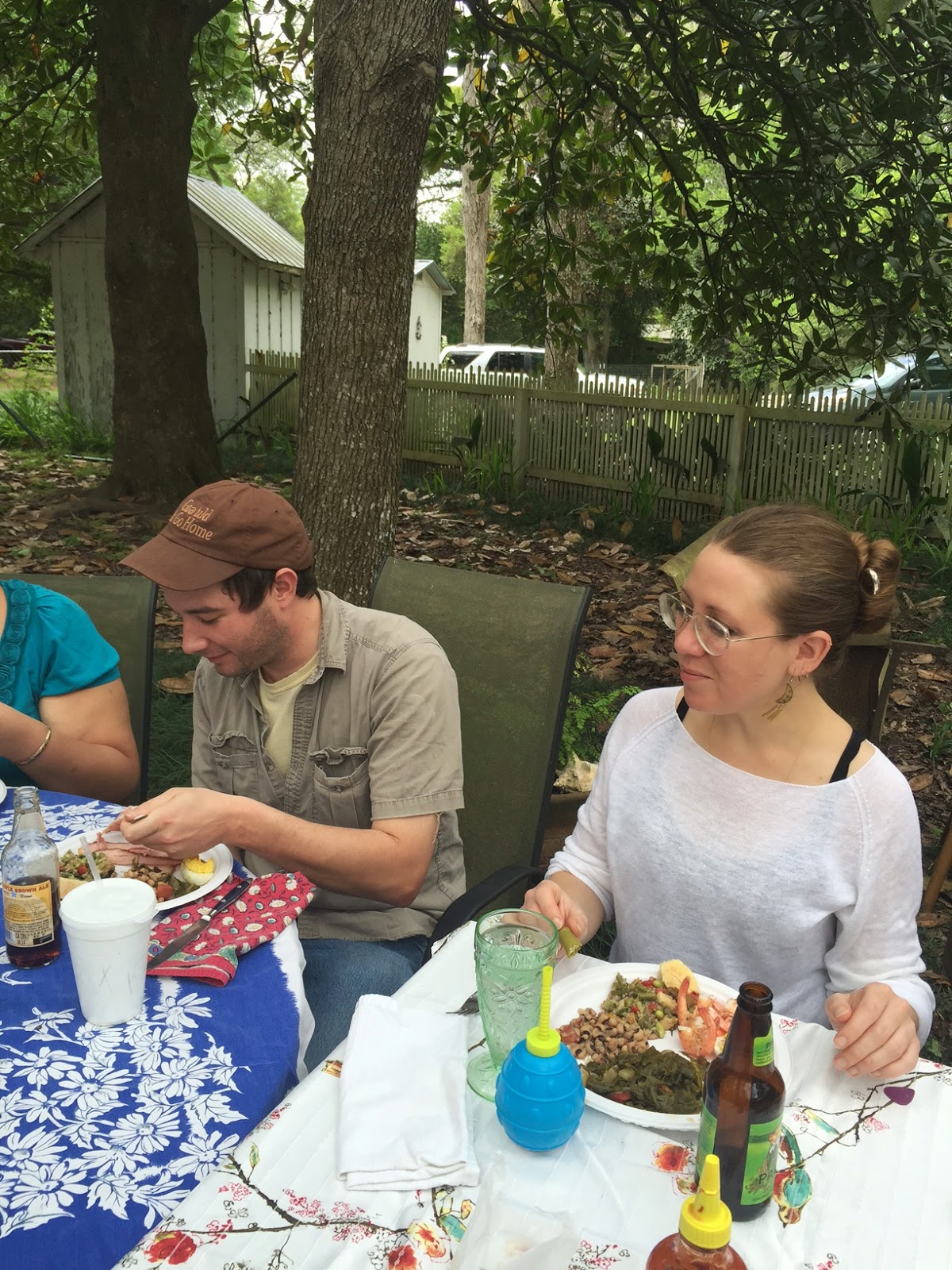 May and Michael. No. May does not look like me at all. Not one bit. 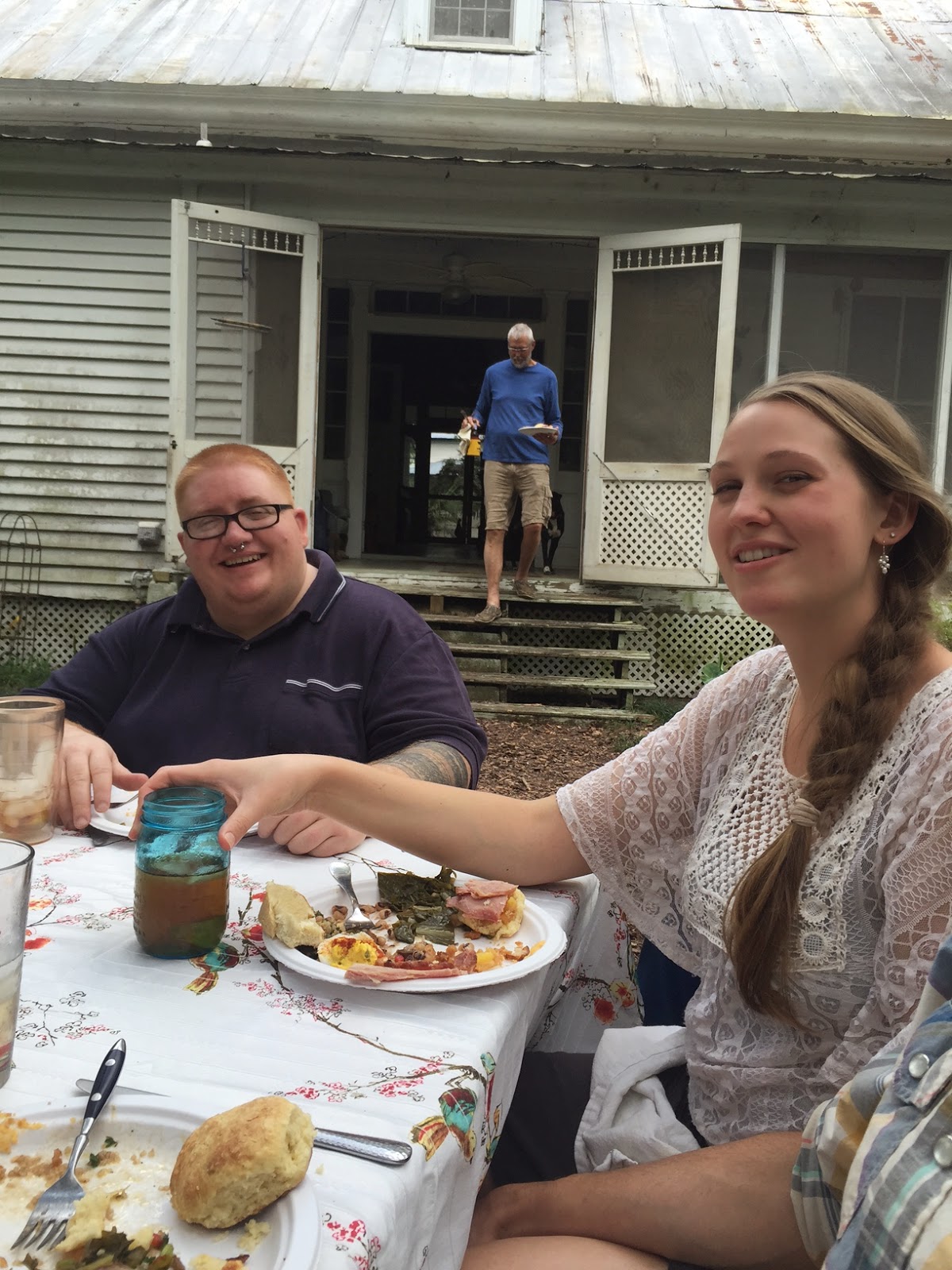 Hank and Jessie. And Mr. Moon in the background. 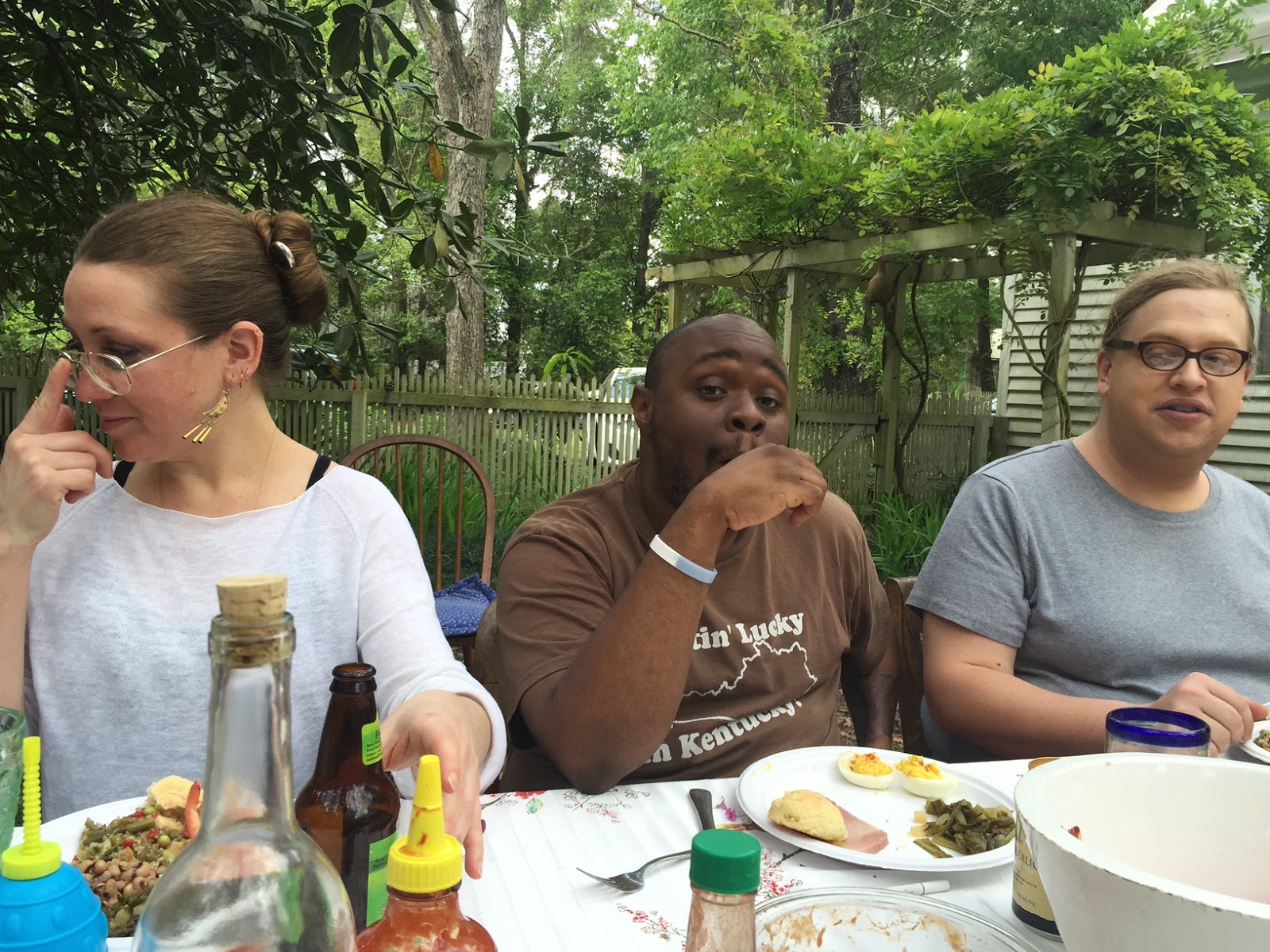 May, Mark, and Anna. Y'all hold a good thought for our Mark. He has to have surgery on Thursday. It's going to be complex and we love him bad. He brought Legos for the boys and they adore him. He asked today if we could actually legally adopt him. I said, "Mark, your parents would be so upset."
"They'll get over it," he said.
He doesn't really mean that. He just likes my biscuits.
When Anna came in I said, "Happy Easter, my Christian friend!" She is a Christian and a good one. The kind that if you need, she gives and no bullshit. She is one of the kindest people I know. 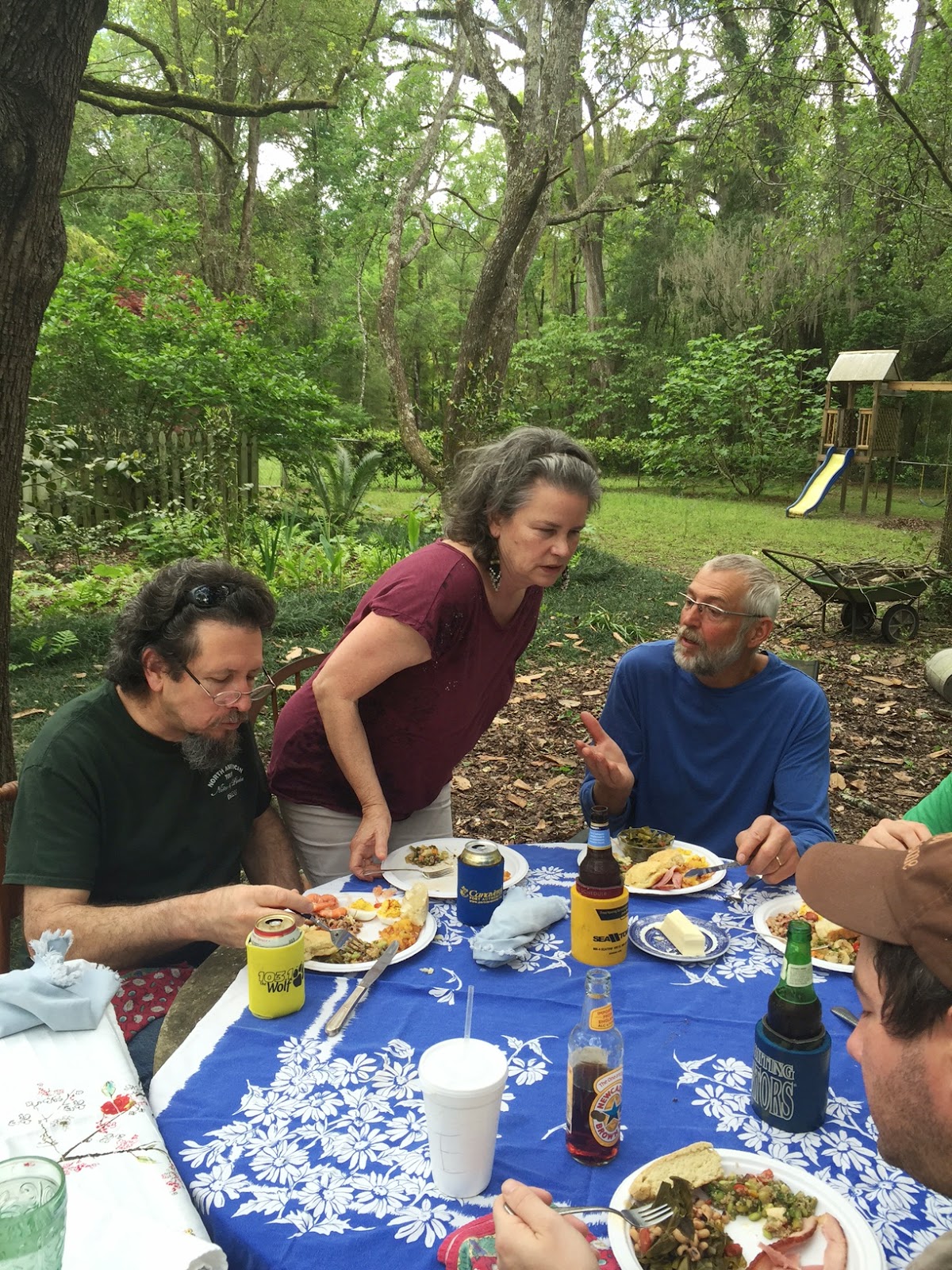 Jerry and Lucia. Hank and May's other parents. And Mr. Moon, of course.
One of these days I'm going to have to explain who Jerry is to Owen. It's going to blow his mind. Or maybe he'll just relate it all to Elvis and Mick and the sister-wives and it'll just be in interesting factoid. 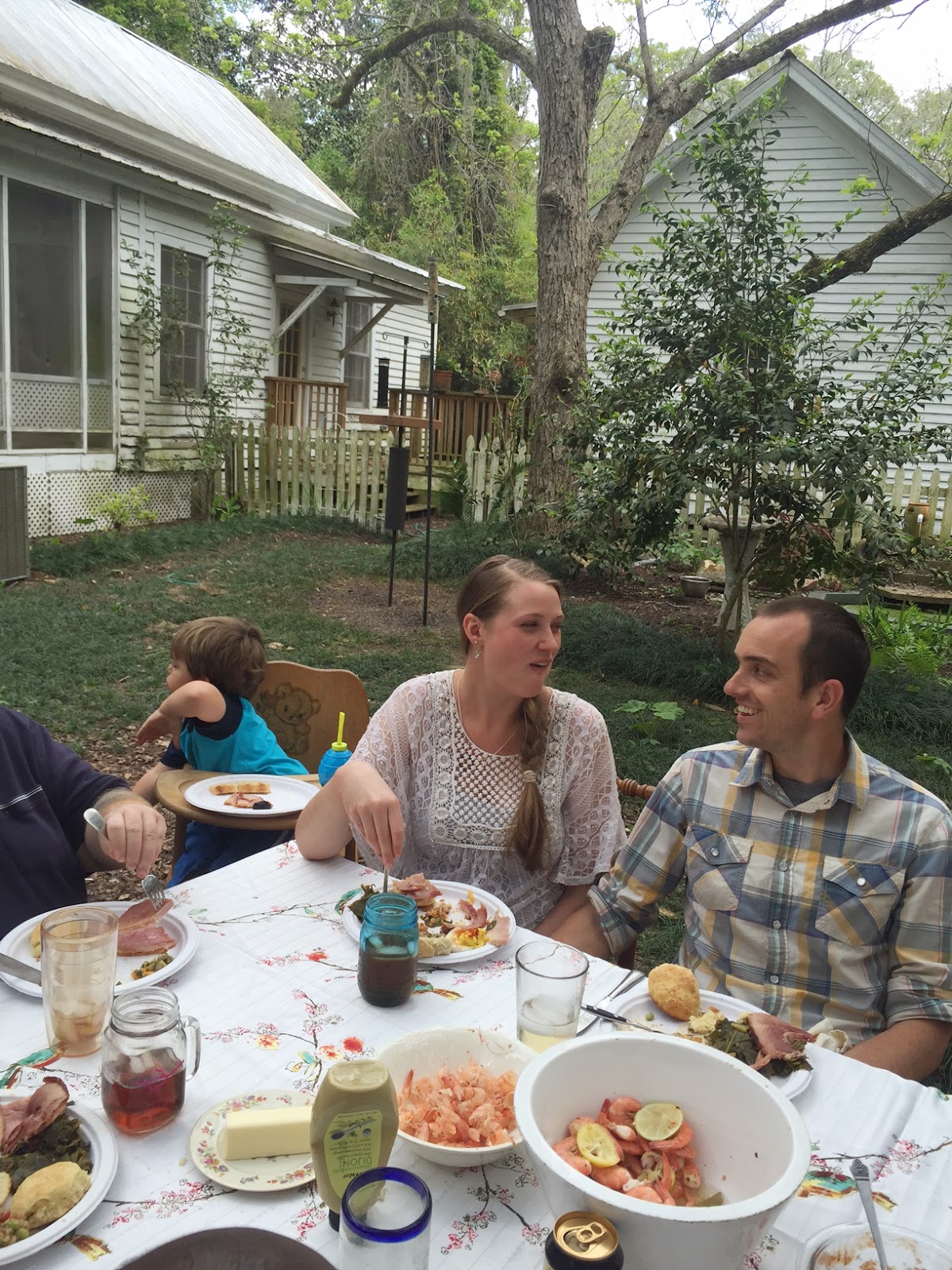 Gibson, Jessie and Vergil.
We do not make Gibson sit in the high chair. He loves it. And next Easter, there will be an actual baby sitting in it. Can you believe that?

Owen had already finished his dinner by the time I sat down. So here's a picture I snagged off of Facebook from when they hunted eggs this morning with their cousin Lenore, the tiny dainty fairy princess. 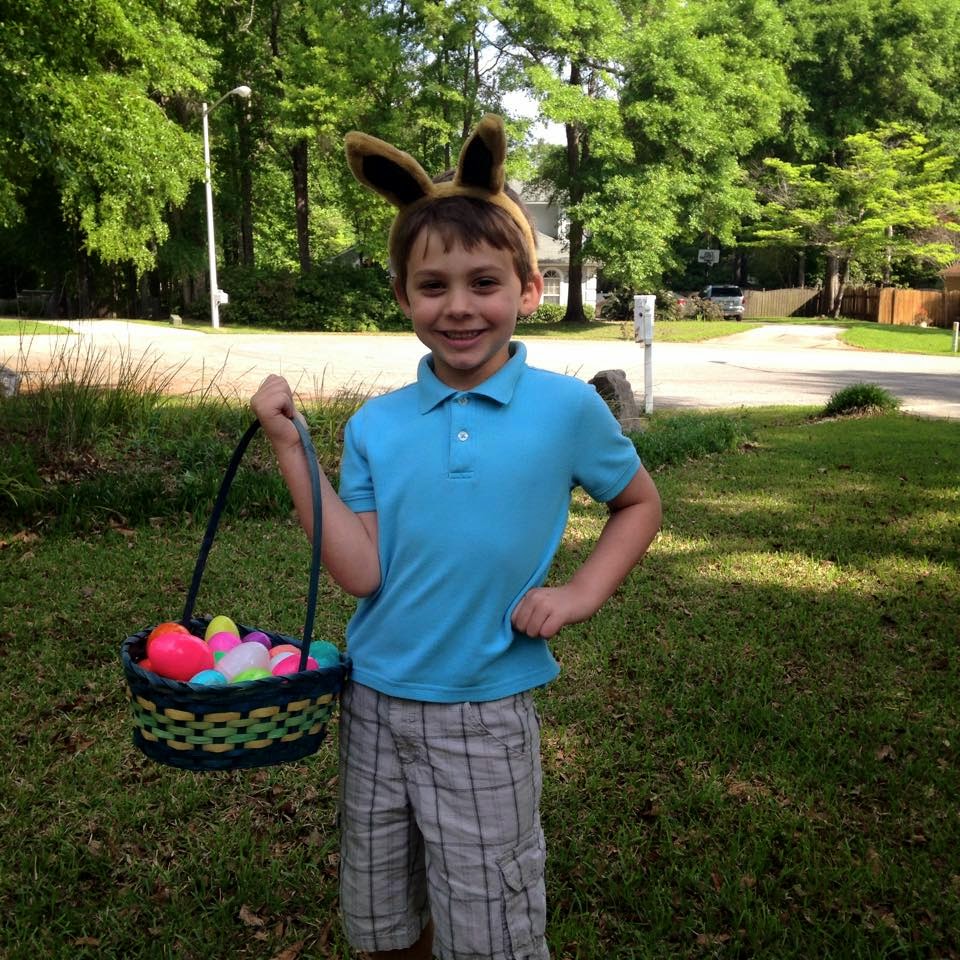 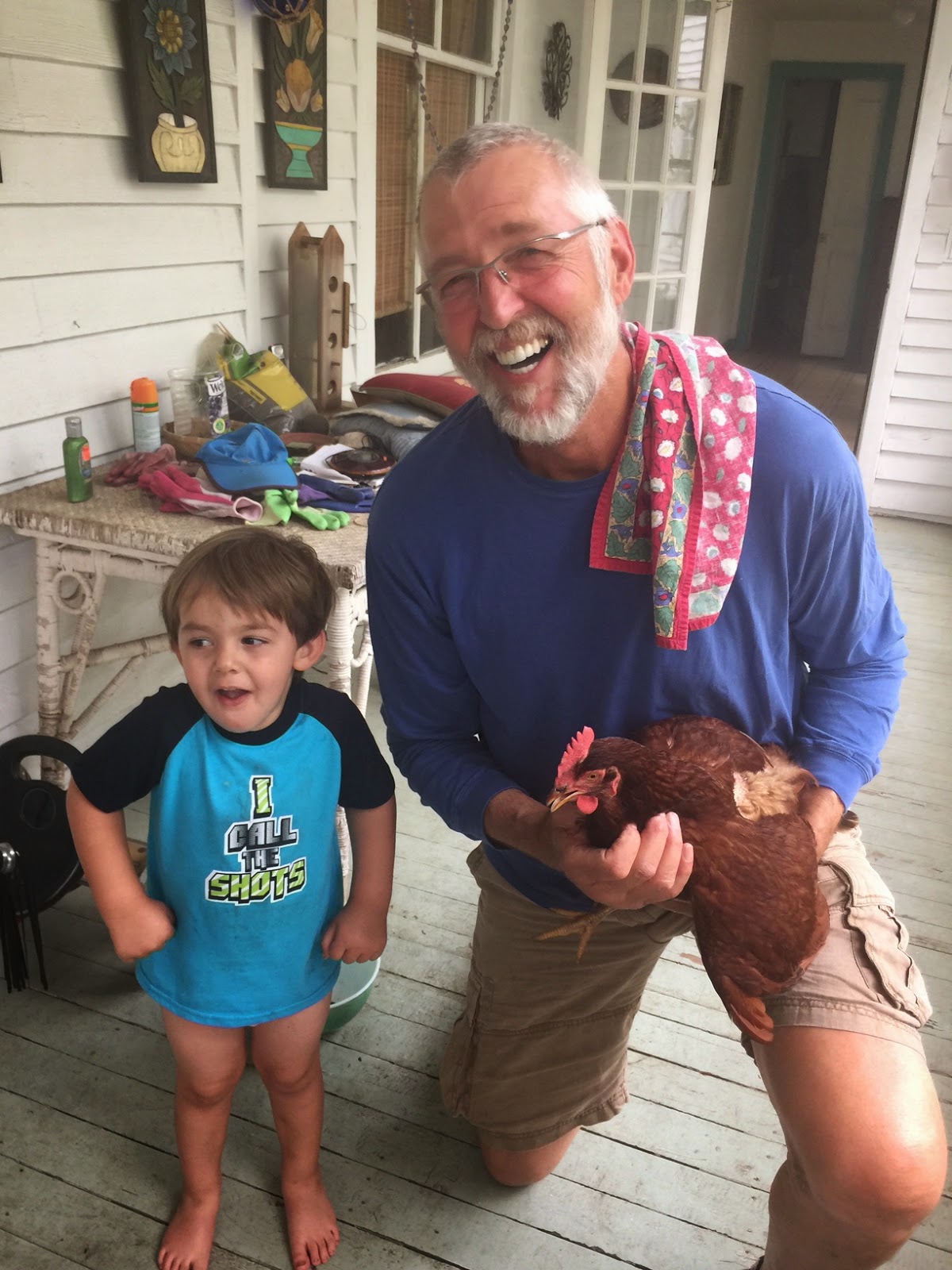 Nicey kept coming onto the porch. Mr. Moon carried her into the kitchen and fed her a bean. She liked it. See that bare patch on her back? That's from being the victim of frequent fornication. She must be the most desirable hen in the flock. Poor thing. Gibson had a mouthful of ham. He likes ham.

And so it went. There was ham and deviled eggs and bread and biscuits and greens and quinoa salad and black-eyed peas and boiled shrimp and pineapple casserole. Never had pineapple casserole?
Lord, chile!
Just google that shit. Lily made it. She is allowed to make it once a year.
Or maybe twice. But that is ALL!

And the carrot cake was dense and it was good.

Hey- guess what? We never got around to hiding eggs. Too much Lego-building and stuff going on. It just never happened. The boys had already hunted eggs so they didn't care.

I've thought about Brian all day. One of the things he did that I loved was end everyone of his Facebook post with the words, "Ain't life grand!"
Except for once when his post was, "Excuse me. I was not aware that a day could suck so badly."
He was a funny guy. He was a happy guy. He lived until he died.

Let's try to do the same. If exhaustion is any indication that one has lived a day to the fullest, then I most certainly have.