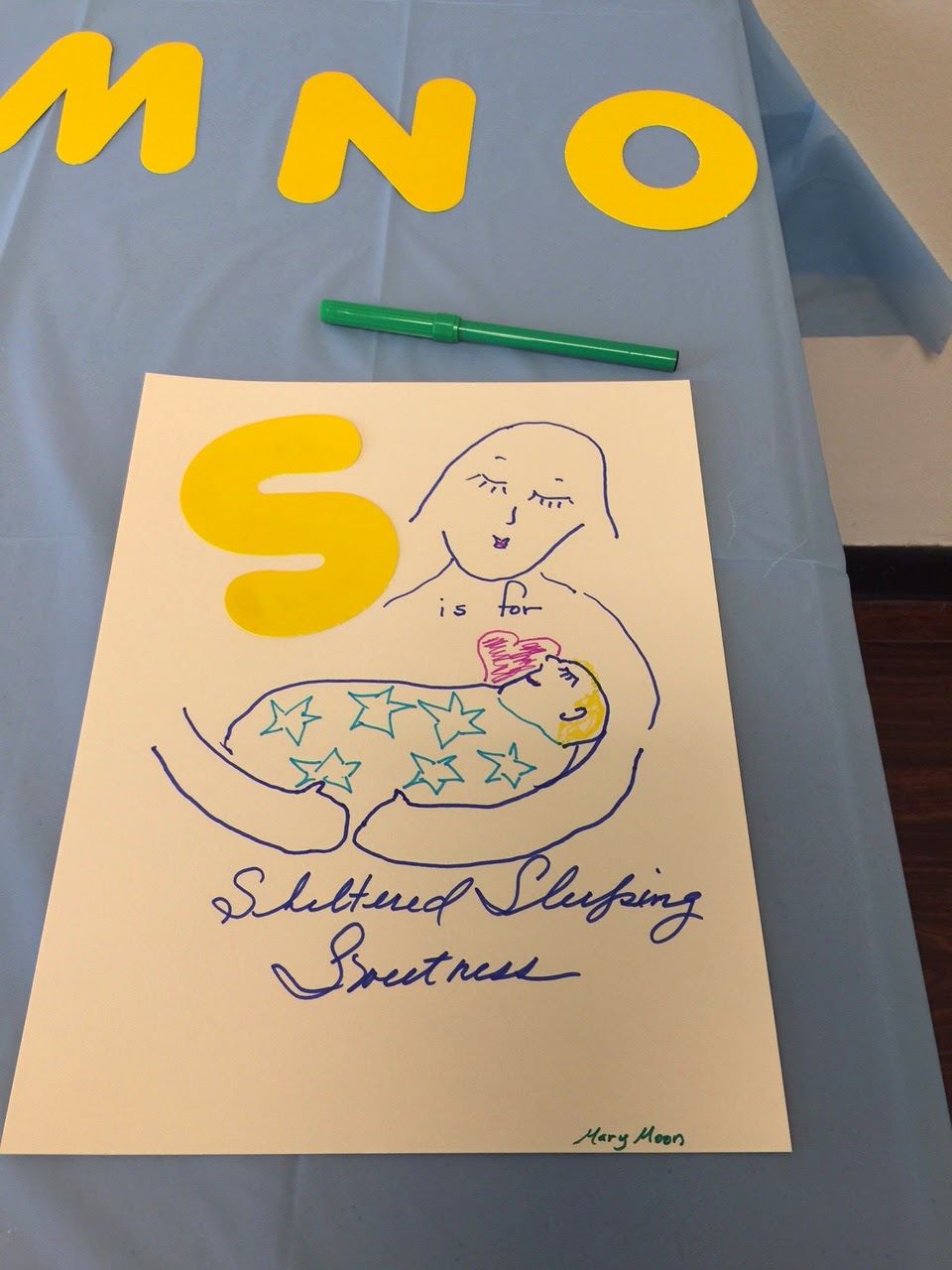 One of Lily's best friends is going to have a baby soon and Lily coordinated the baby shower just as she did the wedding shower for her last year. I helped go set up and was basically in the way because everyone else had done all the work but mostly I was there for moral support. There were all sorts of delicious foods including the meatballs cooked with grape jelly and Heinz chili sauce which are the best thing in the world to eat, and the theme was pirates and Hank did the invitations and I sat with the same exact ladies I sat with at the wedding shower last year, completely by coincidence (as if) and we did a thing where we all chose a letter from the alphabet and made a picture to put together into a book the same way we did at Lily's shower for Owen.
What you see above is my picture and I can't draw a baby for shit but I still like it. The picture. The
thought.

Could anything be better than that for a new mother?

My husband is home. We have played cards. I am going to make us some sort of food although we have both eaten so much in the last few days that food has become something we're a bit wary of.

I am just looking forward to bed where I, too, will have sheltered sleeping sweetness. May the dreams be sweet.

The mother-to-be's grandmother was at the shower today. She's a pistol. She asked me, "How old are you?"
I said, "Excuse me?"
And she said again, "How old are you?"
"Sixty," I said.
"I'm eighty-one!" she announced proudly and slapped her knees. She was wearing a turquoise blue pants suit with sequined dragonflies on the shirt. She was strong and hearty and fully present. Later on I heard her talking on her cell phone.
"I'm not going to make the reunion," she said. "I'll be on my cruise."

As we were all preparing to leave she was putting on her lipstick. Her daughter said, "Mama, you don't need to put on your lipstick."
"My lips get dry," the grandmama said as she snapped her lipstick closed and put her mirror up in her purse.

Bless all our hearts.
Love...Ms. Moon