Here We Are. Still.

I didn't wake up until nine this morning and in checking my e-mail, discovered that an old friend of mine had stayed the night with his wife right down the road and so I called him and they came over for a visit. This man was the brother of my best friend since the eighth grade, a woman whom I still am very much in touch with. Whom I will always love dearly. I sort of grew up in her house as a kid, spent a lot of time there, and knew her brother well. Of course he was a friend of Brian's, my friend who just died, and also a friend of my ex's. Musicians, all.
Jeff, this friend, was in the first band I ever saw. The Titans, they were called. I remember that well. It was a birthday of Mary Lane's, my friend, and her parents threw her a big ol' party and there was the band and there was dancing and I wore a pink dress that had a bow at the neck and I did dance with some boys including one named (I am not making this up) Gregory Peck. But it was the band that I fell in love with.
The beginning of a lifelong love affair with musicians.

Anyway, they came by and I showed them our house and the yard and the trees and the chickens and we sat on the porch and talked awhile. Jeff's had too many deaths in his family lately and now, Brian, and we were all a bit shellshocked, sixty-year old people sitting on a porch on a gorgeous spring morning talking about death, how it can come slow and excruciatingly or fast and sudden.
Talking about how you can't just always take it for granted that you can pick up the phone and call an old friend and say, "Let's get together," and know it'll happen.
One thing I've learned lately is that no matter how many deaths you go through, you have to grieve each one in a completely different way depending on who that person was in your life. There is no fucking check-list of stages. Each person held a different part of you in their hearts and the opposite is true too. The part that held you is gone and will never be replaced no matter how long the part you hold lives.

You can quote me on that one, baby.

No matter what sort of grieving comes, though, one true thing for me is that it makes my body hurt. I have no idea why. But it does.

So my friends have headed back on to New Orleans where they live. They're on their way back from South Florida where his mama was living when his brother died. They were helping her get her things together so that she could move up to Maryland to live near his sister, my dear friend. The mama is 93 and in pretty good health and I think of her, two of her children gone, her husband too. Most of her family, all of her old friends.

I tell you what though- I woke up to clean bathrooms! Owen decided yesterday to be the Best Boy in the world and to try and make me happier. He knew my friend had died and his mama had told him and his brother to be very sweet to Mer Mer and so he was. He wanted to clean so I gave him a spray bottle with water and vinegar and a few drops of Fabuloso in it and he went crazy. My sinks gleam and the outsides of the toilets too. He straightened up everything on the piano 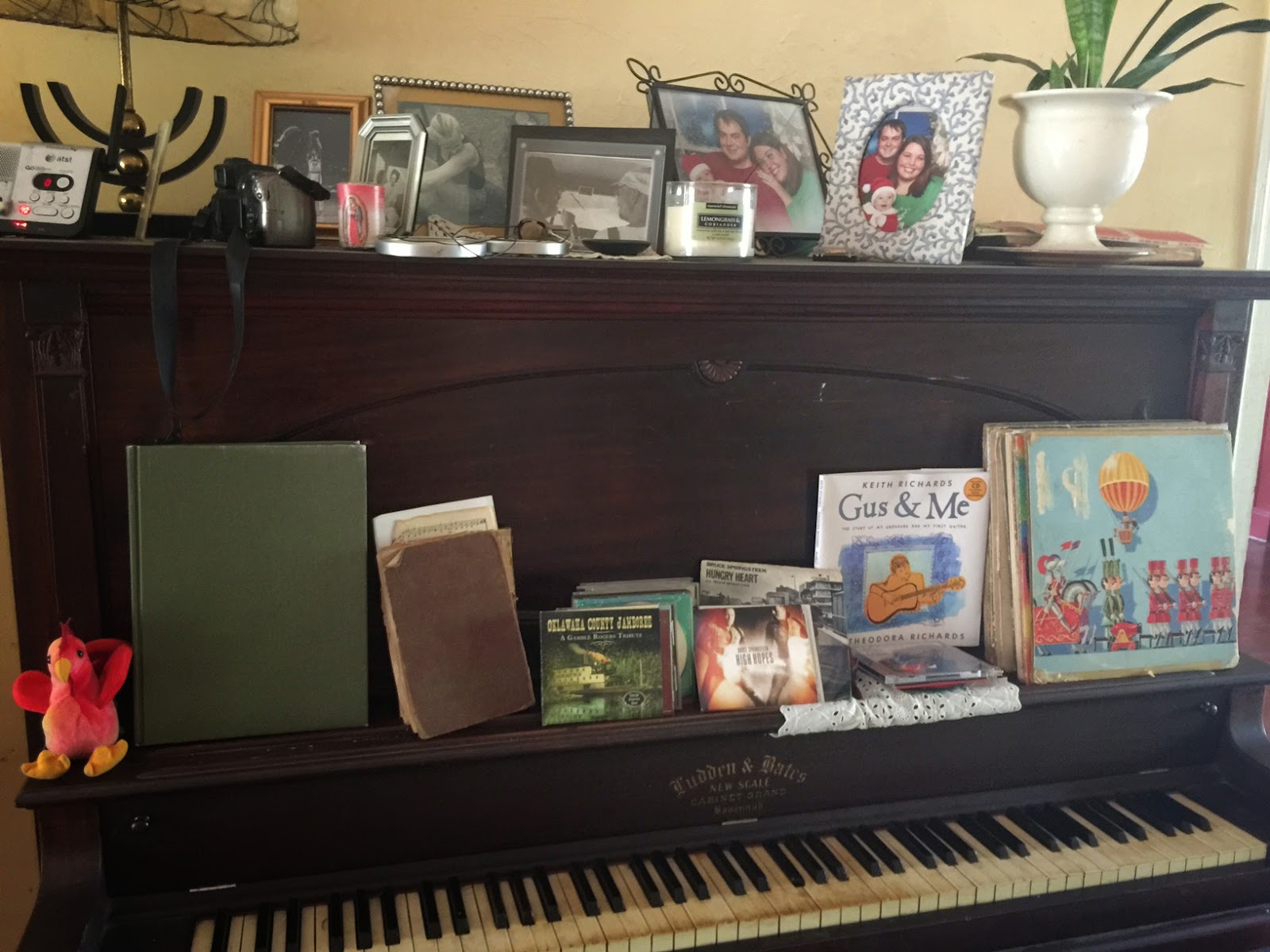 and cleaned the keys and he polished mirrors too. 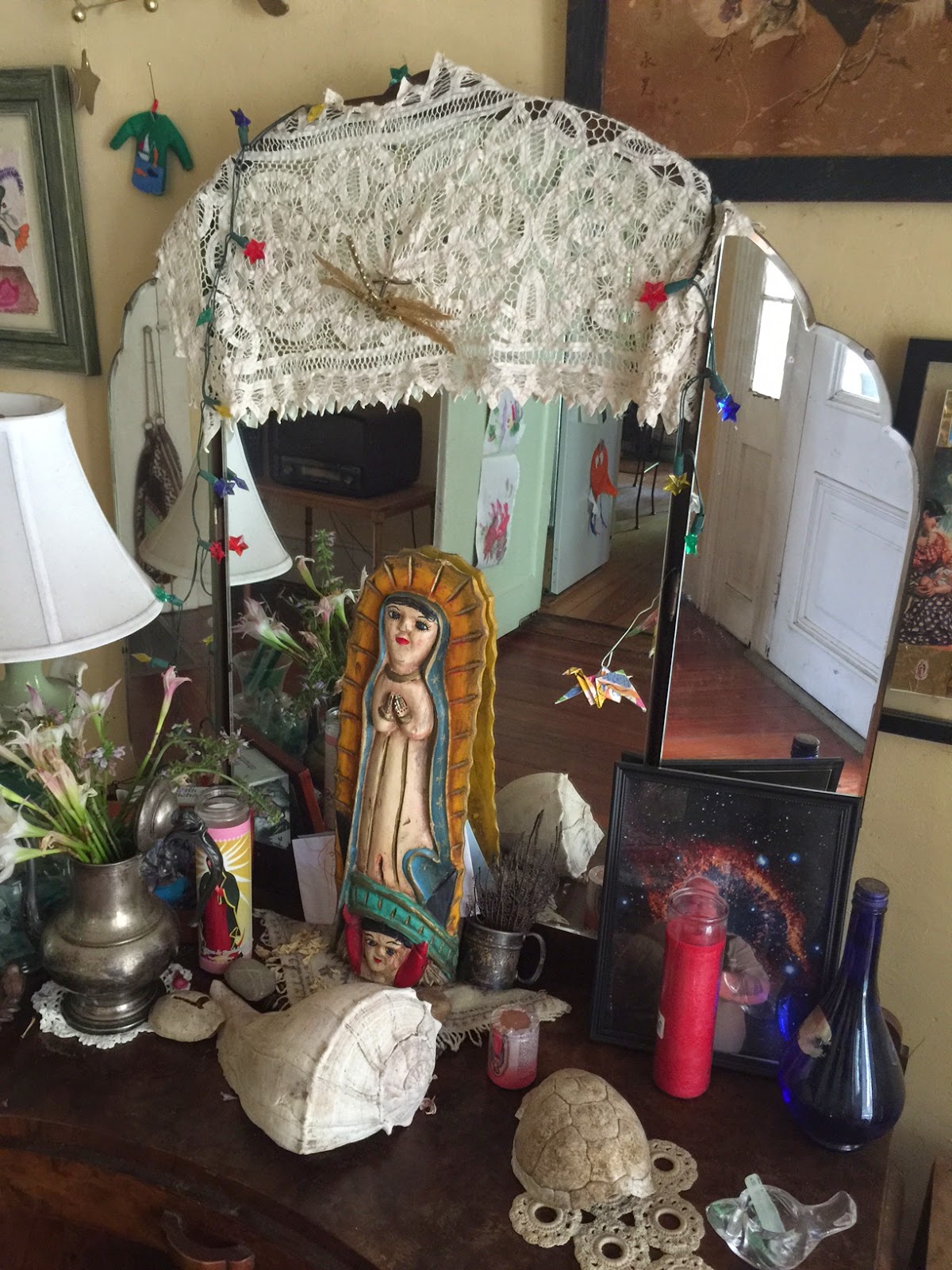 He tidied up the Glen Den and put toys away and then (and this melted my heart right in two) he set up his grandfather's Lazy Boy with the foot rest out and blankets and pillows on it and set the fan right in front of it and led me to it and said, "This is your relaxing place."
He even brought me a stick to hit against the wall for me to call him if I needed anything, because I don't have a bell to ring.

And Gibson crawled up into the relaxing chair with me ("I need you") and we cuddled and I felt like the luckiest grandmother in the world.
I paid Owen three dollars when they left which is a fortune for him but to be honest- was a bargain for me. I mean, he really did do a good job.

The rest of today I am going to move slowly and with mindfulness. I might spend some time reading. I am going to cook my favorite food, beans with the rest of the ham bone. I might go outside and do some work or I might be content to sit on the porch and watch the outside as if were a movie.

Speaking of movies, I just saw a rough, short video of another dear friend from the olden days (and yes, another friend I knew because of Brian) jamming last night with Stevie Wonder onstage in Nashville. If I can get a youtube link I'll post it here.

Life is funny. Life is hard. Life is glorious. Life is sucking, fucking horrible sometimes.
But there is always music and our loves and the roses are blooming. And this. 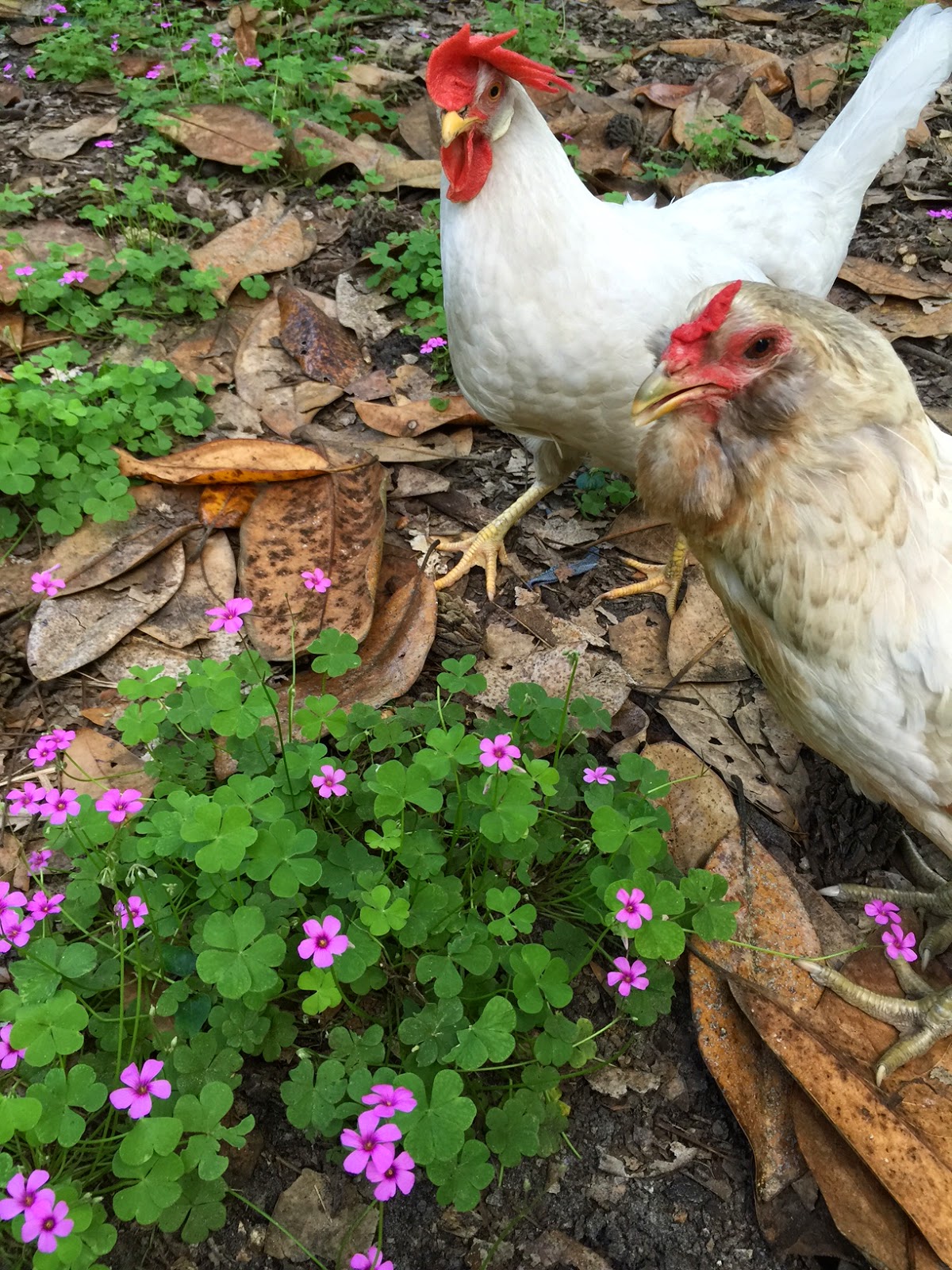 Cha-Cha and Camellia in the oxalis.