Let's Do Some Living 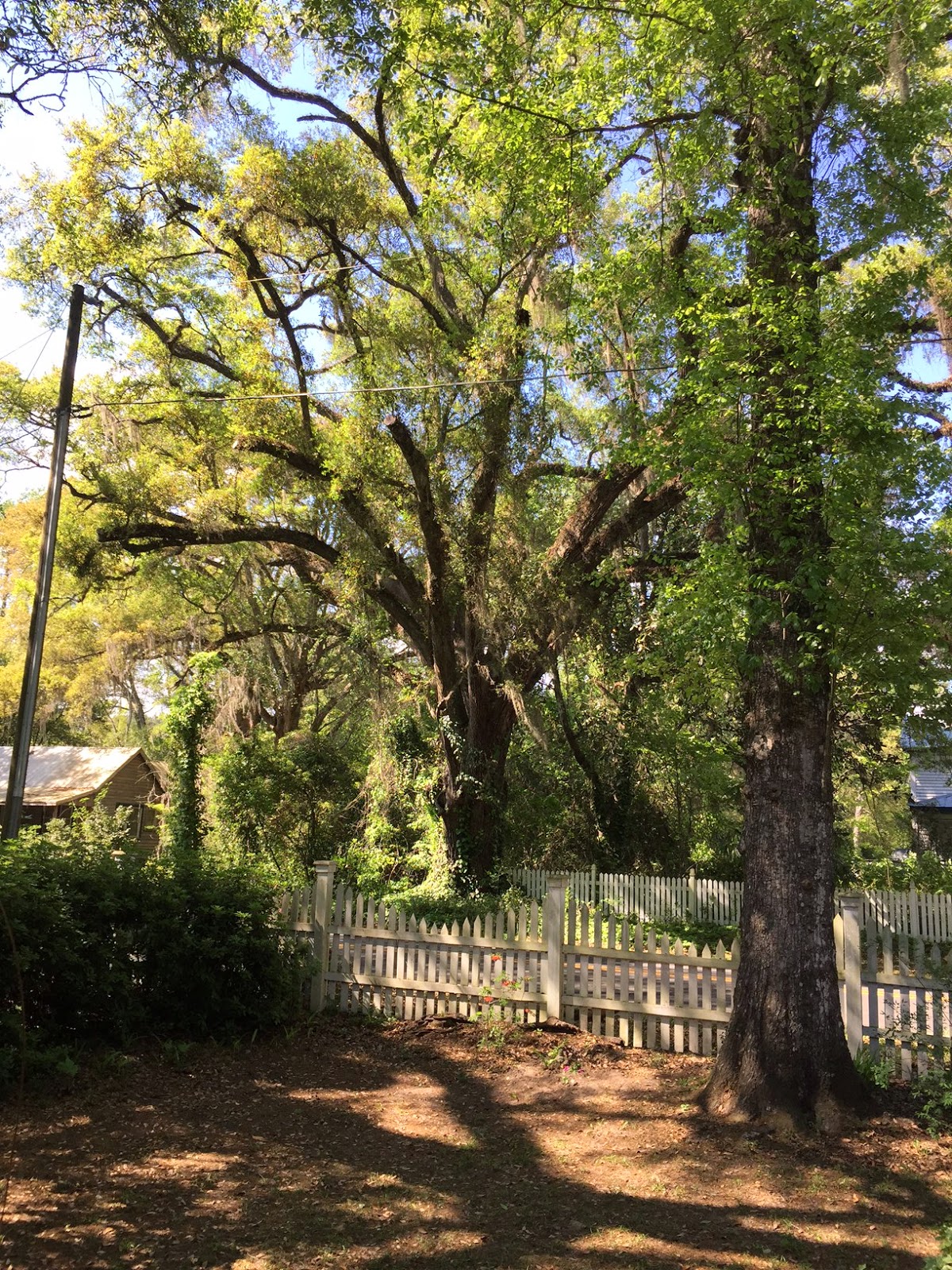 I'm glad it's been such a beautiful day today. That has helped. I've been crying on and off and not ashamed to do it. Every death, including that of a rooster, brings back every death. And so I have had a day to grieve and because it has been cloudless and lightshot and green, it has been like being in a beautiful cathedral with incredible stained glass windows for my worship but instead of static glass, no matter how magnificent, my cathedral, or my church, has been ever-changing, splendid in the perfection of its color, arrangement, and light.

The boys came over and weren't here for long but I was glad of their company. We played games and put together part of a puzzle and we listened to the Rolling Stones and we kicked bamboo and we cuddled. I told Owen one of his favorite stories, which is the story of how I became a grandmother and as I told the story, I gently rubbed Gibson's back and he closed his eyes and smiled and I expanded the story to Gibson's birth and to the coming of Jessie's baby and we talked about the Mr. Peep story and Elvis and how, when I bought this house, I must have known what a wonderful house it would be for grandchildren to visit me in.
Oh! How he loves to hear these stories and I think Gibson is learning to love them too.

I made them sherbet and juice drinks. 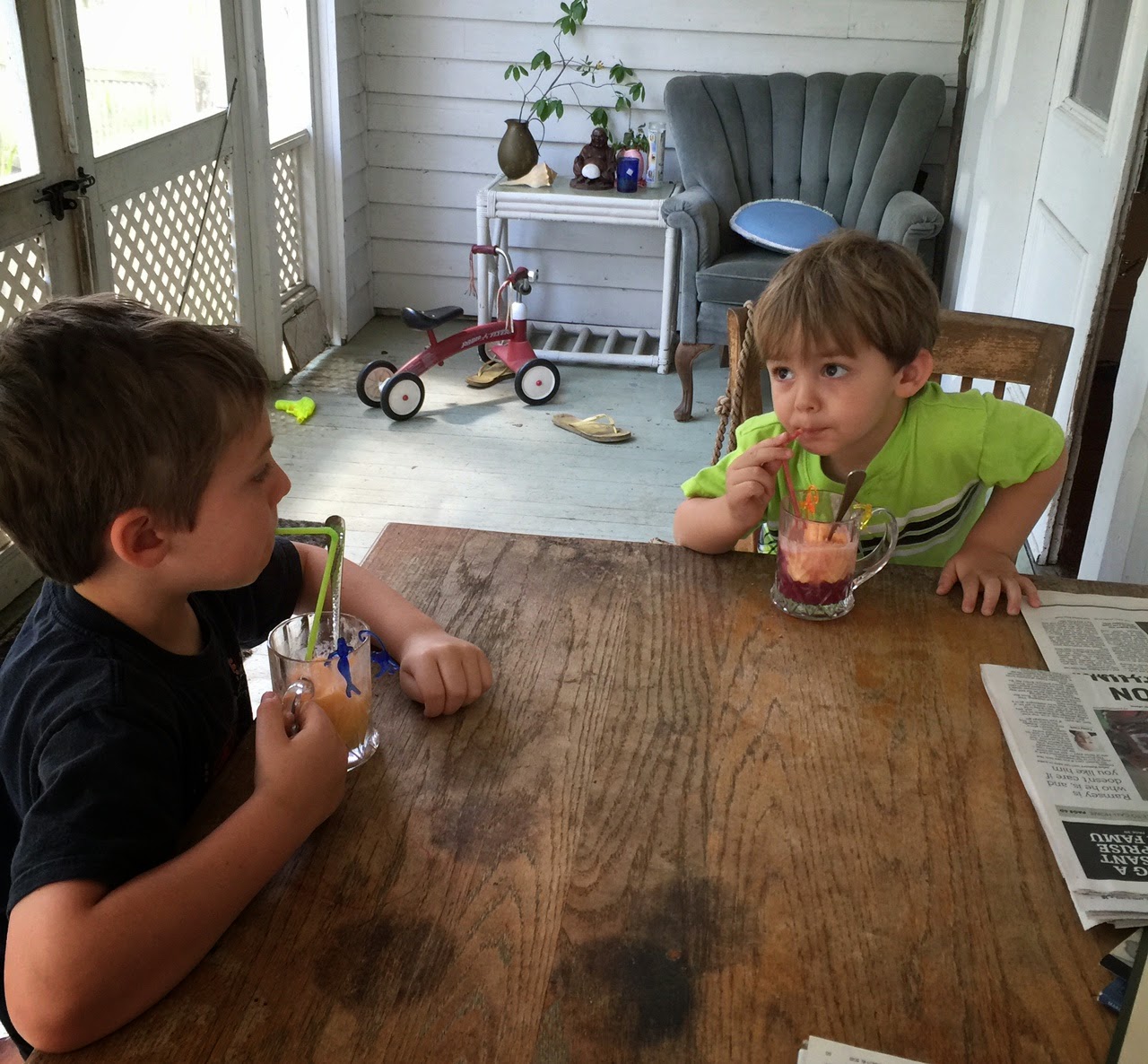 When I took them out to see Elvis's grave, we talked about Elvis. We talked about how he is dead now and I told them that I was very sad. I asked Owen if he was sad. He said, "Not too much. But it makes my eyes hurt to think about. He's in chicken heaven now."
I told him that I hope that chickens are in people heaven. Otherwise, I have no desire to go.
Lily, who was still here, rolled her eyes a bit but she knows her mama.

They are so good for me, these boys. They are so loving. Gibson let me kiss him one million times and whenever I open my arms to Owen, he throws himself into them. I was putting Gibson's pants on after he peed on the potty and out of nowhere, he said, "I love you, Mer."
I hugged and kissed him and pulled his Toy Story underpants up and said, "Oh, Gibson. I love you too."

After they went home with their daddy to possibly have Super Dudes Night, I finished up laundry and  cleaned the poopy hay out of the hen house and did this and that and when it became the magic hour, I opened a beer and went out to have a walk around the yard by myself but as it turned out, I had company. 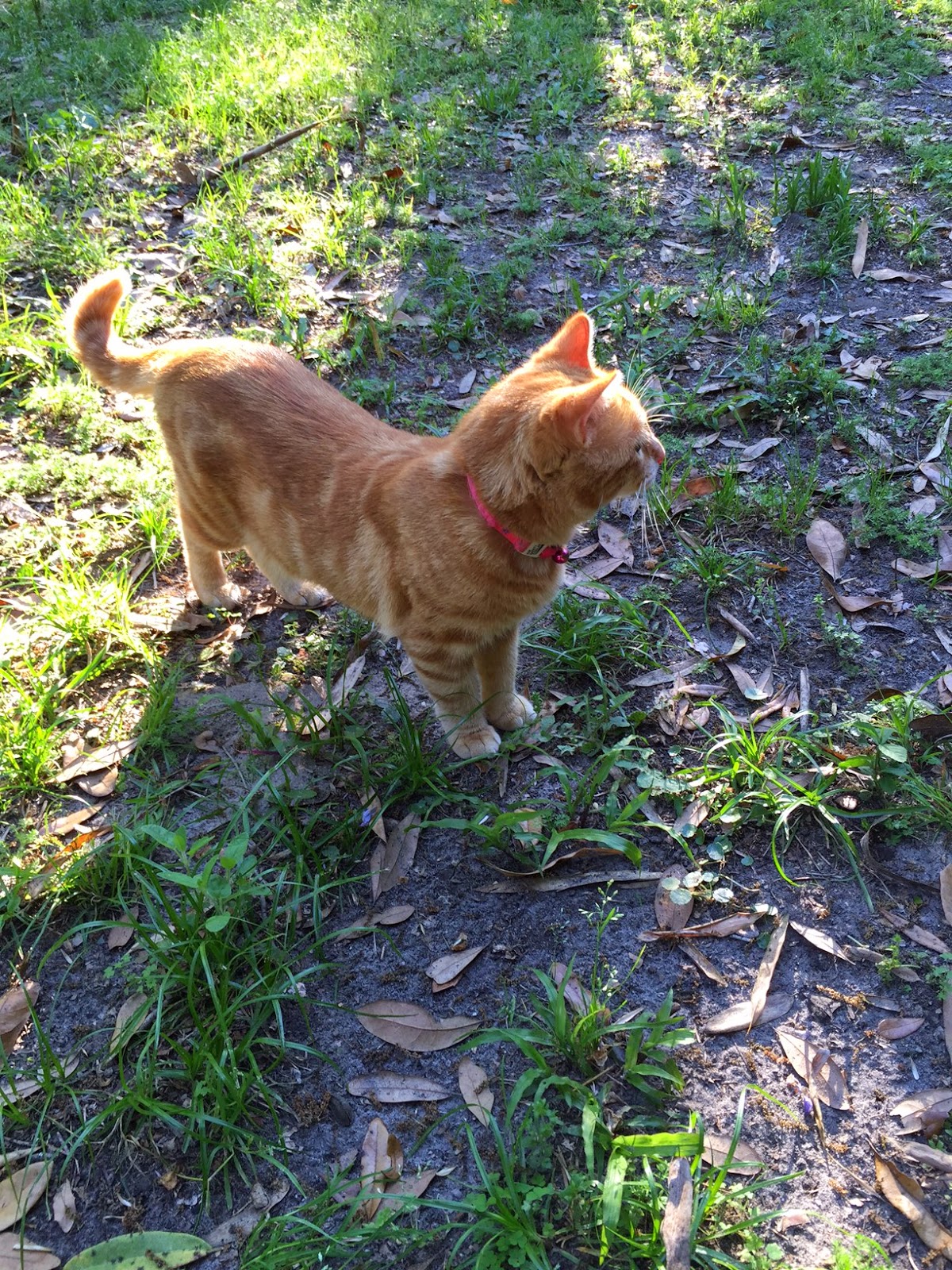 She came with me, every step of the way. Entirely by coincidence, I assure you.

We checked out the garden. 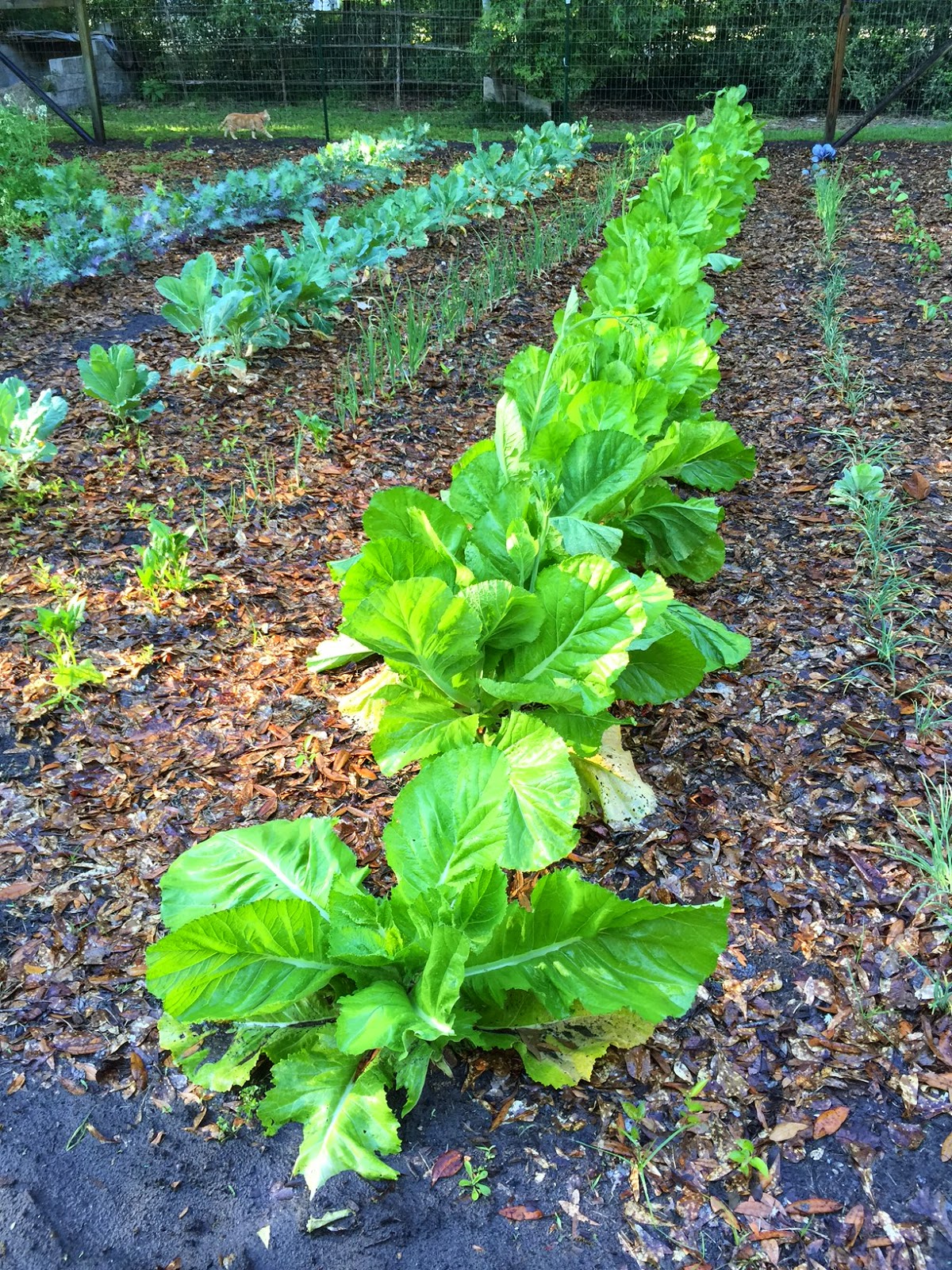 Can you believe the color of those mustard greens? 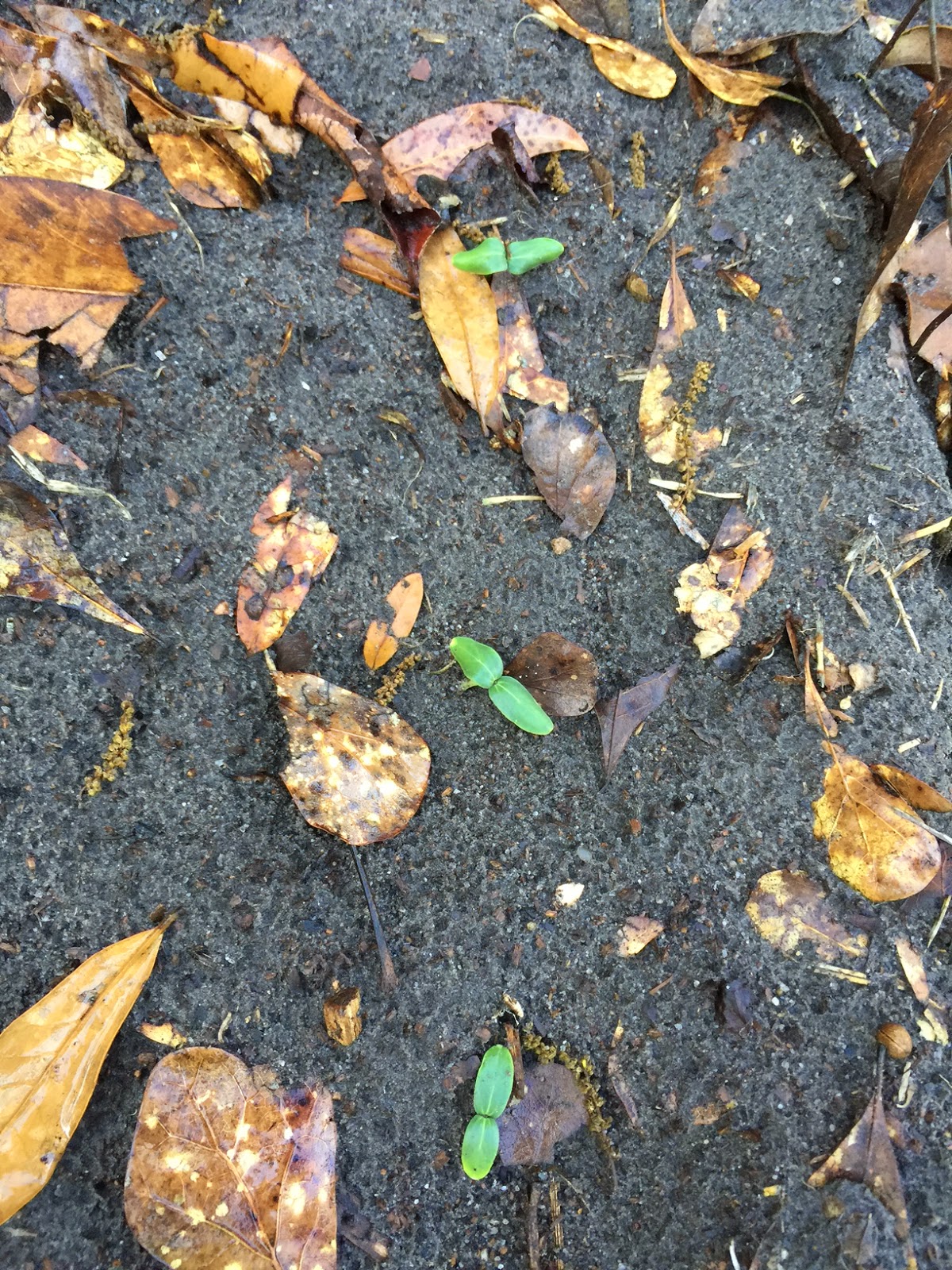 The cucumbers are coming up. So are the beans but I did not get a good picture of them so you'll have to take my word. 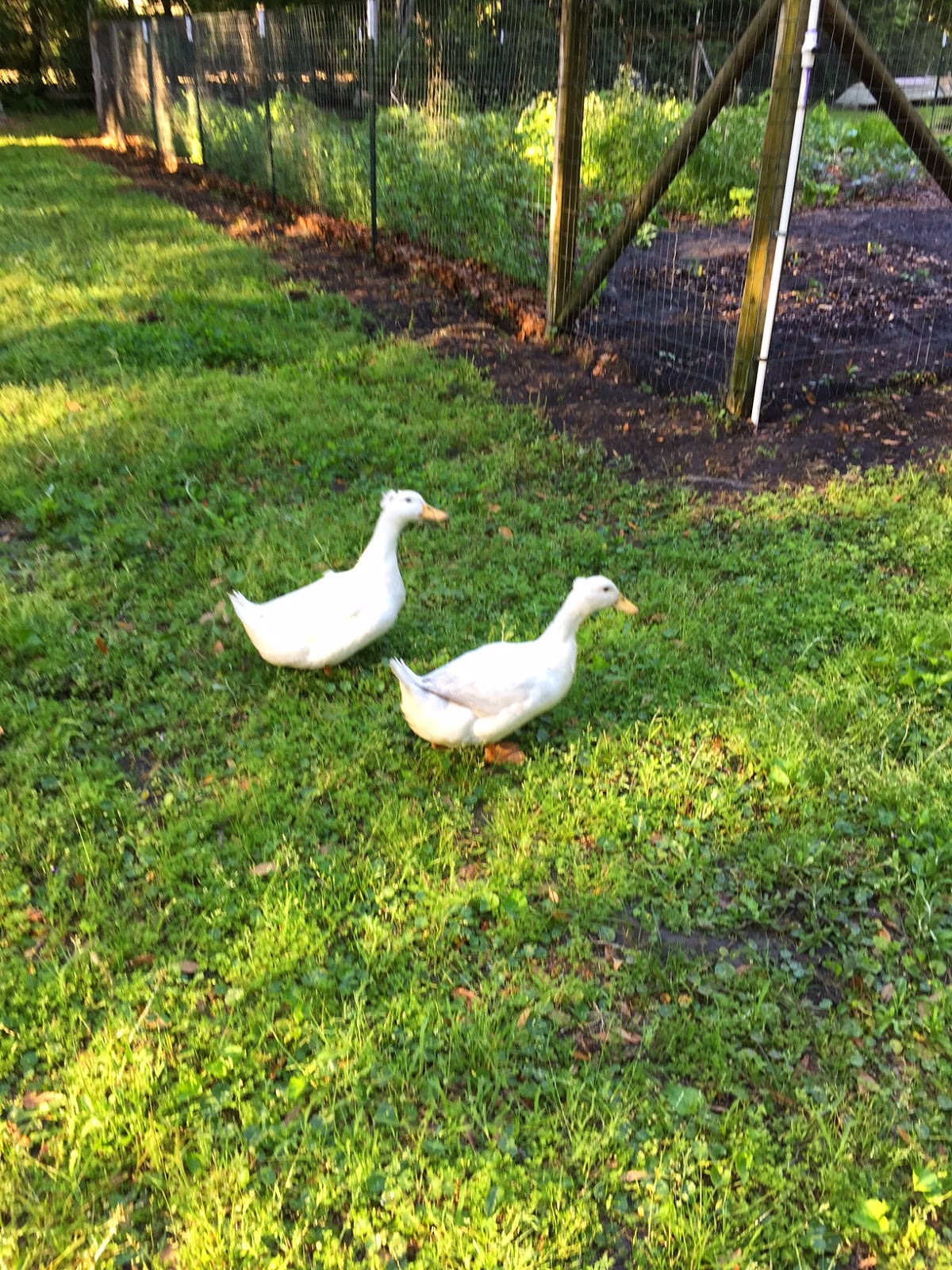 Lily and Willy, the very silly ducks who lay me an egg apiece every day and who talk amongst themselves all day long, a running dialogue which I swear, I can almost interpret. 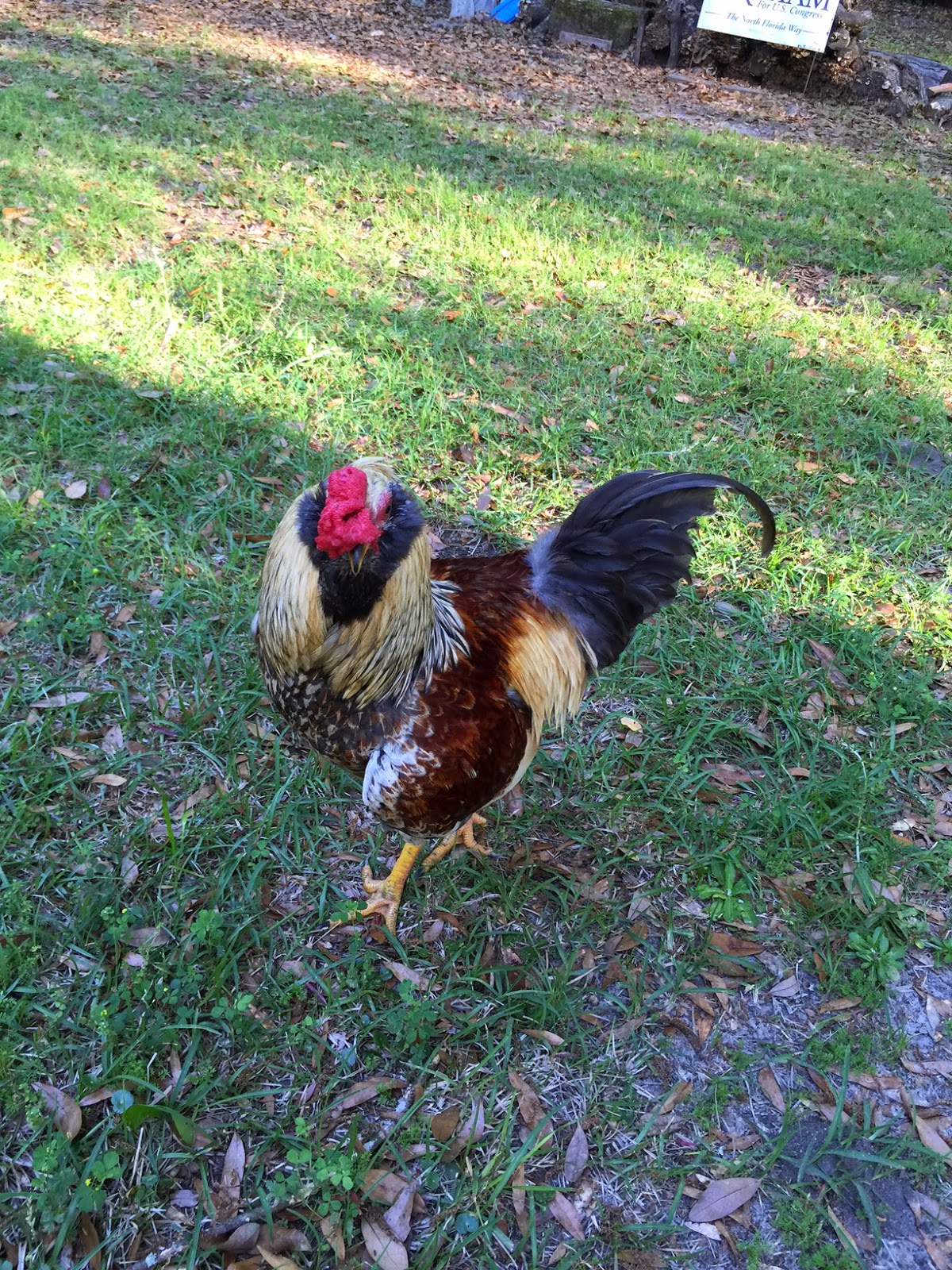 Mick, tilting his head to look at me. He is trying. It is not an easy job to be a good husband to the sister-wives but I have to say he's giving it his best. 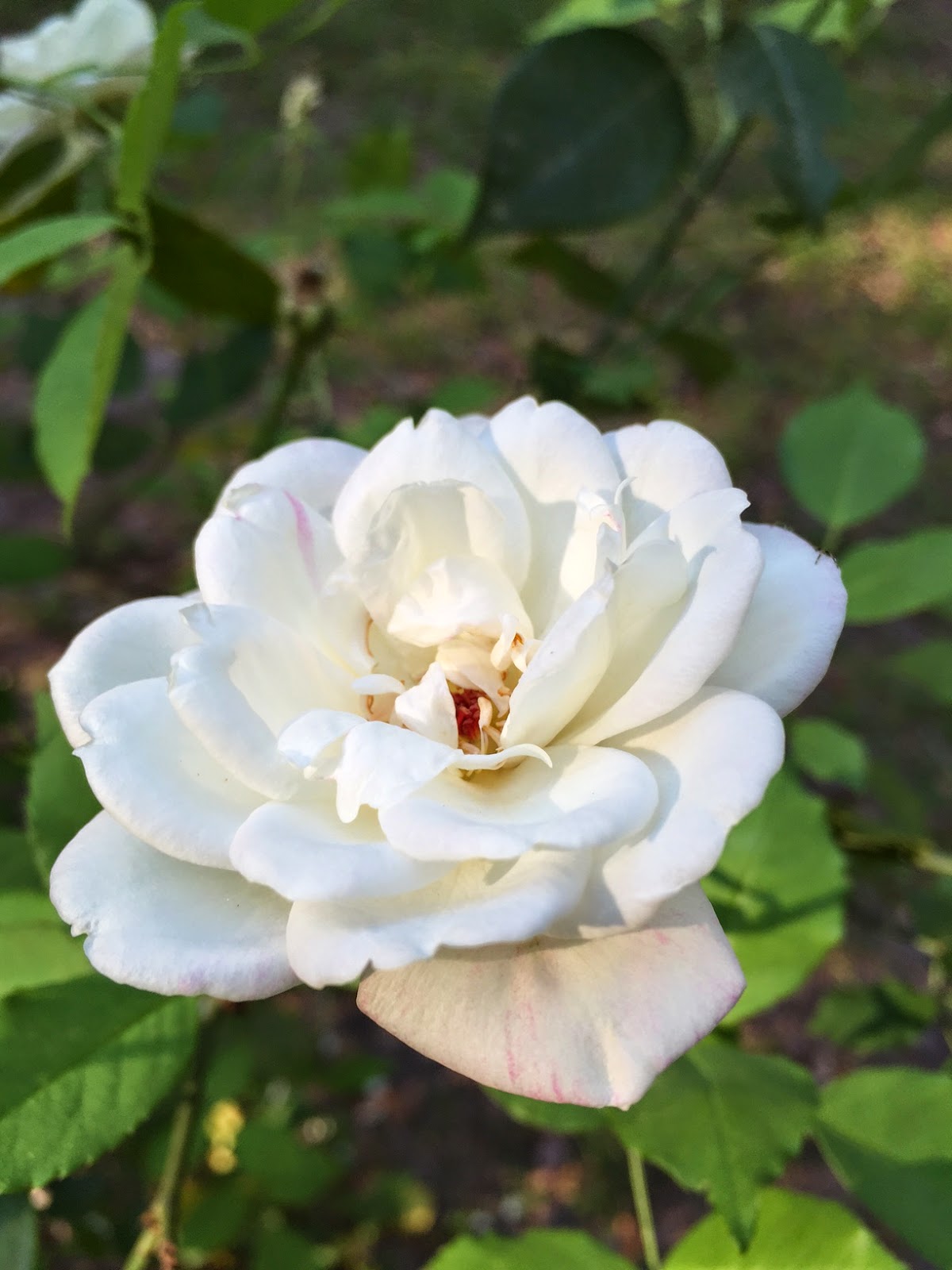 One of the pretty white roses, cupping the setting sun in its petals. 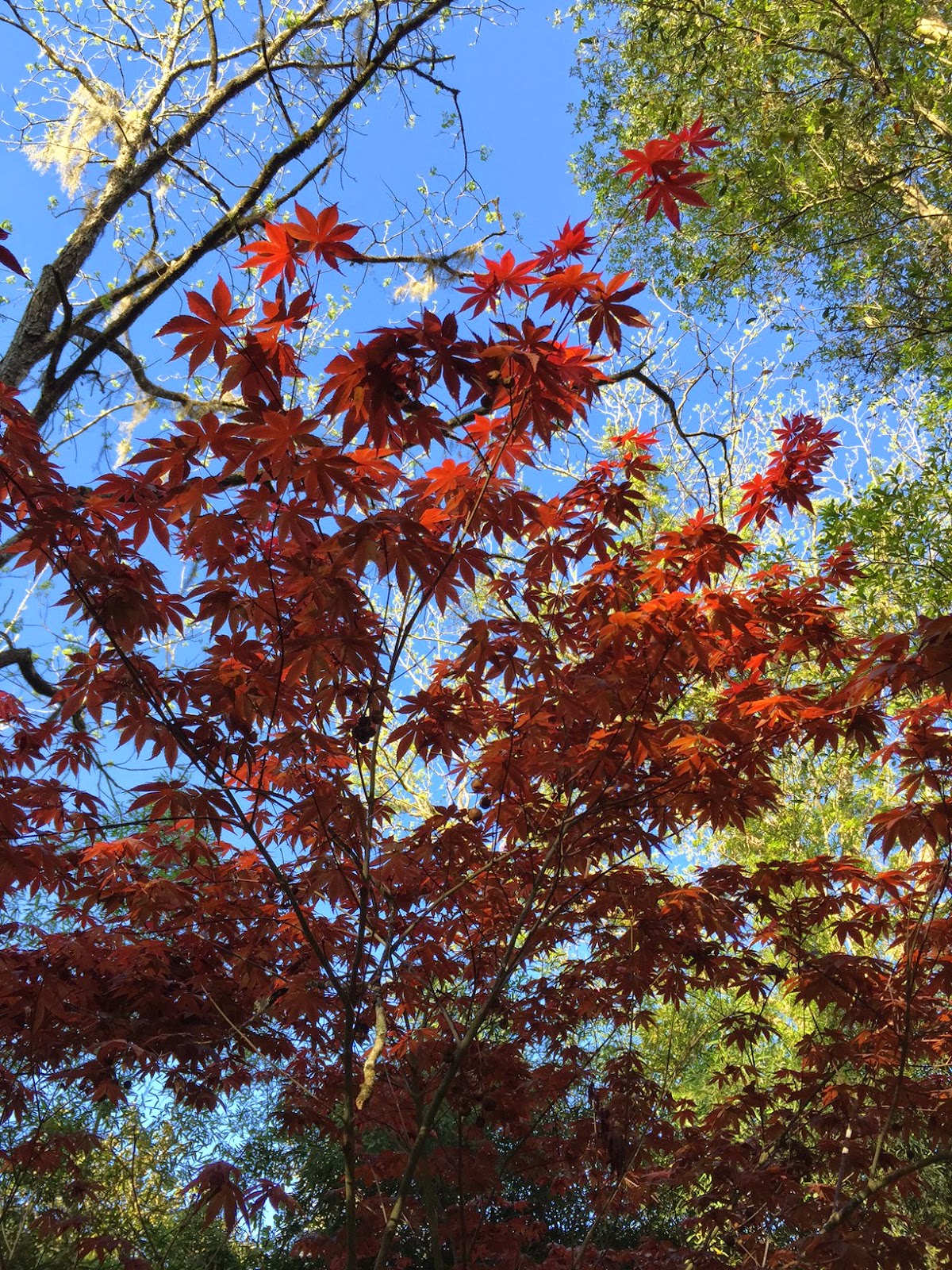 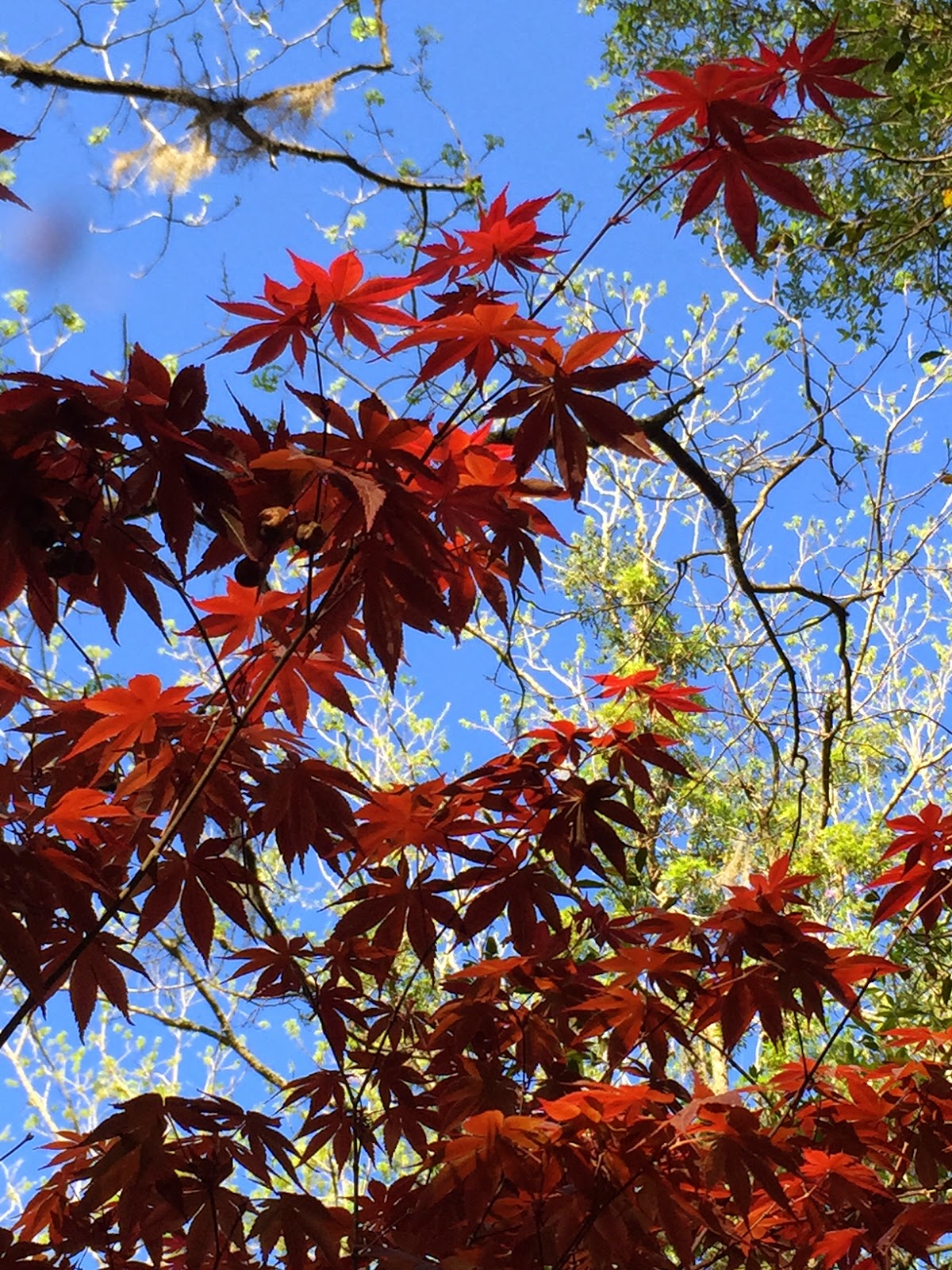 The Japanese maple. I could not choose between these two pictures. Red stars against a blue sky. 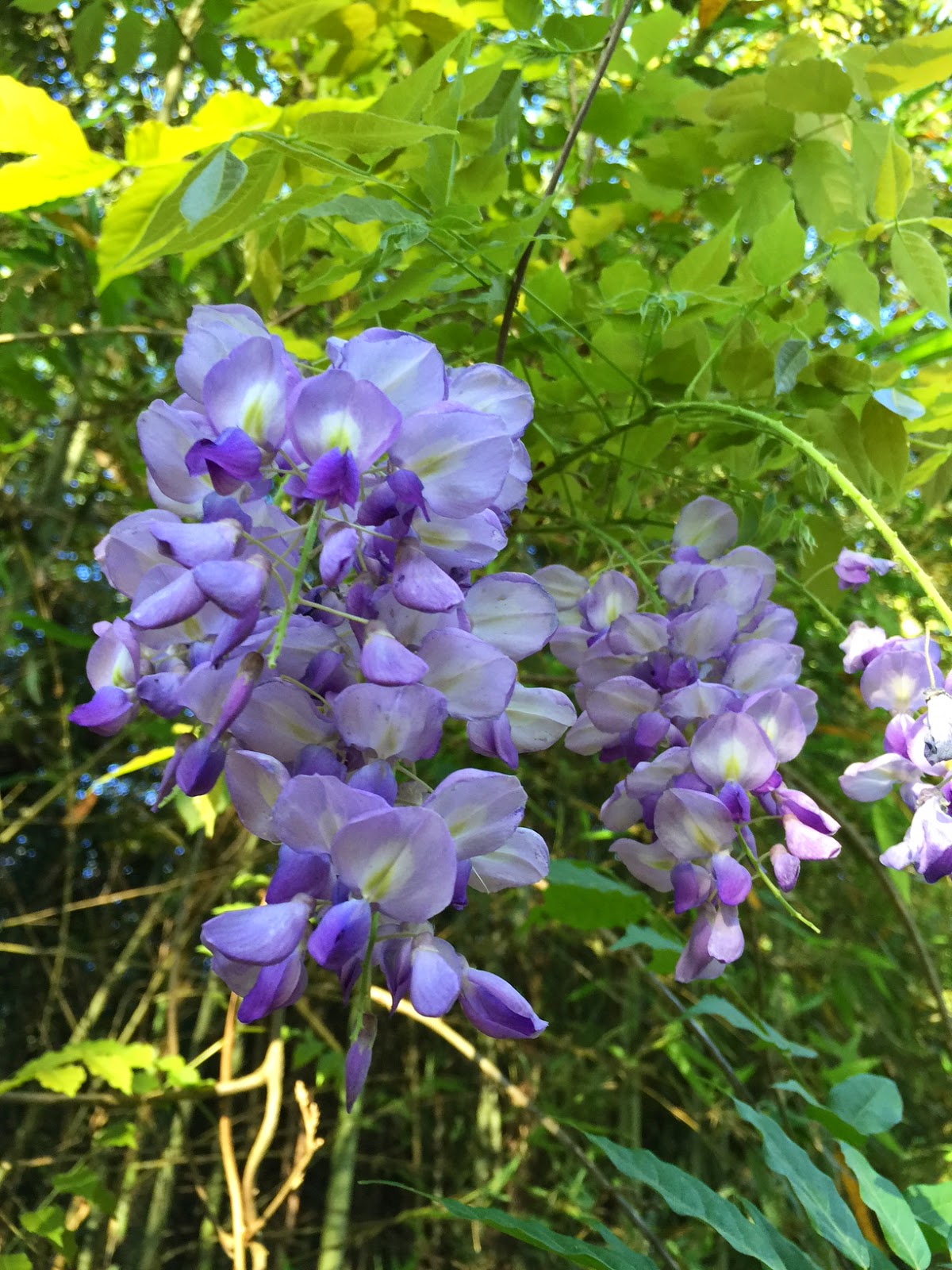 The last wisteria blossoms of the year. 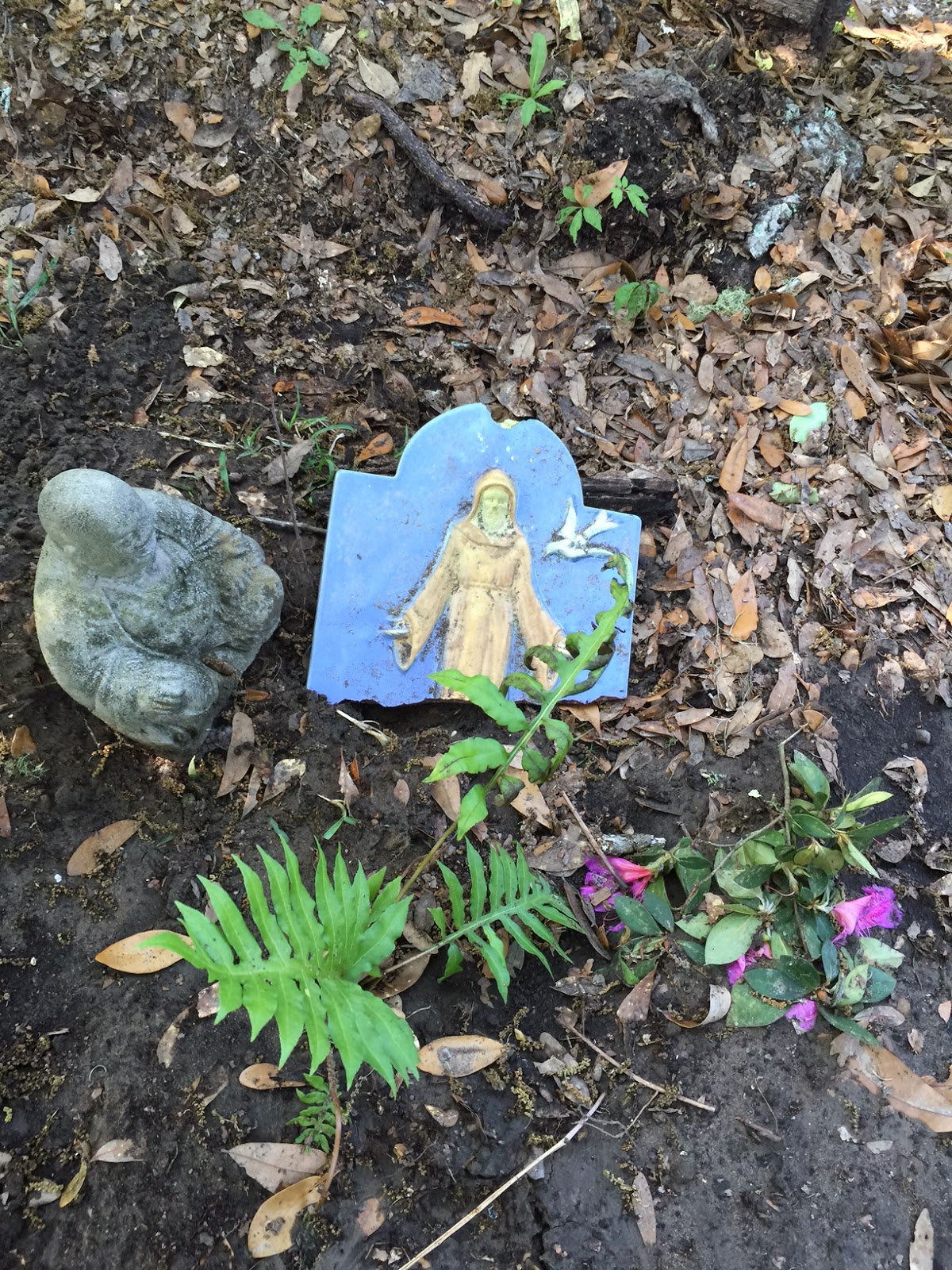 Elvis's grave where I put a broken tile of St. Francis which I found in the yard here a few years ago.
He and Buddha are doing a good job of watching over things. 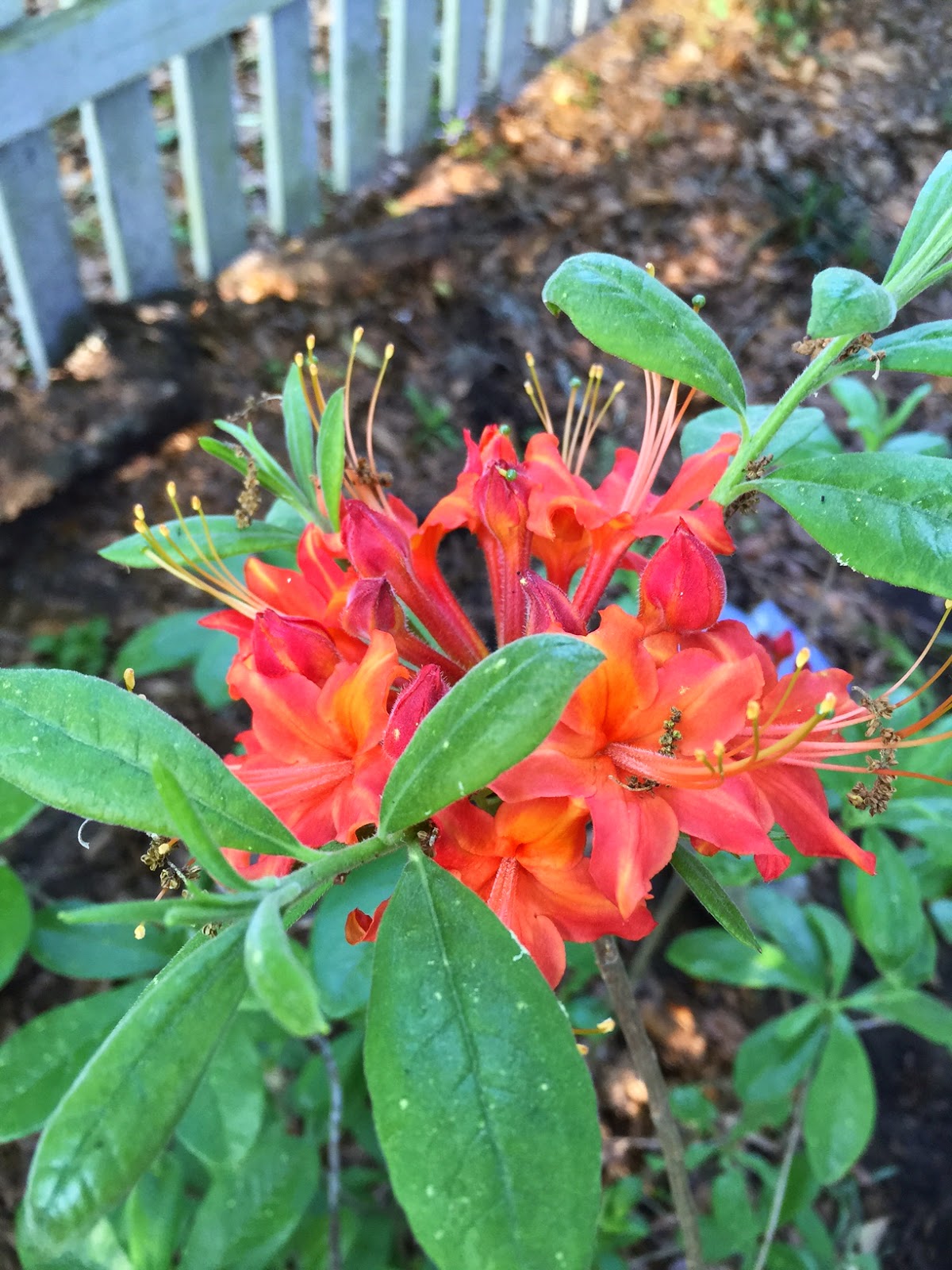 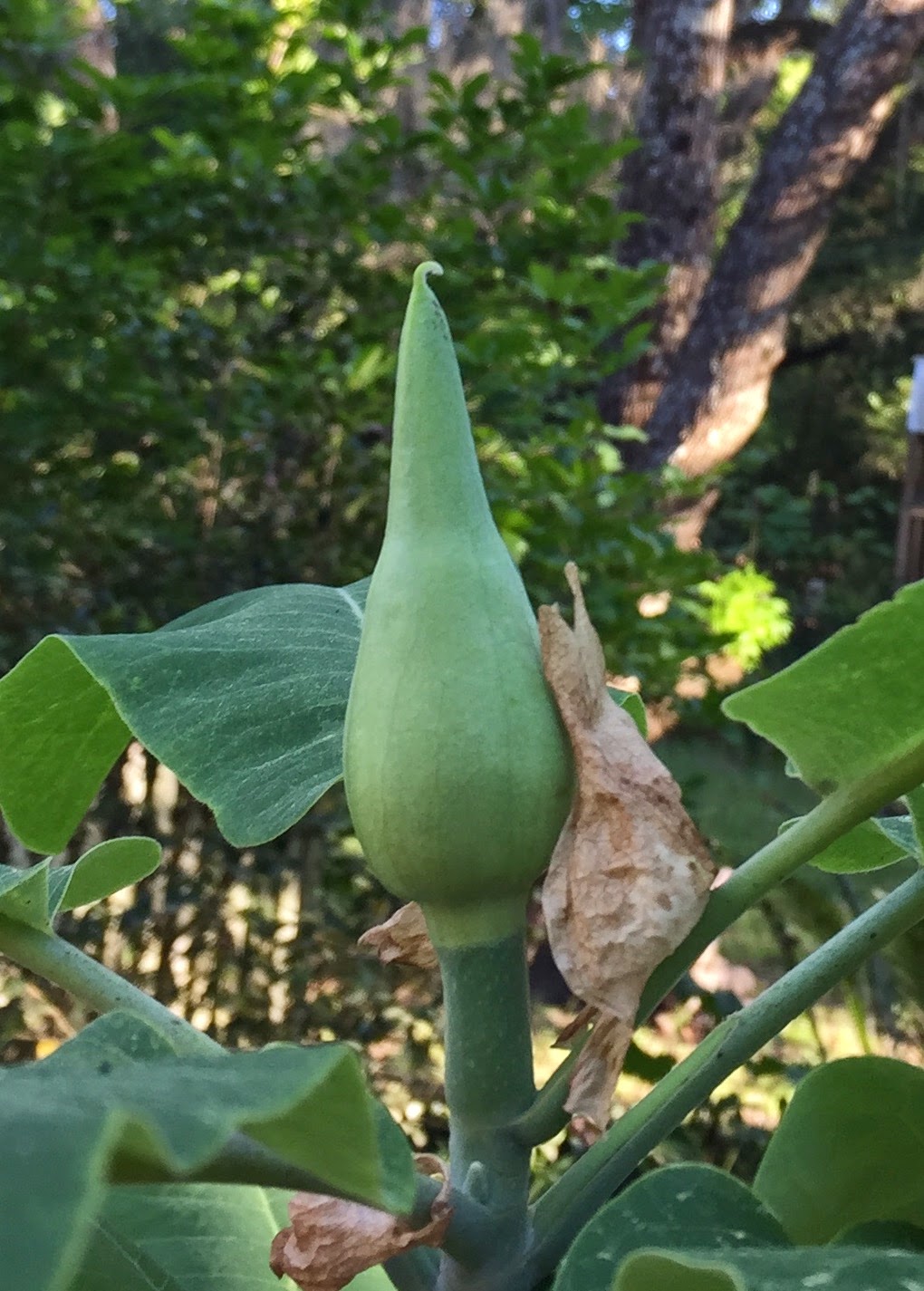 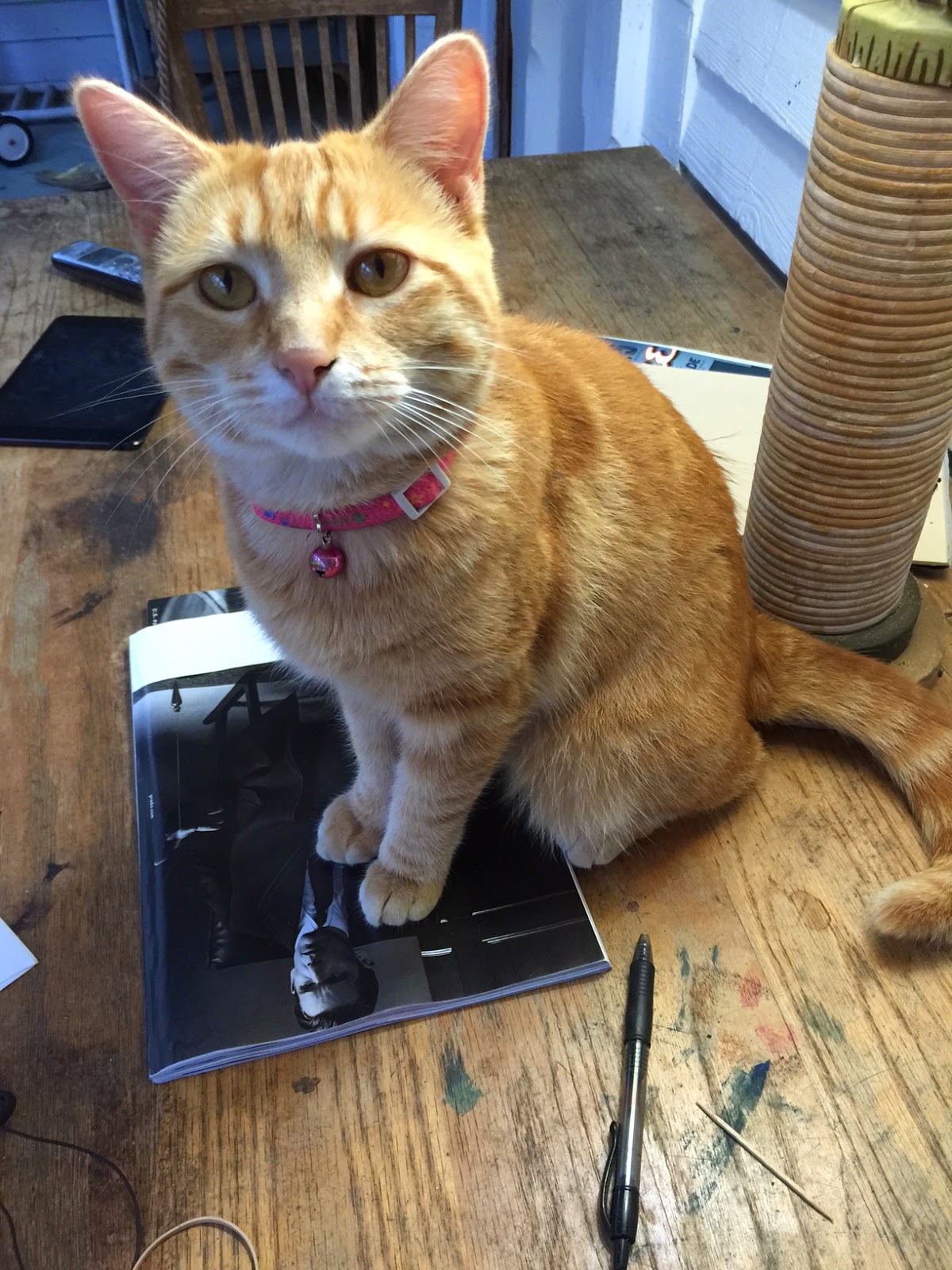 My familiar, still hanging with me.

Tomorrow I am going to go buy a ham, cook greens, boil eggs, make angel-biscuit dough. I just talked to Taylor who is the chef at Fanny's Garden Cafe in Tallahassee about her coming-up wedding in November which she will probably be having here and about how to boil and peel eggs.
This is how she said to do it:
Put the eggs in cold water with a lot of salt. Not vinegar. Salt.
Bring them to a rolling boil.
Cover and take them off the heat.
Let them sit for ten minutes. Exactly.
Put them in ice water.

She says she's never had a problem.

I believe her. She makes hundreds of deviled eggs a week.

What a sad, sweet day. I think I am going to listen to some Rolling Stones and make my supper. This is the song that's been playing in my head for a few days.
It's a song rich in sadness and sweetness. As the best ones always are.