Finally. A bit of rain. A few moment's downpour. Better than nothing. Tomorrow will be greener because of it.
And here's something else that turned out nicely-
I thought my phone's screen was cracked and I finally got around to taking it in and was astounded at what they charged to fix an iPhone's screen. Of course I was feeling terribly guilty because:
(a) Guilt and Shame are my default emotions, and
(b) I'm the nerd who refuses to put her phone in a big ol' clunky, bulky case.

Anyway, the guy looked at it and he said, "It might be that the screen isn't cracked at all. It might just be the plastic protector over it. Mind if I take that off?"
And he did and IT WAS!!!! 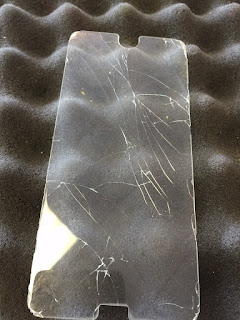 So then I went to Target and bought one of everything, rationalizing that due to the fact that I hadn't had to pay to get my screen replaced.
I swear to god, I thought I was going to have to text someone to come and save me from the Target. I could not get out of there. They have everything!

Okay- here's a question.
The last few pairs of cargo shorts I've bought have been the same size and I swear to you, after I've worn them for about fifteen minutes they've gotten so loose that I don't have to unbutton them or unzip them to pull them down to pee. It's ridiculous. I put my CD player in a pocket and half a dozen eggs in another pocket and they fall down. So today at the Target I bought a new pair and of COURSE they don't make odd sizes so I got the waist size which is two inches less, brought them home, put them on, and trust me- these are not going to be loose enough to qualify as comfortable no matter how long I wear them unless I wear them until I lose ten pounds.
WHY IS THAT?
And no, I did not try them on. Are you kidding me?
And no, I have not lost weight. Again...are you kidding me?

Well, if you know the answer, I'd appreciate it if you'd share.

And now I'm tearing up the kitchen and trying to get rid of stuff and organize stuff and I think I'm going to get this done. Yep. I do. And just in the nick of time, Lily and Jason's offer on the house they want was accepted so she will have a huge kitchen to fill up (well, relative to the teeny-tiny space she's been calling a kitchen) and so she may want my unwanted muffin tins and so forth.

Mr. Moon is on his way home and I need to stop what I'm doing and make some supper and finish up the laundry. I'm feeling a bit better, trying not to dwell in the Valley and the Shadow of Death, etc. because I DO fear evil which is pretty much as good a description of anxiety as I know if you define "evil" as anything bad that could possibly (and will undoubtedly) happen. My rod and my staff, they do not comfort me and I preparest a table every night but not before mine enemies.
No way. I have enough problems as it is.

All right. Bible study over.

And no, I have not found my simmer mats. This is maddening. Could I have thrown them away? Why would I do that?