Get Your Damn Bible Out Of Women's Wombs 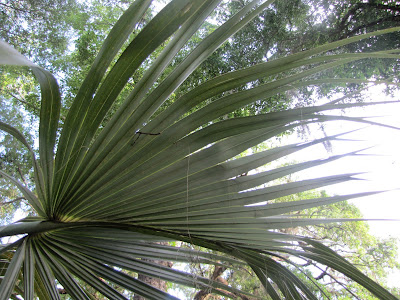 This is what I keep thinking about lately- a bill which is about to land on the governor's desk which would require every woman in Florida who seeks an abortion to have (and pay for) an ultrasound which she may opt out of viewing if she signs a statement indicating she did not wish to see it. Although, a woman who can provide documentation that she was raped, or was a victim of incest or domestic violence or human trafficking will automatically be exempt from viewing.

Documentation. Of rape or incest or domestic violence or human trafficking.
I can't help but wonder what sort of documentation that would be. A note from the person who forced himself on her? "I raped my daughter. She doesn't need the ultrasound."
Or
"Dear Medical Provider, This woman is one of the women I have enslaved and forced to have sex with men for money. In her position as a sex slave, she has gotten pregnant. Please give her an abortion and return her to me so that she may continue to work as a sex slave. Thank-you."

Of course this complete and utter strike against personal freedom comes from the religious right. They're hiding their real goal- which is to ultimately end the right of a woman to control her own body- behind medical excuses. It's such bullshit that I can't even find the words.

I'm so sick of people using religion to control others. It would be fine if they kept their beliefs in the church but no, they somehow get elected to public office. They use that public office to make laws. Those laws affect us all.

And where are the men in this? Where is the shaming, the you-are-a-murderer, finger-pointing for them? The ones who got these women pregnant? Oh, well, men. You know. They just like to have sex. That's normal. No. It's all on the woman. It's HER fault. She spread her legs. She didn't wait until marriage. She had sex when she knew she couldn't raise a baby if one resulted from that sex.

Here. Let me tell you about this child you are about to murder. Let me describe its beating heart to you. What? You don't want to hear about that? Well. Sign this form. We'll keep it in a file somewhere. Don't worry. No one will ever see it.
We promise. Oh. Don't forget to pay your bill.

And by the way, we won't help you raise this baby. We won't provide health care for her or for YOU, either, you sinful mother you. We won't feed her. That's your job. We won't make sure she has clothes to wear to school or a way to get to school and in fact, we won't ensure that the schools where you find a hovel to live in are capable of educating your child in a proper or safe way. No. That would be a burden to the tax payers.
But when your child grows up in poverty and ignorance and becomes a criminal to support herself or falls into addiction, we'll find a way to put her in prison. Oh yes. We love prisons.

Here. Pay for this ultrasound.
Here. Sign this form.
We're doing this for YOUR own good. Trust us. We are.

Meanwhile, the pro-life websites are heralding this proposed law as what it truly is- a way to ultimately end abortion and a woman's right to choose. They quote the Bible. They crow and strut over how they are saving millions of lives.

The bible tells them so, I guess.

Look. Here's an idea: Let's have men sign a form every time they have sex. That form would state that they know that having sex could result in an unwanted pregnancy. And that if it does, they will be willing to help raise the child if the woman decides to carry it to term. And if a woman does get pregnant, she can take THAT form with her to her health care provider. Who will then contact the man who signed the form AND law enforcement so that the man can be brought in to see whatever they want him to see, listen to whatever they want him to listen to, and be aware of his obligation in the entire business whether it ends in abortion or a baby.

How about THAT, Mr. and Ms. Lawmaker?
Sound fair?

Does to me. Of course, I'm just an old woman who has no desire whatsoever to be part of the political process on the level of being elected to anything at all. Who just wants to live her life and let others live theirs based on the personal freedoms that I have always thought this country was based on.

An old woman who freely admits she is batshit crazy but who has no doubt about why she is and what it is that has driven her there.
Posted by Ms. Moon at 9:07 AM