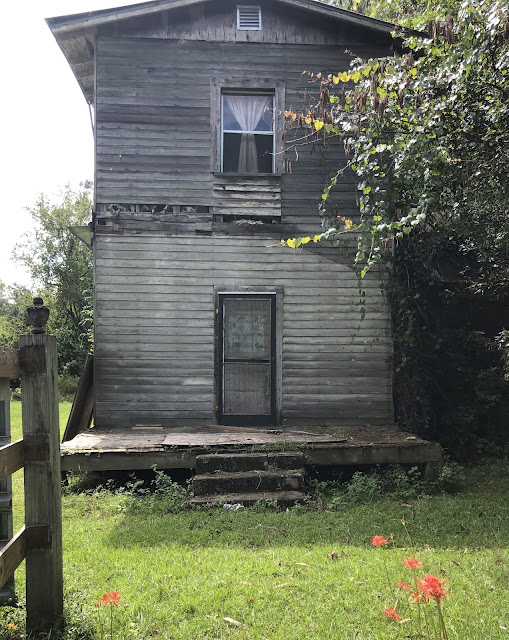 I had no excuse whatsoever not to take a walk this morning. It was cool and clear and although it was 11:30 by the time I hit the sidewalk, it was still fine outside. I don't think I broke a sweat until the 1.5 mile point which sure wouldn't have happened two weeks ago. The old house above is a few houses down from mine and I wonder about its history. It seemed some months ago as if someone was going to fix it up. A new fence appeared and No Trespassing signs went up and I saw a truck there sometimes but there's been no sign of any progress recently. That curtain in the upstairs window has been there, tied just like that ever since I've lived in Lloyd.

Down at the ranch a mile and a half from my house I saw some lovely huge cows, laying in the shade and when I got to the gate I saw this guy. 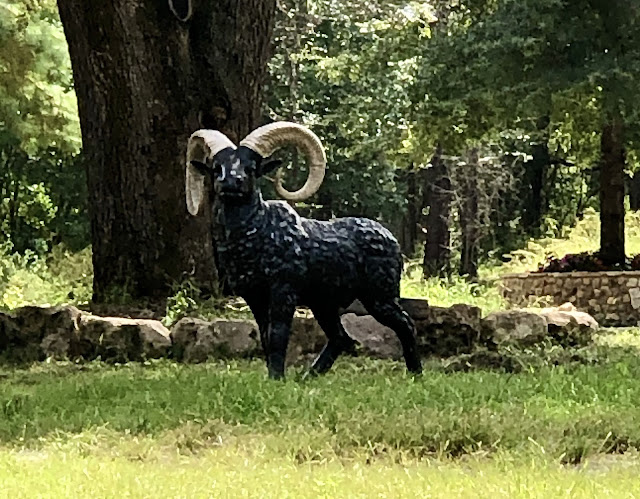 What a fine black ram! But I instantly realized that it was not a real ram but some sort of ram statue. I like him, though. His horns and whimsy appeal to me.
Oh, Lloyd!
The rest of the day has basically been shite except for talking to Jessie on the phone. We're trying to figure out a safe way to have a party for all of the September birthday people. Was it last year when we had the HUGE party with the giant bouncy castle and about fifty people over at Lily's? I think it was. 'Twas like a dream, right?
Starting with Owen's birthday on Saturday, we have Lily, Vergil, and August's birthdays before the end of the month. Billy and Shayla's birthdays are in there too.
This year though we're going to have to keep things a bit more low-key. Jessie and Vergil will be back on Thursday and I think we're going to have the party at their house. The presents I've ordered from Amazon are piling up here in my hallway. So Jessie and I were discussing the arrangements for a safe gathering. They're having a really nice time up in North Carolina and I'm so very, very glad they've had the opportunity to go visit.
After I talked to Jessie I called the Saucony customer service number because after three weeks my shoes still haven't gotten here and the tracking history has been telling me that they were in transit back to the sender. They made it as close as Jacksonville before they started a journey across the country to San Fransisco. The woman I got on the phone was very nice but completely mystified. They are based in Kentucky, not California, so why the shoes were being sent there made no sense at all. She conferred with someone and told me that they had no idea what was going on (there was an actual "bless your heart" in there) and that they could either refund my money or else give me a discount if I wanted to wait for the shoes to try and make their way back to Lloyd where my feet await them.
"I have no idea when that could happen," she said.
I chose the refund and immediately went to order another pair because dammit, I NEED new shoes and I filled out all the information and promptly got a message saying, "Would you like to be notified when this item is back in stock?"
Fuck. Me.
And this is a prime example of a first world problem and it's not that big a deal. I can order a different style and meanwhile, although worn and shitbeat, my old shoes still have laces and a sole so who cares? Not like I'm training for a marathon.
It was just one more thing on the list of crap that's making me feel like life is meaningless, impersonal, and that the universe just does not care.
A long, long time ago I posted this picture of R. Crumb's Mr. Natural. 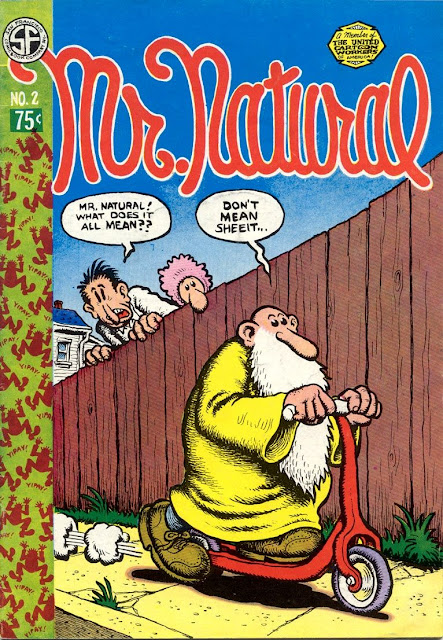 Mr. Natural has been my philosophic touchstone for many years. Our beliefs align.
When I went to find that image by googling it, I also found this one. 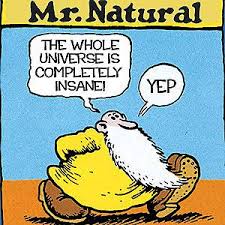 And guess what the source was?
You can find it here.
Where you can also find this timely reminder. 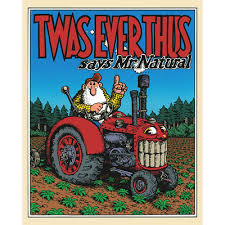