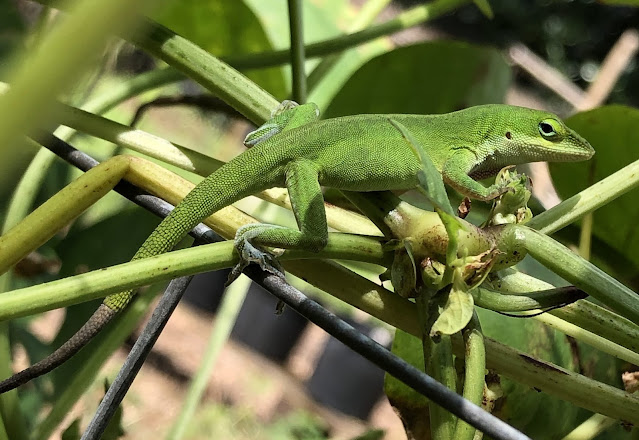 I absolutely love the expression on this guy's face. Or gal's face. Whatever. The way that blue eye is cocked my way- "Yeah. I see ya. Back off HUMAN!"

I took that picture when I was out picking the last of the field peas which is the only damn thing I did today which resembled labor in any way, shape, or form. And that was hardly difficult although the red ants that swarm the plants tending their herds of aphids (I guess) bit the crap out of every body part of mine they could find. They are small but they are powerful. I managed to pick a nice basketful of the peas though and so we'll get one more fresh meal out of them and now the plants need to be pulled to make room for the fall stuff.
I will wear gloves for that chore. Little fuckers sting like hell.

So guess what today is? OWEN'S ELEVENTH BIRTHDAY! Can you believe it? I can't. Some of you have been part of this family long enough to remember the day he was born. If you have any interest in reading the post I wrote the night of his birth, you can find it here.
Lily had a long, long labor because she was induced due to the doctors being freaked out that she was a week or so "overdue" and they claimed that the baby was getting "huge." He was certainly a big, fine boy- 9 pounds, 4 ounces- but Lily weighed over ten pounds at birth and I delivered her at home. Lily is just about six feet tall and I am 5'4" so I'm pretty sure she could have managed.
But of course what matters is the end result and in this case, that was Owen and as Lily said today, she wouldn't change the birth for anything because it made her a mommy. She also said, "The world knew I needed a trial by fire to shape me up for my crew! LOL!"

She's a lot more graceful about that than I would have been.

And so eleven years ago that boy made me and my man grandparents and except for the days our own children were born, it was the best day of our marriage up to that point. Plus, I didn't have to give birth. 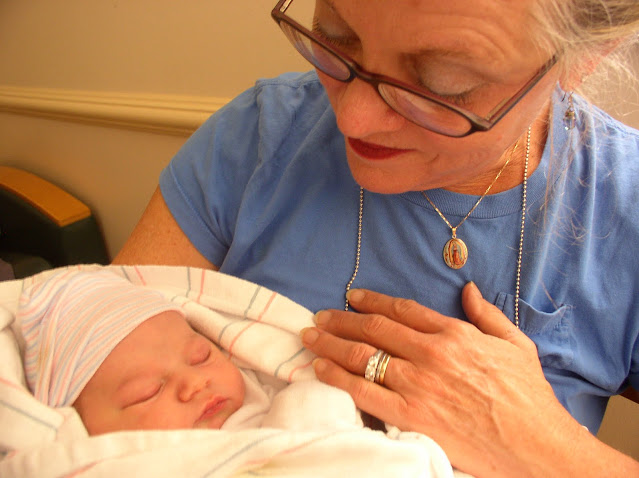 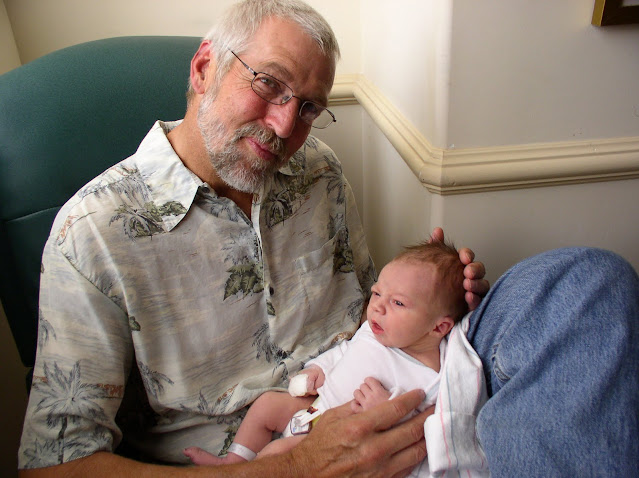 These pictures were actually taken the day after he was born and I distinctly remember putting on make-up to go see my new grandson. Wasn't he a little peach?
He's still a peach but not so little. He's also still our first grandchild, always will be our first grandchild, and he's the one who gave me my grandmother name. He's the grandchild I tended the most as a baby and a little boy, the one I made up the Mr. Peep story for, the one I got out the old baby books and story books for, the one I always told, "You are my little prince," when I kissed him good-bye when he went home. He's the one I played the Rolling Stones for all the time as we played bounce-the-ball on the stairs. He's the one I got a high chair for and he's the one I got sippy cups for.
He's the one who showed me how much more love a human heart can hold than even I, the mother of four, knew.
Hell, he's the one on my phone screen to this very moment. 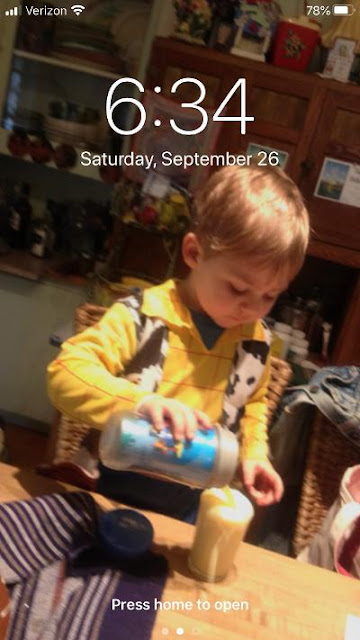 Remember when he wore his Woody costume all the time? 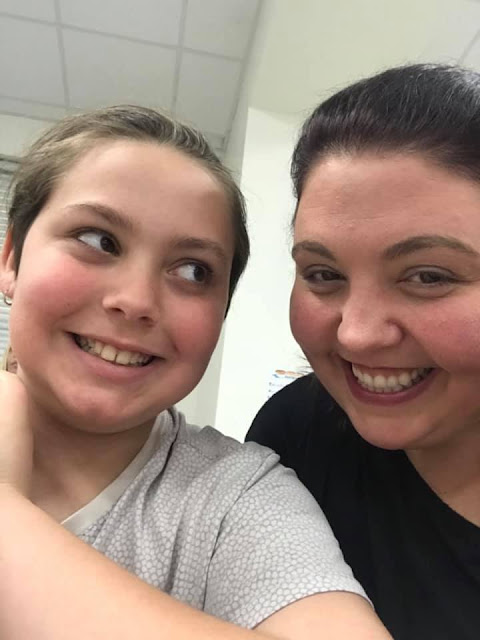 In the post I wrote the night he was born I said that I didn't know who he looked like except for himself. I think we know now exactly who he looks like. His beautiful, strong mama. Moon genes all the way.
And in a related note, Lily sent this picture just a little while ago. 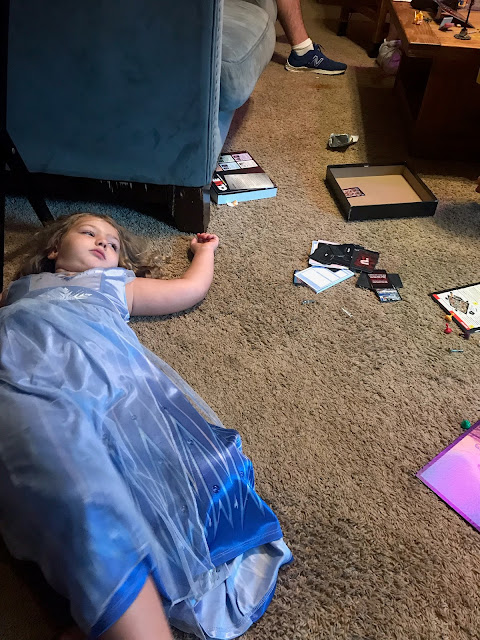 Lily wrote, "What she does when asked to pick up the game she got out."
To which Mr. Moon replied, "You spent half your childhood thrashing on the ground. 😂"
Which is true. Lily's childhood was not an easy time for anyone, least of all herself. But I always told myself that if I could keep her alive she would grow up to be an incredibly strong and amazing woman.
I was right.
And Magnolia will too.
When I said that the Moon genes are strong, I meant that in all respects.
So. Happy birthday, Owen Curtis Hartmann. You're practically a grown man now and you have my heart and you always will. And as much as I am sure you cringe to hear this- you are always my little prince and you will still be when you've become a foot taller than I am.
Which will probably happen sometime next year.
I sure do love you.
Love...Ms. Mermer Moon
Posted by Ms. Moon at 7:06 PM