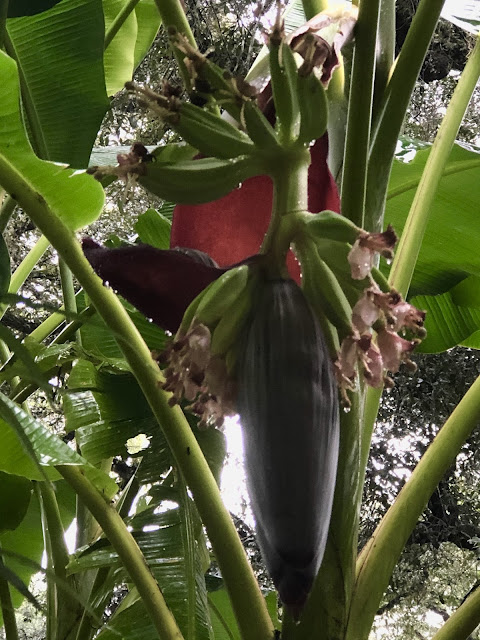 That is the banana picture from yesterday. Look at all those little baby bananas!

Today has been just as exciting as every other day which is to say, not at all. I've been ridiculously useless and even sat and embroidered my silly embroidery on my falling-apart dress and watched some more of the last season of "The Office." I am not kidding when I tell you that I do not know what I'm going to do when it's over.
Maybe just watch the whole thing over again.

I've got a pain in my neck which, as I just told Lis, is better than a pain in my ass, I suppose. It's a rather serious pain. Not like freshly broken ribs but still annoying as hell. It's even giving me a slight headache. I know that when I fell I probably did all sorts of hellvacious damage to my spinal alignment if, indeed, I still had any to begin with. Add that to the fact that I've been having to pull on the doors around here to open them with all my might because they're all swollen up from the rain and humidity. I am NOT complaining about that. It's just a fact and I really do have to tug and tug and tug to get those doors open so who knows? Not me but it's even been waking me up at night. I should probably go see a chiropractor.

Besides that, though, everything is okay. Instead of feeling bad about being useless I've felt completely accepting of it. It is Sunday, after all and as a meme I saw the other day pointed out, even ol' Yahweh took Sunday off for a little self-care.
We all need self-care. So lean in and sit with that for awhile and don't forget your green tea, either.

I have to add that SOMEONE around here definitely did NOT take the day off. I found two extremely large eggs in the hen house today. 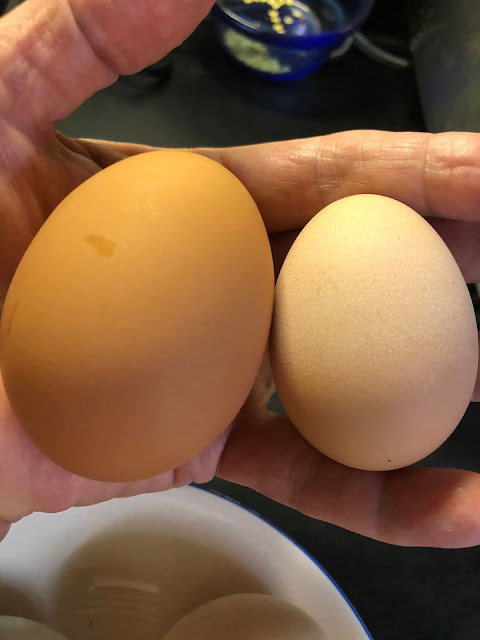 There's one of them with a normal sized egg.
As you can see from the picture below, each hen's egg varies in size according to...well, I'm not sure. Color varies according to breed. 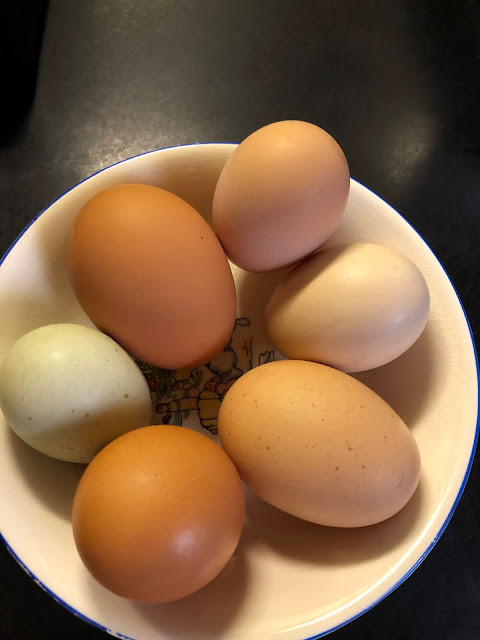 The paler tan egg right across from the huge dark egg is also above average in size. That picture makes it look like it's bigger than the other one but it's not. 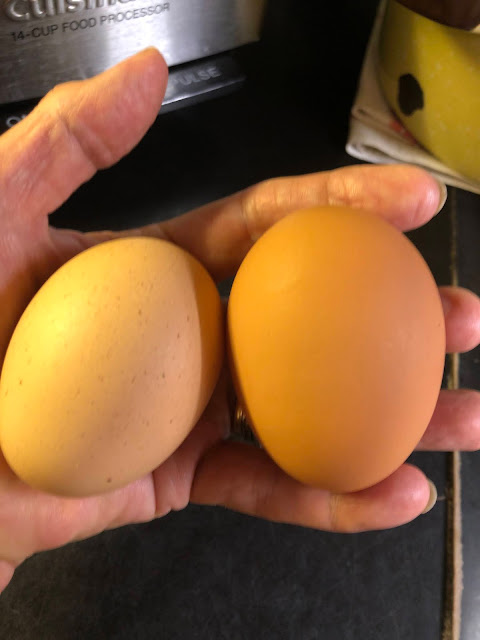 There they are together.
Don't be jealous that my life is so packed with excitement, fun, and constant frivolity. Someone is going to have to replace the Kardashians on the TV and I'm thinking that maybe it could be me and my chickens. What do you think? Ooh. Think of all the free shit I'd get for product placement. Why, just today I looked up an automatic chicken watering system with NIPPLES! 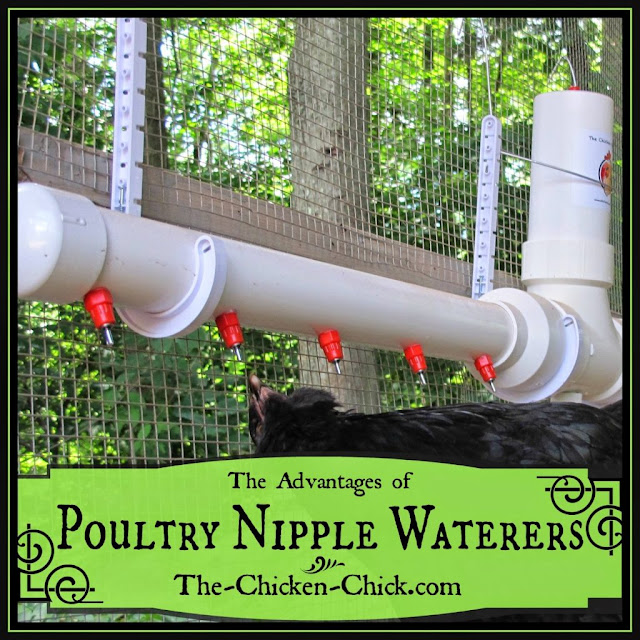 And you thought I was kidding, didn't you?
I better call the network and let them know that Mr. Moon and I are available. I think that even Maurice would agree to be filmed. 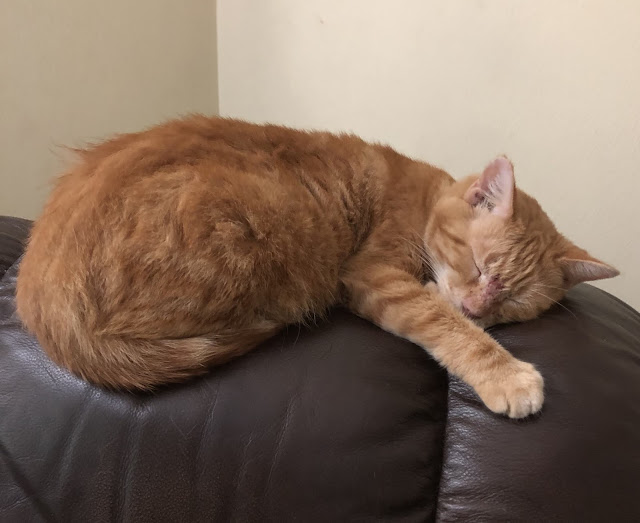 A little hair and make-up would probably be required for all of us.
Oh wait. They'd probably want me to wear a bra.
Forget it.
I'm going to go make fajitas now.
Love...Ms. Moon
Posted by Ms. Moon at 6:22 PM