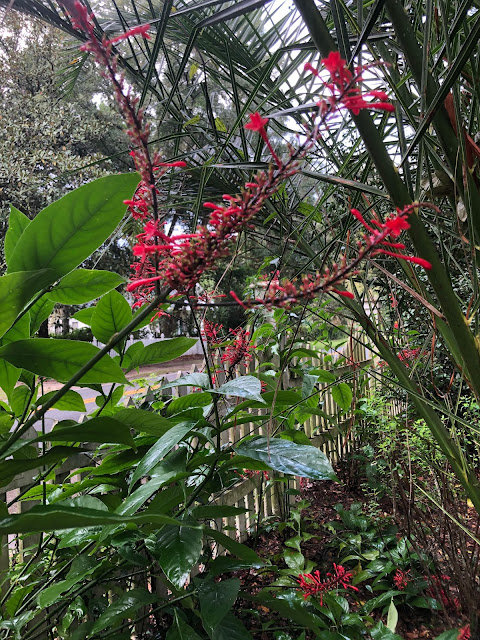 I'd like to talk about what happened yesterday with Jacob's sons. A lot of you were so kind in defending me from what you perceived as rude behavior and although I appreciate that, it's more complicated than that.

I live in a very mixed community. And when I say "mixed" I mean racially, divided mostly between white people and black people. But I also mean mixed in the sense that although none of us in this immediate area appear to be vastly affluent, some of us are comfortable and some are absolutely living in poverty.
Now that line that is not entirely drawn in black and white. There are some very fine large houses with gorgeous lawns where some of my black neighbors live whereas one of the most junked-out, trashed-out, broken-down trailers in the area houses a white family. I cannot believe the trash in that yard. I mean literal trash. There are modular homes which are not junky in the least but very tidy, very well-kept, and black and white families live in them. Meanwhile, right here at the corner of Old Lloyd Road and Highway 59 where I live, there are several larger houses, some of which predate the Civil War (mine does) which were most likely built with the labor of human beings who were kept as property.
Slaves.
I have no doubt that the descendants of some of those people still live in this area.

Jacob and his family live in one of the poorer-looking places that I walk past. As I said, there are several houses on the property and I can only imagine that they are hot as hell inside, even if there are window units, and that in winter they are cold. Not as bad as where No Man Lord lives which is in an old RV that has a tarp over it to keep the rain out. I imagine that everyone knows where I live. I may be of slight interest simply because I am the old white woman who walks. And have been walking here for over fifteen years. When I first moved to Lloyd, people stopped to ask if I needed a ride all the time.
Now they know me and my habits.
But here's the thing- I may be just an old woman who walks and whose chickens can be observed from the sidewalk and who wears tattered overalls daily and who works in the yard but I am also white and I also live in a rather large house, even if it does need spray washing and painting desperately and has paint peeling off the ceiling and mold on the walls and has a floor that tilts in the kitchen. And it doesn't matter to some people what my politics are or what my heart is like- I represent, by my color and my Prius, and my house- obvious privilege.
And some folks just don't want to mess with that.
And I don't blame them.
Also? I haven't earned anyone's respect.
Another aspect of the whole situation is the matter of privacy. I live behind a fence and a dense border of azaleas and palms and firespike. Just the fact that I have the time and leisure and also money to create this barrier between me and the world says more than you can imagine. No Man Lord's RV is on a bare piece of land. He sleeps often in a lounge chair under one of the few trees on his property just a few yards from the road. His only water source is a spigot right by the sidewalk. His "fence" is string which he's tied between posts where he sometimes hangs his drying laundry which he no doubt washed by hand. So if he is sitting in a chair reading his Bible and I walk by and say "Good morning" and he doesn't answer, I get it. Or at least I think I do. And if Jacob's sons do not care to waste the energy to say hello to me, I get that too. Their houses, the cars they work on- they're right there beside the road too.
And who knows? They might have been having a terrible day. You never know. And everything I've written here is just my own theory and are my own thoughts.

I guess what I'm trying to say is that I do not live in a place where everyone is essentially very similar. Some of us here may as well come from different planets and my heart tells me that I have to respect the differences even as I am vastly aware that we are all the same in many ways.

I hope I've done an adequate job of explaining this. It's extremely difficult and often uncomfortable to discuss race and financial disparity but they are part of reality. Certainly part of my reality. It's complex and so much of it is wrong and I have no answers for how to make it better. I just try to be friendly and respectful. Always respectful.

And of course, there is always the possibility that Jacob's sons really are rude, but I don't think so. 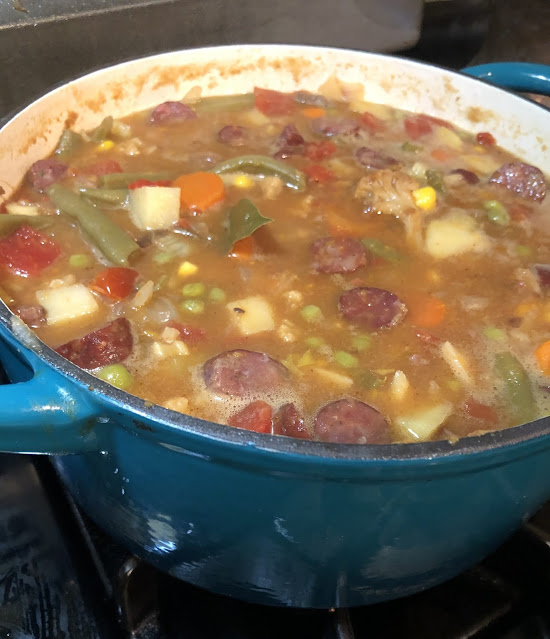 Soup with leftovers. In my new dutch oven which I have used several times now with very good results. I love the size of it which is so much smaller than my other soup-making pots. It limits the amount of soup I can make which is a good thing in that I am only cooking for two. I've got a huge loaf of sourdough ready to go into the oven and that will be our supper.
Here's a last little bit of summer's bounty that I picked yesterday. 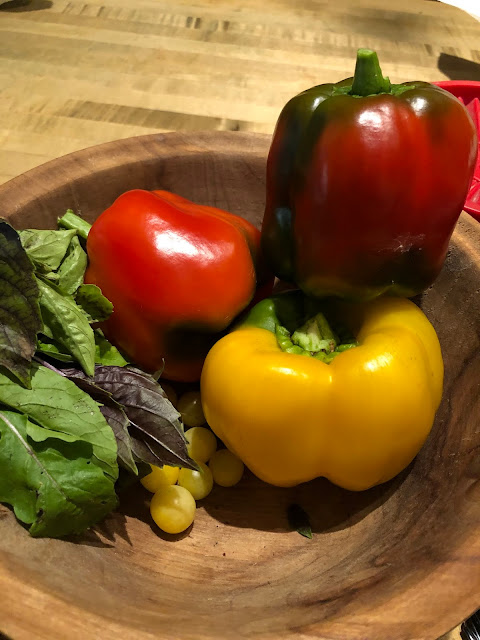 Some pretty peppers, a few tiny yellow cherry tomatoes and a mix of basils that went into our salad.
And here are pictures of August and Levon, almost home from North Carolina! 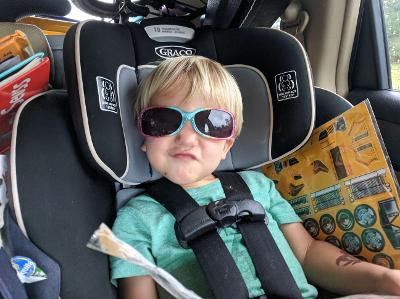 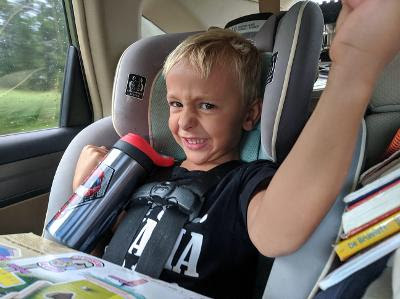 Jessie said that they are making faces like their cousin Mayda who makes some awesomely scary faces.
And tomorrow we will see them at the socially distanced birthday party. If it doesn't rain.
One more picture. 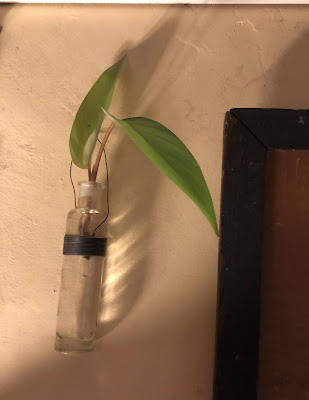