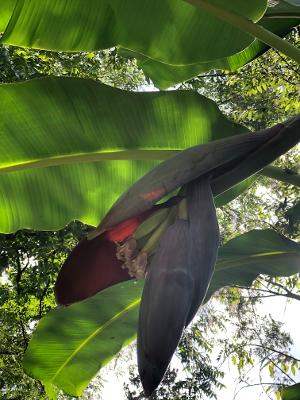 Well, dear Steve Reed told me how to make my pictures the size I want them and I am grateful to him for his advice. That extremely tropical-looking thing there is my banana bloom and I think those little green things are the actual bananas. Here's a shot from right underneath. 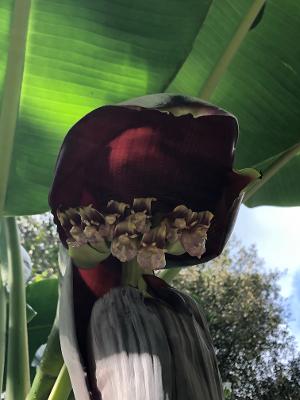 I am so intrigued by this flowering and the fruit.
When I got up this morning Mr. Moon had already gone to town. He had a scheduled physical at 8:45 and then he had things to do in town. A long, long list of things which he didn't finish up until just a little while ago. But all of his bloodwork came back good and he is a healthy boy and I am happy.
About that, at least.
I am struggling somewhat these days. It's probably Covid-related but it actually feels more like just a continuation of how I've felt for most of my life which is slightly depressed and when I feel that I've felt this way for most of my life I have to realize that yes, it is most likely depression although I would have to say that it's a mild sort. Not a snapping, foaming-at-the-mouth, pawing-to-get-in-the-door black dog sort of depression. More of a sleeping beast on the porch who raises his head and growls occasionally, showing me his fangs just to keep me in line. I didn't walk this morning. I have no excuse. I just didn't want to. When I feel this way every thing seems to take all of my energy, even the smallest things. And I only did the smallest things although I picked more field peas and while I was picking rain started coming down, first just in slow, big fat drops, and after I was done and inside, it came down more seriously. I've spent most of the day sitting on the couch and shelling those peas and watching the last season of "The Office" and I am grieving for when it's over entirely and I don't know what I'll have to look forward to in terms of a simple pleasure that sometimes makes me laugh.
Lily sent me these pictures though, which cheered me. 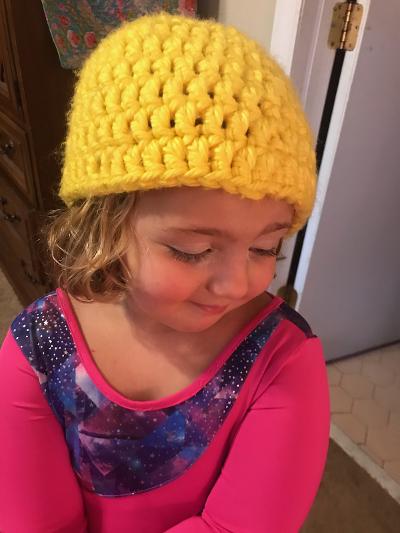 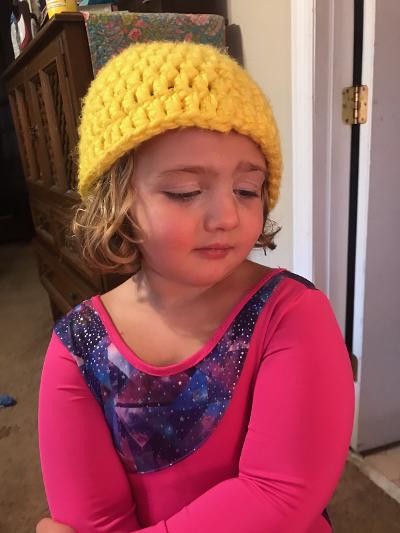 Her text read, "Maggie making faces to showcase her glitter fabulousness."
The child is so beautiful. Even without her ringlets. Every time I see her short hair I have a moment of silence for those curls but then I think of the story Gibson told about how, after she'd cut her hair and all was still in chaos, he happened upon the shorn glory in the bathroom and shouted, "I FOUND THE HAIR!" and I laugh a little.
I also think about Maggie when she was just a wee tot, still crawling and we were at Melissa's shop, getting haircuts and Maggie crawled over to the chair where her mama was sitting and that woman-baby picked up locks of hair on the floor and held them to her head as if trying to stick them on so that she, too, would have long lovely hair.
Remember when she looked like this? 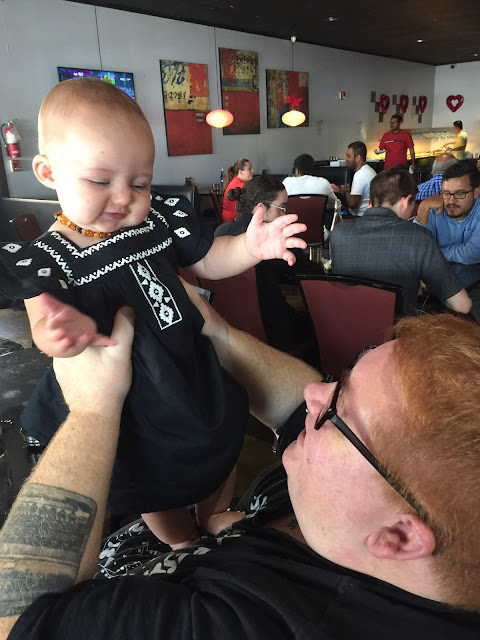 It's hard to believe there was ever a time when Magnolia was a bald-headed baby. But she was the most adorable bald-headed baby in the world.
Okay. I may be prejudiced.
Don't you love Hank's typewriter tattoo?
It's raining again. I just about burned a loaf of sourdough. I mean, it's on the edge. I don't know what's wrong with me. My pizza dough last night just would not cooperate. I've made pizza hundreds of times and this was the worst. I made two pies and this one insisted on being  heart-shaped. 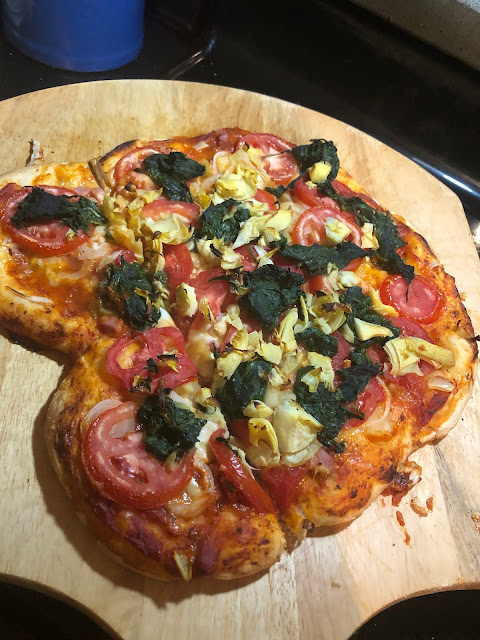 Sort of. At least it tasted okay and as you can see, had plenty of vegetables.
I don't even know what to say about Trump these days. It would appear that he's flying off the rails and that new things are revealed daily showing what a horrible, lying, asshat piece of shit he is. I keep wondering if all of the people who think that Coronavirus is a hoax are re-thinking their positions with the knowledge that Trump lied to them.
I doubt it.
I can't even begin to discuss his using the DOJ to defend him in a rape case.
Let's see what tomorrow brings. May the gods help us.
Love...Ms. Moon
Posted by Ms. Moon at 6:19 PM